Good Friday a time of hope and gratitude: Archbishop Mataeliga

The usual hustle and bustle to end the working week was this morning replaced with a peaceful pause across Samoa, as a nation founded on God paused to commemorate Good Friday.

Good Friday marks the crucifixion of Jesus Christ and his death at Calvary, preceding Easter Sunday.

While other churches held services early Friday morning some of the Catholic Churches such as the Divine Mercy City, Malololelei re-enacted Jesus's crucifixion or the Stations of the Cross. 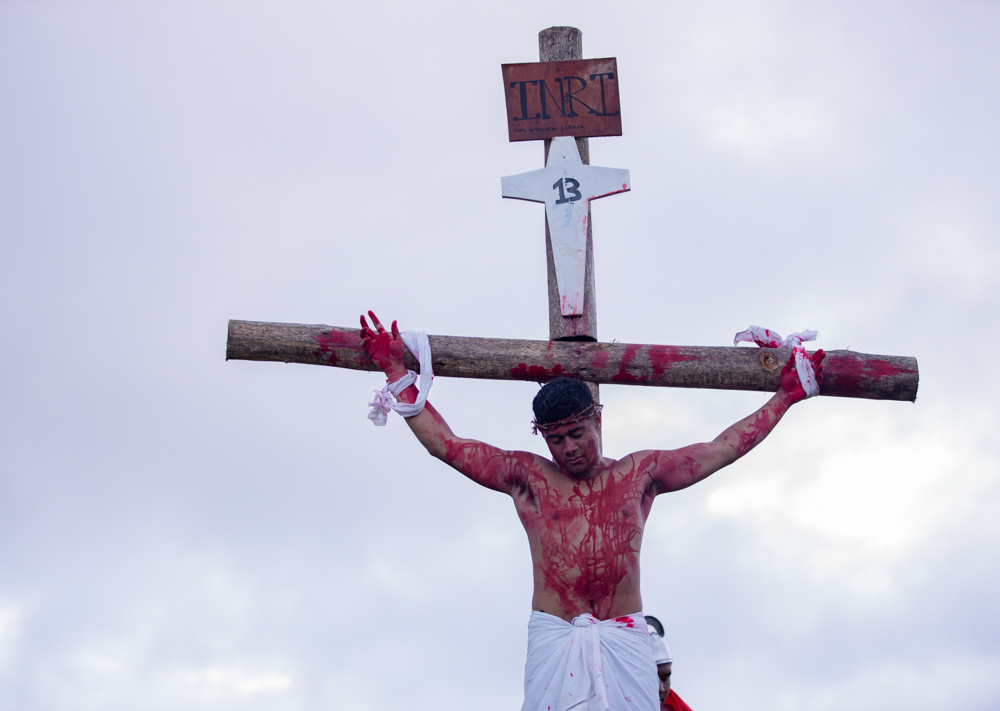 Speaking to the Samoa Observer, the Archbishop of the Catholic Church in Samoa, Alapati Lui Mataeliga, said the reason behind the name Good Friday was the day the Lord died on the cross, so for the Christian world it is a very important day for all.

“This is the death of our savior; He died for us so we can be saved, that is why the church celebrates Good Friday, beginning with the way of the cross which the church walks through, and reflects from different stations during the pilgrimage of Jesus to Calvary,” he said.

Archbishop Mataeliga explained that it is a day to remind everyone why Jesus suffered and died on the cross, “no one wants to be crucified but it was the will of His father to offer this sacrifice for our sins.” 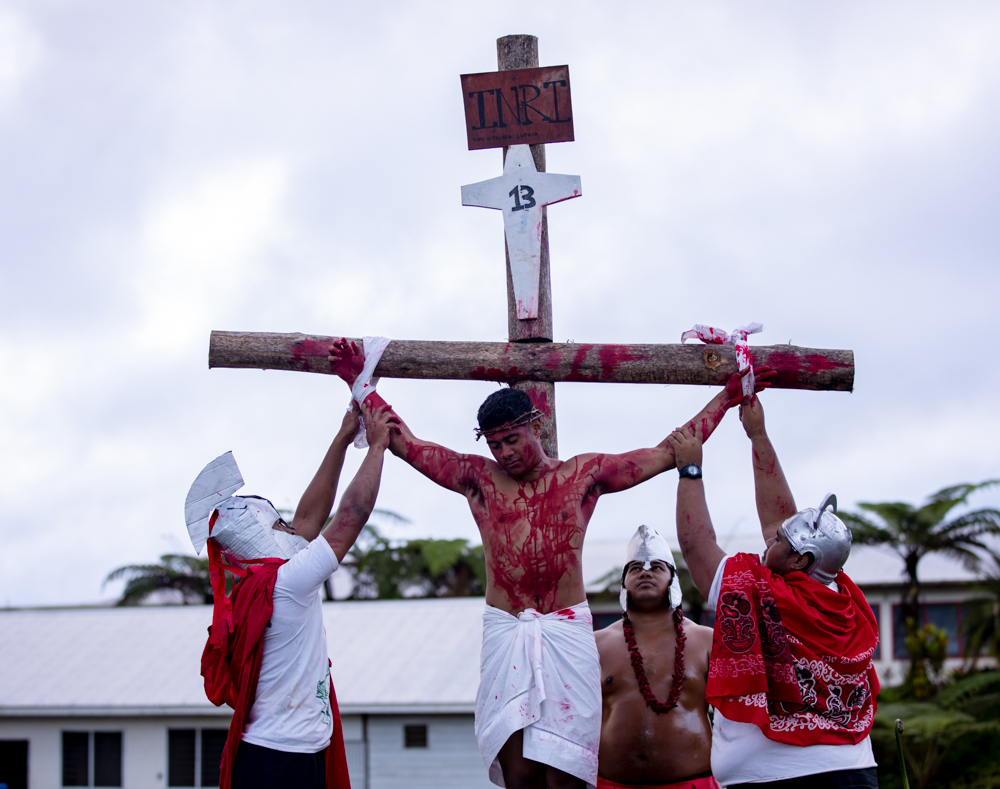 “It is a day of mourning but when we think about it in faith, it’s a day of rejoicing because this is the moment we have been waiting for all the promises about the past, about the coming of the Messiah and God fulfilled all those promises, the coming of his son.

“Another part of the celebration is the liturgy of the word, and then followed by the veneration of the cross where people come to pay respect to the cross, followed by prayers.

“He died for all not just the Jews and we also remember them in our special prayers. And also there are no church services on Good Friday.” 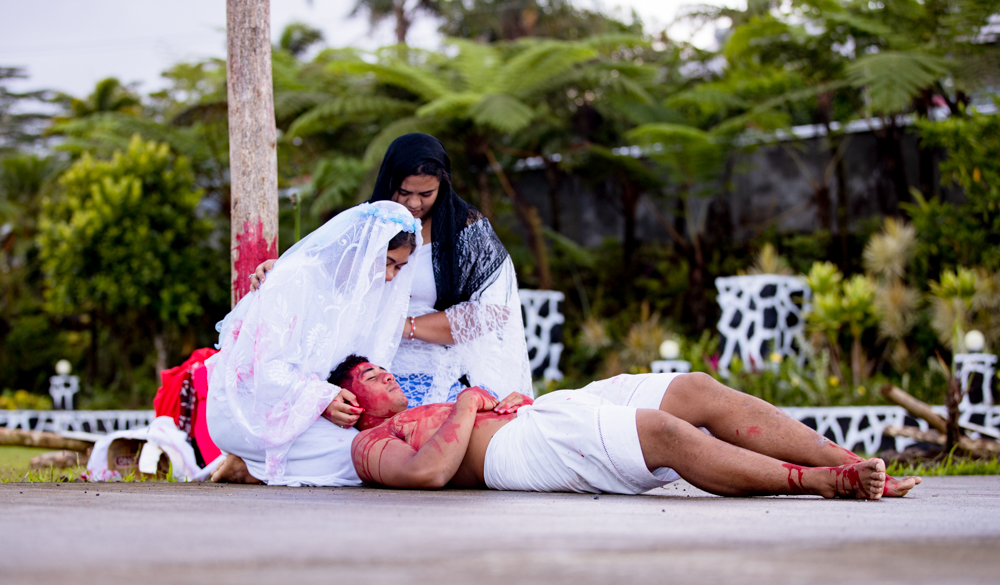 He said for him, it’s a reminder that God lives and He is still alive and present with us.

“He is with us because Jesus rose from the dead. It is a day of hope and rejoicing too and given the COVID-19 [global pandemic], Samoa and its people are very grateful to God for being saved from COVID-19.

“Why is this little island saved, while big countries in the world who are also faithful Christians and so forth, but we are saved? 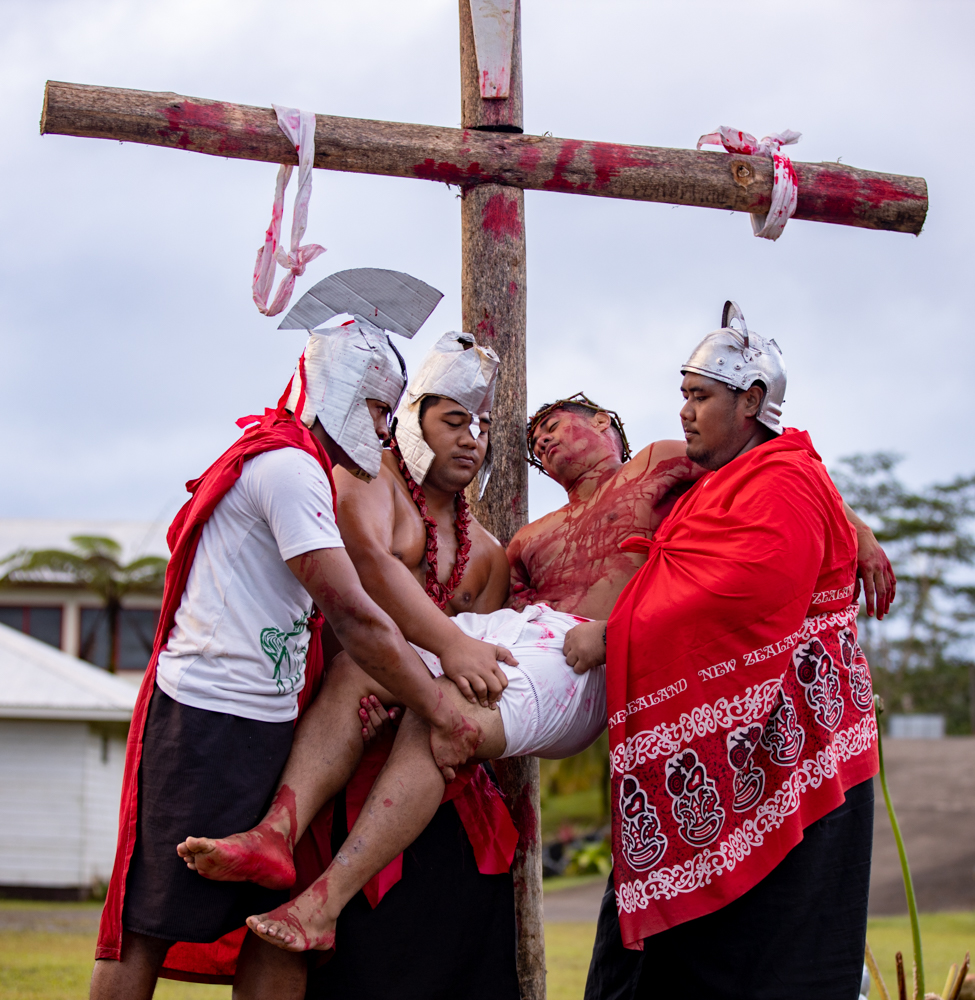 “And even with our people travelling from overseas, when they are discovered the health department has done a great job, and it has not spread and we are not affected. It is a time for us to be really grateful to God for protecting us.”

He added that Samoa is founded on God but even though we are not perfect, we strive to be and do the best we can.

“We are also preparing for the upcoming election which is an important moment for us to elect our leaders, so not only do we pray for a peaceful and successful outcome of the election, but God will inspire Samoa to elect people who will listen to God..." 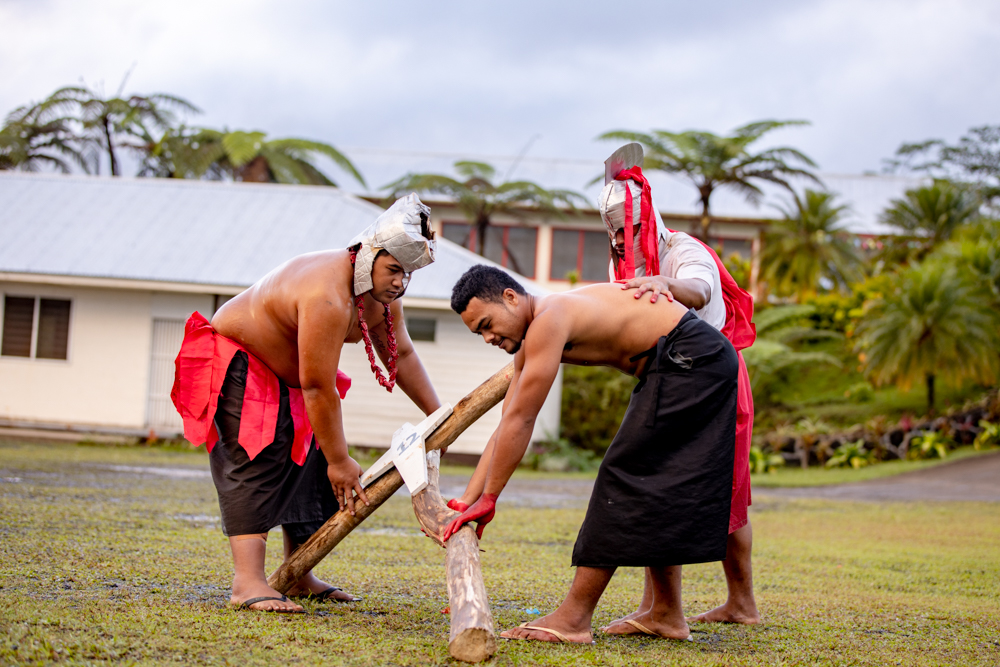 The Chief Justice has rejected a request from the Attorney General and the Human Rights Protection Party to further delay the hearing on the fresh election declaration until next week.