The 19-year-old died from the injuries he sustained from the drunken assault (Photo: Samoa Observer)

Two men have been charged with the murder of a young man who was killed last Sunday at Fiaga, Aleisa in an incident suspected to have started at a social get together involving drinks.

The Deputy Police Commissioner, Papalii Monalisa Tiai-Keti, said the deceased passed away as a result of injuries sustained after he was assaulted on the evening in question.

The men were under the influence of alcohol at the time of the incident, she added.

"Two individuals have been charged for murder with regards to the Fiaga incident on the weekend and both have been remanded in custody until 28 August 2020 for court mention," Papalii wrote in an email to this newspaper.

She also clarified that a savagely assaulted victim in a recently surfaced viral video, showing a young man being victimised, is not the young man who died in Fiaga.

“[The] two incidents are not related,” she said. 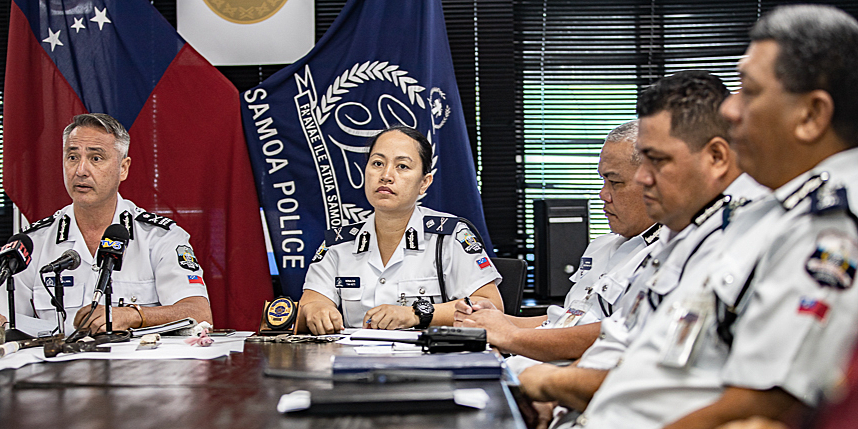 Sources told the Samoa Observer that the Fiaga incident began as a get-together over drinks that went wrong and resulted in the young man’s death.

In May, the Police revealed that assault cases dominated total arrests made during the first two months of lockdown.

Between March and May this year, statistics also showed an increase in crime, compared to statistics from last year, despite the country being on lockdown.

The leader of New Zealand’s National Party, Judith Collins, has come under fire in that country for her now infamous “my husband is Samoan so Talofa” comment made during the first Leaders Debate on Tuesday evening.