The United Nations and Samoa have opened a Multi-Partner Trust Fund for Immunisation, and it will be operational by the end of the month, Samoa’s U.N Resident Coordinator Simona Marinescu has said. (Photo: Vaitogo Asuisui Matafeo)
Health

The United Nations and Samoa have opened a Multi-Partner Trust Fund for Immunisation, and it will be operational by the end of the month, Samoa’s U.N Resident Coordinator, Simona Marinescu, said.

In an effort to help Samoa recover from the measles epidemic, which cost the country millions across various sector as well as exposed significant service gaps that now need closing, the United Nations has been given the green light by Government to raise funds and resources separately to the National appeal launched in early December.

It is currently in addition to Samoa’s own National Appeal launched in December, but differs in that the funds get channelled through, and implemented by the U.N. agencies and its partners.

The Fund is needed in the wake of the measles epidemic that infected over 5700 people, killed at least 83 and sent nearly 2000 people to hospital. The full cost on the health sector is as yet untold. 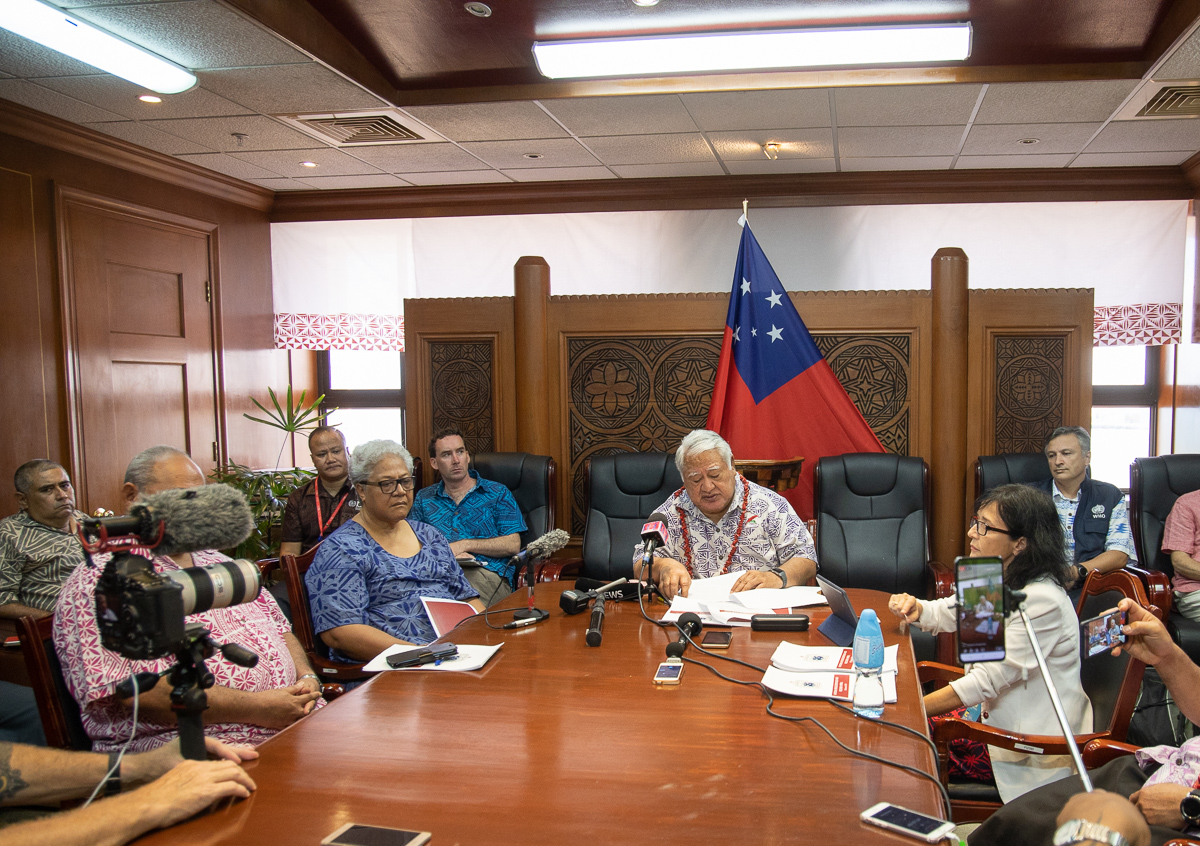 Ms. Marinescu said the Fund is more likely to draw “non-traditional partners” to Samoa, such as organisations and philanthropists who do not work as much in the Pacific. The Bill and Melinda Gates Foundation is one example, she said.

The idea is to speak more to “high net worth individuals” who are willing to contribute to the recovery effort, but may want the security of the United Nations wrapped around their contribution.

“At the time, because we didn’t know the magnitude of the whole thing we thought the National Appeal would be alright because Government seemed to be directly in communication with the regional partners here and there were so many countries ready to deploy emergency medical teams.

“I think we did not push at the time for an M.P.T.F. because we did not know at the time how big the story is going to become, and to give Samoa full ownership of this thing.

“But we knew the recovery would require more thorough preparation and for the United Nations to be in the lead,” Ms. Marinescu said.

“I think there were donors who were fine with a National Appeal, but maybe others who would prefer a mechanism in which the U.N is involved, and so now we have both. […] An M.P.T.F. would also come with our responsibility to deliver.”

The Ministry of Foreign Affairs and Trade has not shared how much the National Appeal raised.

The Fund is based on the same needs set out in the National Appeal, and will be amended if necessary to match Samoa’s recovery plan which is expected to be released this week.

“We checked with the relevant ministries and they said they built the recovery plan on the gaps and needs identified in the appeal, which makes perfect sense,” Ms. Marinescu said.

The National Appeal laid out a US$10.7 million goal, and the Recovery Plan may outline still more funds needed to better Samoa after the epidemic. But Ms. Marinescu is not putting a target on the M.P.T.F, she said, though there will be a minimum required.

“We will not put a dollar figure, we hope to raise as much as possible,” she said.

An M.P.T.F. is a “pooled financing mechanism,” designed for multiple parties – countries, organisations, and individuals – to contribute to a single fund for a specific goal. It is a common approach to post-disaster recovery efforts and humanitarian work.

“We have had all sorts of epidemics around the world and we usually establish an M.P.T.F. Here the trust fund will bring money from donors but also from philanthropists, big international N.G.O.s. like G.A.V.I. (the Global Alliance on Vaccination and Immunisation).

“There is interest from the business community as well, that is why we have a consultant to help design the partnership model,” Ms. Marinescu said.

“Some of them will not bring money, but they will bring valuable expertise.” Others will be local community organisations who will be needed to implement the work the funding covers. 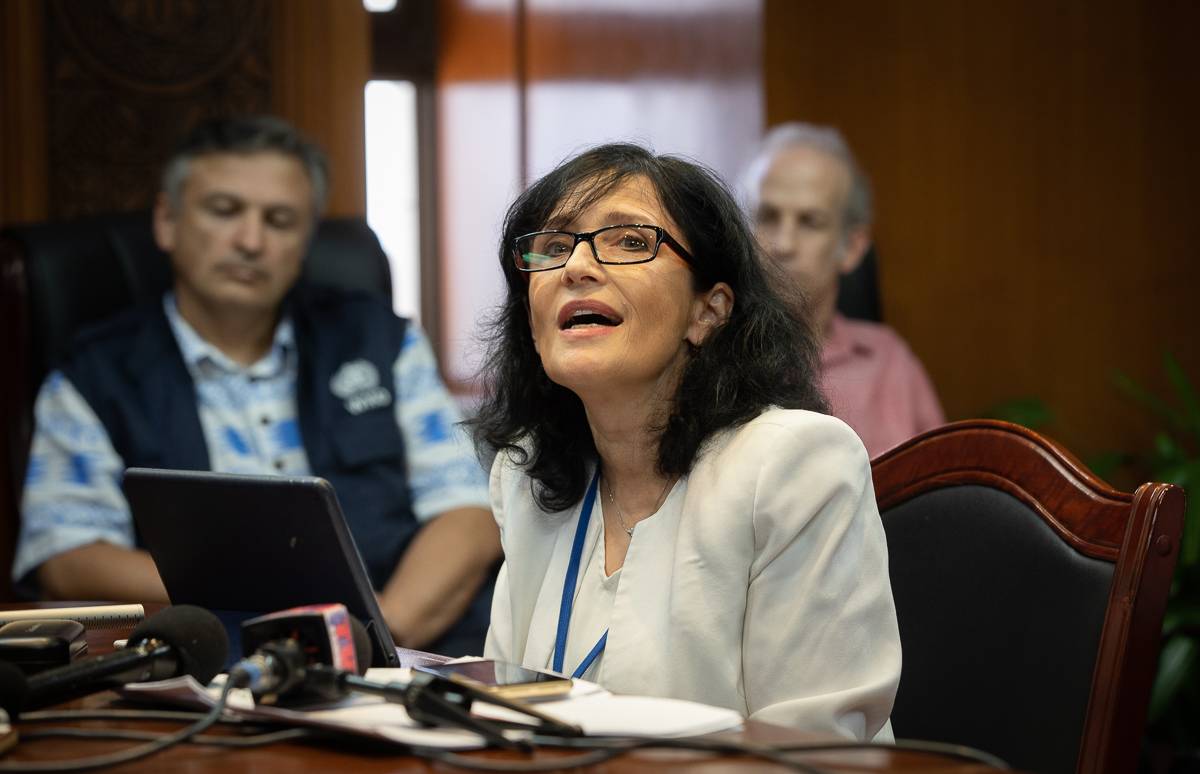 It will be realized by the United Nations Children’s Fund, Population Fund, Development Programme, Educational, Scientific and Cultural Organisation and the World Health Organisation, and a steering committee co-chaired with the Government of Samoa will run it.

Those agencies also take on some of the responsibility of raising the money and resources, Ms. Marinescu explained.

“It’s not easy to mobilise funds,” she said. “It’s not going to be easy for us but we think we already know who our partners are and it’s just we need to mobilise some who are not our traditional partners here in the Pacific.”

A consultant from the U.N. Department of Economic and Social Affairs (U.N.D.E.S.A.) will build the partnership model itself and identify partners, paid for by the 2030 Agenda Partnership Accelerator.

“Once this is done we will have a workshop from the 11 to 13 March, U.N.D.E.S.A. will come with all the partners so that we have a presentation as to how partners have been identified, how we want to move forward – also all on U.N.D.E.S.A.’s cost,” Ms. Marinescu said. 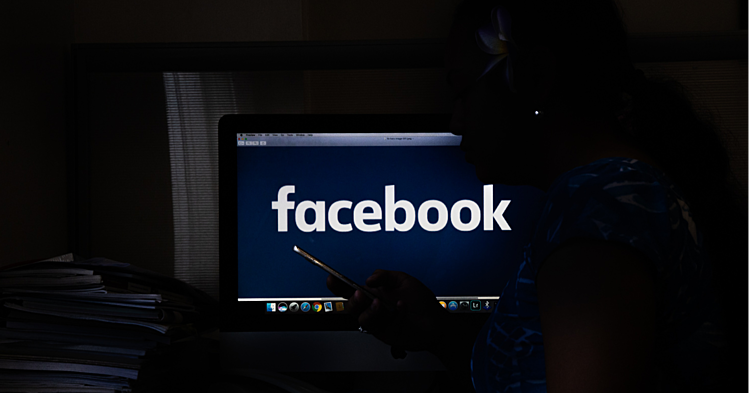