This seminar looks at improving nutrition in Samoa through the development of healthier food choices. (Photo: Vaitogi Asuisui Matafeo)

Changing mindsets on the benefits of healthy eating remains a challenge as individual food preferences continues to reign supreme over healthy meal choices.

That is the view of Faausu Kaiser, who was one of 25 food vendors at the Savalalo Flea Market, who were invited to the Tanoa Tusitala Hotel on Monday to participate in a healthy food promotion seminar.

Tiapapata Wild Foods Cafe, in collaboration with the M.E.T.I. and Lynn Netzler of Lynn’s Supermarket, were able to prepare a mostly vegan menu for the seminar, which included veggie wraps, chickpea burgers, fish dumplings and potato and egg fritters.

But Ms Kaiser said the biggest hurdle facing customers of local food vendors is their mindset and preference for unhealthy meals as they do not care about its impact on their health.

"If we were to serve some of the food from today's seminar, most people won't like it because they only like what they want. Some families eat fried chicken every day non-stop because they don’t care...food is food,” she said.

“What is hard for our generation is trying to do today's job with yesterday's tools. We need a new tool so today is a very nice program to help with that."

Eriko Hibi, the Subregional Coordinator for the Pacific Islands at the F.O.A., said they have adopted a different approach that was innovative and uses their internal resources. 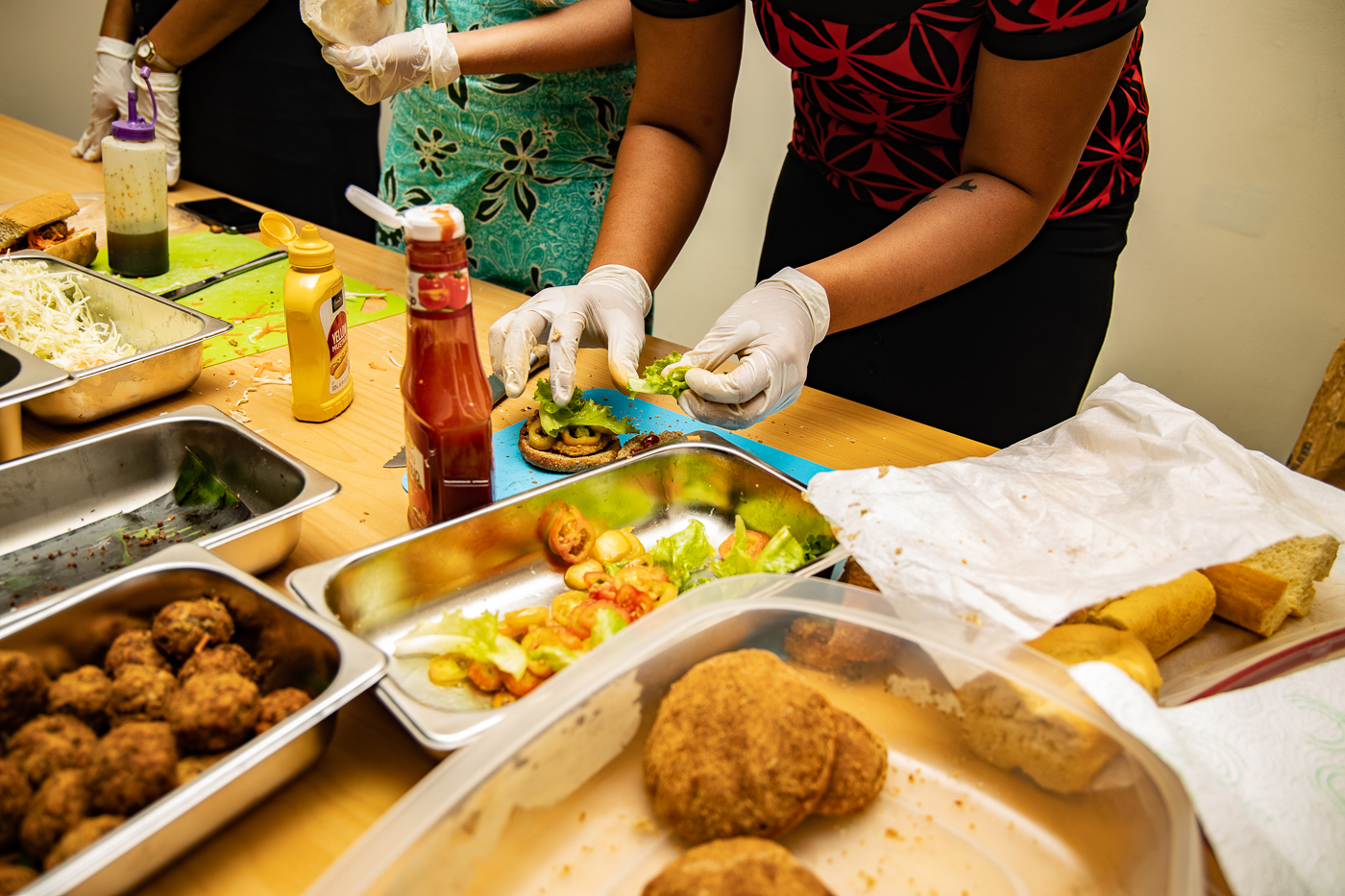 “You notice that we are not saying we make fast food healthy, but healthier. If we make small improvements in different places, then we believe that these different channels will help people eat healthier,” she added.

The Savalalo market is currently under Phase 1 of the Project were close to 2000 people who were food high in fat, sodium and added sugars – some of them even coming twice – including young people

Ms Hibi said all customers had a choice, as they do not need to force people to eat a certain way, but hopes that the project and the seminar will inspire the market’s food vendors to be conscious of what they eat or sell.

The seminar’s goal is to inspire changes in Samoa’s socially and culturally sensitive food environment to result in lasting dietary behaviour changes. Part of the programme included the screening of a documentary titled “O le Pologa Tau’ave - The Heavy Burden”, which explored Samoa’s non-communicable disease crisis and the link between diet and disease.

Galumalemana told this newspaper that it was a rather quickly organized seminar, though he is grateful to the F.A.O. for their support as the programme was a success.

"The project is a long-term project that is hopefully going to change past fast food culture by introducing healthier food options," he said.

He expressed confidence that there will be a positive response, if the Tiapapata Wild Foods Cafe is educating consumers on their need for healthier foods.

“According to anecdotal evidence, there are people out there who speak to vendors and asked if they have vegetables, and the answer is consistently no.”