The leader of an Australian medical team, Dr. Dan Holmes, who has been helping Samoa to deal with the measles epidemic, has spoken about the struggles to contain a disease that has already claimed 33 Samoan lives.

Speaking to the Samoa Observer, Dr. Holmes said severe pneumonia has been the most prominent complication of measles in the young children suffering it. Dr. Holmes is the leader of the Australian Medical Assistance Team (AUS.M.A.T.).

From the beginning of the epidemic, the intensive care unit of the Tupua Tamasese Meaole Hospital has been at capacity, so much so that the Australian Government flew in an eight bed negative pressure tent unit to help.

Dr.Holmes arrived with the tent and the first team of medical professionals to help meet the urgent demand for intensive care, especially of children.

“The main complication is undoubtedly pneumonia,” said Dr. Holmes, who is the Clinical Team Leader of the unit.

“[Measles] affects the immune system so you are unable to fight as well as you normally would be, and on top of that the measles itself can damage the lungs. If you get a bacterial infection on top of that then it can cause a very severe pneumonia.”

The pneumonia caused by measles needs deeply complex treatment, Dr. Holmes said, including draining infections from the lungs and administering strong antibiotics through the child’s veins.

“That is a lot for a small child to take and it’s very difficult to sustain that for a long period of time.”

As well as pneumonia, other children have been suffering encephalitis as a result of measles, the inflammation of the brain which can cause seizures. It occurs when the brain becomes infected with the virus, or by something else that gets in while the immune system is damaged by the measles.

Measles can also cause long term damage in patients, but those impacts are not yet clear, Dr. Holmes said.

“There is undoubtedly a chance that there is a burden on those children who have had those very severe infections, that they will go on to have some more problems in the future.

“At this time we are really dealing with the acute pneumonia, trying to get them better from that and out of hospital.”

Dr. Holmes and his team will be leaving Samoa on Thursday and a new team arrived on Wednesday ready to replace them for the next two weeks.

The reinforcements come after the Australian team, alongside their Samoan colleagues, have been working between 14 and 16 hour days, both in the intensive care unit and in the main hospital.

When the unit first landed two weeks ago, their focus was to support the hospital to improve the flow of patients in and out of treatment.

“The first thing we tried to do was improve the flow of patients into the hospital, be able to get patients who were well enough discharged from the hospital and standardise the treatment that people got.”

Back in Queensland, Australia, Dr. Holmes is an anaesthetist and the director of trauma at the Sunshine Coast Hospital.

As an AUS.M.A.T. doctor, he has responded to health emergencies across the Pacific, including to the Philippines in 2013 after Typhoon Haiyan, and to Vanuatu after Cyclone Pam in 2015.

He said he has been amazed by the support and gratitude of his Samoan colleagues and the families of children he has helped treat.

“The Samoan people have been amazing, incredibly friendly; their gratitude has been unbelievable to see. That of course makes us feel better about what we are doing and that we are offering something to the people of Samoa,” he said.

“The families have been extremely grateful and kind to us. It’s been very emotional but an extremely rewarding time we’ve had here.” 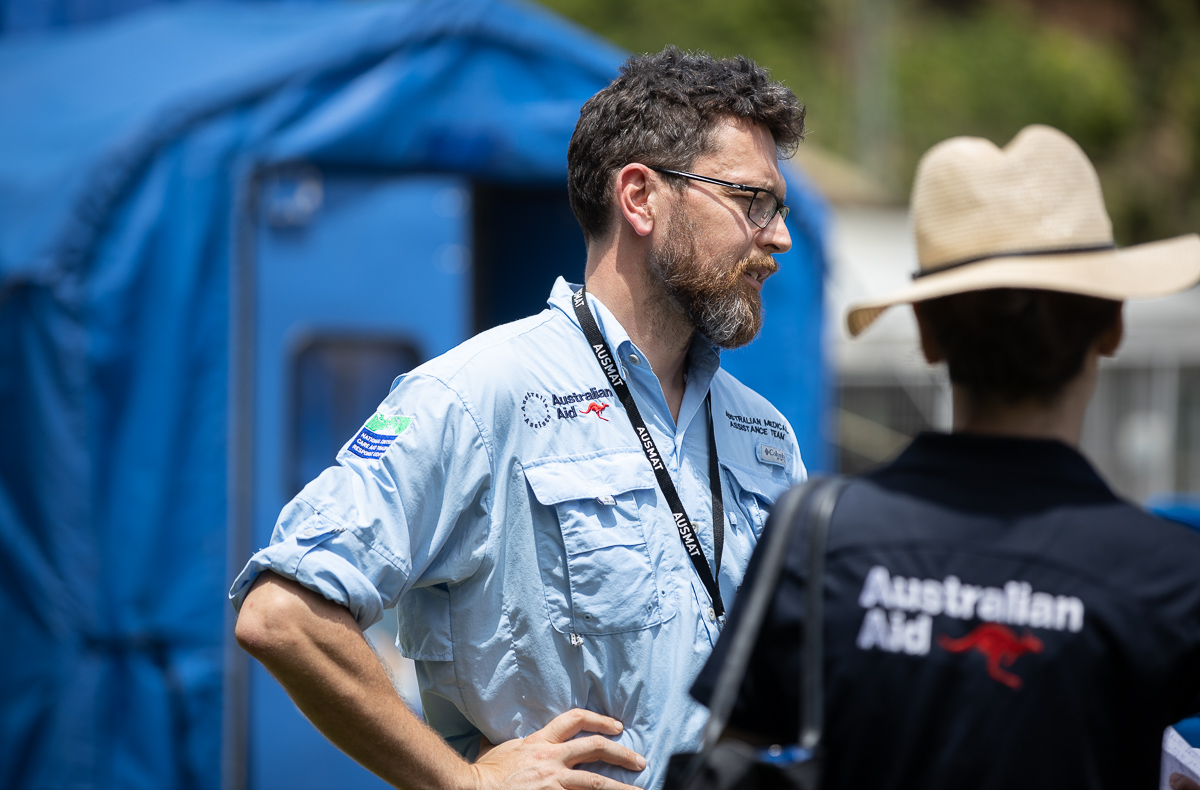 Much of the work of being a doctor is the pastoral care to families who lose loved ones in hospital. Dr. Holmes said this has been a challenge his colleagues – both Australian and Samoan – have met with grace and dignity.

“It’s a very difficult time, it’s exhausting, and people want to spend the whole time with their sick children. I don’t need to tell you that involves grandparents, aunts and uncles, brothers and sisters and cousins.

“Our staff I think have been able to try and treat the children when they can, and when that treatment has not been successful they have been able to deliver compassion, communication and care for those families.”

Seeing such large groups of family come to support sick children and weighing up the risk of further infection of measles is tricky too.

Under the State of Emergency, the Government ruled that only one family member (over 18 years old) may be permitted to stay with a hospitalised patient at any time.

“We don’t want to spread measles any more than it already has so it’s really important that people take heed of that notice,” Dr. Holmes said.

“I think everyone works pragmatically to ensure we reduce the spread of measles and treat parents and family compassionately.”