Prime Minister, Tuilaepa Dr. Sa'ilele Malielegaoi, has described a $35,759 monthly tariff, which local television stations will need to pay to broadcast on digital broadcasting platforms, as a "curse."

Prime Minister Tuilaepa made the point in a letter addressed to the Minister of Communications and Information Technology, Afamasaga Rico Tupa’i.

The implementing agency is the Office of the Regulator.

"Consider the complaint about the monthly tariff of $37,759 to be paid by one TV station," a translation of the Prime Minister's letter reads.

"What is your response to this curse?

“The digital [T.V.] was established to assist the people and yet it appears it will kill the television stations which have served (Samoa) for a long time."

When the Samoa Observer contacted Minister Afamasaga for a comment, he defended the tariff saying that while the platform is $6 million, there are additional costs to the company.

“The tariff was passed on to the television stations and it is expensive --which is true--- and then we [Government] stepped in."

He said after negotiations with Samoa Digital Communications Limited, the tariff has decreased to $23,000.

“There are a lot of other costs that we did not account for in the beginning which the company (S.D.C.L.) had gone beyond their scope of work to do more for the country," he said.

He’s referring to respective locations where it’s not accessible, and S.D.C.L. invested in the clearing the road to reach where the pole is located on the mountains.

Chairman of S.D.C.L., Tuiaopo Andrew Ah Liki, said the tariff was set by the Government at $35,000 per month.

“The tariff of $35,000 was decided by government taking into account the cost of installing and maintaining the digital T.V. platform," he said.

"To cooperate with the broadcasters and government, S.D.C.L. is willing to forego capital costs for now and only consider operating costs when charging tariff.

“This comes to  about $140,000 per month. There are currently six confirmed broadcasters, each of them would now be paying a discounted tariff of about $23,000 per month.

“The more broadcasters we can get on the platform, this amount can go down as far as $15,000 a month."

In an interview with the Samoa Observer, Tuiaopo said the system is designed to be expandable and include more services for T.V. and radio.

“With each addition to the system the costs scale marginally and in turn will lower the tariff costs overall, but the system needs to start somewhere.”

Minister Afamasaga explained the T.V. stations will no longer pay for the utilities on the satellite poles as that will be handled by the company.

He said the televisions stations just need to “plug into the platform”.

“They don’t have to worry about petrol to go up to the poles, or the pole utilities, or the failure of the equipment; they only need to plug into the platform in Vaitele and every other cost is taken care of by Samoa Digital,” said Afamasaga.

Asked about the possibility of a T.V. station unable to pay the fee the Minister explained the Regulator has the power to “close down” any station that is not plugged into the platform.

“They have been informed a long time ago that the government is moving forward with the digital T.V. [project] and now the government has also stepped in to negotiate the rates," explained Afamasaga.

“The television stations were asked to submit their financial [statements] to the Regulator to work out the tariff but the Regulator waited but they did not comply.

“The tariff was outlined based on the information the Regulator has and the Regulator issued the tariff and they don’t accept it as too expensive, but the government has stepped in to negotiate and reduced the rate".

He said the government has played its part and connection to the platform has dropped significantly; however the T.V. stations can still approach the owners to negotiate further.

The Minister also commended the Samoa Digital for accommodation the government's request to reduce the cost of T.V. stations hook up to the Digital T.V.

The Minister confirmed that all the television stations are plugged in to the digital platform. 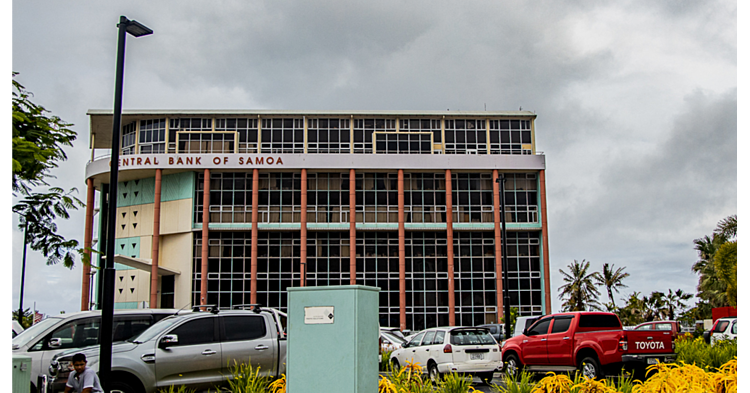