Weightlifter, Don Opeloge, 20, had six thousand extra reasons to smile more than a month after he already covered himself in Pacific Games glory with three weightlifting gold medals.

On Saturday morning, he was presented with a cheque for $6,000 alongside 45 other gold medal winning athletes and ten coaches as a gift from the Government in recognition for their achievements.

"This money for my family, especially my parents," Opeloge said.

"Going forward, this is just the beginning, we won’t stop here, especially now with prizes from the Government, I will be trying even more and pushing my limits in order to do better and develop further in the sport."

Following an opening prayer by Reverend Numereta Opetaia, the Minister of Education, Sports and Culture (M.E.S.C.), Loau Keneti Sio, gave a keynote address saying the prize money should be taken as a challenge from the Government for those athletes who did not quite reach the top of the podium.

"This day is special for those who represented Samoa, hence the aim of today, for our government to reward those who were successful, this is what today is all about," he said. 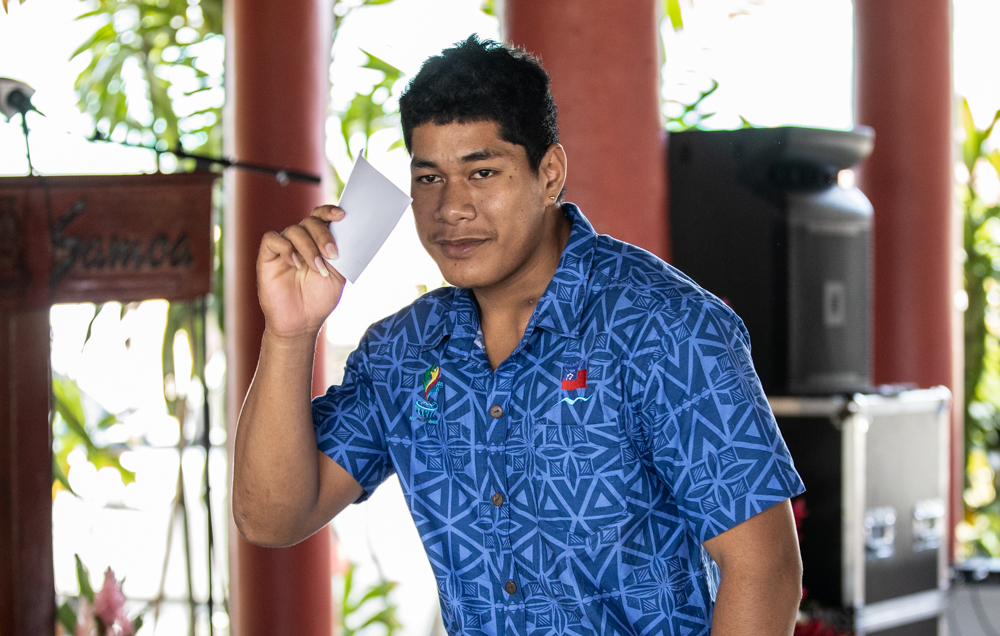 "As you can see, this is not the full number of our Samoa team who competed, but you are the representatives.

"Our government foundations [on these matters] aren’t new, whoever wins gold medals represent everyone else, including those who won silver and bronze."

More than 500 athletes represented Samoa in the XVI Pacific Games in July. They won a total of 38 gold medals.

"But the true meaning of these gifts from the Government is to challenge the athletes to not limit themselves to bronze or silver, you should always push for the top where the gold medals are at," said Loau.

A total of $95,500 was dispensed between the Pacific Games athletes and coaches. 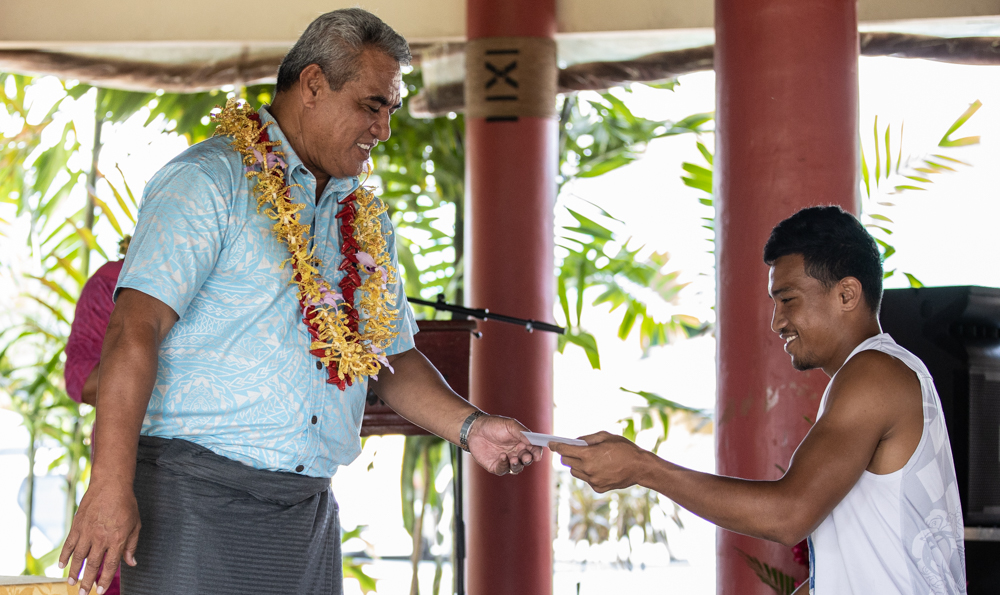 Opeloge, 20, became Samoa’s first world champion weightlifter and also picked up the overall Best Male Lifter award which was judged over all ten categories in the competition.

Stowers, 18, won gold in the +87 kg Women snatch, and silver in both the clean and jerk and total competitions.

Weightlifting coach, Tuaopepe Jerry Wallwork, said praised was due to God for the successes enjoyed by the Samoa weightlifting team.

"We return the praise to the Lord as we feel only appreciation and glad that things ended successfully," he said.

"Hopefully this is just the beginning and another stepping stone for our athletes, especially as we prepare for more competitions in the future.

"These sports aren’t easy and as we move forward, done with the Pacific Games, we look towards the Olympics in the next year; we have big preparations ahead of us.

"We look to God for the strength and will to continue to serve our country through the sport."