Lupe o Soaga one game away from Premier League glory

Lupe o le Soaga is a step away from glory in the Football Federation Samoa's Premier League, both men and women's.

The teams from Magiagi have secured their places in the final on Saturday at the Toleafoa JS Blatter football field at Tuan'aimato. The men will take on Vaipuna in the main final while the women will play Moata'a.

Coach Paul Ualesi Matamu said they are looking forward to the occasion but acknowledge that they owe their success thus far to God and their supporters.

"Our Heavenly Father gave the talent, strength, and the passion to our players, coaches, and management team," he said.

"We secondly owe our success to our support base our pastors, families, and friends especially our village of Magiagi for their support and prayers that have always pushed us through every game.

"Aua o upu a le taunuu o se faiva e tapuai ia o le faiva e manuia. Thirdly the passion, commitment, and hard work from our management coach especially our players. Our coaches planning and turning up to every training and the players putting in the hard yards really pay off in the games."

Coach Ualesi said they have worked extremely hard to ensure they stay at the top.

"We take our weaknesses from the previous game and work to improve it for the next game. We also analyse our opponents and work on our game plan accordingly," he said.

"We have been very fortunate to receive a lot of help through friends, families, our player's parents, and our village and their connections. We have continuous support from our main sponsor Taula Beverages.

"We also received equipment and financial help through the Federation. But we have a lot of teams so we do still lack the amount of training gear for each team to allow variations in our training. We also still short of finances for the weekly expenses such as transport, water, and meals for each team for each game."

The village of Magiagi plays a vital role in encouraging the players to do their best.

"It means a lot to us. We cannot do what we do without the support of our village. We play for them. It is what pushes us harder through our games knowing we have their support and hearing their loud cheering from the sidelines," he said. 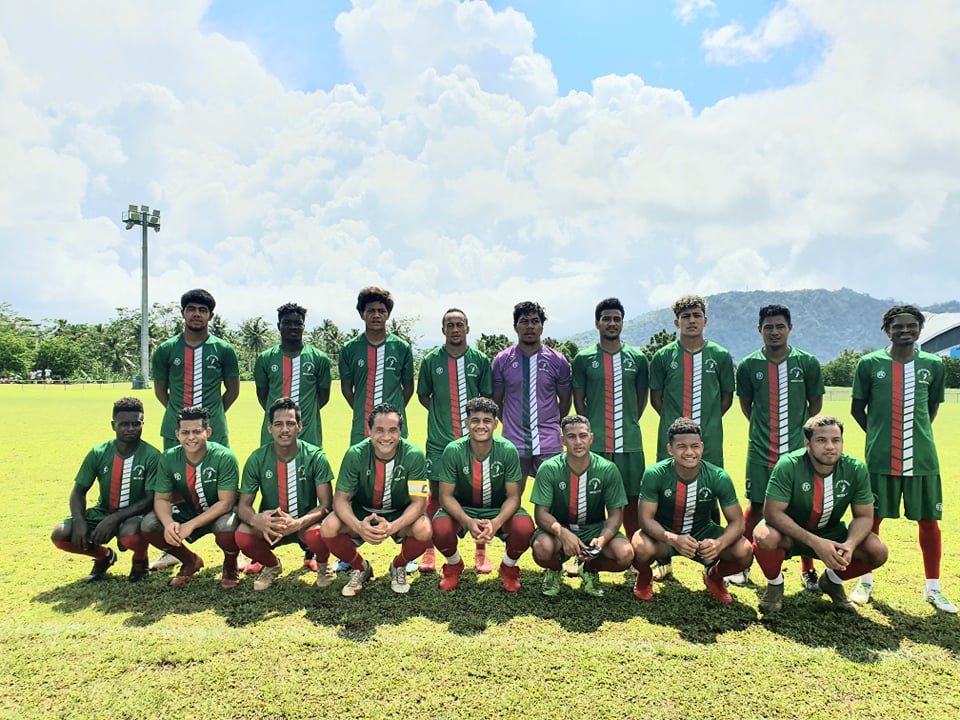 Ualesi describes the Upolu Senior League as a great competition.

He spoke about the improvements he has seen from his premier men's team, and how being exposed to overseas competitions has contributed to their team's achievements.

"Our premier men's team has been lucky to be exposed to the Oceania Champions League a few times that my players have experienced a faster-paced football game and they have used that experience to improve their game locally. I think it is their fitness and the speed they bring to the game is that gives them that edge over the other teams. As a coach, I have seen so much improvement in our women's team. They were unlucky with their only loss that came from their opening game. But they have worked hard and have really improved and grown as a team throughout the season," he said.

"If there is one issue that our team has found quite difficult during the season it's the calls by the referees. There are games that we find some calls from the referee questionable and unfair against our team and it can really frustrate and throw our players off their game. However, we have had to address that issue within our teams and have given staunch advice to play to the whistle, keep their discipline, and just keep hustling no matter what. What may be easy for our team is having each other's back on and off the field. We are a family. And that helps us to play as a team on the field."

He believes the teams that they are up against are not to be taken lightly as they are one of the strongest teams in the league.

"We are facing one of the best teams of the competition they were also second to us in the round-robin so it will definitely be a very tough challenge for us. It is the finals so we will be preparing hard for it and we look forward to a good encounter."