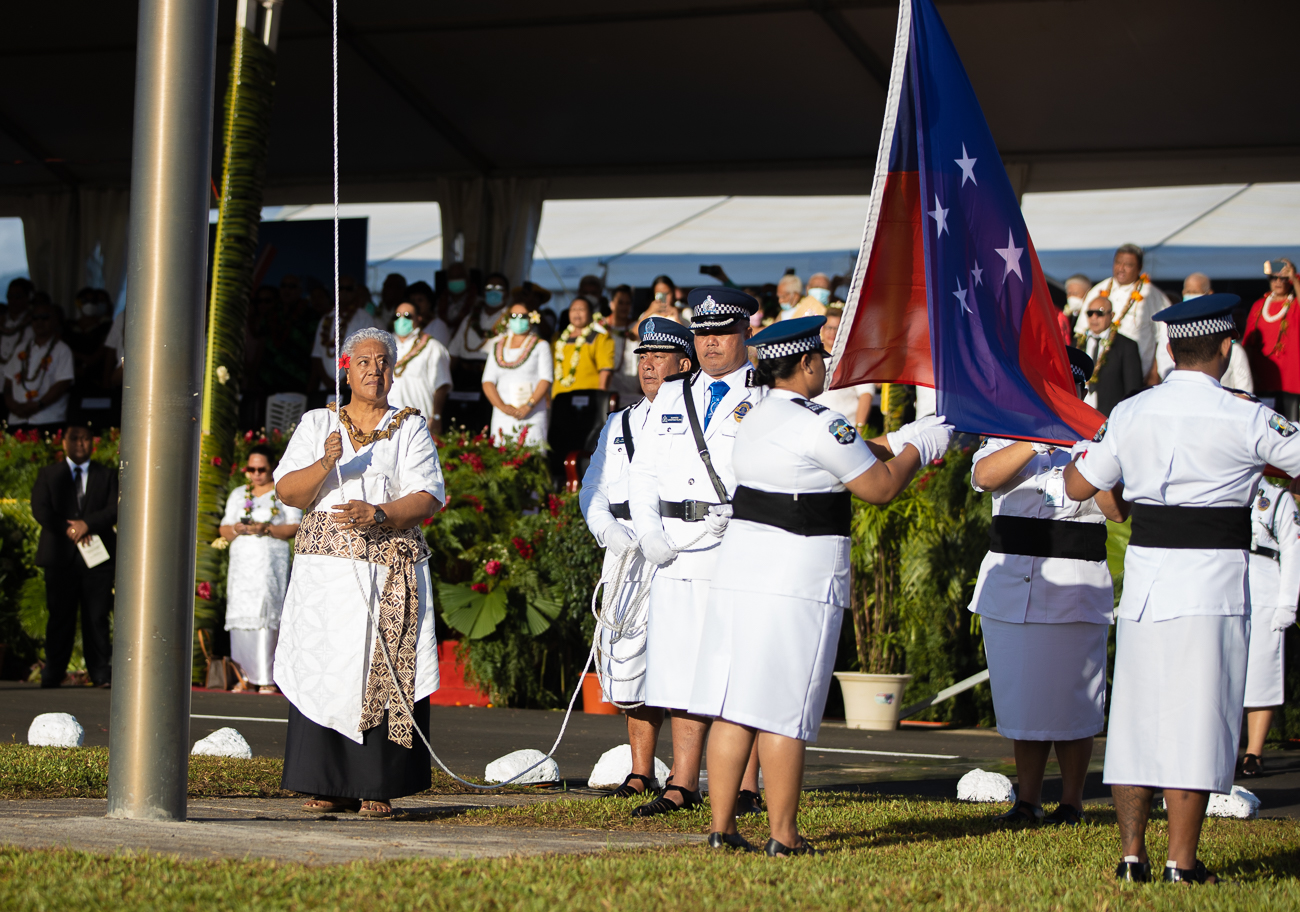 The first female Prime Minister of Samoa, Fiame Naomi Mata’afa hoisted the national flag this morning at the Malae o Tiafau in Mulinu'u to mark the start of Samoa's 60th Independence Anniversary celebrations.

Also present were members of the diplomatic corps, the judiciary, former and current Members of Parliament, church leaders and Government officials.

The event began upon the arrival of the Head of State at Mulinuu while the guests have already been seated.

His Highness  Tuimaleali’ifano inspected the Police Guard of Honour that was led by a senior female officer for the first time, Assistant Police Commissioner, Papalii Efo Moalele. 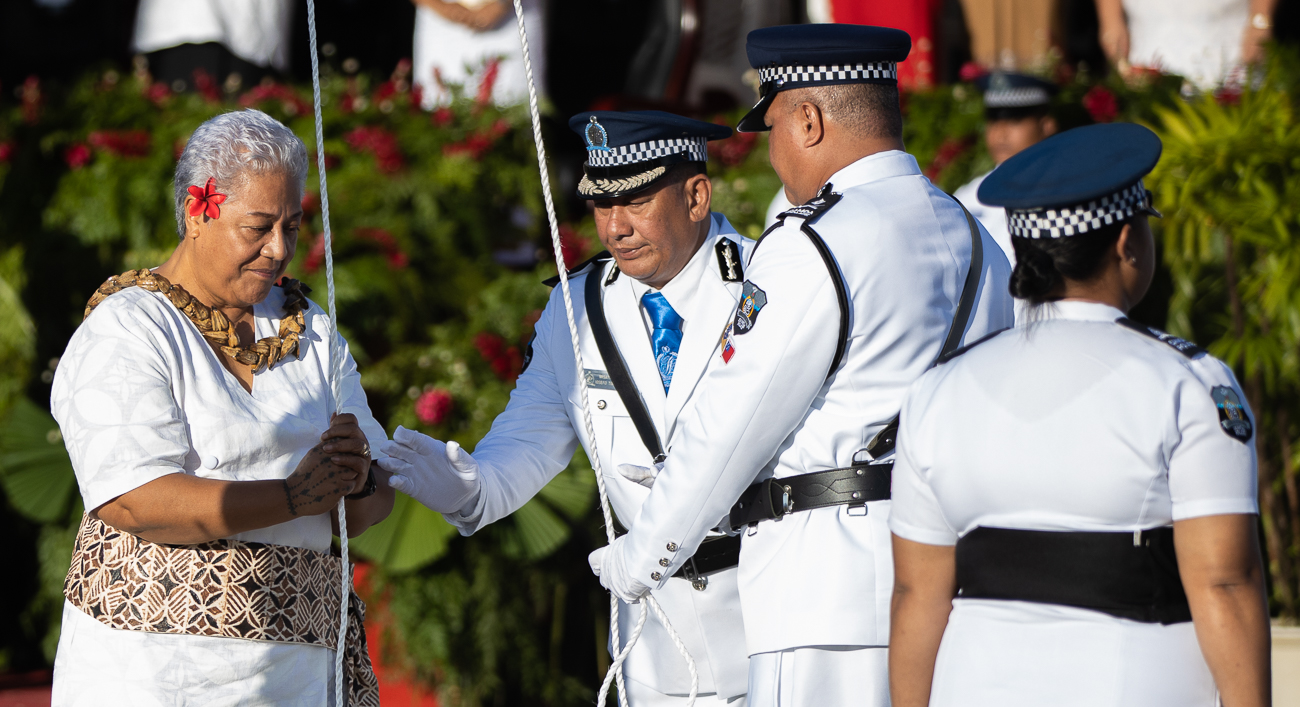 A prayer service followed and was led by the Chairman of the Congregational Christian Church of Samoa, Rev. Elder Iosefa Atapana Uilelea.

Staff from the Ministry of Justice and Courts Administration (M.J.C.A.) and the Office of the Legislative Assembly (O.C.L.A.) sang hymns for the service.

In his keynote address, His Highness  Tuimaleali’ifano welcomed those present and acknowledged the assistance from donor partners to Samoa’s development.

He referred to the theme for 60th Independence, "to Sail with Faith", saying it is a revelation and guidance to Samoa’s journey into the future.

“It also ascertains that we should walk by faith and not by sight,” said the Head of State.

Some 21 gun salutes were fired off while the flag was hoisted in Mulinuu.

This was followed by the Police Brass Band Performance that wrapped up the main state event for the day.