1
The National Provident Fund (NPF) building has turned on its Christmas lights to provide a welcome spectacle for residents counting down to Christmas. (Photo: Vaitogi A. Matafeo)

It is beginning to look a lot like Christmas in the Apia Township with the Samoa National Provident Fund (S.N.P.F.) building at Matafele leading the way.

Despite the rain on Saturday, the Apia town area lit up with lights despite the cancellation of this year’s festival of lights made popular by the previous administration.

Some of the main attractions for members of the public included the S.N.P.F. building at Matafele that opened the curtain to a stream of coloured lights on Beach Road.

Another building decorated with lights is the Central Bank of Samoa building together with the Samoa Tourism Authority building.

Among the communities, the Brown family of Vaimoso who secured first place in last year’s Christmas Festival of Lights Competition also setup up Christmas lights and decorations at their home this year.

Last year the lights festival was spearheaded by the Samoa Tourism Authority (S.T.A.) in partnership with Government Ministries and agencies. 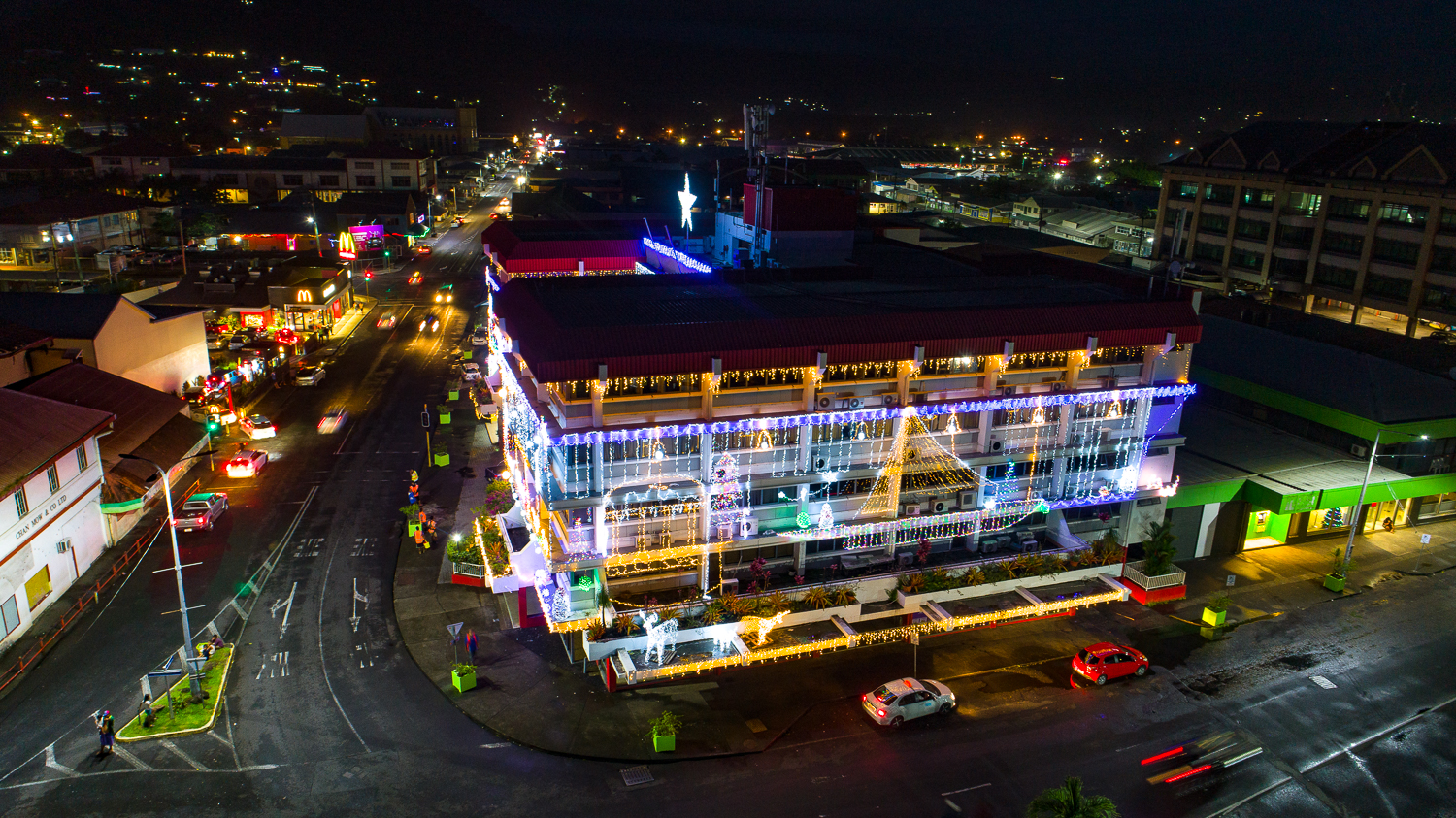 The festival was launched in December last year and included a programme held in front of the Fiame Mataafa Faumuina Mulinuu II Building where hundreds of people gathered to catch a glimpse.

The Police set up roadblocks to regulate traffic while allowing members of the public to walk freely on the roads and footpaths to enjoy the Christmas light show from the Vaisigano Bridge, through Beach Road to the National University of Samoa's Maritime School at Mulinu’u.

But the plug was pulled on the repeat of last year's Festival of Lights show with the new Government saying the nation's economic downturn has forced it to make tough choices about its spending commitments.

The S.T.A. submitted a proposal to host the festival again this year but it was rejected by the Cabinet with Prime Minister, Fiame Naomi Mata’afa saying the state of Samoa's finances was the reason.

“It requires a lot of money," she said. 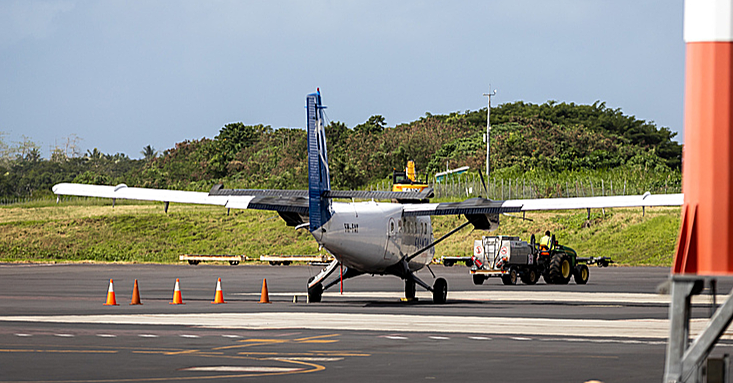