Teenagers jumped right into the day off from school with a trip to their favourite swimming hole in Salani. (Photo: Vaitogi A. Matafeo)
Health
TM
By Tina Mata'afa-Tufele, 25/09/2021

A group of teenage boys defied the ban on public movement by taking a trip to their favourite swimming hole in Salani and enjoyed the day swimming when the Samoa Observer drove past.

“We are from Lotofaga but we have come to swim in Salani,” one the teenagers happily told the Samoa Observer. 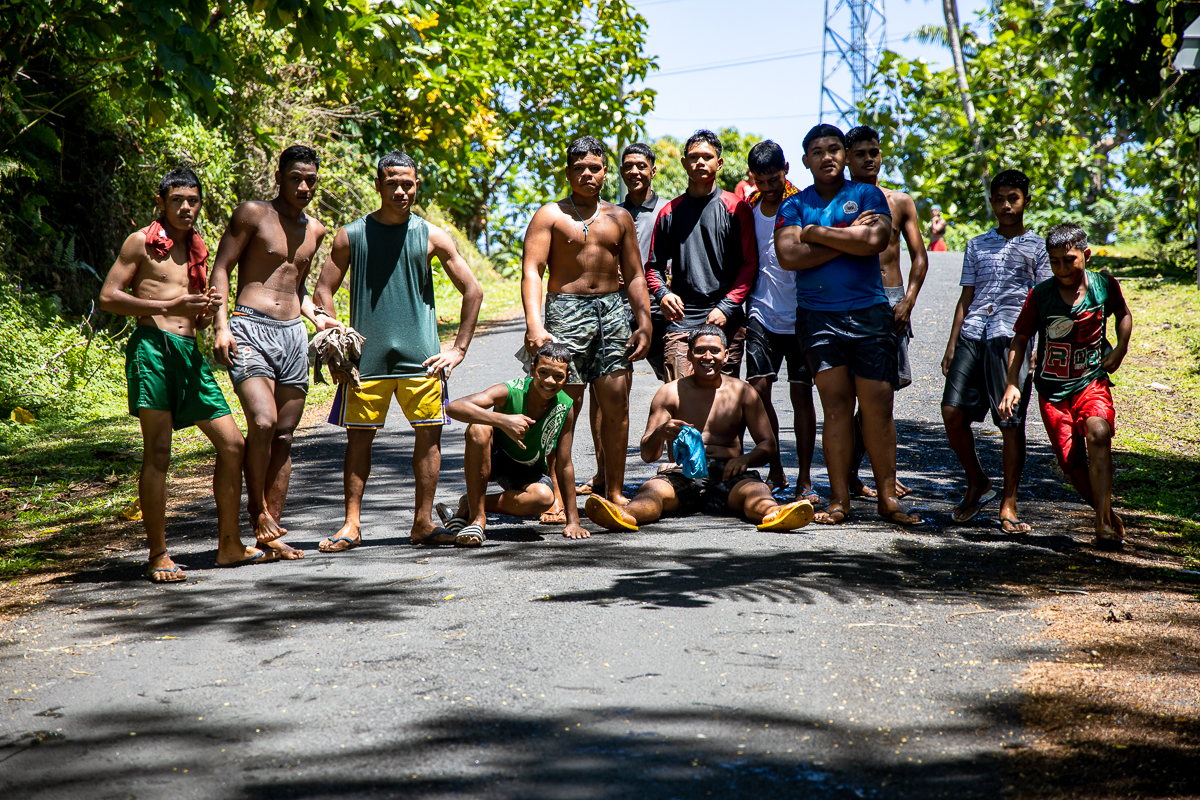 The boys then lined up on the bridge and took their turns jumping off the platform into the bright blue water. At times they jumped off the bridge into the water together.

“Get a photo of me doing one of my bombs,” one of the boys yelled excitedly as he jumped off the bridge.

However, their day of fun was cut short at about 11:30am when a police patrol vehicle stumbled upon the group frolicing in the river. 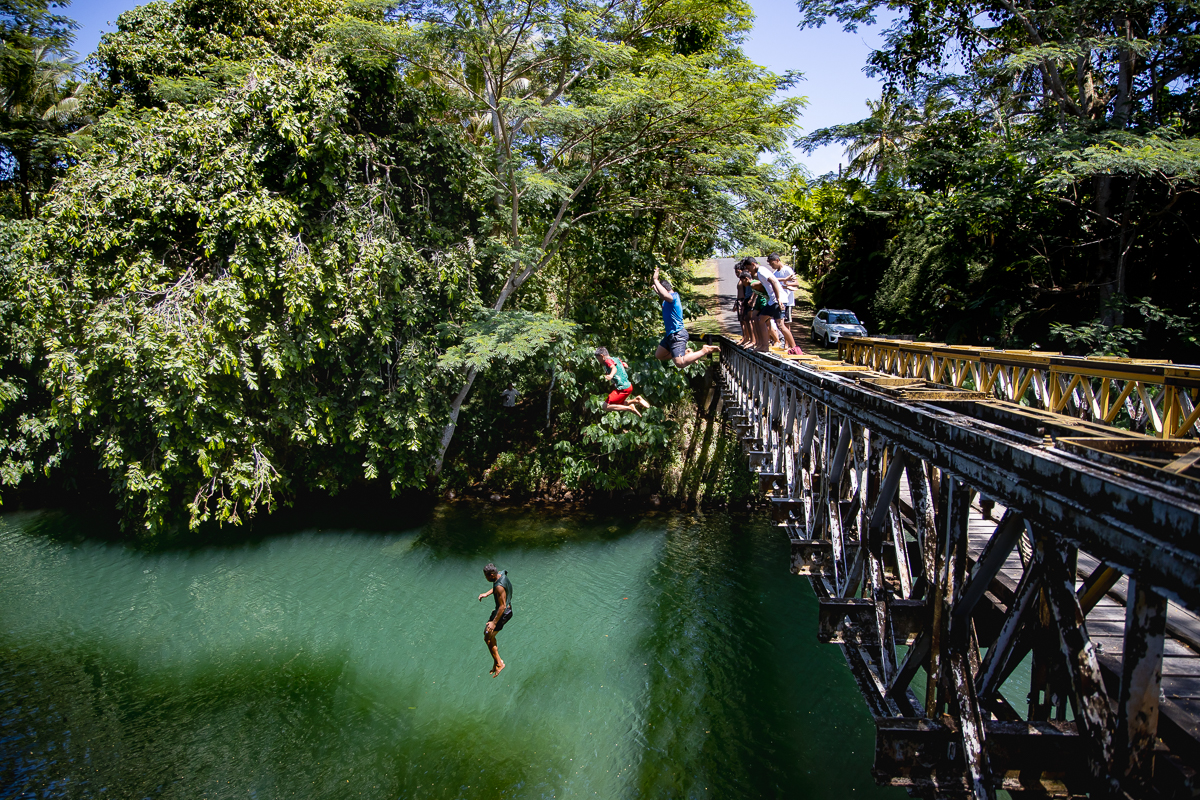 “You are not allowed to be here, get out of the water right now and go home. The curfew does not end until 6pm tonight,” a police officer announced using a megaphone.

The cheery boys, now subdued by the presence of the law enforcement officers, then gathered their belongings and left their swimming spot. 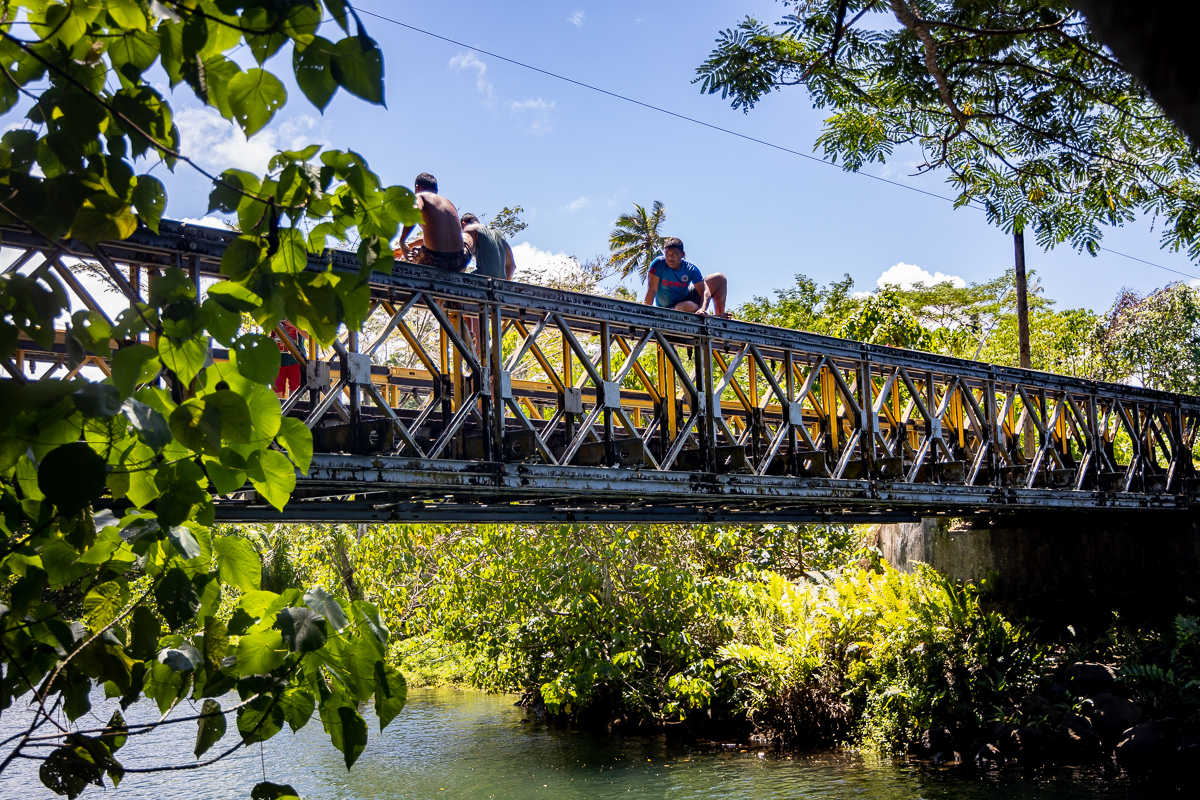 Vehicles without authorisation to travel the public roads were stopped by the police and questioned. Police also accompanied the roving Ministry of Health teams travelling through the villages to carry out vaccinations.

All around the island, village residents did appear to be busy trying to get their vaccinations completed and were seen resting and cleaning around their residence. 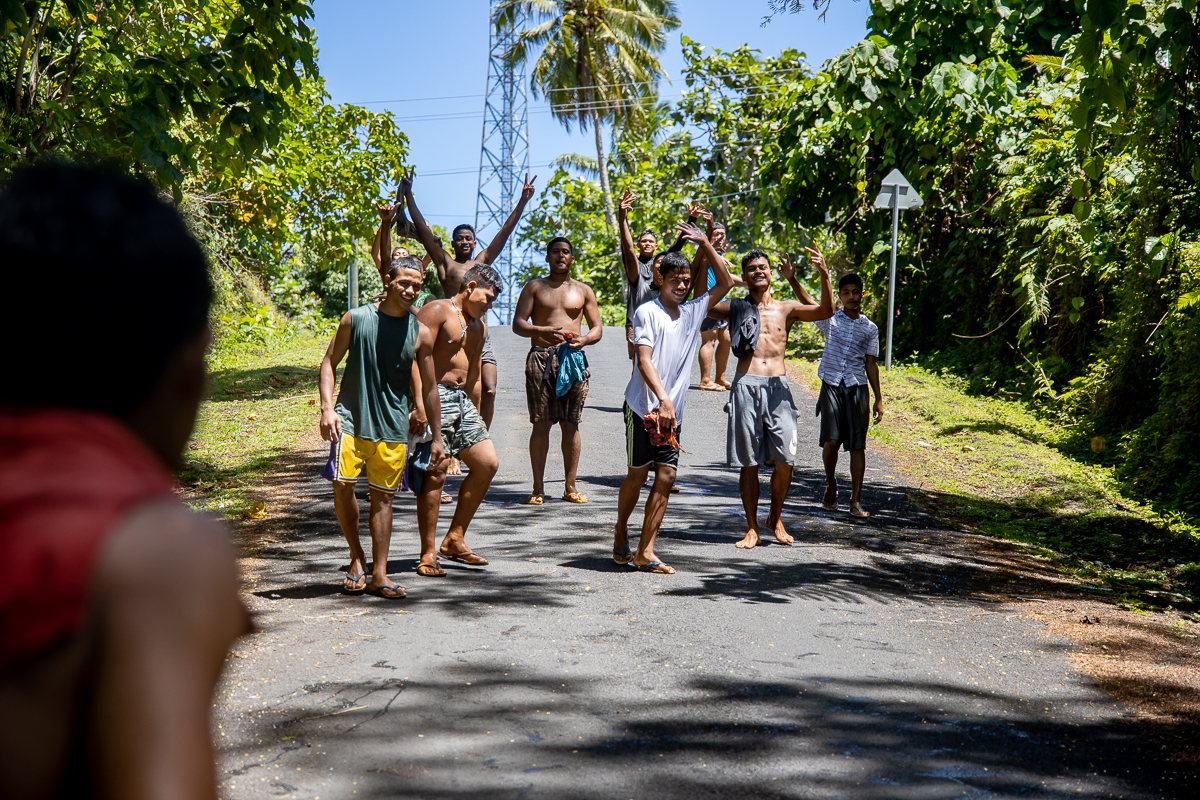 In Lefaga, a group of young men were spotted in a fale Samoa, lounging and enjoying the cool breeze; in Saleapaga, Lepa, many families were seen snoozing in beach fales, swimming and fishing.

In Aleipata a husband swept his yard while his wife carried a baby in her arms.

In places like Vaovai, Sapo’e, Matatufu, Vavau, Samusu, Falefa and Aufaga, the villages were peaceful and men were seen, mowing the yard, cleaning with machetes in hand and one man was seen carrying a large fine mat as he walked along the roadside.

In Solosolo, one man was seen stumbling along the roadside, apparently inebriated. 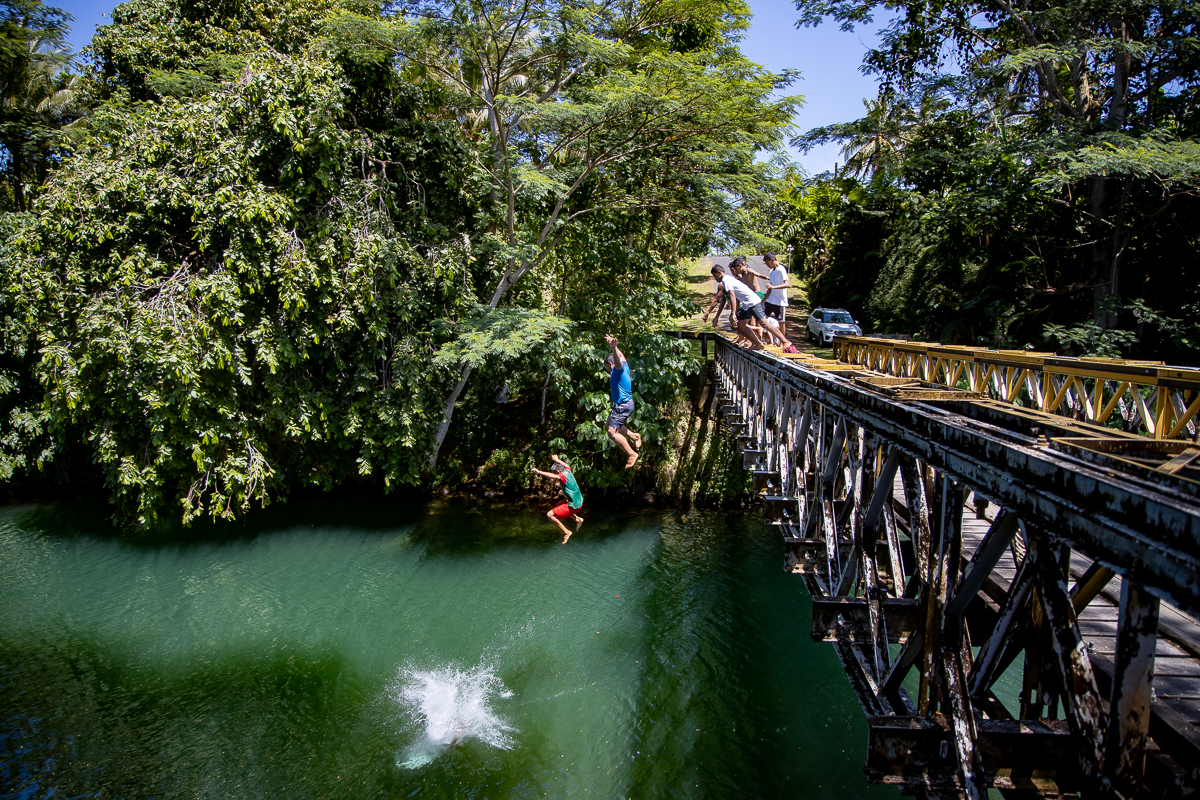 But there was a man, Alex Ale, a resident of Saleapaga, Lepa who was delayed from taking a Friday nap because he didn’t want to miss the M.O.H. teams if they should visit his home.

On Friday morning, he was spotted making adjustments to the way a Samoan flag was displayed in front of his home in a bid to conceal the blue and white stripes and show just the red.

Village residents who did not receive the vaccinations were advised to tie a red cloth in front of their home to signal the need for the vaccine.

“I was sitting here all morning and so far I have seen five vehicles. I tried to stop them but none of them stopped. So I took a photo of my flag and posted it on Facebook and people said I had to show only the red part of the flag,” Mr. Ale said.

“If my youngest daughter in New Zealand didn’t call me and cry to me to take the vaccine, I would not be getting vaccinated.

"I was planning to get the shot when the borders open up because you know we just don’t know if things will get better with this virus…some other families had their red cloths up but they have been taken down so I don’t know…but it’s delaying me from taking my nap.”

The Fa’atuatua i le Atua Samoa ua Tasi (F.A.S.T.) party has kick-started its by-election campaigns with a roadshow on Saturday at Saleaumua.