Samoa is fewer than 5000 doses away from finishing its first batch of the COVID-19 vaccine (Photo: Anetone Sagaga)
Health

The nation's total vaccination count continues to grow steadily and is now standing at 19,051 as of Sunday, 16 May.

According to the Ministry of Health (M.O.H.), a total of 10,673 males and 8,378 females have received their first dose of the AstraZeneca vaccine.

Samoa is fewer than five thousand doses away from finishing its first batch of AstraZeneca, received last month.

The country started with 24,000 doses, with a shelf life until the end of May. (The vaccine requires a second shot to be administered 8-12 weeks after the first, in order to complete inoculation).

Last week, Samoa received its second batch of 28,000 doses of the AstraZeneca vaccine through the COVAX facility with the expectation to kick off the second shot rollout on 14 June. 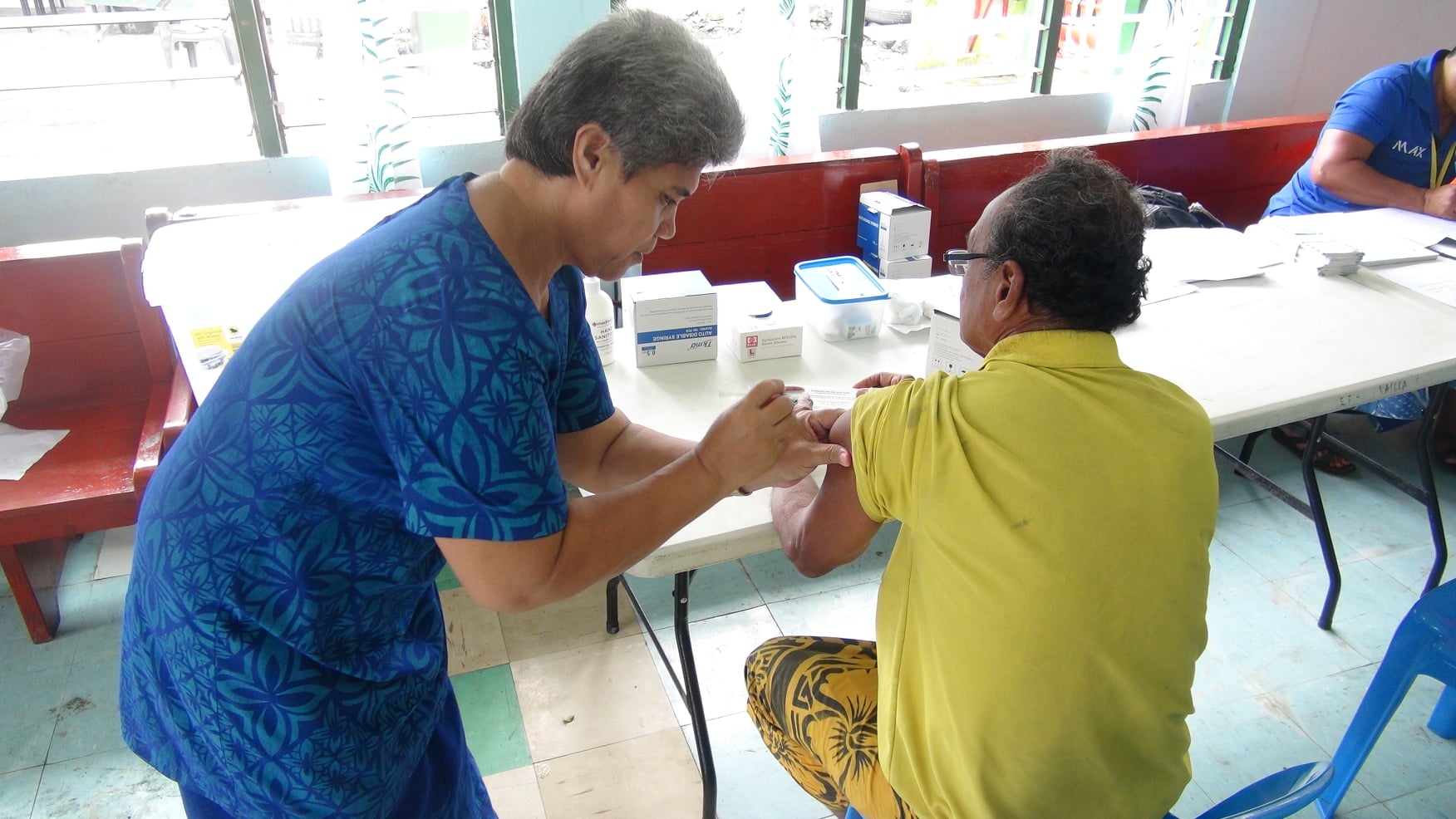 Additional fixed sites include the Fugalei market and the Red Cross headquarters in Tuanaimato.

Sites for zone three are open from 9 am to 6 pm from Monday to Thursday this week according to the Health Ministry.

The National Emergency Operation Centre (N.E.O.C.) continues to urge the public to get their shots as neighbouring countries start to lose control over local outbreaks of the coronavirus.

With no active COVID-19 cases, Samoa aims to vaccinate a total of 98 per cent of its eligible population, the Health Director-General, Leausa Dr. Take Naseri has said.

This brings the total number of active cases of Fiji to 49 in the current outbreak. Four are border quarantine cases, 33 are local cases, and 12 are currently classified as cases of community transmission.

There have been three recoveries over the past 24 hours.

Fiji has now had 172 cases in total since the first case was detected on March 19th 2020, with 119 recoveries, and four deaths so far.

In Papua New Guinea, three more new deaths from COVID-19 were recorded last Friday as the total number of cases continues to increase.

P.N.G.'s total death toll has reached 133 and the latest figures from the nation's Pandemic Response Controller report some 245 more confirmed cases in 13 provinces. This brings the total number of cases in PNG to 13,242.

Figures of those infected with Covid-19 in P.N.G. is expected to be much higher due to limited testing and delays in reporting of case numbers from various provinces.