For the first time in Samoa’s history, voters were offered a choice between two parties with two distinct ideologies and plans for the country’s future, instead of a suite of candidates that happened to be aligned with a group.

Where before, constituents were asked to choose who among their senior matai would best represent them in Parliament, last week many factored in the party flag behind that matai too.

But both the veteran Human Rights Protection Party (H.R.P.P.) and newcomers Faatuatua i le Atua Samoa ua Tasi (F.A.S.T.) Party may have undermined that message by fielding several candidates in many constituencies.

According to independent analysis by the Samoa Observer, it cost them nine seats where more votes cast went to H.R.P.P., but spread to thinly to compete with their F.A.S.T. opposition.

H.R.P.P., who in March predicted it would win anywhere between 42 and 47 of the 48 seats up for grabs this election, won 25 on Election Day.

In Aana Alofi No.4, the caretaker Minister of Communications and Information Technology Afamasaga Rico Tupai lost out by 211 votes.

But another H.R.P.P. candidate in the same constituency, Toleafoa Pili Asiata won 355 votes, and together they might have kept the seat in H.R.P.P. hands.

While 64 per cent of voters selected an H.R.P.P. candidate, their votes were spread too thin, leaving Masinalupe the victor.

F.A.S.T.’s Toelupe Poumulinuku Onesemo beat out four H.R.P.P. candidates in Falealii No.1, but in a rarer example, would have still beat the incumbent party outright even against one candidate, with their collective votes totalling 828 votes to Toelupe’s 1,114.

Two other H.R.P.P. candidates in the constituency won 327 votes between them.

Former lone Independent, turned F.A.S.T. ally, and now candidate, Olo Fiti Vaai, is holding onto his Salega No. 2 seat by 33 votes. But if the two H.R.P.P. candidates had been one, he would be 70 votes behind instead.

In Palauli No.3 there were seven candidates total: one from Tautua, two from F.A.S.T. and four from H.R.P.P.

With just one candidate H.R.P.P. may have won by a landslide, with their four candidate vote totals equalling 973 to the winner’s total of 384 (F.A.S.T.’s Lagaaia Tiatuuau Tufuga).

F.A.S.T. did exceptionally well with a 50 per cent success rate, but still lost out on two seats thanks to vote splitting, costing them a potentially more straightforward route to a majority and the right to form a Government.

At the end of Election Day the party had 25 seats, having contested in 43 of the 48 seats up for grabs.

The party offered two candidates each in seven constituencies. Of those, it cost them in two seats, where the total votes to F.A.S.T. outnumbered those to the opposition.

In Palauli No.2, the two F.A.S.T. candidates fared significantly better than the H.R.P.P. opposition, and combined would have left him 1,208 votes behind.

But in Sagaga No.2, Anomaa No.1, and Palauli No.3, the two F.A.S.T. candidates, even combined, did not come close enough to beating their H.R.P.P. opponents.

In Faasaleleaga No.4, one of the two candidates beat the other by a substantial amount and went on to win the seat (Tea To’oala Peato).

How reliable is the popular vote?

In jurisdictions where parties put up just one candidate in each constituency to vie for election, analysts often look at how many votes each party won across the country to get a sense of their popularity.

It’s a useful measure of how many people wanted a given party to win, whether they had their way in their constituency or not.

But with such a large disparity between the number of candidates in each party, especially between H.R.P.P. and F.A.S.T., the Samoa Observer looked at the average of votes won per candidate instead.

In four constituencies in particular, that larger number of votes for H.R.P.P. is borne out, where they were the only party to contest for the seat.

Together, the three constituencies make up 9,245 registered voters, of which 65 per cent voted (about seven per cent of all votes counted so far). 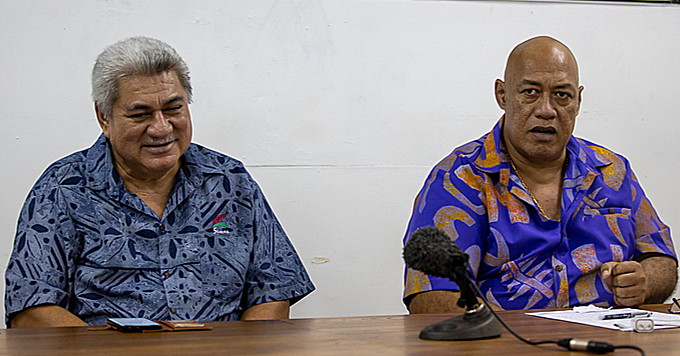 Opposition party to host its own Independence celebration

The Human Rights Protection Party (H.R.P.P.) will host a special programme on Wedn...