Police brought in one suspect in connection with the search for on the run convicts Pati Chong Nee and Vave Siifua Soifua. (Photo: Aufa'i Areta Areta)
TM
By Tina Mata'afa-Tufele, 19/01/2021

Police Commissioner Fuiavailili Egon Keil said one of the benefits of Tuesday’s raid is the discovery of marijuana plantations, which have dropped markedly for a village that is notorious in Samoa for growing and selling marijuana.

As the Police combed the area for convicted robber and escapee Pati Chong Nee and murderer and parole violator Vave Siifua Soifua, they found a solitary marijuana plantation. 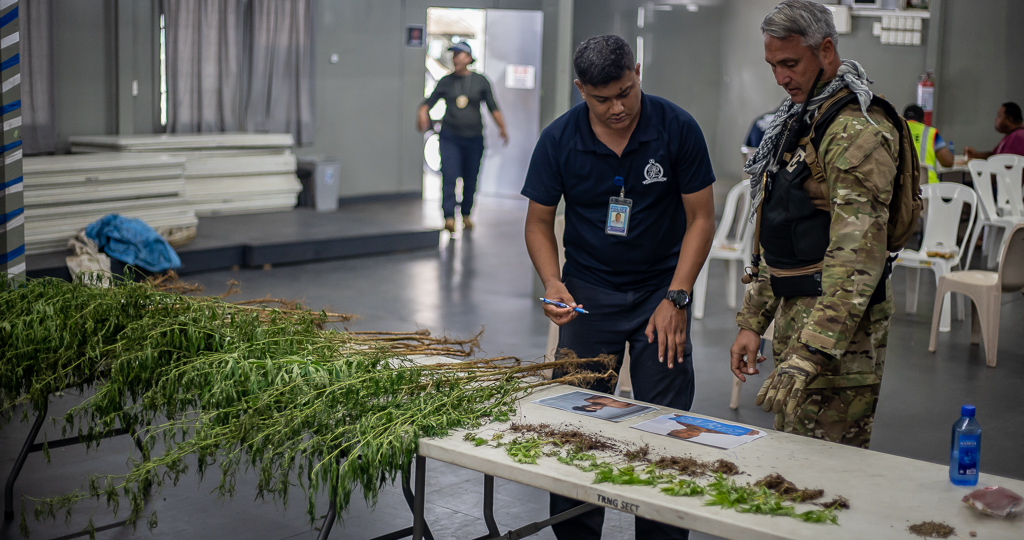 Fuiavailili, in a news conference with the media on Tuesday afternoon, said they searched Faleatiu for the two criminals and can now conclude that the village is “clean”.

“The good thing about this whole thing here is that Faleatiu is clean, we have been everywhere and we used drones as well to the top of the mountains and the sides of the mountains, and we dipped into Satapuala too and it is clean,” the Commissioner said.

“But that does not mean it ends here, they could grow it again tomorrow if they wish, and we don’t know when we will go back there again but the good thing is there is less marijuana. 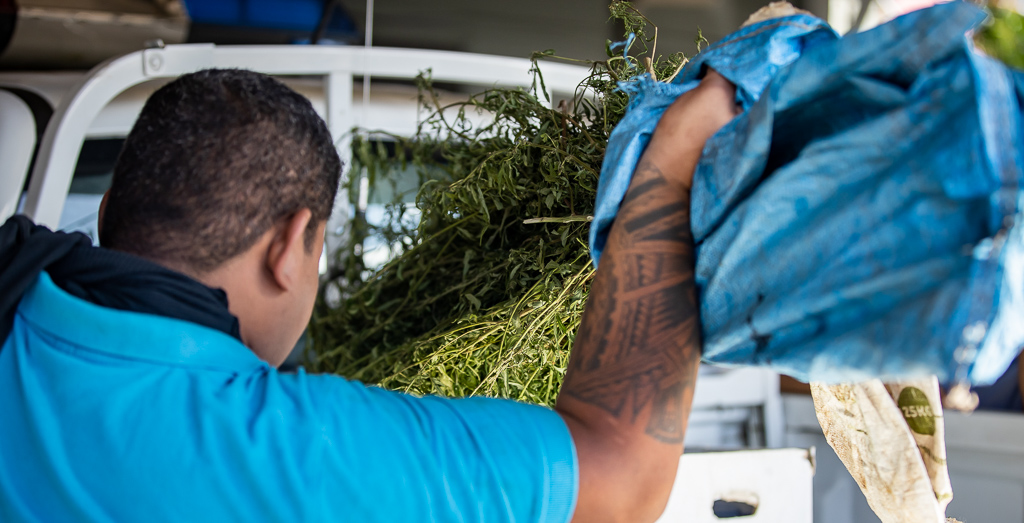 “What worries me is that they could go and grow in another village and cut this area because the Police are always coming to Faleatiu.

“As we were looking all over Faleatiu, we found this marijuana, it’s just one batch, one plantation of marijuana…127 plants of marijuana.

“We got these little [plants] here and we got a whole bunch of seeds, marijuana seeds for growing.”

In addition to the seized plants and seedlings, the Police also returned to the station with one suspect, whom the Commissioner didn’t identify and is facing charges of burglary and theft.

Fuiavailili later said the suspect is connected to the Police search for Chong Nee and Soifua and not the seized marijuana plants and seedlings. 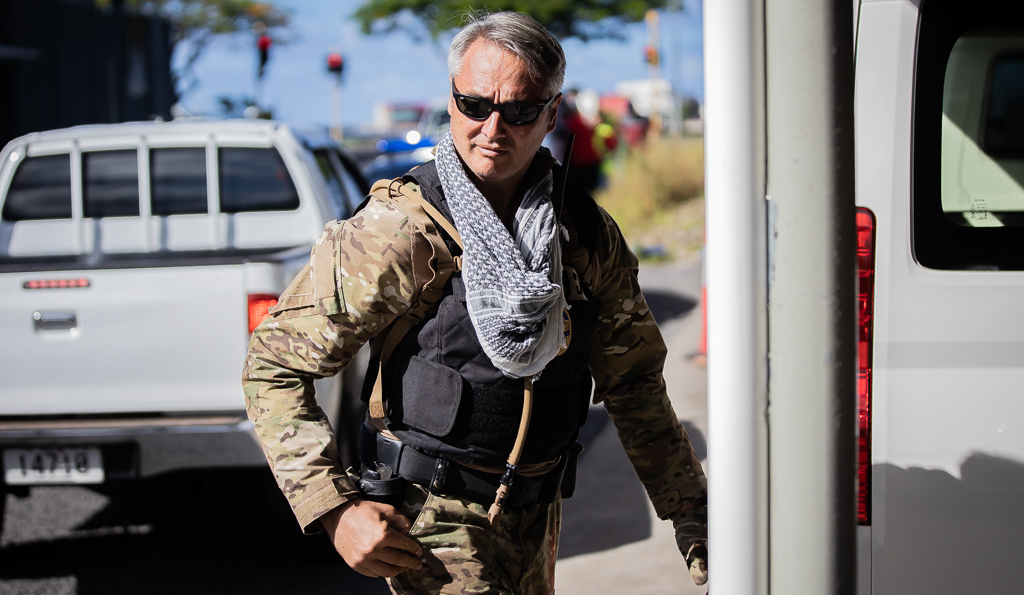 “He is part of this whole thing…he is one of our arrests. Not related to the marijuana but related to the search for Vave and Pati (and) has been charged (with) burglary and theft,” he added and indicated that the man had a conviction.

“This guy is not our target; these guys [Vave and Pati] are the target. I am grateful for the courage of the ladies and gentlemen who wear that uniform.

“They were up there all day, no breakfast, no lunch and it was hot, the conditions were very harsh up there.”

In the lead-up to Christmas last December, Ministry of Customs and Revenue agents intercepted two parcels sent from the United States that contained crystal methamphetamine (ice) and marijuana with a street value of $500,000. 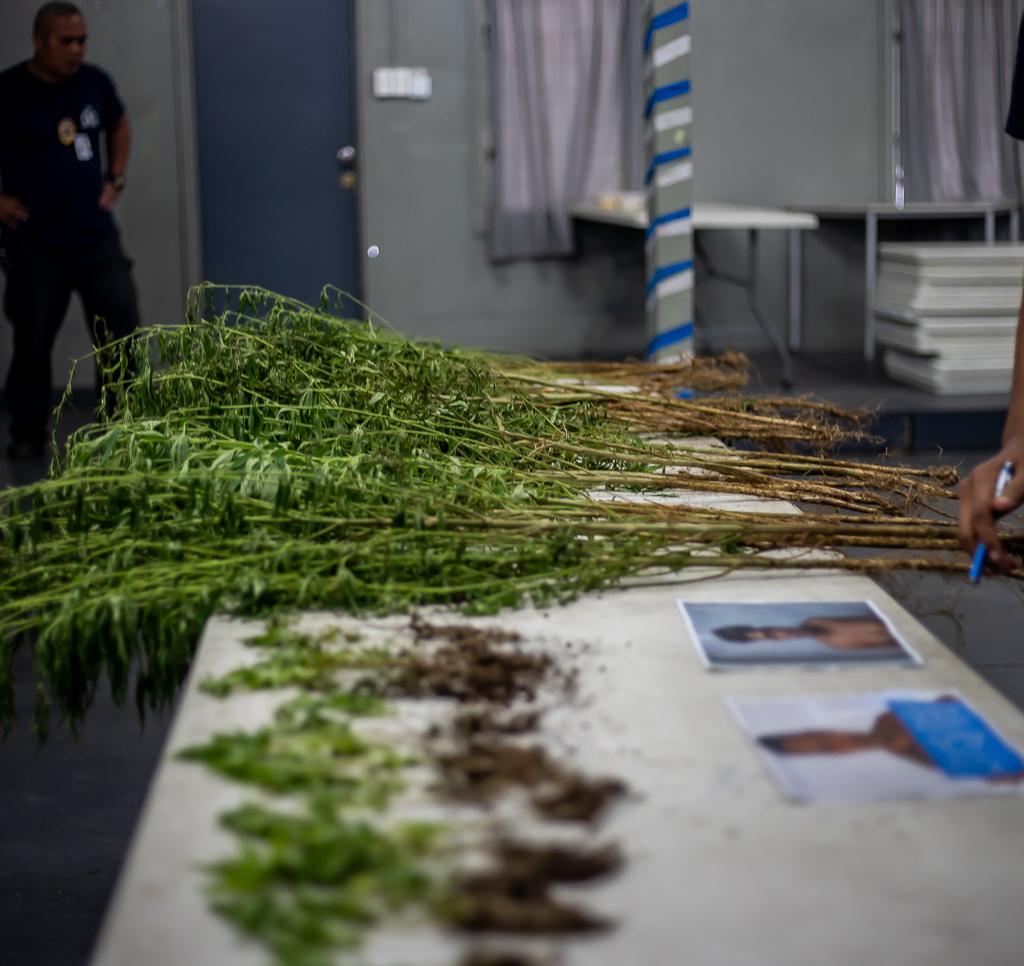 No arrests have been made, according to the Commissioner.

“We are still working on that one. We wish we could just make an arrest. Making an arrest is simple but making that arrest stick to get a conviction is quite difficult so we want to make sure we are following procedures and the law,” he said. “We are also cognizant of each person’s right…there must be probable cause.

“The good thing is we have the material in hand and that will be a deterrent. This is not the end of it there is more coming and we have some eyes on stuff.

“As soon as we get something we will let you know…it’s making sure the arrest does stick and that we have got the right individual.

“Certainly we don’t want to make any unconstitutional arrests. We have to make sure it is fair and it is within the law.”