More than 100 people arrived back in Samoa from New Zealand last week and were swiftly guided into transport to take them to quarantine facilties. (Photo: Aufa'i Areta Areta)

Reports that the ANZ Country Manager, Bernie Poort, had broken quarantine to buy groceries on the weekend were false according to Police Commissioner Fuiavailiili Egon Keil.

Allegations that Mr. Poort had broken quarantine orders gained steam over social media channels over the weekend. But, speaking to the Samoa Observer, Fuiavailiili said an investigation quickly established there was no truth to the matter.

“It was brought to our attention and we [looked] into it and [would] put a stop to it if it was happening, but in this particular case it’s just a rumour,” he said.

Mr. Poort and his wife have been in self-isolation at home in Vailima since Friday 22 March, after getting Government permission to undergo 14 days of quarantine at home instead of in a Government organised hotel.

Approached on the rumours, he declined to comment saying only that he was "disappointed" by the allegations.

The allegation in question – that he had left quarantine to do shopping at Lynn’s supermarket in Moto’otua – was also rejected by the supermarket owner herself, Lynn Netzler.

Speaking to the Samoa Observer on Tuesday morning, she said believes the rumour stems from someone mistaking someone else for Mr. Poort shopping at her store. Police checked the security footage and found no sight of Mr. Poort himself, she said.

Nevertheless, several Twitter posts by users angry to hear anyone permitted to isolate at home had left to do groceries were published since the weekend.

Users raised concerns about double standards for different people returning to Samoa, arguing the alleged quarantine break showed there should be no double standard for returning residents and citizens of Samoa.

During his 2AP programme on Saturday 23 May Prime Minister Tuilaepa Dr. Sailele Malielegaoi said people like Mr. Poort and his wife could be trusted not to break quarantine, “because no one will visit them,” he said.

“It will only be the palagi and the spouse. It's easy to monitor them. In case some may complain and ask why they have been quarantined separately, that is why.

“There are those who are easily trusted that they will keep to the isolation requirement of the Government. But the rest, especially our own people, it is hard to try to keep them in their homes, so we take them to the hotels.”

One Twitter user, Samoan photographer Jordan Kwan has taken down his post since learning the rumour was untrue.

“Lynn's reached out and said it's a case of mistaken identity, as someone did come in that looked a lot like the exec in question. If this is the case, I'm relieved and owe this man an apology! You're extra sensitive when it's close to home, and I'm glad I was wrong,” photographer Jordan Kwan said.

Lynn's reached out and said it's a case of mistaken identity, as someone did come in that looked a lot like the exec in question.

If this is the case, I'm relieved and owe this man an apology! You're extra sensitive when it's close to home, and I'm glad I was wrong.

Fuiavailiili said he was not aware of social media posts circulating rumours about Mr. Poort, and that his team attended to reports brought directly to Police.

Among six Samoan athletes who have qualified for Tokyo is kayaker Anne Cairns, who has been paddling in a few different disciplines of paddle sports for nearly 25 years, and competed in the 2016 Summer Olympics in Rio.

First they opened their new classrooms and now they have brand new desks and chairs. That's the reason students educated at Leifiifi College celebrated yesterday, thanks to a donation from New Zealand’s High Commission. 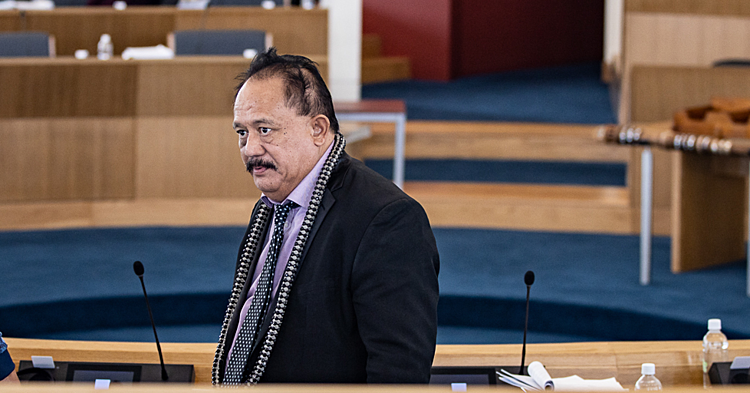