The Prime Minister made the points during a ministerial statement in Parliament on Tuesday. (Photo: Supplied)

The Prime Minister, Tuilaepa Dr. Sa’ilele Malielegaoi, is adamant. He insists that claims from Judges of the Criminal Court and the Samoa Law Society that three bills to create an independent Land and Titles Court before Parliament threaten the rule of law are “unfounded” and represent “palagi* thinking.”

He also said that “some lawyers” keep talking about the rule of law when “they don’t understand what it means.” He did not name anyone in particular.

The Prime Minister made the points during a ministerial statement he delivered in Parliament on Tuesday, in response to concerns about the Constitutional Amendment Bill 2020, Land and Titles Bill 2020 and the Judicature Bill 2020.

The bills propose to separate the Lands and Titles Court from the Criminal Court - among other monumental changes - that have been heavily criticized by the legal fraternity during the past few weeks.

The gist of the concerns is about the destruction of the Judiciary and the violation of the separation of powers concept. The Samoa Law Society has also warned that the bills are “defective, dysfunctional” and “racist.”

But Tuilaepa dismissed the claims saying they are “false” and designed to “mislead” members of the public. He also accused the Judges of deploying antagonising tactics using the “newspaper” and other media. 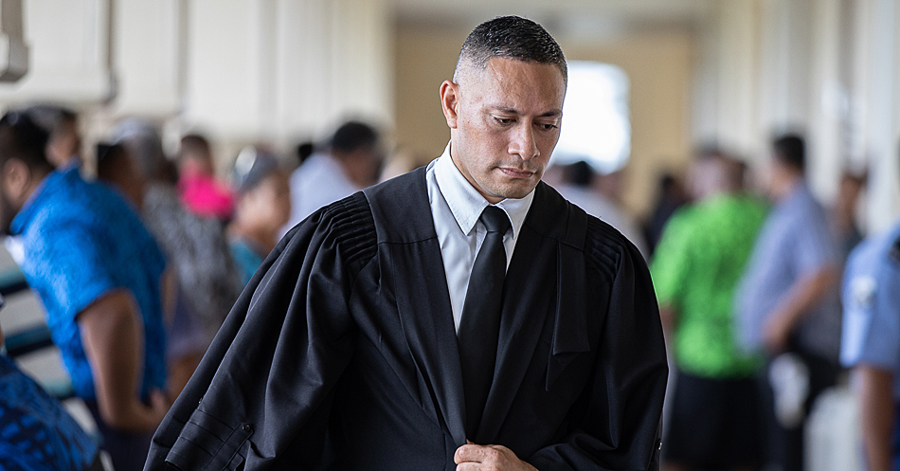 Wearing a face mask, the Prime Minister reiterated that the bills are designed to ensure the Samoan culture; village and communal rights are preserved and protected. He said once the bills are passed, Samoan Judges would finally be able to make rulings on matters only Samoans can comprehend.

For far too long, he said, the Courts have recognised individual rights at the expense of villages, churches and organisations.

“Individual rights are in the Constitution and they are in the constitutions of all nations governed by papalagi,” Tuilaepa said. “It recognises the right of an individual over a group of people. That’s why every time there is a case between a village council and an individual who has rebelled against village authority, the court ruling always favours the rebel.

“That’s because it is what the constitution written by the palagi and observed by the whole world says. It (constitution) was done by papalagi who have no customs and culture like Samoa.”

Tuilaepa also turned on the concept of common law, saying that it is not Samoan.

“The rights recognized by common law are from papalagi, they came from the traditions of Britain. These are their customs; they are palagi customs because they do not have a culture like Samoa where villages are governed by ali’i ma faipule.”

Tuilaepa said the Judges of the Criminal Court and the Samoa Law Society do not understand the bills because they are “too palagi” in their thinking. 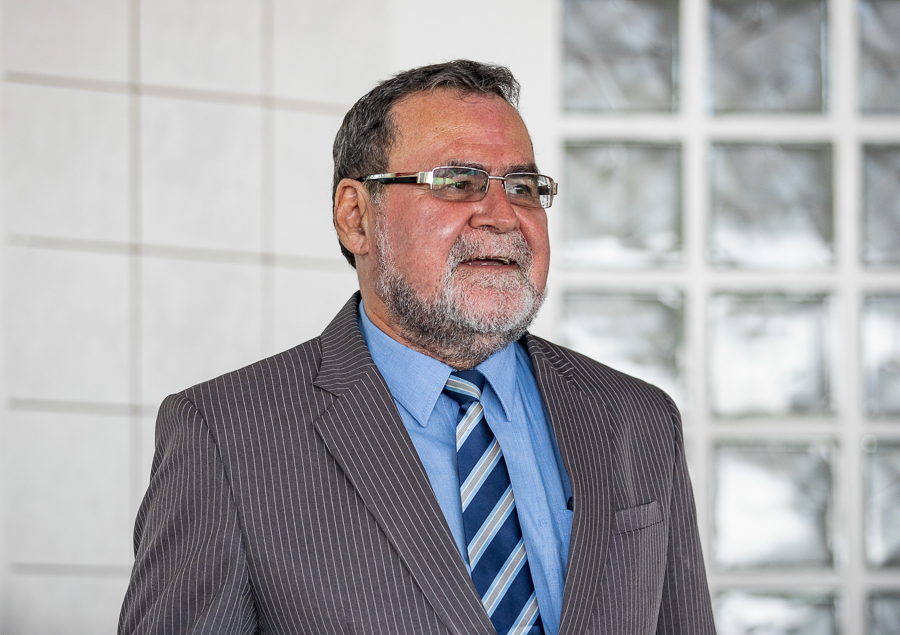 “I suspect that if the matai who are opposing these bills were living in their villages and involved in their village councils, it would’ve been easy for them to understand the intent of the bills,” Tuilaepa said.

“They haven’t been seen in the village since, let alone sit in during a village council meeting to observe how matters are dealt with by orators and paramount chiefs of Samoa.”

In justifying the bills, Tuilaepa denied that the Government is violating the Constitution. He also dismissed fears about a “two-headed” Judiciary.

“Mr. Speaker, there is nothing new (in the bills),” he said.

“The only small change is to emphasize and protect our Samoan cultural rights, which is the way of living for all of us, everyday.

“We want the Court to equally view individual rights, which is based on palagi beliefs, and communal rights, which are at the fore of our cultural governance. That’s all.”

Tuilaepa also reminded that since Samoa was administered by Germany and New Zealand, the L.T.C. was always separate from the Criminal Court. The common factor was that one person held the role of Chief Justice and the President of L.T.C.

“But that was changed yesterday, in 2004,” Tuilaepa said. “The Constitution was changed because the former Chief Justice [Patu Tiava’asue Falefatu Sapolu] couldn’t continue to take on the dual roles because of the growth in the number of cases.” 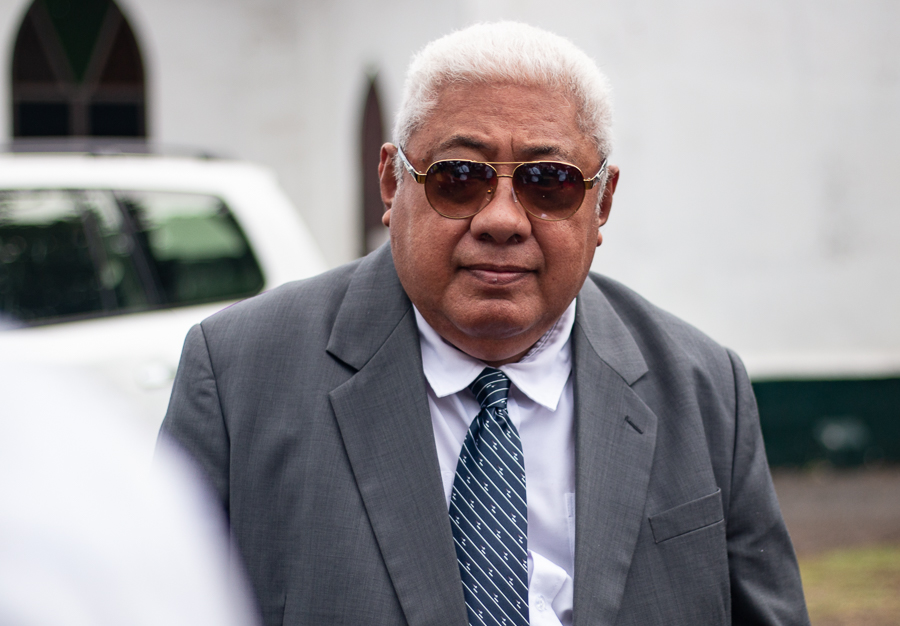 “I know the Chief Justice at the time was very happy about the change he initiated and accepted by Parliament,” Tuilaepa said.

“The question is did anybody oppose the decision to separate the position of the Chief Justice and the President? Did a Judge of Criminal Court or the Samoa Law Society oppose the separation then? The answer is there was not one voice that objected.”

The Prime Minister added the lack of objection at the time was because the legal fraternity knew that despite the change, there could only be one Judiciary in any democratic country.

“Mr. Speaker, there is one Judiciary, whether there are two, three or ten different courts,” he said, adding that the Chief Justice and the President roles do not clash. “Their duties and roles are different, like the difference between the east and the west, and yet they are all under one Judiciary.

“The connection is the judicial review. It is a review of L.T.C. decisions by the Chief Justice.”

But Tuilaepa said this was not done by Parliament.

“It was a thing done by a papalagi Judge based on a Common law, it was not by a law from this Parliament (that started this),” he said.

When the bills are passed, appeals in decisions from the L.T.C. will be handled by Samoan chiefs, Tuilaepa said. 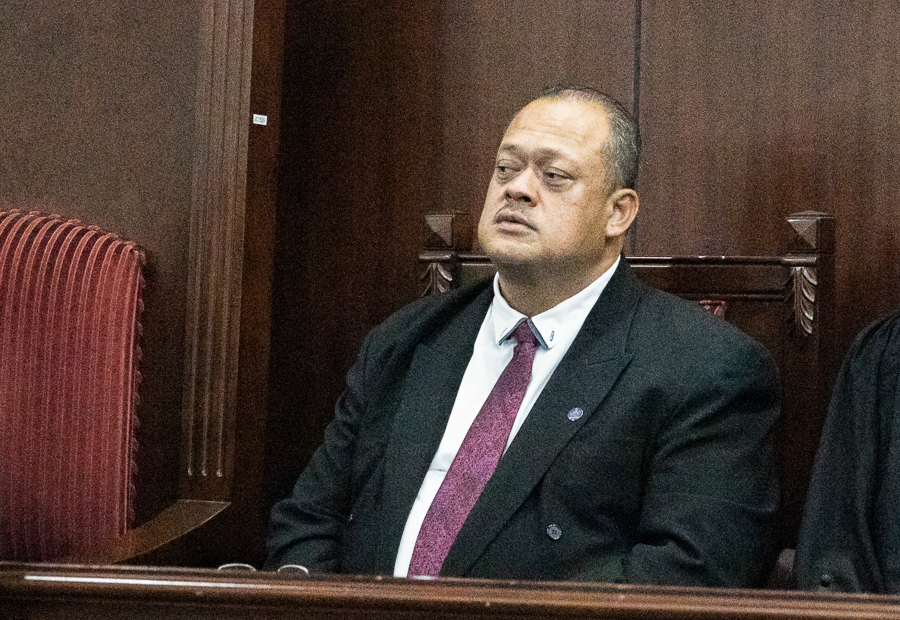 “They are true Samoans who understand Samoan traditions and our culture. We will no longer give it to the Chief Justice and the Court of Appeal presided by papalagi from overseas.”

The Prime Minister re-emphasised that the bills are designed to improve the work of the L.T.C and ensure Samoans get what they want from the Judiciary.

“This is Samoa, it is not only small but nothing remains hidden,” Tuilaepa said.

“As Members of Parliament, families, villages and constituencies have come to us for help in relation to these matters.

“They are uncertain, when they go to the lawyers, they get hit by bills up to $40,000 they cannot afford. So whom do they turn to? They turn to their members in Parliament, it [is] your job to raise these matters.”

The Prime Minister reminded that the rule of law and proper Parliamentary democracy recognise the important role of Parliamentary Committees appointed to review the bills.

“This is normal procedure since 1962, recognizing the rights of all Samoans to express their views on bills before Parliament. That is part of the rule of law,” he said.

Tuilaepa said the Parliament Committee is ready to hear the views of all Samoans.

“This is an important avenue for consultation. Whether you are a lawyer, Judge,  Chief Justice, a matai, they have the freedom to appear before the Committee. They can scratch, cut, bend or straighten the bill. That is your contribution….

“Only the Parliamentary Committee brings in a recommendation to Parliament on any matter for it to be reconsidered. No newspaper, TV or radio can make a decision on something major as this because they don’t understand the depth of these things.”

The Prime Minister said the Committee hearings begin on Wednesday.

“Go before the Committee and confess that you have been too quick… and then offer your opinions.”

*Palagi and papalagi are Samoan words to describe someone or a group of people who are white.