Samoa Shipping Corporation Acting C.E.O., Pipi Ioane Fomai, told the Samoa Observer they made the decision to keep their vessels in Savai’i based on their past experience in previous cyclone seasons.

"Due to warnings from the Samoa Meteorology office about a cyclone, it is just right for us to take all our ferries to Savaii because the ferriers are safer there," he said.

"In the previous years during cyclone seasons, we have seen that the wharf at Salelologa is the safest place to keep our ferries because the water there is really deep.”

Pipi said there is a difference in the depth of the sea at the Salelologa and Mulifanua wharves, which can determine the vulnerability of the vessels to high swells and wind direction.

"The wharf here in Matautu (where Lady Naomi and SSC40 is anchored at) and also at Mulifanua is no longer safe due to high swells, for Mulifanua not only the high swells, but they are also facing the direction of winds," he added. 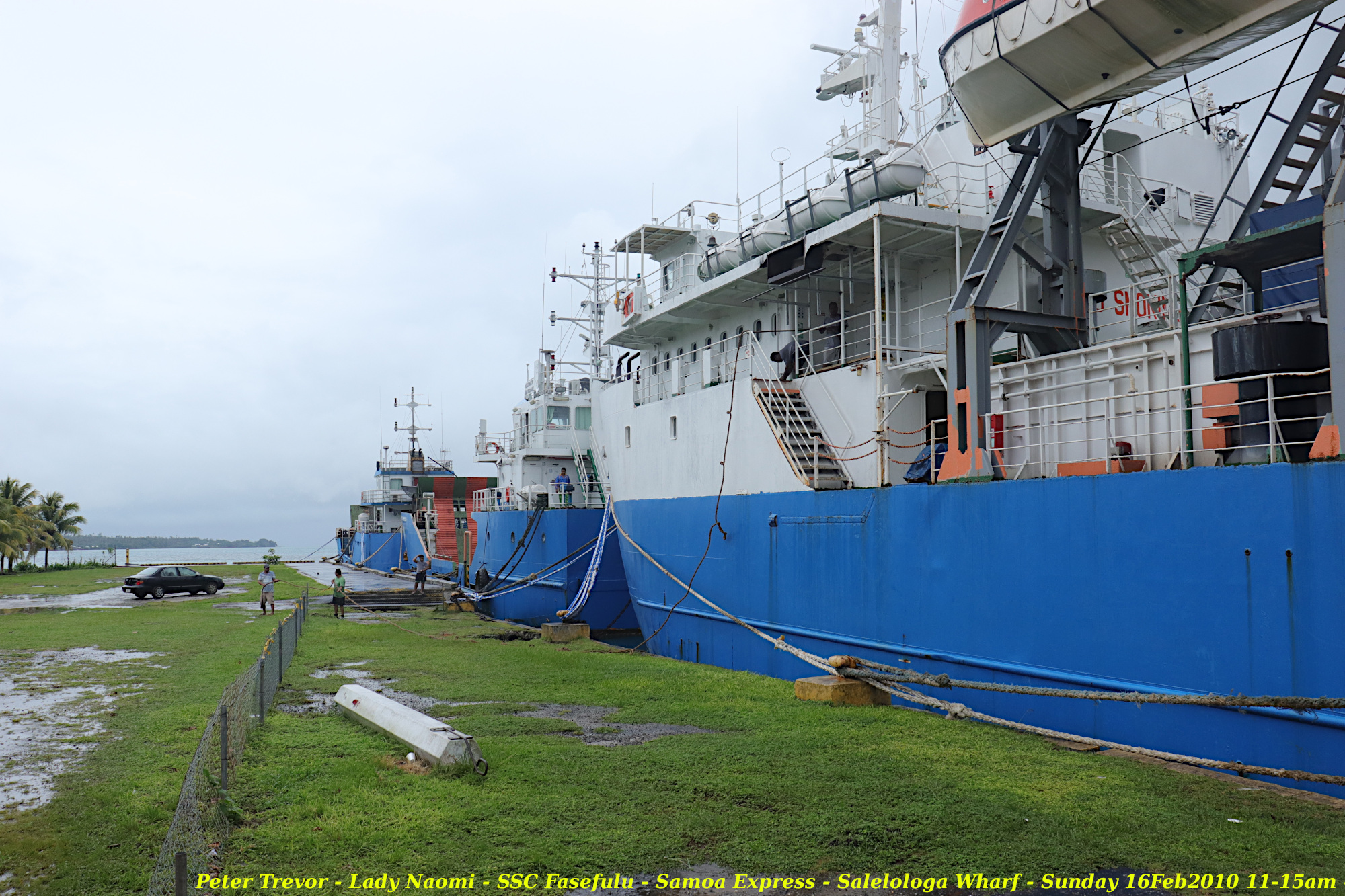 With the Mulifanua wharf facing the wind direction, he said they tend to delay their trips due to the strong winds, especially for Lady Samoa III.

"We are doing our very best to secure our ferries as they are the only way of transportation between the two islands," he said.

Pipi said the corporation hopes that the strong winds and yet-to-be-named cyclone spares the inter-island ferries of damage.

Savai’i resident Tausivaatele Peter told the Samoa Observer on Sunday that the Lady Naomi cancelled its ferry service at 11am that day.

“The Lady Naomi had one trip around 11am this morning and it has returned but there is no traffic around and no buses as usual for the ferries on Sunday here at Salelologa,” he said.

According to Mr. Peter, a long serving crew member on the SSC Fasefulu advised that they will be in port until Tuesday.

“Lady Naomi was on her way to Mulifanua when I was at the Salelologa wharf and the other five ferries are tied down tight with double ropes,” he said.

Mr Peter said using ‘double ropes’ to secure the ferries is a sign that the shipping staff anticipate the tropical depression turning into a tropical cyclone in the next 10 hours.