Police Commissioner, Fuiavailiili Egon Keil, has declared a continuing war on drugs, saying the Police are on a mission to keep Samoa safe.

The declaration from the top cop follows the biggest drug bust in the history of Samoa on Friday morning at Faleatiu.

Police say they seized about 10,000 mature marijuana plants, firearms, methamphetamine and ammunition in a raid which is evidence of a growing drug problem in the country.

“You don’t want to be involved with anyone with those combinations,” the Commissioner told the Samoa Observer about drugs and guns.

The operation, which was executed in the early morning deep in the woods of Faelatiu, led to an armed standoff but ended without weapons being fired.

The Police Commissioner, who led the mission comprising 100 surveillance Police Officers, says the simultaneous discovery of hard drugs, firearms and marijuana is evidence of growing illegal activity at Faleatiu.

He confirmed that a search warrant was issued before Police conducted the raid that depended heavily on a drone for visual surveillance before law enforcers moved in.

“The operation targeted certain people like escaped prisoner, Suitupe [Faamoe Paufa], and others that are on parole [who] have reoffended,” said the Commissioner.

Last month, a boy sustained a gunshot wound on the mouth from Faleatiu; the Commissioner said the incident is related to the drug operations in the area.

“This is about 10,000 marijuana plants and it took us a long time to pull it and carry it from the deep woods of Faleatiu.

“We could have just burnt it up there [the marijuana plants] and its a lot of work in the rough terrain to get it here.

“But we wanted to show the public what is happening up there. It’s not safe and this is not good for Samoa.”

Fuiavailiili added: “We can do without this kind of stuff, and there are a lot of crimes reported to Police because of this [kind of activity] from [Faleatiu].”

The Commissioner emphasised that while going into Faleatiu is always dangerous and the lives of Officers are on the line, he said that is the price of keeping Samoa safe. 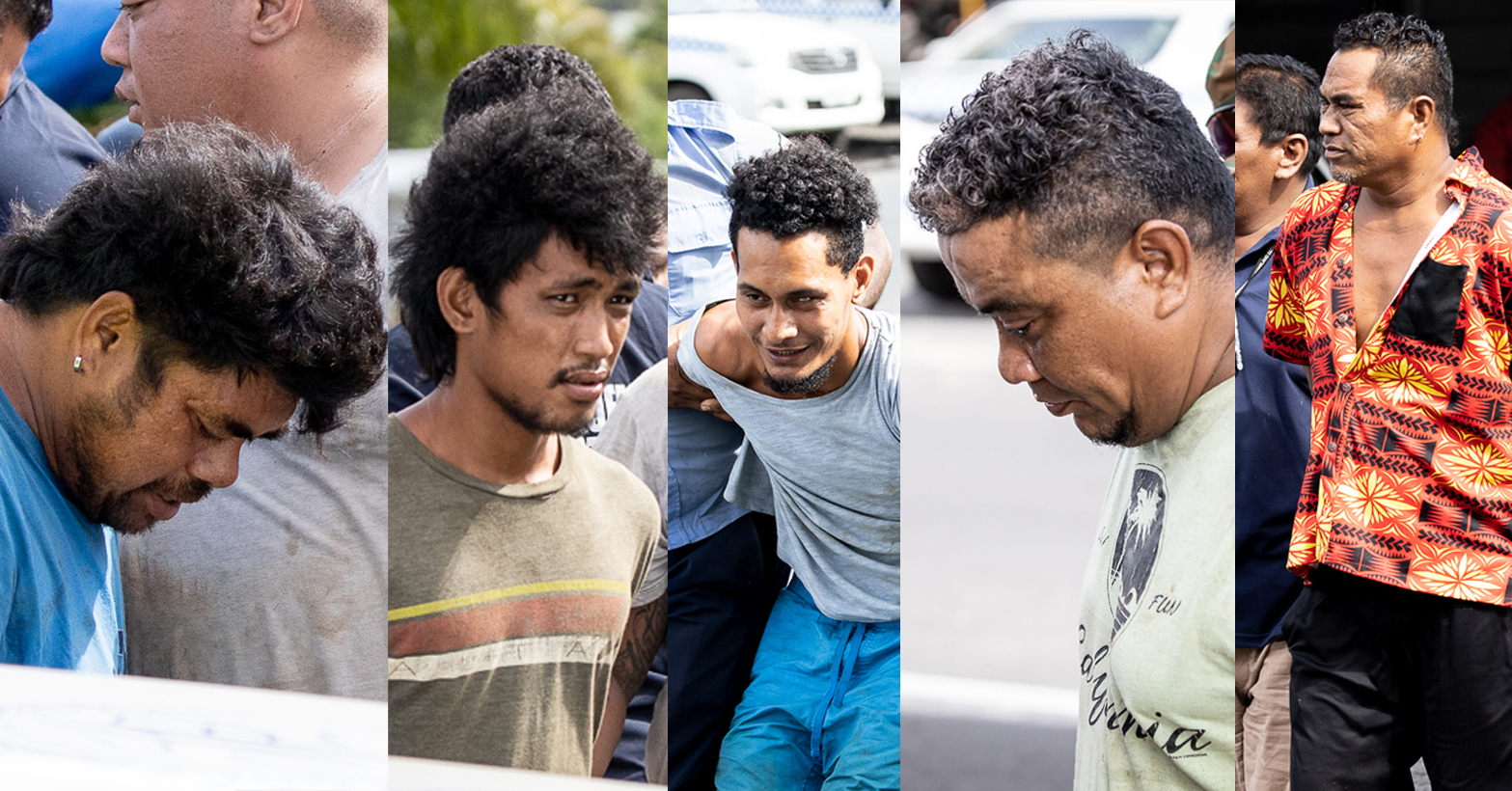 “Officers know the danger they are in when they go out in [such an] operation,” he explained.

“They had the guts to go out and protect our people, our community our tourists.

“The Officers do it to keep the public safe and I am grateful they have the courage to go up there, we have to do something.”

Fuiavailiili said there have been reports alleging there is methamphetamine - better known as the drug "ice" - being manufactured at Faleatiu.

A crack pipe, used to smoke "ice" was seized from Friday’s operation and he says lends proof to the allegations.

“We can’t just sit around while the country is complaining and vendors and tourists are harassed by people selling marijuana,” he said.

About four rifles were seize, a 38 revolver, ammunitions, fertilisers, money and a significant amount of marijuana cigarettes were confiscated from the raid.

While the firearms appear to be old, Fuiavailiili warned that they do work and it can kill anyone.

The Police are yet to give an estimated value on the plants and other products they seized but the Commissioner said it was the largest drug seizure in Samoan history.

Another prison escapee, Suitupe Faamoe Paufa, was seen by officers who were conducting the raid but had managed to evade authorities with another suspect.

Members of the tactical team were armed for the safety of the officers.

Fuiavailiili said while the suspects had pointed guns at them it was fortunate they did not need to discharge theri weapons.

“We don’t want to use [our guns] – it is a tool but if we must we will have to but I am glad that no one died or no one was injured.

“They are all back and safe.”

Friday's operation is one of a few raids by Police in the Faleatiu area, which is an area becoming infamous for growing drugs.

In the past, several Police Officers were shot during raids at Faleatiu; one Officer lost his life in 1996 during an operation in the area.

The earliest recorded injury sustained by law enforcement officials in the area was in 1980 also during a raid in the village.

In 2012, five Police Officers were injured during an early morning raid and a stand off between police and nearby village of Satapuala.

In around October in 2014, a Police Sergeant was shot and injured while trying to capture an alleged shooter at Faleatiu.

In August the following year, police managed to escape any injuries in a raid at Faleatiu that led to 5 arrests.

Another police raid in May 2016 during the time of Fuiavailiili at Faleatiu, the law enforcers had no injuries.

The raid saw some 100 marijuana plants were seized in the same village, unauthorized ammunition and five suspects were arrested.

The man is believed to have gone to fetch some coconuts from his plantation but never returned home.

It was in January last year where a 15-year-old boy that went missing was found dead in the area.

At the time, police said the deceased boy and another child from nearby Satapuala village were caught for allegedly stealing marijuana from a plantation in the area.

Five men were later arrested in relation to that incident with 140 marijuana and seedlings being seized.