A retired Methodist Church minister who served for 37 years says it is the moral duty and responsibility of any church minister to pay taxes.

Reverend Vaiao Eteuati, 78, told the Samoa Observer that he paid taxes all his life – except for two years when he was church minister at Matafele – otherwise everyone regardless of denomination had to pay taxes.

“Everyone who receives an income must pay tax, everyone. Why? Equity is the most important thing. Everyone has to contribute to the development of the country’s infrastructure – the roads, pension and everything. I have paid tax all my life as a faifeau except for the two years when I was the church minister at Matafele,” he said in an interview.

“From 1978-2012, I had to pay tax as a Samoan pastor, but before that I was a New Zealand church minister in 1975. We paid tax when we were in New Zealand working in the Samoan church. I have been a faifeau since 1975 when I finished Trinity in New Zealand. So I have been around for quite a long time now,” he added.

The Government has refused to back down from its new policy and is determined that all church ministers should have their income taxed. The church ministers have been given until July 31, 2018 to comply or risk having their personal assets seized by the authorities. 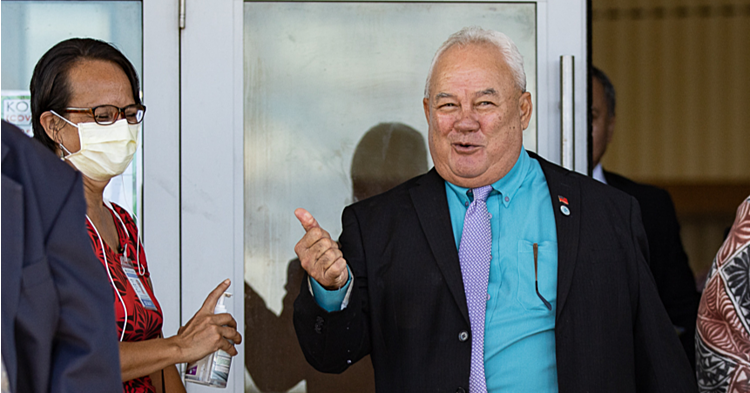 Samoa national flag carrier, Samoa Airways, has been given $1 million tala to pay its bills under the Government's coronavirus pandemic stimulus package. Minister Lautafi says the funding is necessary given the airline's role in tourism.