Congratulatory Letter on the Occasion of Samoa’s 60th Independence Anniversary

Congratulatory Letter on the Occasion of Samoa’s 60th Independence Anniversary

On behalf of the United Nations Secretary-General and the United Nations in Samoa, I am pleased to convey our congratulations to the Government and the people of Samoa on the occasion of the country’s 60th anniversary of independence on 1 June 2022.

It is with great honour that, as UN Country Team, we celebrate with the Government and the people of Samoa six decades of transformation and progress that built a strong foundation for a brighter future for all.

As the first Pacific nation to gain its independence in 1962, Samoa has served as a great model of determination and commitment to bettering the lives of its people and advancing sustainable development on its islands and in the region. In 1976, Samoa joined the United Nations fully embracing the Charter and the values of the organization and bringing the voice of the people of the Pacific on the global stage.

Over the last 60 years, Samoa has greatly advanced to graduate from a Least- Developed to a Mid-Income Country in 2014, achieve most of the Millennium Development Goals (MDGs) by 2015, adopt the Sustainable Development Goals in national plans and present, to date, two Voluntary National Review reports to the High-Level Political Forum under the auspices of the ECOSOC.

As the longest serving UN organization in Samoa, UNDP has been an important partner to the Government and the people of Samoa on their successful journey in meeting the MDGs and implementing the 2030 Agenda.

UNDP is proud to have worked with the Government of Samoa in strengthening its resilience by enhancing the climate change adaptation of its communities, infrastructure and institutions. The organization has supported Samoa in increasing its access to renewable energy solutions, providing sustainable livelihood options to the poorest and most vulnerable families, with particular focus on economically empowering women. UNDP has also contributed to fostering good governance, gender equality, poverty reduction and digital transformation in Samoa. UNDP and the UN remain committed to helping Samoa accelerate its efforts to attain its development aspirations and achieve the Global Goals.

In 60 years of independence, Samoa has solidified its democracy and social cohesion including through steady progress in gender equality and ensuring that all of its citizens can enjoy equally the rights and freedoms attained. Specifically, Samoa has much to celebrate in progressing women in leadership – and we congratulate the Government and the people of Samoa for putting in place measures to balance the scales for women in leadership – setting a standard for the Pacific region as a whole. Acknowledging the country’s commitment to ending violence against women and girls, UN Women stands ready to continue its partnership with all actors in Samoa and, most importantly, with the civil society and the community for a peaceful and inclusive future that protects women’s rights and fosters women’s empowerment.

In 2005, Samoa became member of the International Labour Organization, capacity in which it ratified all 8 Core Fundamental Conventions by 2008. In 2009, Samoa established its National Tripartite Forum (SNTF) and the compilation of the Tripartite Forum was included at the time in the newly adopted Labour Employment Relation Act. In addition, to ensure inclusive policy decision-making in a tripartite format, Samoa ratified in 2018 ILO Convention #144 on Tripartite Consultation. This has institutionalised the operation of the Samoa Tripartite system that became best practice of Tripartism and Governance in the Pacific. Samoa continues to make an outstanding achievement in most of its country programmes with upgrading and modernising labour legislations and regulations, development of required policies including employment policy, guidelines and compliance with International Labour Standards. Samoa is an exceptional member state with its Decent Work Country Programmes (DWCP) since 2008, with the third DWCP to be adopted in 2022 in alignment with the UN Sustainable Development Cooperation Framework 2023-2027.

Samoa’s membership in the Committee on the Rights of the Child (CRC) and its commitment to rights have been instrumental in bringing the CRC for the 84th session in Samoa in 2020, the first ever meeting of a treaty body to take place outside Geneva or New York. The 30th anniversary of the Convention on the Rights of the Child that was celebrated in Samoa in March 2020 provided the extraordinary opportunity to the CRC members to meet with the children of Samoa and listen to their vision of the country’s future. UNICEF is proud to work hand in hand with the Government of Samoa in providing quality immunisation services to children and full coverage of various childhood vaccines against vaccine preventable diseases while strengthening infrastructure, human and institutional capacities in the health sector for better quality of life. UNICEF and WHO have worked closely with the Government of Samoa in the response to the current COVID-19 pandemic through adequate health security measures and vaccination coverage which now stands at above 90 per cent.

Samoa’s inspiring journey over the last 60 years represents exemplary fortitude of its people and vision of its leadership – and on this joyous day, the World Food Programme commends the Government and the people of Samoa on its progress. Since 2015, we are proud to have been collaborating on strengthening Samoa’s national capacities in logistics and emergency telecommunications to prevent, mitigate and prepare for natural disasters and build resilience in the country- especially after Tropical Cyclone Gita in 2018, a time that brought the resoluteness of the nation to the fore. Together today, we are securing the healthcare workers who are on the frontline of the pandemic and breaking ground by pioneering data-driven decision making for social protection policies against the threats of food insecurity. As the COVID-19 pandemic compounds the impacts of climate change, WFP remains strongly committed to the Government of Samoa and to serving the people through these unprecedented times and beyond to build a resilient future for all.

On the festive occasion of Samoa’s 60 anniversary of independence, the Food and Agriculture Organization (FAO) commends the Government of Samoa for the progress achieved in the areas of food security, nutrition, and rural development. The results have been made possible through building the evidence base and the capacities needed for high quality policy-making, strengthening animal and plant protection, and boosting agricultural productivity and marketing in the face of climate change. The country’s success in 2015 in being declared one of the 40 countries that have halved Hunger rates within 30 years, despite a cyclone hitting that same year, speaks of Samoa’s tenacity in fighting the odds and carving a better future for its people. FAO stands strong in its commitment to serving Samoa and its people through a continued fruitful collaboration and a solid partnership for food and nutrition.

UNFPA’s partnership with the Government of Samoa on the issue of reproductive health goes back to 1971 with assistance in conducting multi behavioural change, family health and safety surveys on family planning and sexual reproductive health and rights (SRHR) as well as building capacities of health service providers in delivering effective SRHR, Family Planning, Maternal, Child and Adolescent Health services. The UN was a partner in a Maternal Child Health and Family Planning Programme launched in Samoa and geared primarily to improve the health of mothers and children as well as to counter rising population problems. It has provided valuable maternal and children health services, community education on population issues and improved access to safe contraception methods. The UN continues its collaboration with the Government of Samoa in the development of district plans which provide an inclusive platform for inclusive engagement of youth, empowerment of women, and strengthening the integration of SRHR related Universal Periodic Review recommendations and Nairobi summit commitments on the ground.

As a longstanding partner of Samoa, UNESCO extends its congratulations on the Independence Day of Samoa, a day that is a symbol of freedom from colonisation. UNESCO and the entire UN team join the Government of Samoa in paying homage to the Samoan women and men who struggled for freedom and peace. UNESCO stands with you to acknowledge the progressive achievements that the country has claimed in extending the universal rights to education, fundamental freedom and public health, and ensuring the well-being of Samoans and its long-term and temporary residents. The Organisation also commends the progress the country has been making in protecting history and developing the gagana Sāmoa and advancing its culture.

At a time SIDS’ vulnerabilities deepen in the face of adverse global economic conditions and rapidly advancing climate change, the United Nations stands with the people of Samoa and the Pacific to safeguard life in harmony with nature through solidarity and respect for human rights and freedoms.

We look forward to celebrating together throughout the year Samoa’s great journey of independence and development and our partnership for peace and prosperity for all. 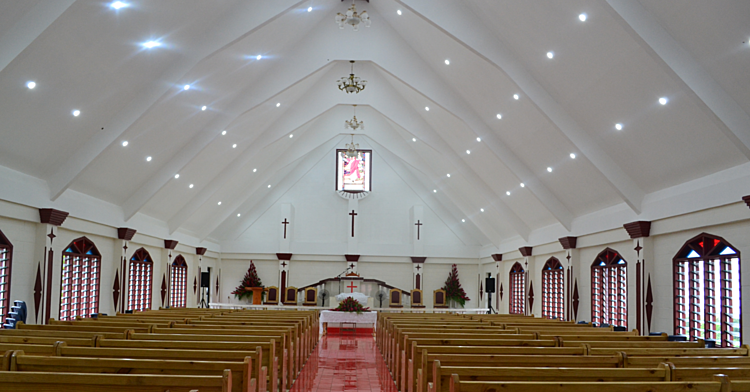 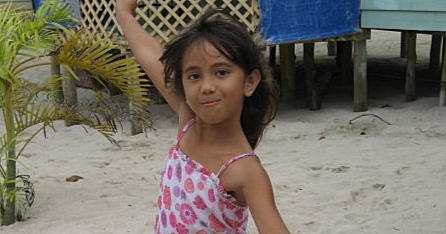 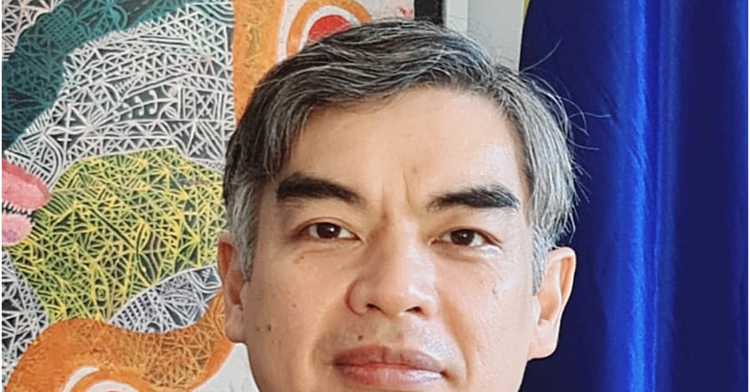 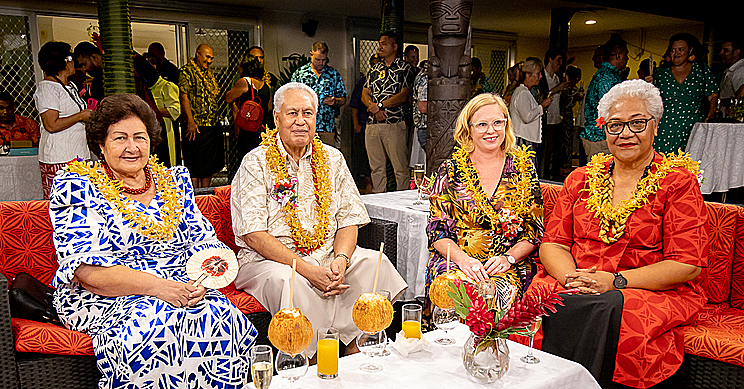