Twenty-year-old Marion Faustino Ah Tong was declared the champion last Saturday and also made history as the youngest boxer ever to win the coveted Ted Morgan Cup as the winner of the welterweight division.

The 2020 BNZ National Championships was hosted by the Wellington/Hutt Valley Boxing Association at the Te Rauparaha Arena in Porirua City in the Wellington region of North Island.

Ah Tong – who was also one of seven Samoan boxes to win gold at the 2019 XVI Pacific Games in Samoa – took on New Zealand’s Wendell Stanley in the semi-final last Friday and outclassed his opponent to progress to the final on Saturday against Kiwi boxer Tawhirimatea Toheriri-Hallet. 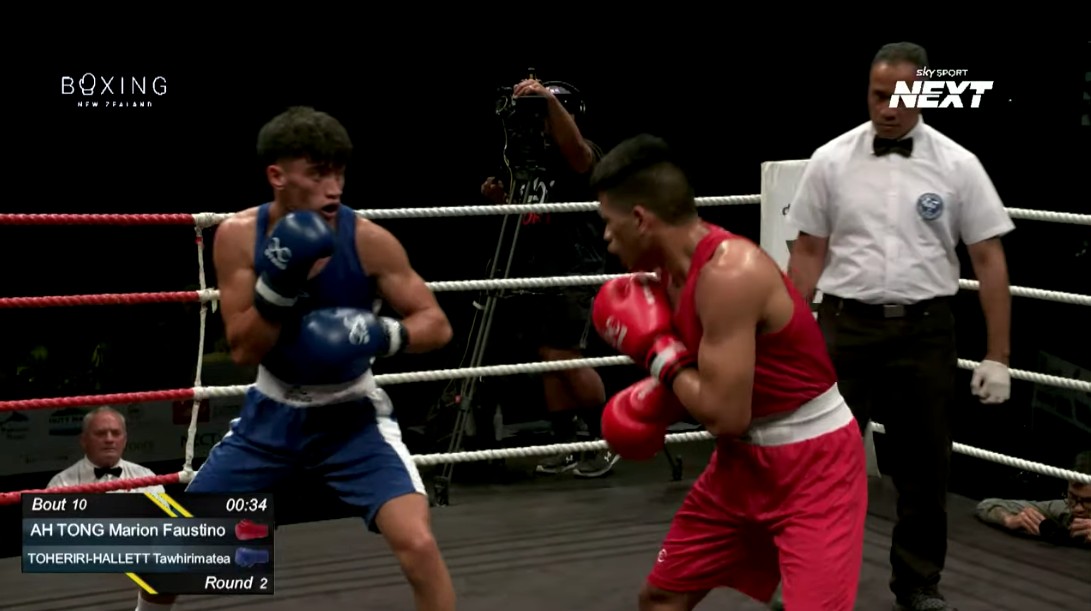 In the fight on Saturday, which was live streamed on YouTube by New Zealand’s Sky Sport, commentators noted the height difference of the two boxers with Toheriri-Hallet standing 182cm tall versus Ah Tong’s 178cm.

They also noted Ah Tong’s international experience as a Samoan national representative and said he was “sleek and dynamic” against a “robust” Toheriri-Hallet, though they were of the view that the two boxers started their bout slowly, when compared to the previous fights.

For the duration of the bout, the Samoan boxer kept on exploring his chances to land his punches, while Toheriri-Hallet with both gloves raised either fended them off or skipped away. 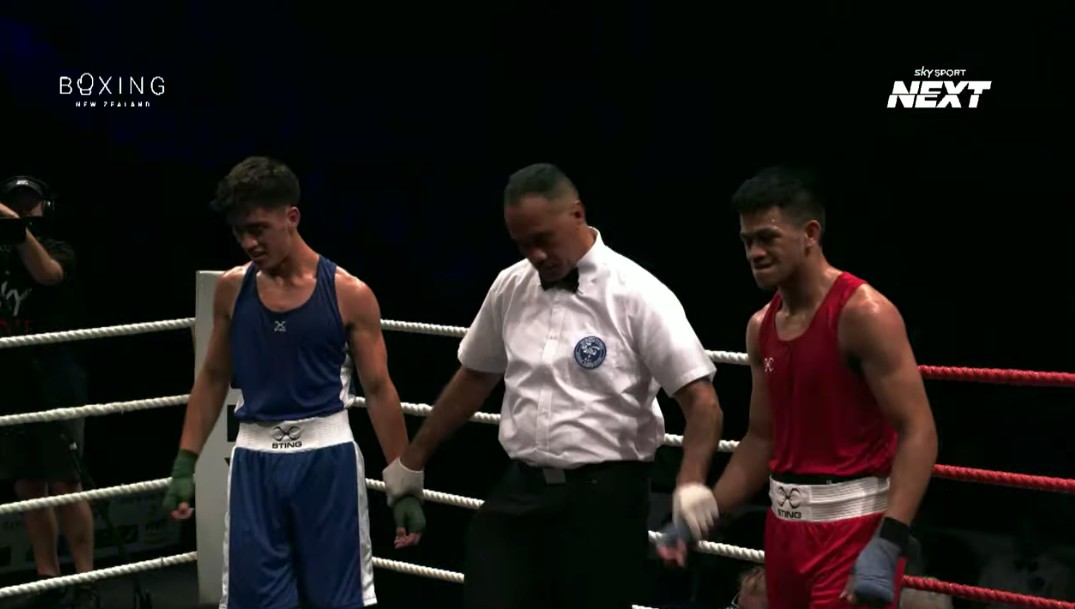 In the final 10 seconds of the fight, the two boxers lunged at each other with urgency with Toheriri-Hallet throwing a left and a right jab at his Samoan opponent that missed, with Ah Tong returning serve with a left jab that also missed before the bell was rung to end the 10-minute bout.

In a unanimous decision the judges awarded the fight to Ah Tong, who represented the South Auckland Boxing Association.

The commentators said the win by the Samoan boxer was well deserved. 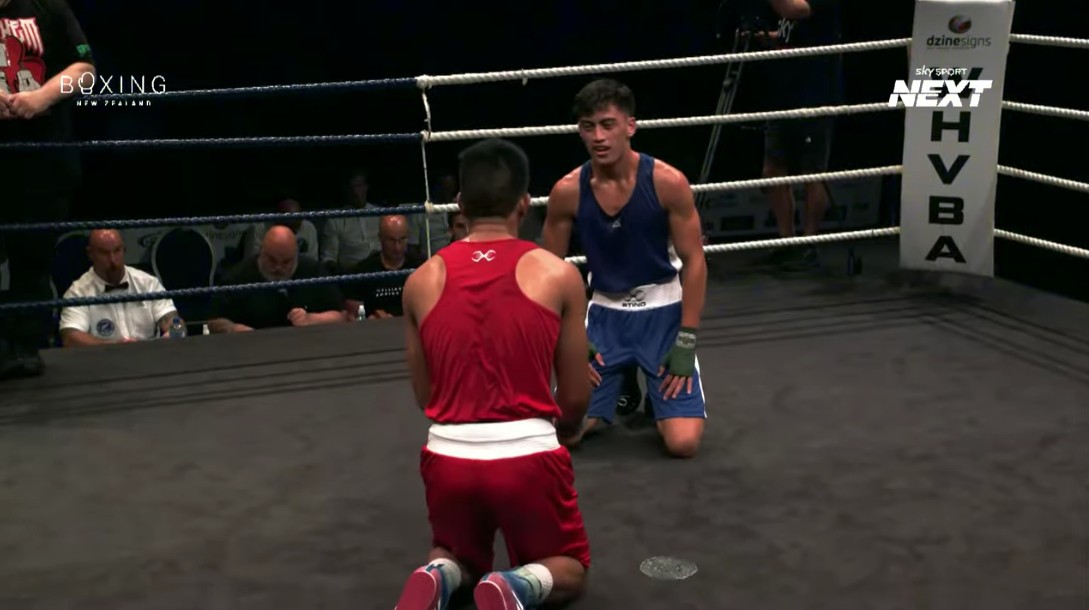 Ah Tong, in a post on social media on his victory, acknowledged the support of his family.

"I am very grateful for the support of my family and everyone else who have supported my journey as a boxer,” he posted on Facebook. “I would not have made it this far without your support, cheering, and prayers.

“Faafetai faafetai faafetai, especially to my siblings, aunties, uncles, cousins, and families who were here in Wellington to be with me. Faafetai le alofa. 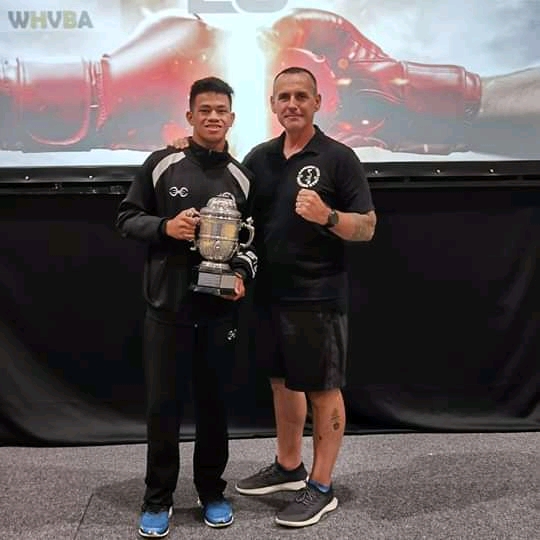 "Massive shout out and thank you to my coach Cam Todd and the team, thanks coach for being my mentor and for all your hard work while preparing for the nationals.

“I appreciate being in your team!"

Among those who posted congratulatory messages was the Samoan boxer's mother, Lua Salafai Ah Tong.

"The glory, honor, and praise belong to God Almighty for the talents, gifts, strength, and blessings that he blessed Marion Faustino with,” she wrote in her post. “A big shout out, faamalo faafetai, and blessings to all our families, relatives, and friends who took and spent their precious time and money to cheer and support Faustino in Porirua. 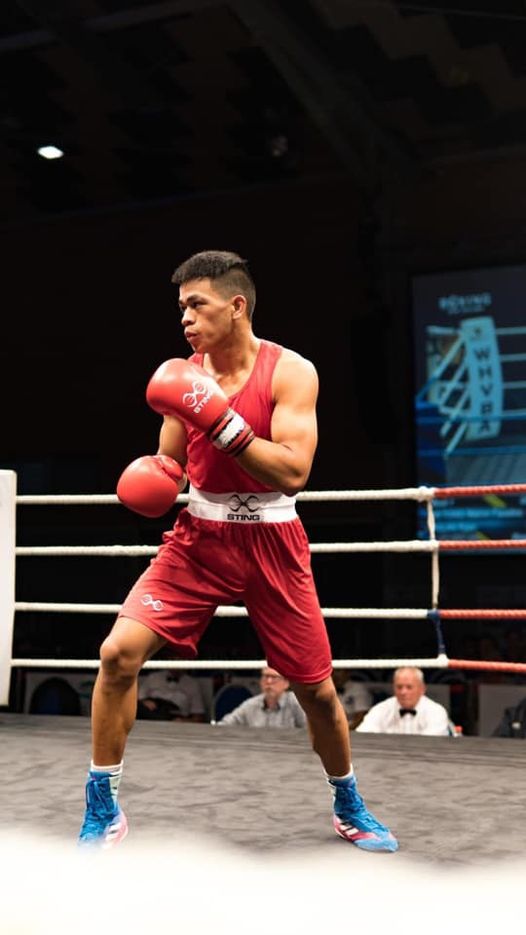 “Thank you to all our families overseas near and far, Facebook friends and Cam Todd Boxing, Cameron Todd his coach and South Auckland Boxing Association.

"May God bless you all abundantly, spiritually and in temporal needs, and the best of health. May the Lord reward you accordingly and filled up what you have spent for being there in person. Faafetai lava le alofa ma le agalelei."

Ah Tong hails from Luatuanu’u village and is the youngest of 11 children of the late Deacon Luamanuvae Gaugau Mateo Ah Tong.