More than halfway through day one of the Vailima Marist International Sevens, held at the A.C.P. Marist Stadium on Friday, tomorrow's finals are beginning to take shape.

Vaiala pushed Achieve Your Impossible (A.Y.I.) Fiji all the way, but couldn’t quite overcome the visitors as they went down 14-12 in a heavyweight clash.

The local club played well, but A.Y.I. did just enough to second their second win in two matches, locking in a quarterfinal berth.

Former World Rugby Sevens Player of the Year Samisoni Viriviri opened the scoring after he was found by Glen Cakautini, who made the initial break.

Vaiala had their fair share of possession and territory but couldn’t get through the Fijian’s defence in the first half.

When Joseva Talacolo scored A.Y.I.’s second try soon after halftime, it looked as though Vaiala might not get any reward for their good effort.

But they bounced back to score through Ueta Avaotuna, and then Melani Matavao to draw within two points.

They had a chance to take the lead in the dying minutes too, but A.Y.I. held on for the win, which should see them finish at the top of Pool 4.

The team from Christchurch rushed up in defence early, forcing a five metre attacking scrum after catching Apia in the in-goal area.

They scored immediately through Faalele Iosua to take the lead. 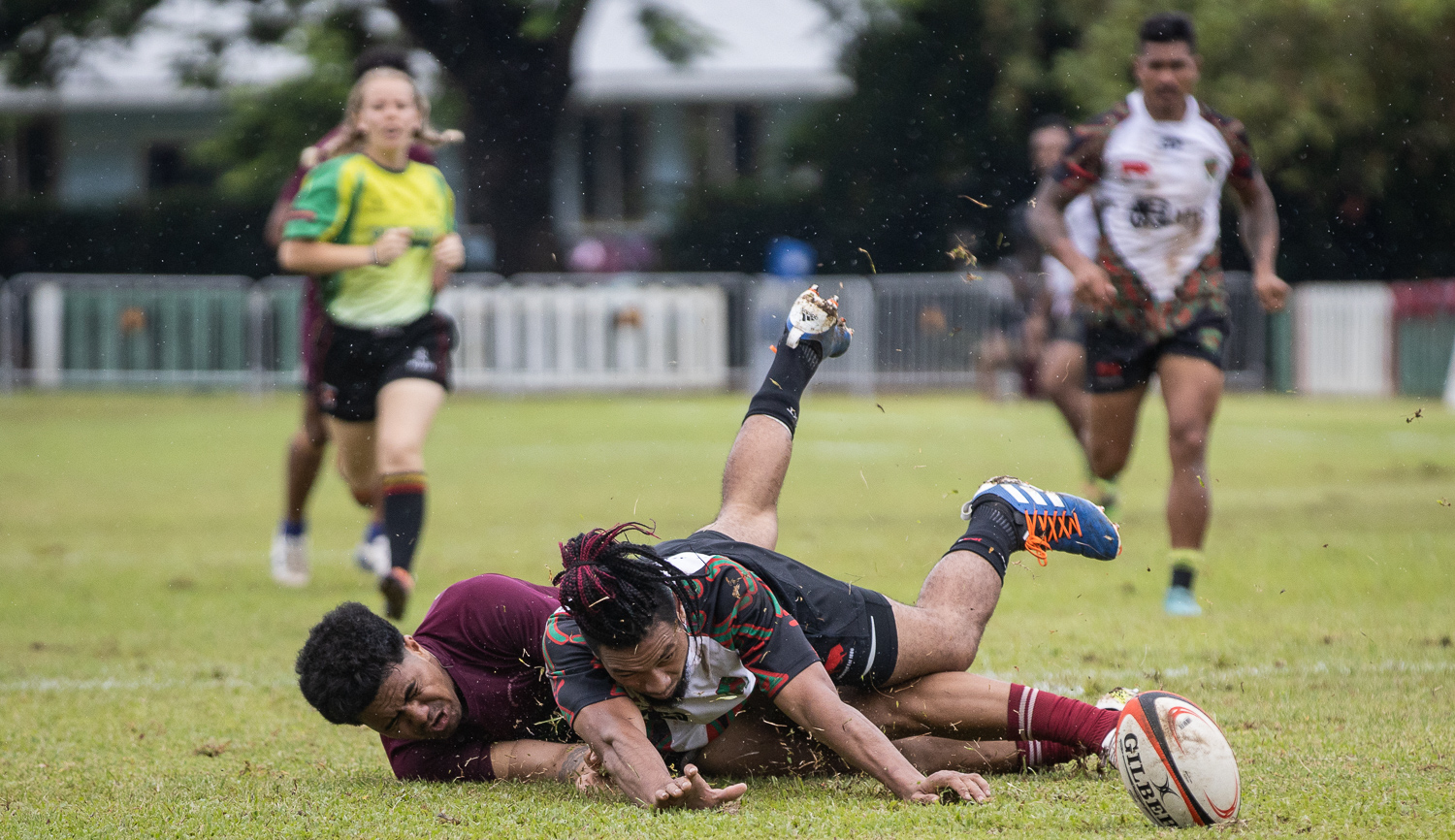 Kalavini Taamuleatigaga scored Linwood’s second just before halftime, and after the break they backed their defence to give them a share of the lead in Pool 2.

Apia had all the ball, but knocked on four times while hot on attack, and Linwood were able to hold on for the win, meaning they will advance to the Cup quarterfinals with another win against Marist St Josephs. 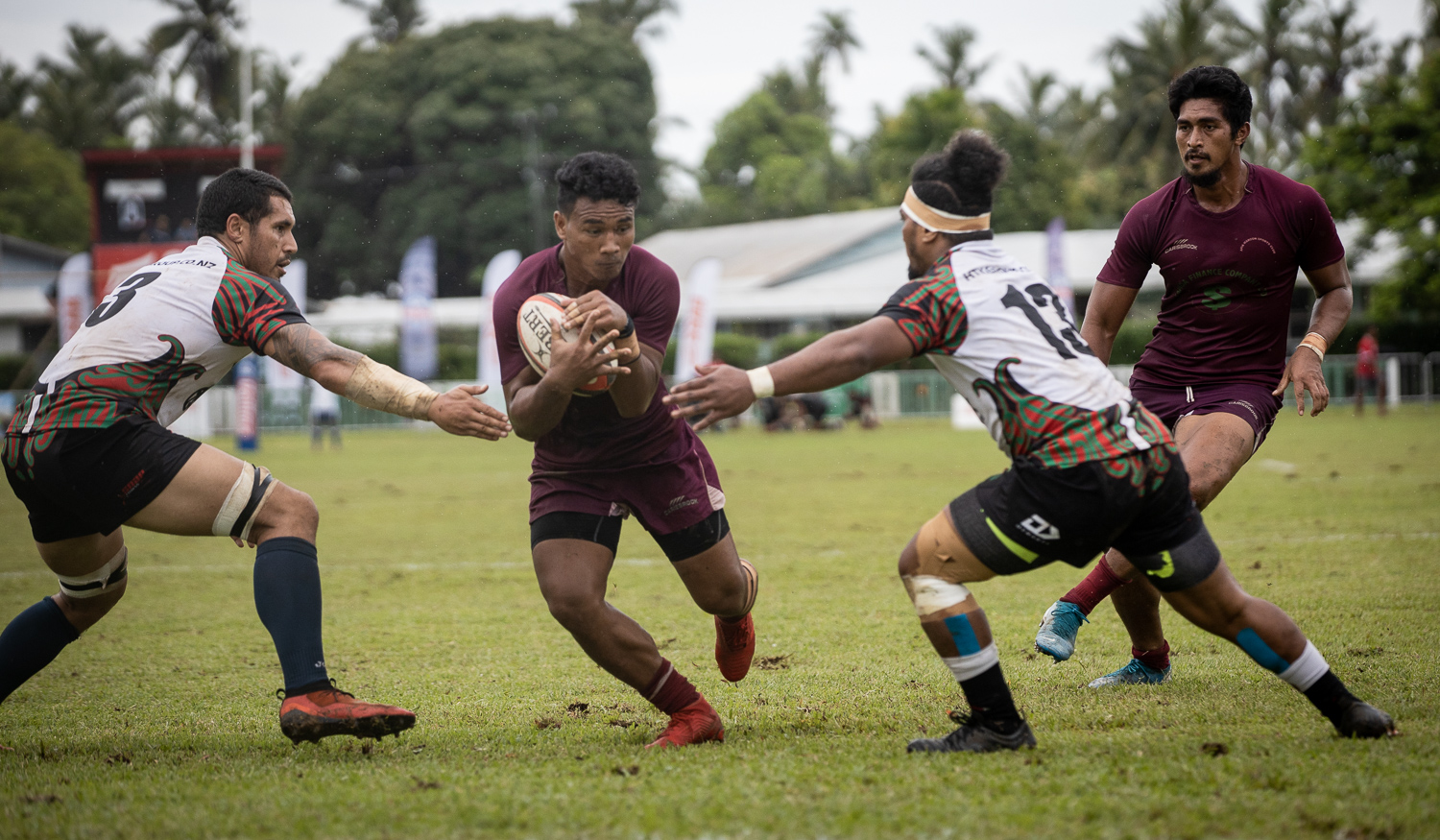 Tepatasi booked a Cup quarterfinal spot with their 12-10 win over Lupesiliva.

Puna Filo opened the scoring for them, and eventually lead 12-5 at halftime. 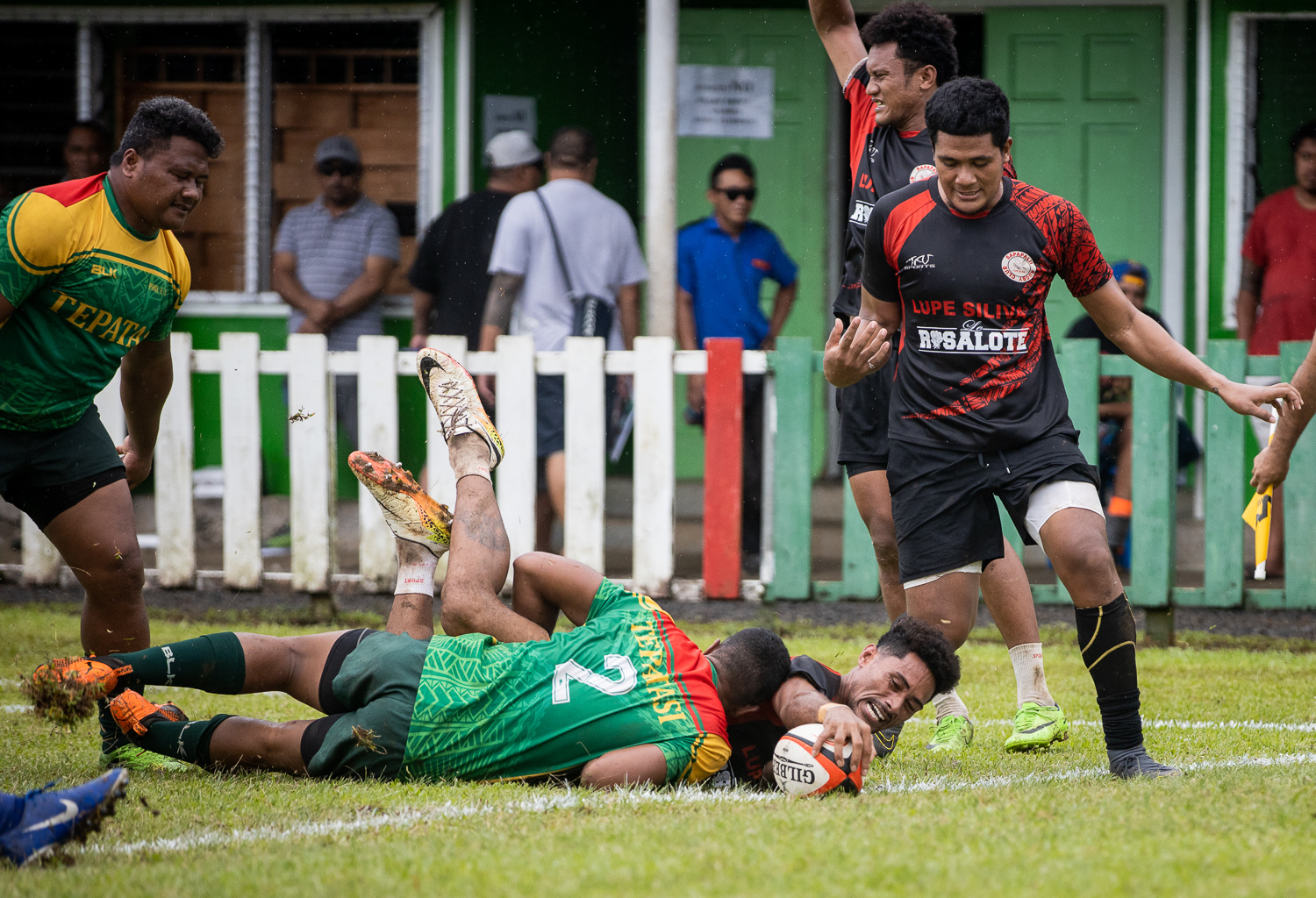 Lupesiliva’s second half try wasn’t enough, but they can still sneak into the quarterfinals themselves by beating SCOPA, if Tepatasi win against Vailele in the final match of Pool 3. 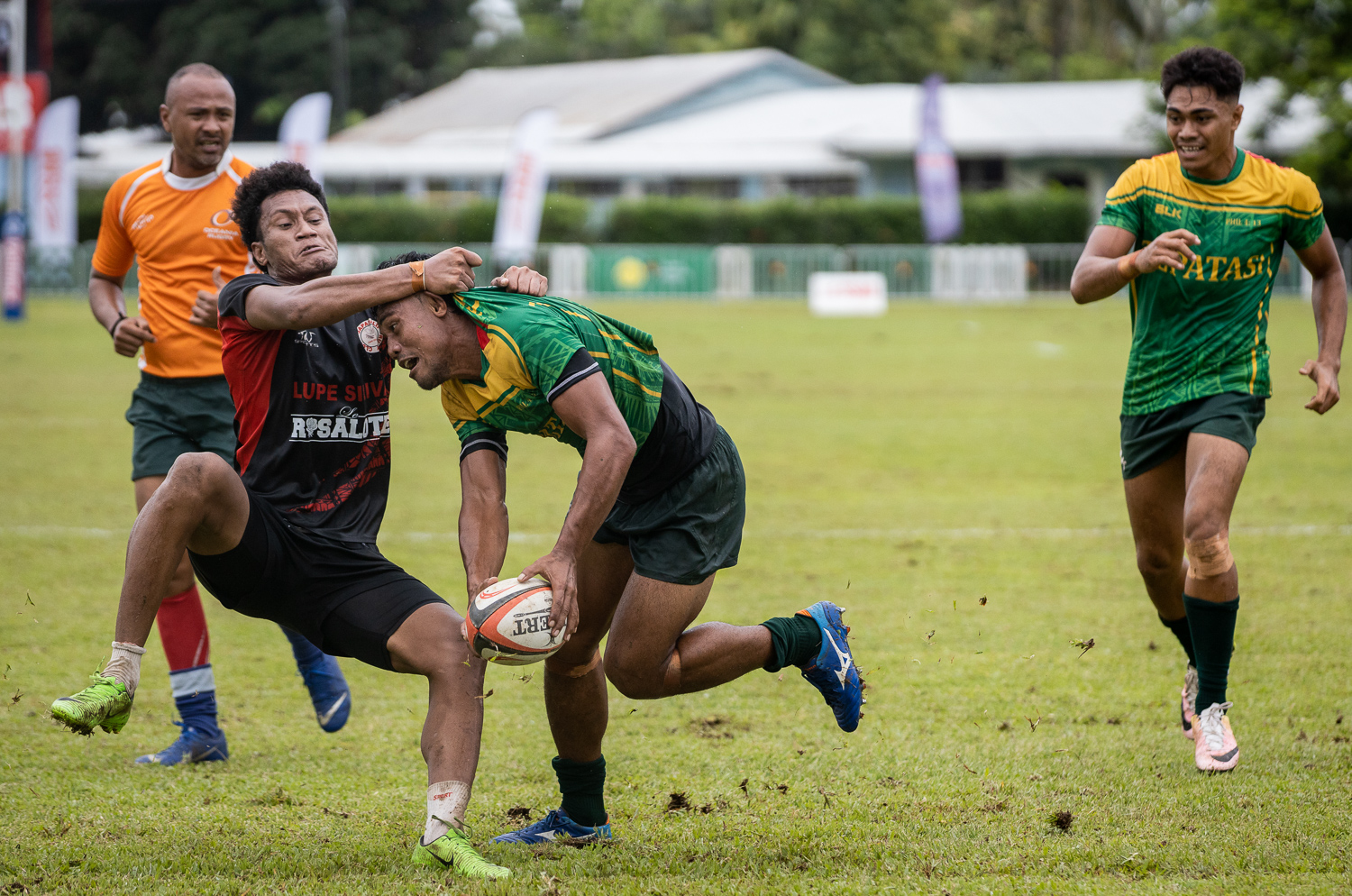 Moamoa defeated Talavalu 28-7 to keep their hopes of a Cup quarterfinal alive.

The American Samoans took the lead, but Moamoa kicked on and ran in four straight tries to ensure they will finish at least third in Pool 1, depending on the matches to come between Lauli’i and Talavalu, and Tama Uli Salelologa and Moamoa.

Teine ole Aava got the first try, but Taga scored three in a row to overcome them for a 19-7 win and stay alive ahead of their final Pool 1 match.

Avele College and Marist Angels both got their first ever competition points in a Marist Sevens for a 5-5 draw.

The hosts took the lead but Avele tied the game with a try on fulltime.

With one round of pool games to go, Aleipata and Apia Maroons have already secured places in the Cup semifinals. 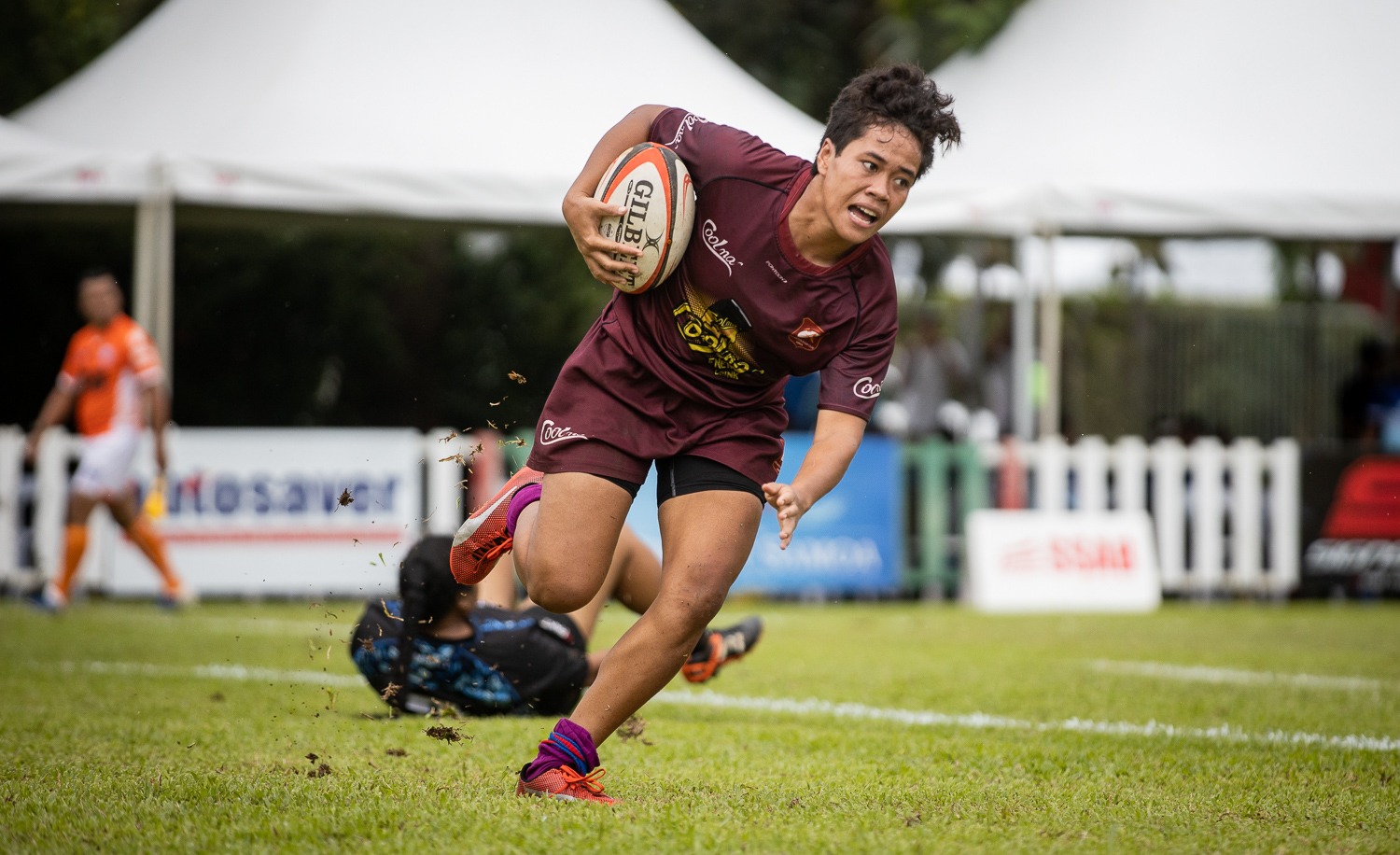 They will be joined by the winner of Linwood and Taga’s match on Friday afternoon, and either Avele College, A’ana Blues or Marist Angels, who are all still alive in Pool 2. 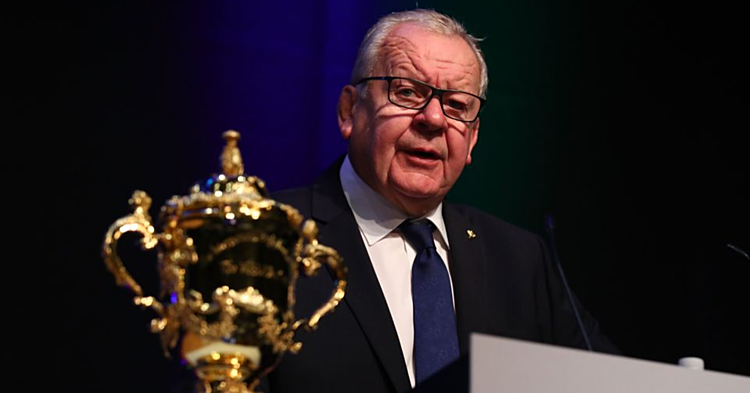 The global governing body are looking at where and when international fixtures can be held again, and asking unions to present their best and worst-case scenarios.

The lock is making remarkable progress after suffering a fractured spine, but still finds the injury and his initial rehabilitation difficult to look back on.