Crusaders pick up 2 wins in South Africa in Super Rugby

The Crusaders made it two wins from two on their South African tour in Super Rugby with a hat trick of tries by center Ryan Crotty helping them to outlast the Lions 43-37 on Friday.

Crotty got his first try in the opening minute at Ellis Park and the Crusaders had overcome the first of two Lions' fightbacks when Crottty completed the hat trick in the 51st, going over untouched following a powerful run by big wing Nemani Nadolo.

Two late scores by Lions replacement hooker Armand van der Merwe in another surge by the Lions allowed Elton Jantjies to kick a penalty after the final hooter for a losing bonus point for the home team.

The Crusaders ended the Sharks' unbeaten start to the season last weekend and, after losing their opening game, the record seven-time champions have now won four straight to hit form.

Earlier Friday, the defending champion Highlanders opened round six with a 32-20 win over the Western Force after conceding two early tries and slipping 14-0 behind. That saw the Highlanders reclaim the top spot in the standings, although their lead could be temporary.

In an enticing prospect on Saturday, the Chiefs and ACT Brumbies will meet in a clash of two of the competition's early favorites.

The Crusaders raced out of the blocks in Johannesburg through Crotty but still had to kick a penalty on the stroke of halftime to lead 22-20 at the break.

The Christchurch-based team was sharp in the second half, though, with Crotty slicing through a gap to score from close range in the 48th and replacement Mitchell Drummond completing another slick backline move to ensure the Van der Merwe-inspired revival by the Lions was stopped in its tracks.

Prop Wyatt Crockett and wing Johnny McNicholl scored the Crusaders' other tries in the first half.

In Dunedin, New Zealand, the Highlanders were shocked by tries to fullback Dane Haylett-Petty and former Wallabies backrower Ben McCalman, both converted by South African flyhalf Peter Grant, giving the Force a 14-0 lead after nine minutes.

The Highlanders struggled back to level terms with tries by winger Patrick Osborne and flanker Dan Pryor for 14-14 at halftime. It wasn't until the 76th minute that the Highlanders made the game safe with their fourth try to replacement Jason Emery.

They were then denied a bonus point try in injury time to Ash Dixon because of a knock-on 80 meters downfield.

Among the games on Saturday, ACT hosts the Chiefs in Canberra, Japan's Sunwolves start their first tour in Super Rugby away at the Kings of South Africa, and Argentina's Jaguares begin a three-game trip to New Zealand. 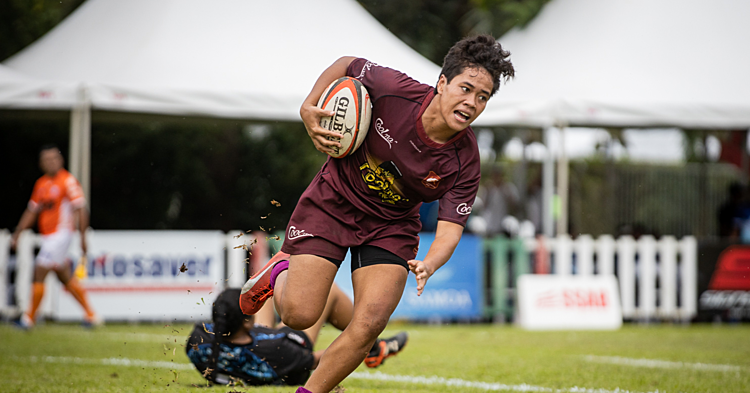 Nine teams will compete in the first leg of the Series on Saturday at the Samoa Rugby Union (S.R.U.)’s High Performance Unit fields in Tuana’imato.

Both teams went undefeated in their matches on Friday at Leifiifi College’s field where the Zone A tournament was held.