Samoa
Solialofi Siolo with one of his daughters, grandchild, and staff on the beach (Photo: Fuimaono Lumepa Hald)

Fathers around Samoa celebrated Father’s Day in different ways, but for Solialofi Siolo, spending the weekend at Lalomanu was a treat as it took him down memory lane.

The 83-year-old of Levi Saleimoa, whose children got him to spend the weekend on Upolu's idyllic south coast, was elated that on the Father’s Day weekend he was in Aleipata.

He was reminiscing on his young days in the 1960s, and how he used to traverse the length and breadth of Samoa as a roadbuilder, when the Samoa Observer caught up with him.

"I remember working as a road builder in the early 60s," Mr. Siolo said. "I came here and I also went to Savai’i.”

Talking about his family, he said has seven children and a lot of grandchildren with a number of his children living abroad.

An avid Methodist Church follower, Mr. Siolo said he worked hard to ensure his children also contributed to the church.

But life is not the same today, according to the retired roadbuilder, as the sea back then teemed with fish and there was a lot to go around including fish sales to generate income for the family.

"I used to fish in the past when my children were young, sometimes I sold big anae [mullet] for $10 tala and now they are about $60 tala for one," he said. 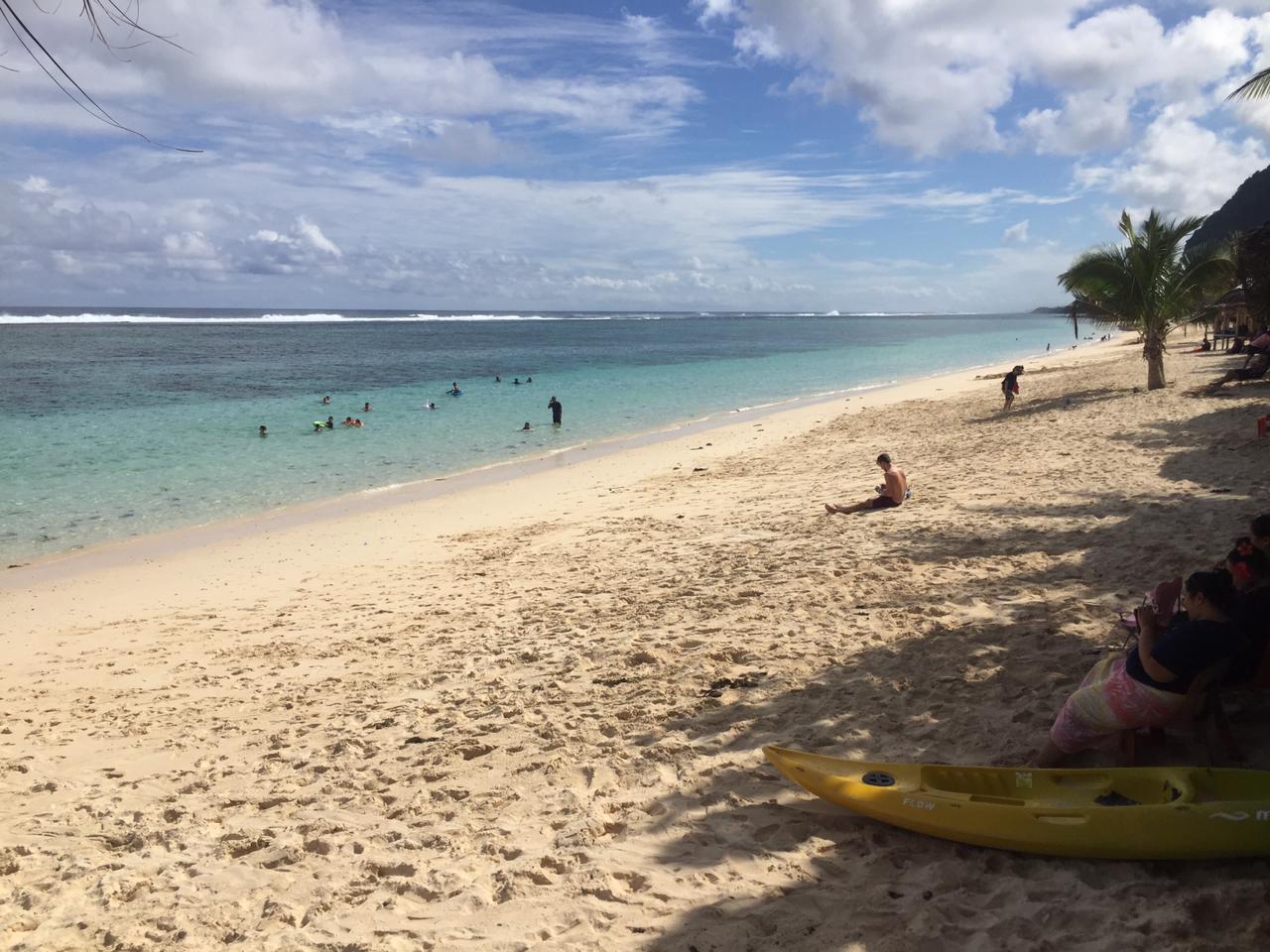 "There were a lot of fish in those days. I could sell and eat some and we could pay for the kids' fees with the money I made.”

Contribution to the church was also part and parcel of his family’s life as Mr. Siolo said: "We also made sure that we had money for the church because that is important.”

He then moved his fingers to show how he used to play the church organ back in the days, his fingers waving in the air, as if he was sitting in front of an organ.

“I used to play the organ for the church. You know the ones with pedals? It was fun!”

The recollection of his young days in the church made him pause and it probably dawned on him how times had changed.

"I think life in the past was easier because it was simpler, nowadays there is just too much because there are so many things," he said.

Turning to the Samoa Observer, Mr. Siolo said he has always told his children that wherever they move to in life, they need to remember the church and where they originated from.

According to his daughter Evelyn, their mother died in July this year and their father’s grief at the loss of his soulmate is still fresh.

"Our mother passed on the 2nd of July so his grief is fresh and sometimes he forgets things, but it is good to hear that he still remembers a lot of the things in his past," she told the Samoa Observer.

"He is very healthy and likes to chat with people and enjoys having conversations.”