Deacon proves it's never too late to learn

Deacon proves it's never too late to learn

It is not often religious leaders return to studies in other areas of interest besides theology after they are ordained and that's exactly what Deacon Ielome Ah Tong did.

He enrolled at the National University of Samoa's bachelors of Samoan Studies programme in 2019, not only to broaden his understanding of the Samoan culture and customs, but also to share his knowledge with his students at the church-run school.

Previously the coordinator at the Moamoa Theological College, the 54-year-old admitted it was a challenge juggling his teaching duties at the theological college and undertaking studies at the university.

He was determined to finish what he started, and to his surprise it was worth the sacrifice, after he was named the top student of the programme at the N.U.S. graduation last Friday. 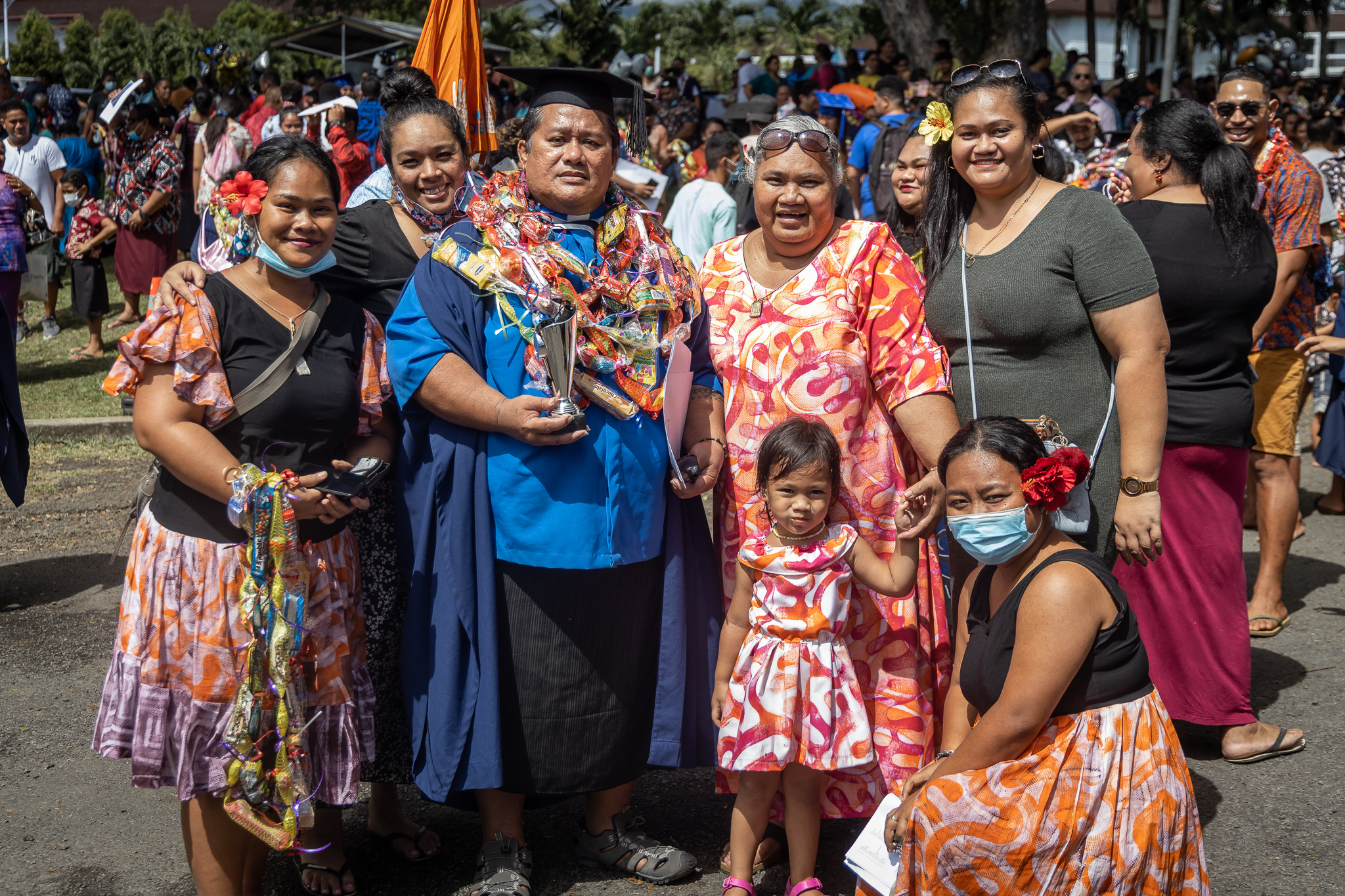 The father of seven finished his bachelors' degree last year, but due to the COVID-19 pandemic the awarding of the qualification was deferred.

His interest in the Samoan Studies programme pushed him to continue and pursue a postgraduate paper which he is now currently undertaking.

“Our culture is our identity and without it we don’t have an identity,” he said. “Some of the challenges I encountered is trying to balance my time between teaching at the Moamoa and time to do my studies.

“Another obstacle was the reluctance of some elderly men in the villages to share their knowledge about their customs during our research but there were others that were willing to assist.”

Deacon Ah Tong acknowledged the support of the theological college principal, Father James Skelton for pushing to fund his school tuition fees while also expressing his appreciation the church for its generosity to fund his paper.

During his time as the coordinator at the theological college, the 54-year-old taught theology students how to pierce together culture and religion to prepare them for life outside the college following their ordination.

He said it was critical to prepare theology students in both culture and religion so they can deliver the word of God in a way that is easily accepted at the village level where culture is still very much alive.

Completing his service as the coordinator at the theological college earlier this year, Deacon Ah Tong has also served the villages of Falealupo, Saleimoa and Vailele.

This week he started on his new job at the N.U.S. as a lecturer in the Samoan course at the university's Foundation level while taking his postgraduate paper. More than 500 students graduated on Friday during the N.U.S. graduation.

A former Ministry of Justice and Courts Administration C.E.O. has brushed aside co...