Samoa
SMOGA members during the commemorations for the 65th anniversary of the foundation of St. Mary's College (Photo: Vaitogi A. Matafeo)

A parade of current and former students of St. Mary's College led by the Police brass band filled the streets of Apia on Friday morning as they celebrated the college's 65th anniversary.

The parade was led by Police Band followed by members of the St. Mary's Old Girls' Association (S.M.O.G.A) which led to traffic being halted for a few minutes. 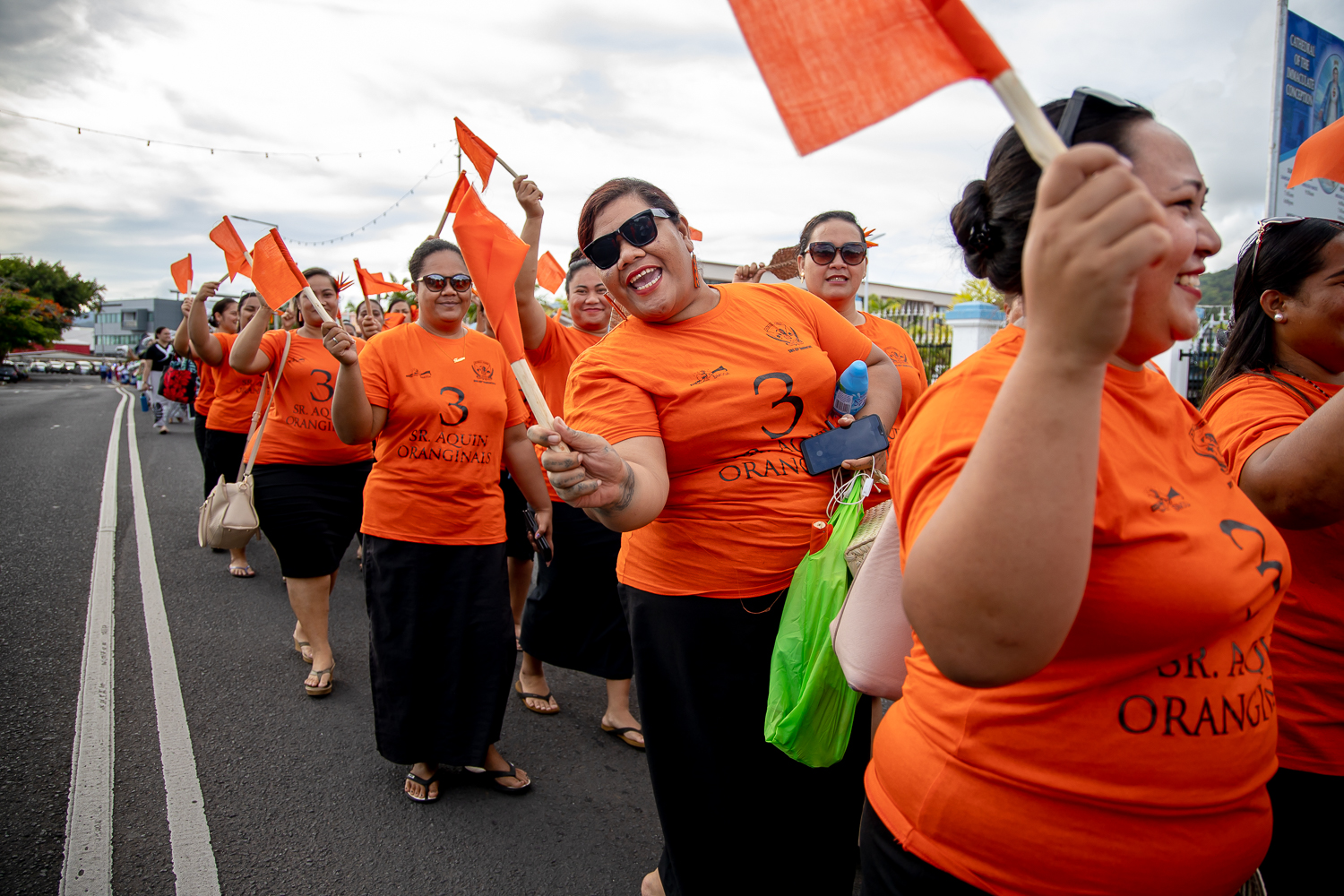 The parade is part of the commemorations for the 65th anniversary of the foundation of St. Mary's College in Samoa. The Missionary Sisters of the Society of Mary (S.M.S.M.) established one of the country's most prestigious educational institutions in 1956.

They made their way from the Fire and Emergency Services Authority (FESA) building towards the town clock to finally reach the front of the Fiame Mataafa Faumuina Mulinuu II (F.M.F.M.II) Building in the heart of Apia as its final destination. 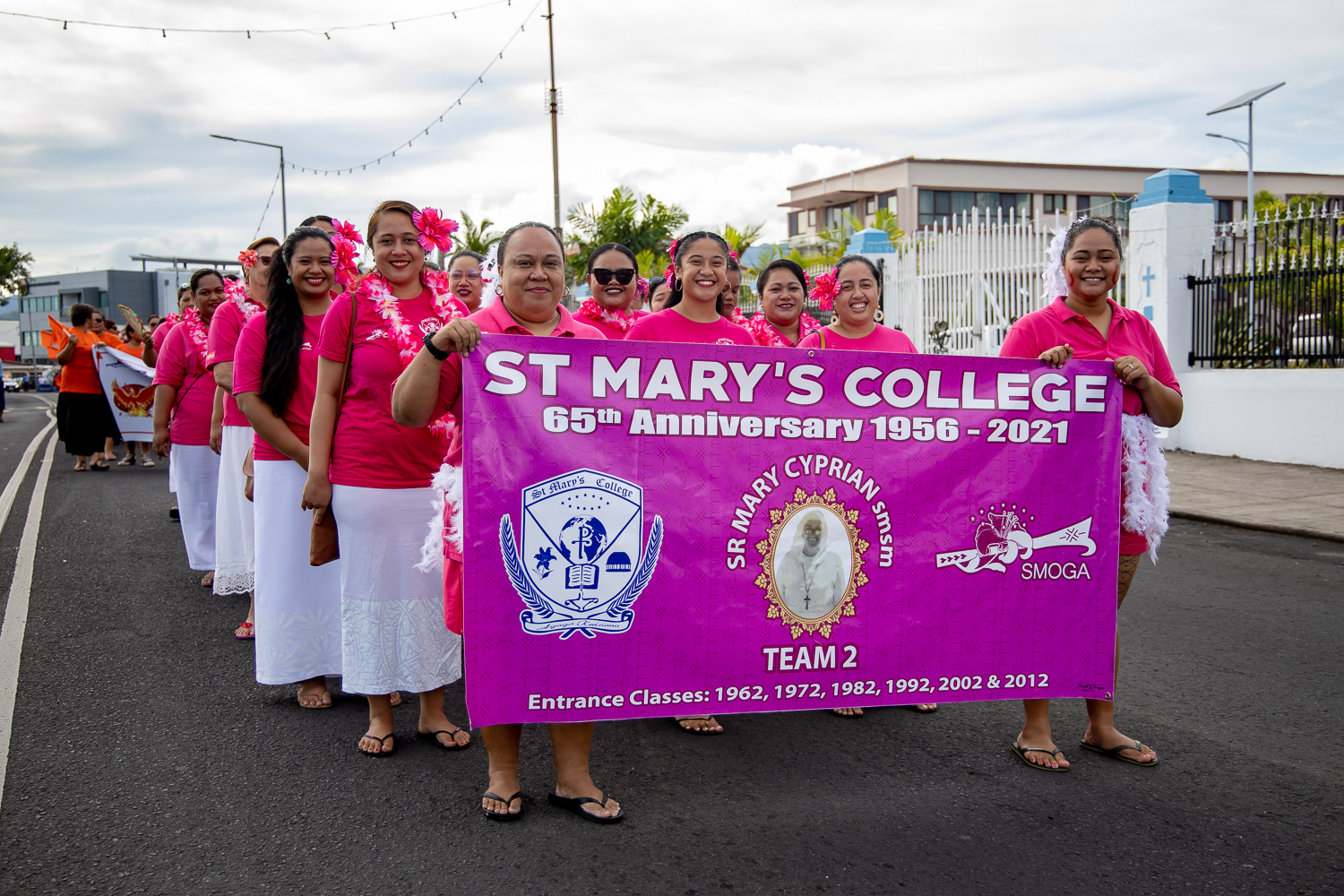 The group was dominated by hundreds of women dressed in various colours representing their respective teams.

The ceremony was attended by the Prime Minister Fiame Naomi Mata’afa, who was also the guest speaker as well as the Minister of Finance, Mulipola Anarosa Molio’o and the Minister of Health, Valasi Tafito Selesele. 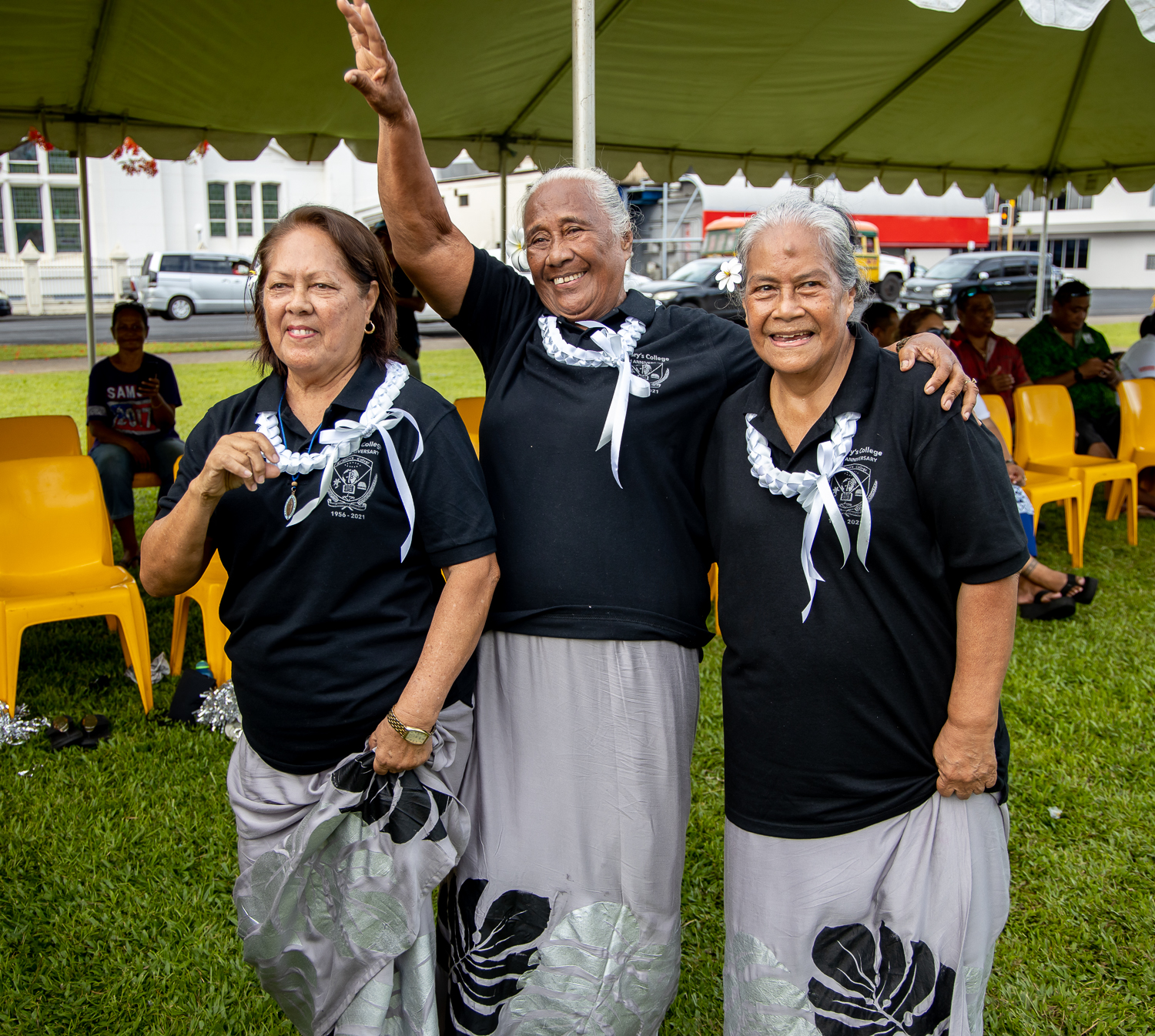 Prime Minister Fiame spoke on behalf of the Government to convey their congratulations to the school for celebrating 65 years since its establishment.

She thanked the S.M.S.M. Sisters for their spiritual service and especially assisted with setting up the school. 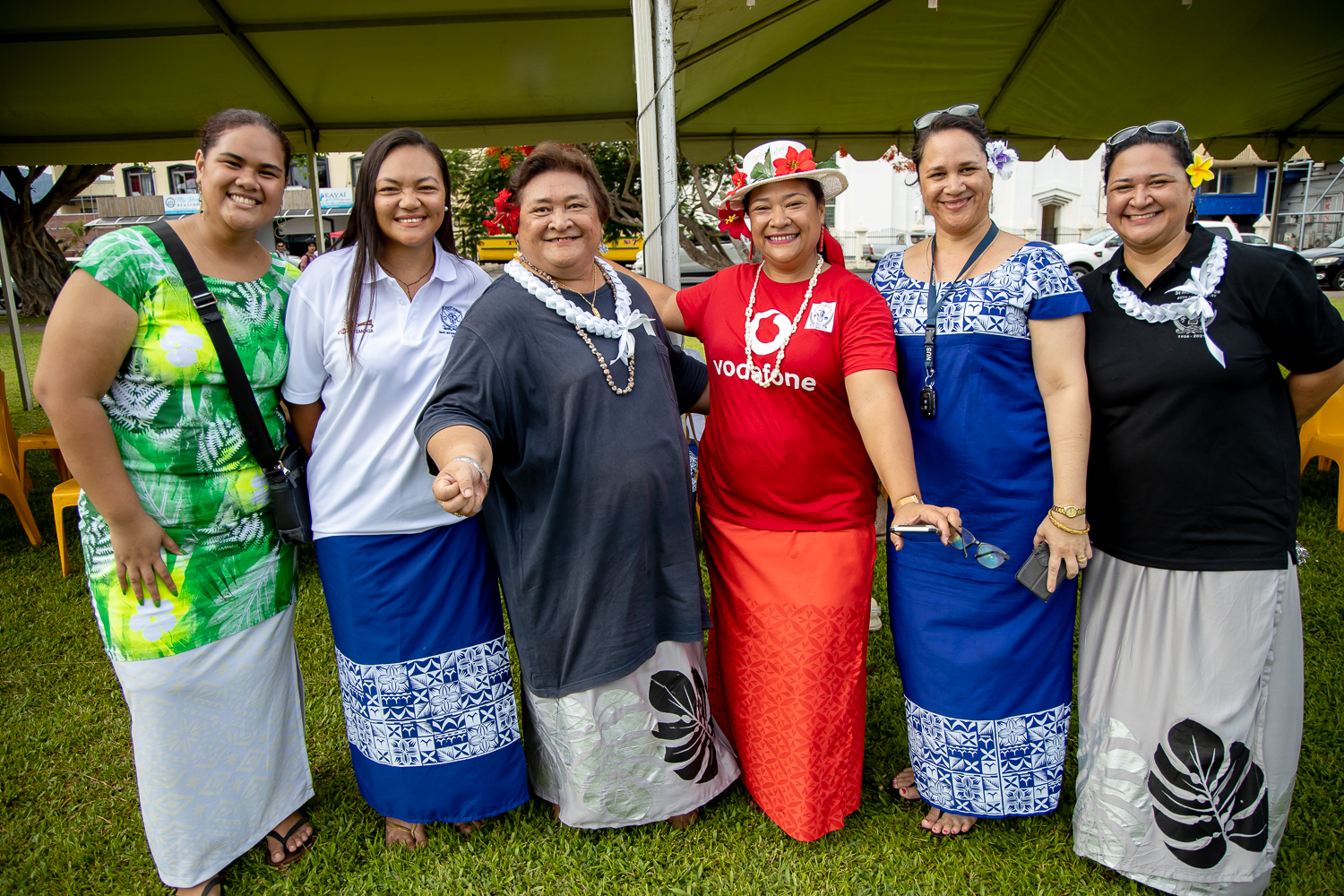 Fiame added that many Samoan women have become successful with achieving high positions after having being once educated in the school.

She also named some of high achievers of the college’s alumni and they include the wife of the Head of State, the Masiofo, Her Highness Fa'amausili Leinafo Tuimaleali'ifano, Finance Minister Mulipola, plus many other women who are heads of Government Ministries, businesses. 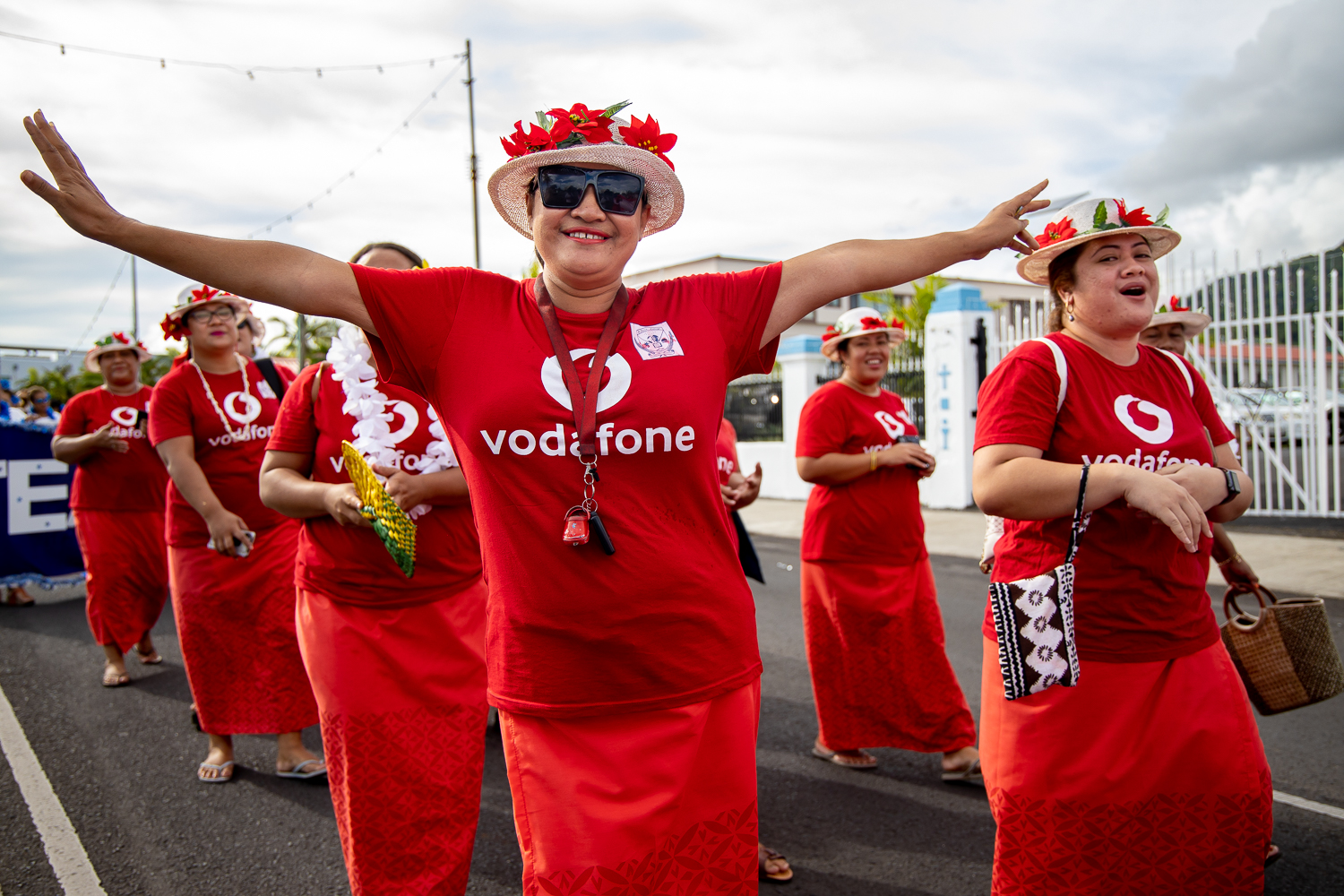 The Prime Minister thanked members of S.M.O.G.A. for being determined to achieve good things not only for the school but also the community at large.

The President of the S.M.O.G.A Afamasaga Vernier Punivalu thanked the Prime Minister and Cabinet for making time to attend their celebrations and accepting their request to attend. 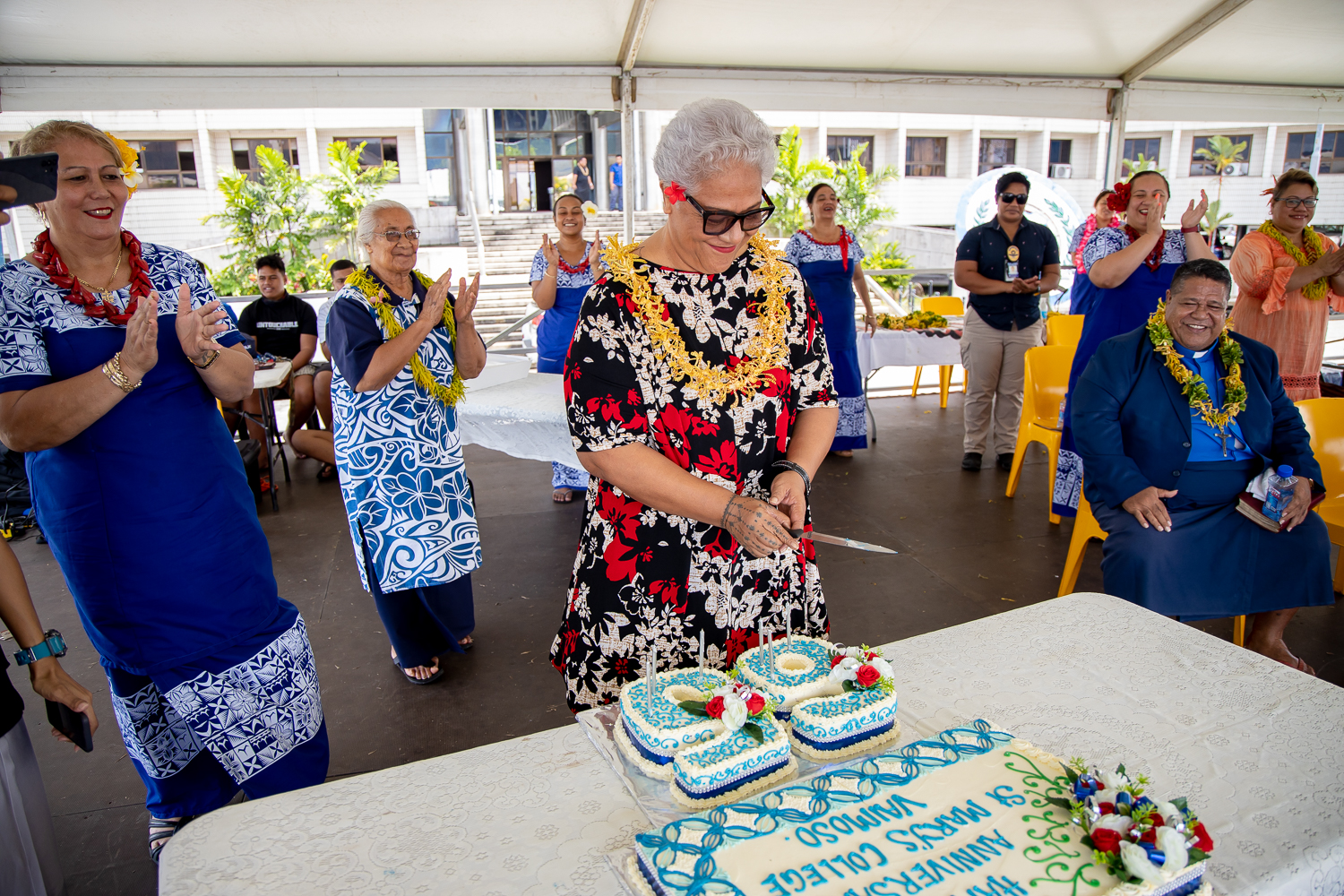 Afamasaga said that they are proud that Fiame became the first female Prime Minister and it is a challenge and an inspiration for the girls that are being taught at St. Mary’s College.

Fiame announced that the Cabinet has gifted $20,000 as part of the celebrations for the school’s anniversary. 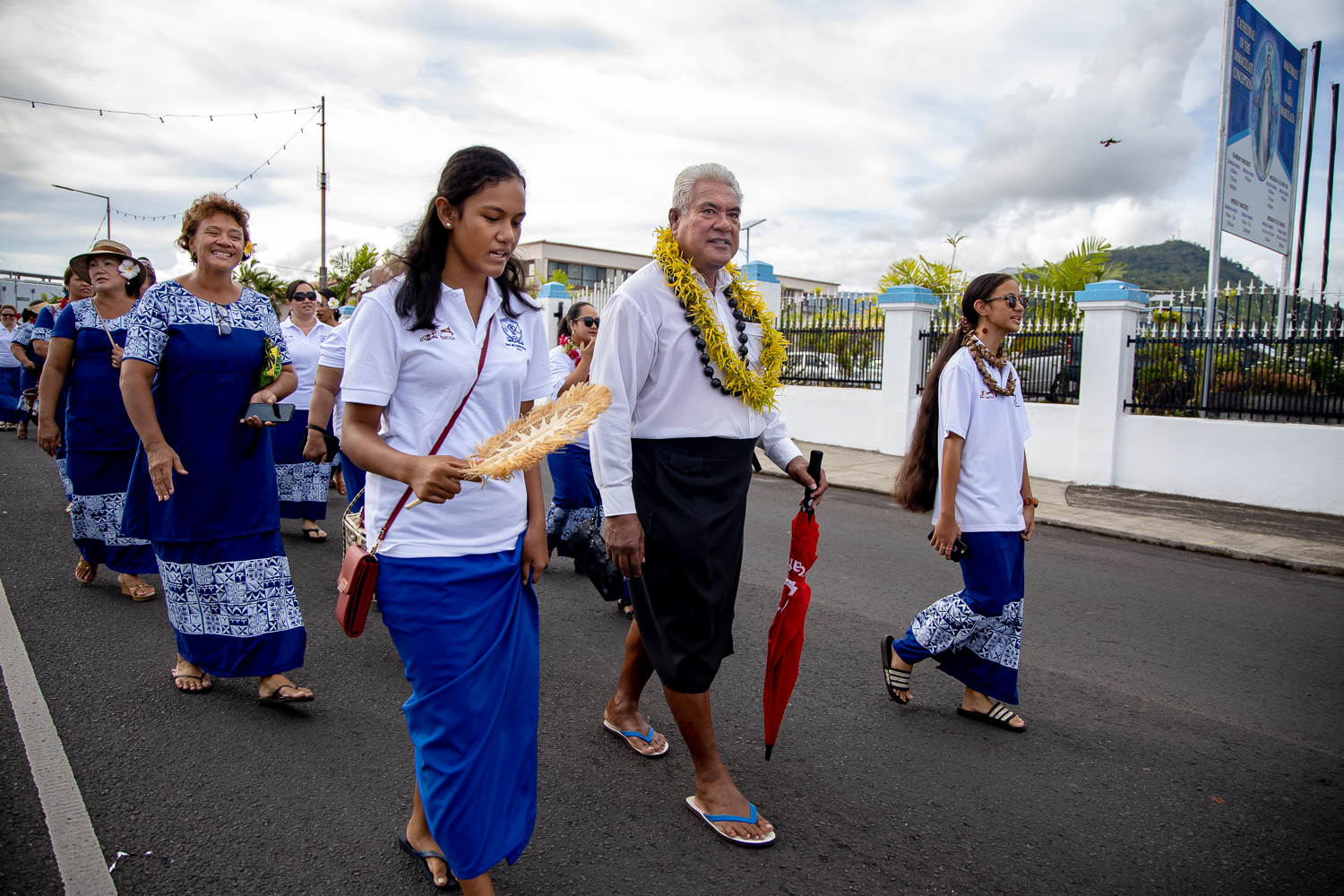 “We thank you for the monetary gift that the Government has presented us which will help assist in completing works at the school’s field.”

The 65th anniversary cake was gifted to the Prime Minister and Cabinet. 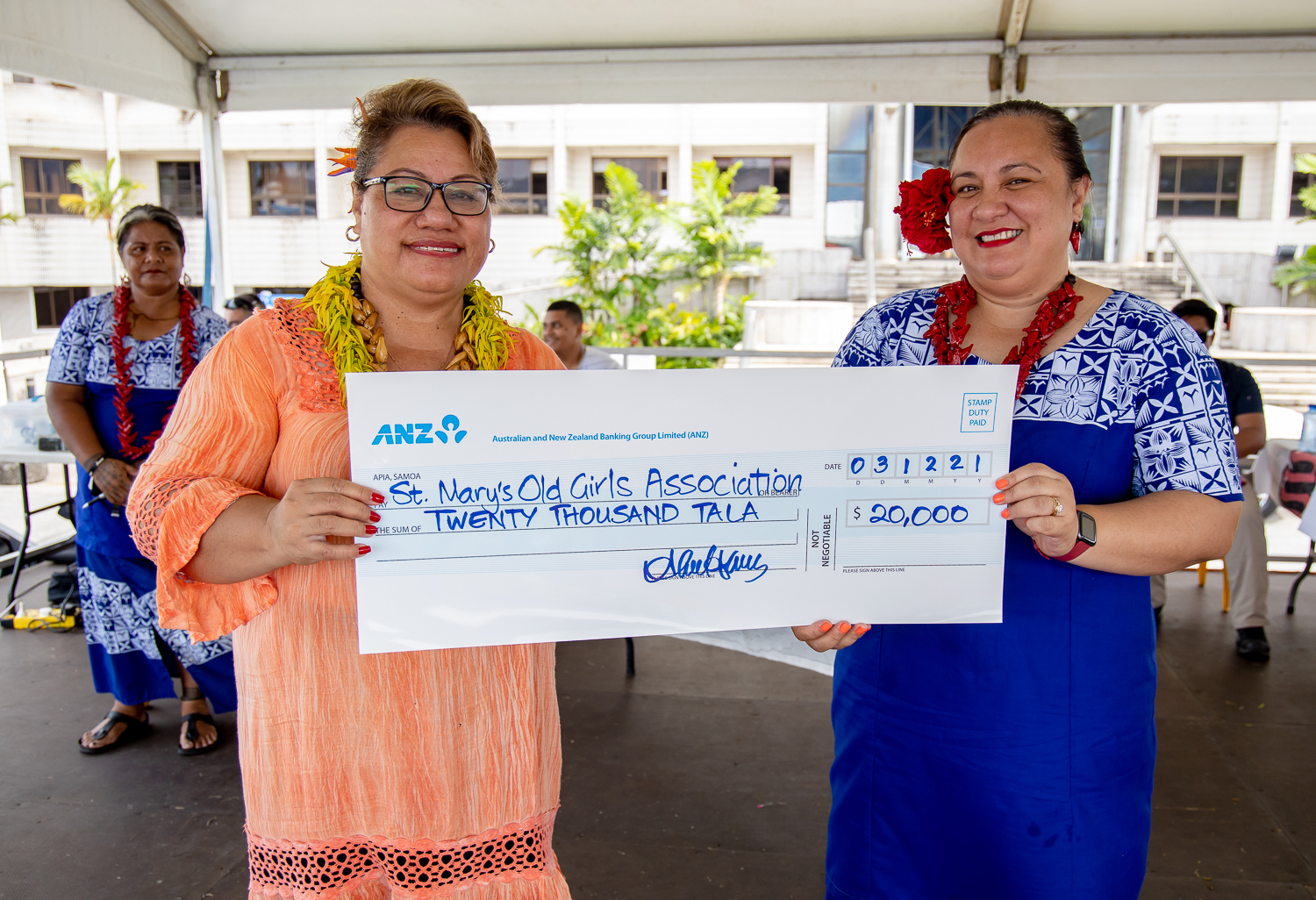 A mass was held in November to officially launch the celebrations.

Divided into 10 teams, the S.M.O.G.A. membership have reached out to the Carmelites, the Samoa Victim Support Group (S.V.S.G.), women prisoners at Tanumalala, S.M.S.M. Vailoa, the Home of the Elderly Mapuifagalele, and the paediatric ward at the Moto’otua national hospital amongst others. 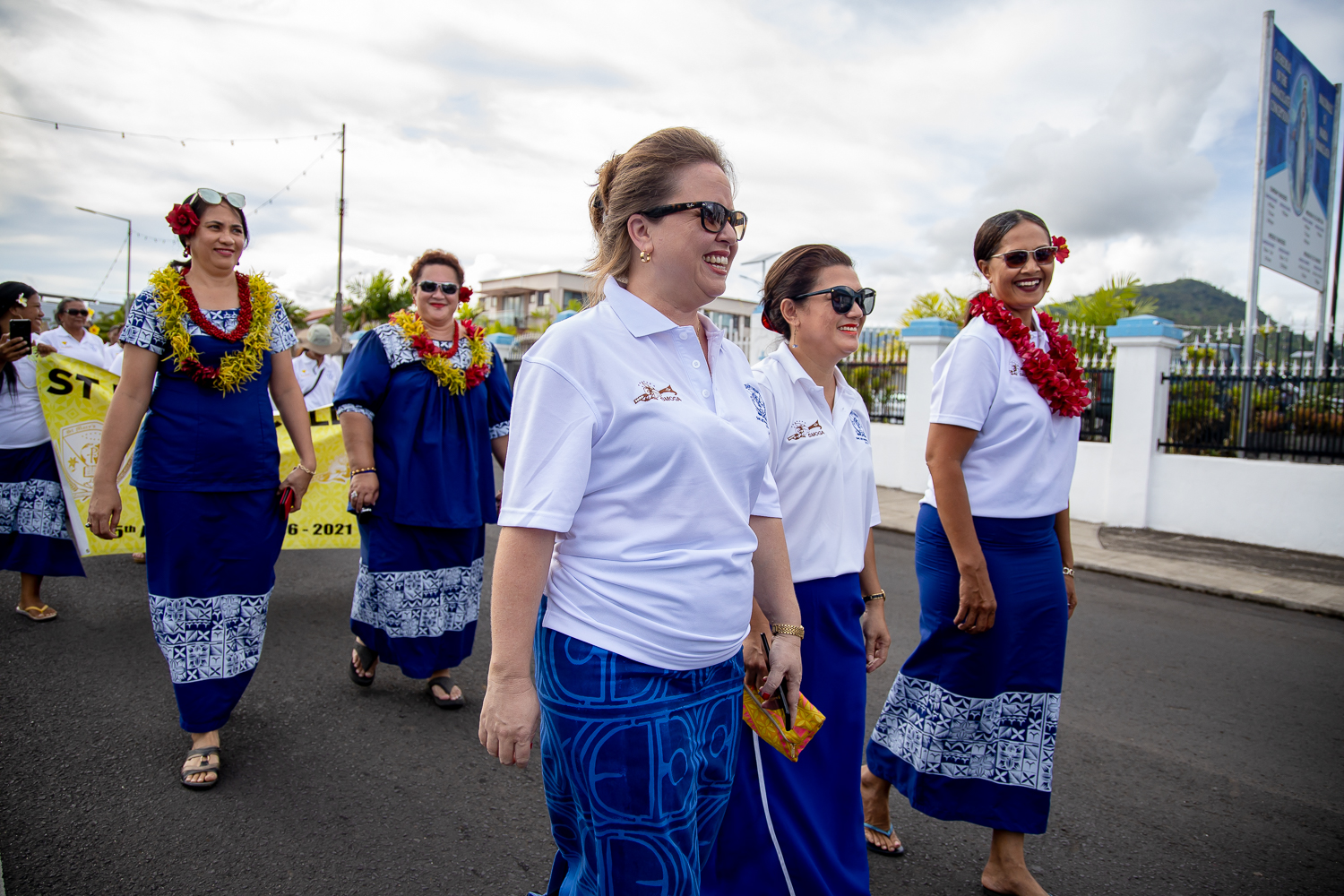 At the national hospital, a S.M.O.G.A. team handed over brand new pillows, pillowcases, sheets and children’s toys together with a $1,000 cash donation to Victoria Lo Tam Asomaliu for her sick child Elijah. 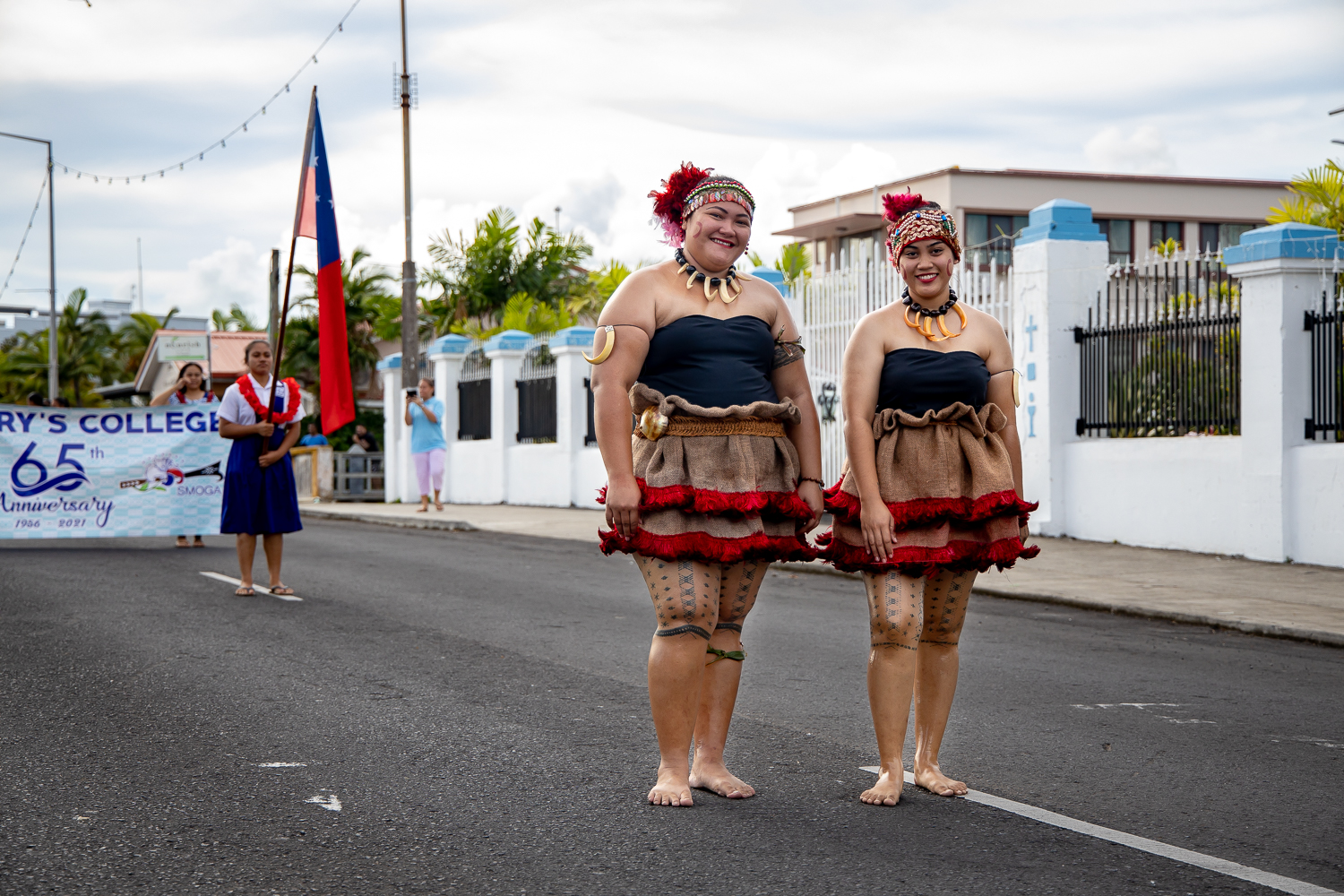 Over the years thousands of girls under the guidance of the S.M.S.M. passed through its gates – armed with skills and knowledge to take on life’s challenges – as well as contribute to Samoa’s development. 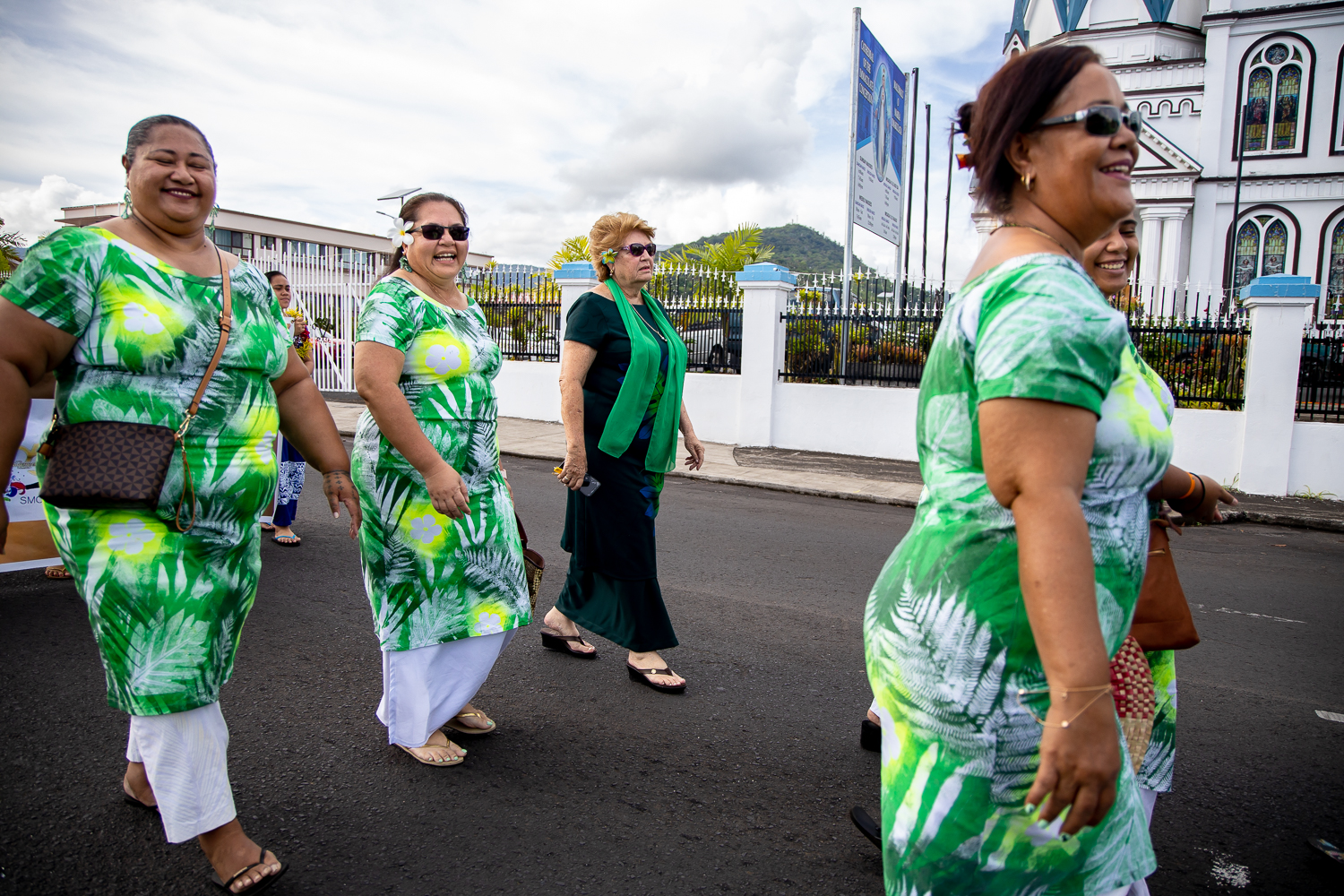 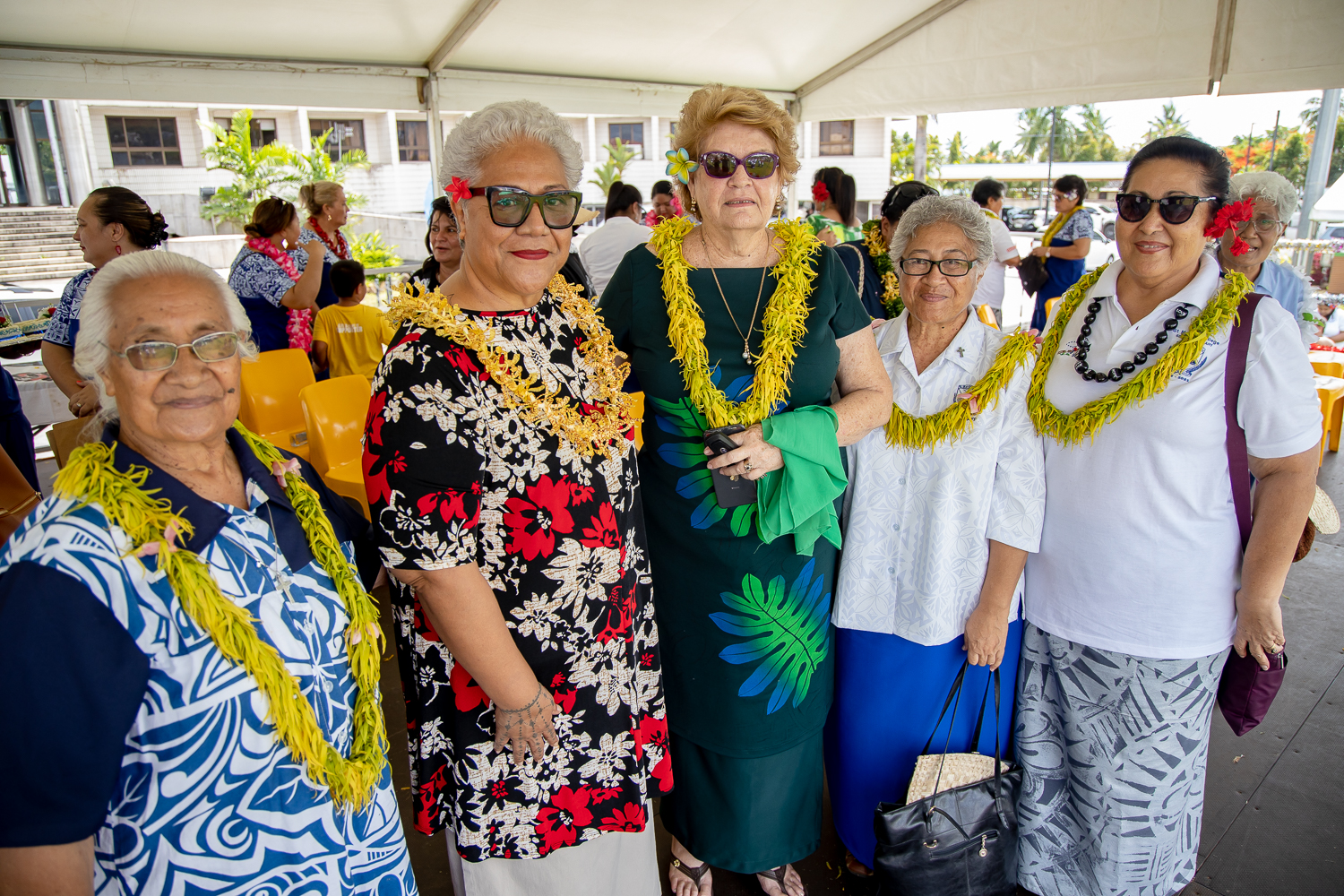 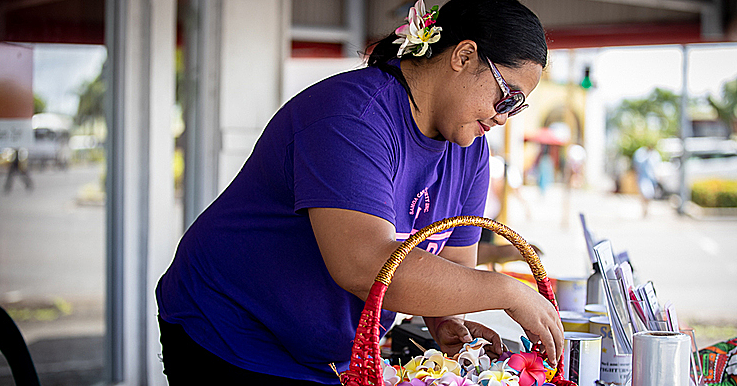 Cancer remains one of the leading causes of death in Samoa, says the C.E.O. of the... 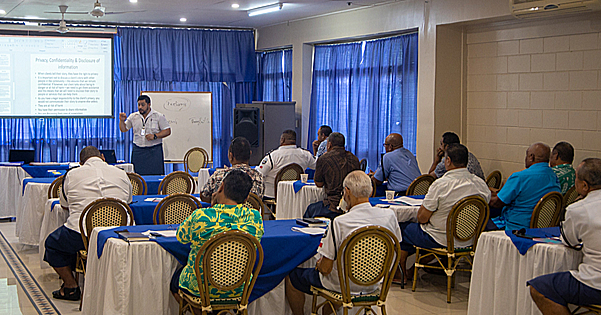 A non-government organisation is running a counselling training program for Samoa ...