Querida Maria Chan Tung has followed in her parents’ footsteps after being awarded the Dux of St. Mary's College 2021, nearly three decades after her mother and father topped their respective schools.

Querida who is from the village of Siusega was announced the Dux of the College during the prize-giving ceremony held at Vaimoso on Tuesday afternoon.

Aside from taking the school's top award, Querida is also the top Commerce student and took first place in the English, Accounting, Economics, Maths, Computing, Development Studies, and Religion subjects.

Her sister, Egnezeema Chan Tung had also taken the top award of the College's Year 10 class on Tuesday. 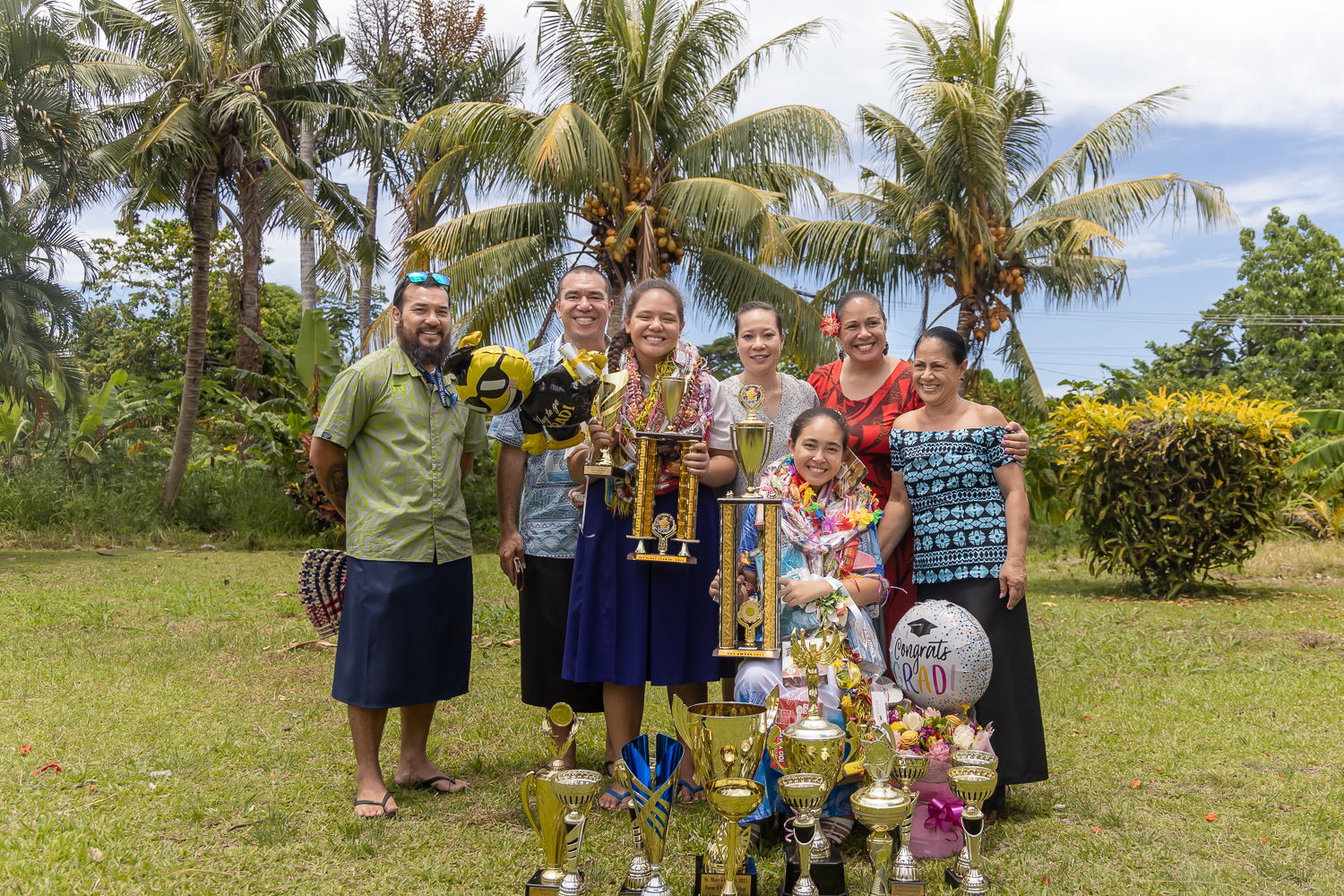 Querida told the Samoa Observer after the ceremony on Tuesday that she is surprised by her achievements.

"I just feel so privileged and humbled to get this award and I'm so happy. And I dedicate all of my achievements to first, the Lord my God and also my parents," Querida told the Samoa Observer.

Her biggest supporter is her sister Egnezeema, who said she feels proud and happy for her sister.

"And I hope she has a brighter future than me," she said. 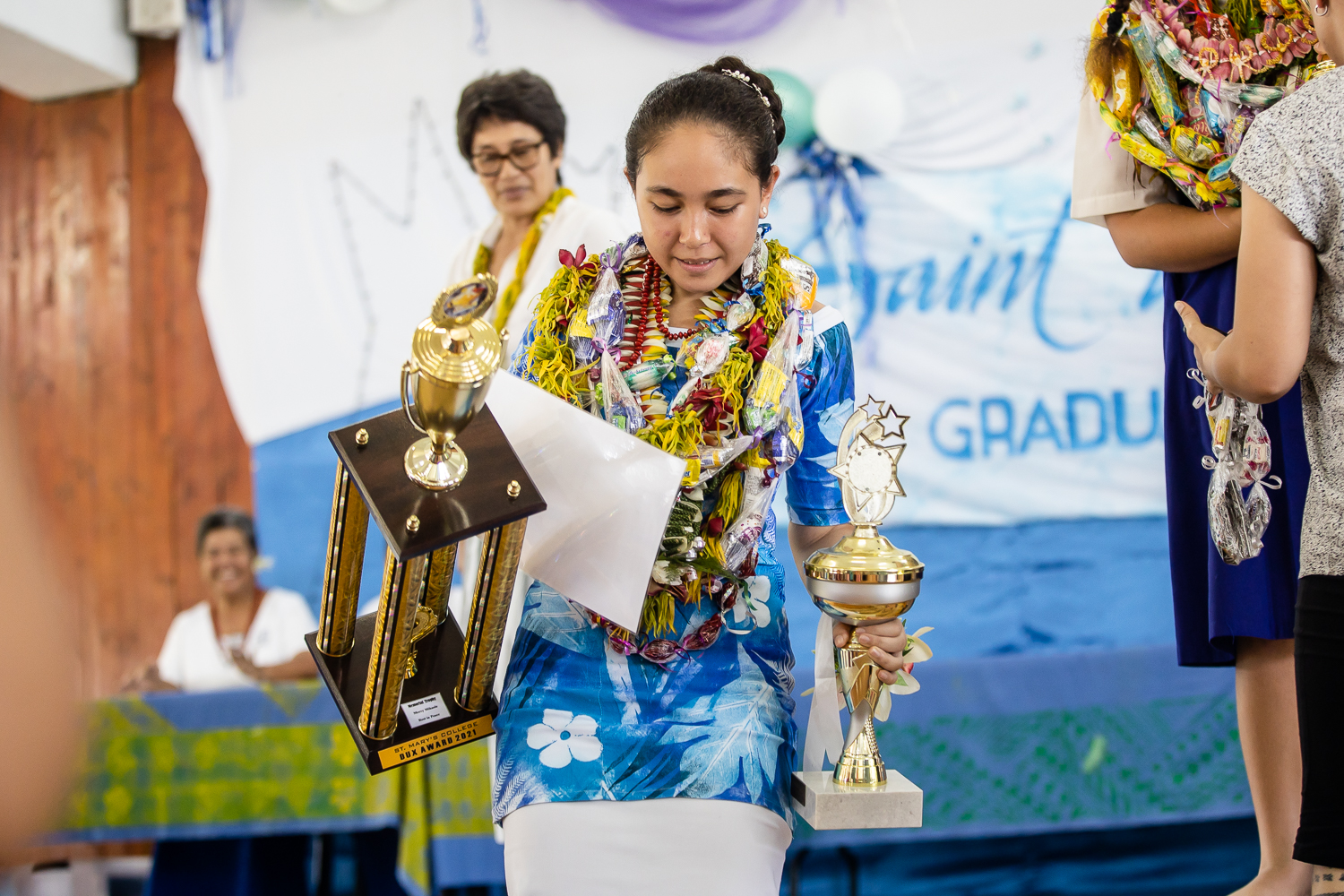 Her bond with her sister, she said, contributed to the achievements that she had received on Tuesday.

"At home, she mostly looks after my baby sister while I focus on my studies and then we take turns after," she said.

Querida said that she was surprised and nervous when becoming the College's Dux but is now happy about it all. She dedicated her award to her late grandmother Tina Suhren and her late grandfather Ronald Suhren

Taking first place in more than six subjects on Tuesday, asked about what lay behind her success, she said: "Well it's just studying hard and also I have to have prayer and faith in God every day because without God then I wouldn't get all these." 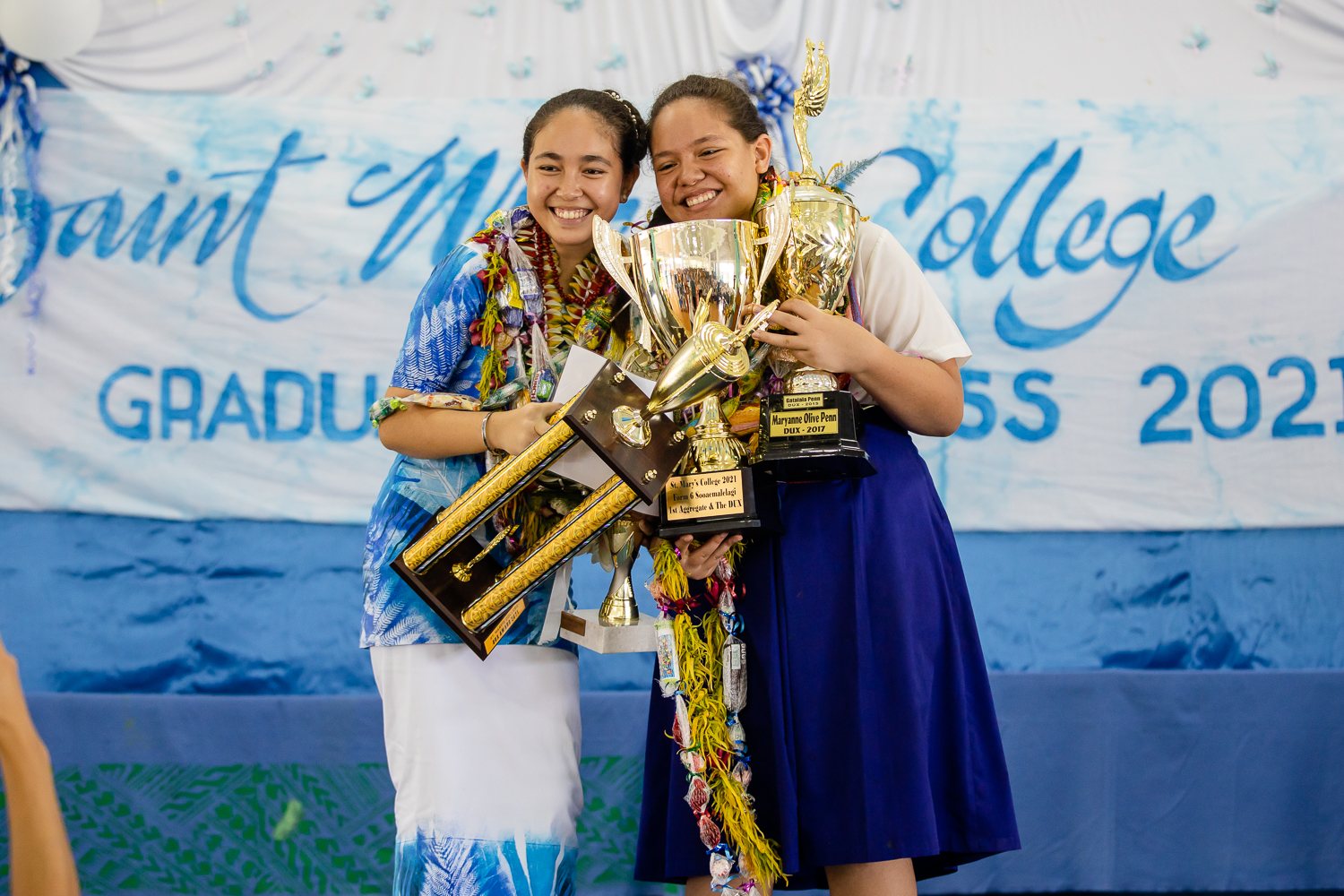 Her sister Egnezeema told the Samoa Observer on Tuesday that she sees her sister as a role model.

"I feel very proud of my sister like during our study time we would always make sure that one doesn't fall back. If one falls back then the other one should also go back there to help that one come back on the top," Egnezeema said.

"So I feel very proud of my sister because she deserves it and it's amazing to see that through God's will I am also gifted with this sort of achievement.

She hopes to become the College Dux in the future as it is her dream to follow in both her sister and mother's footsteps. 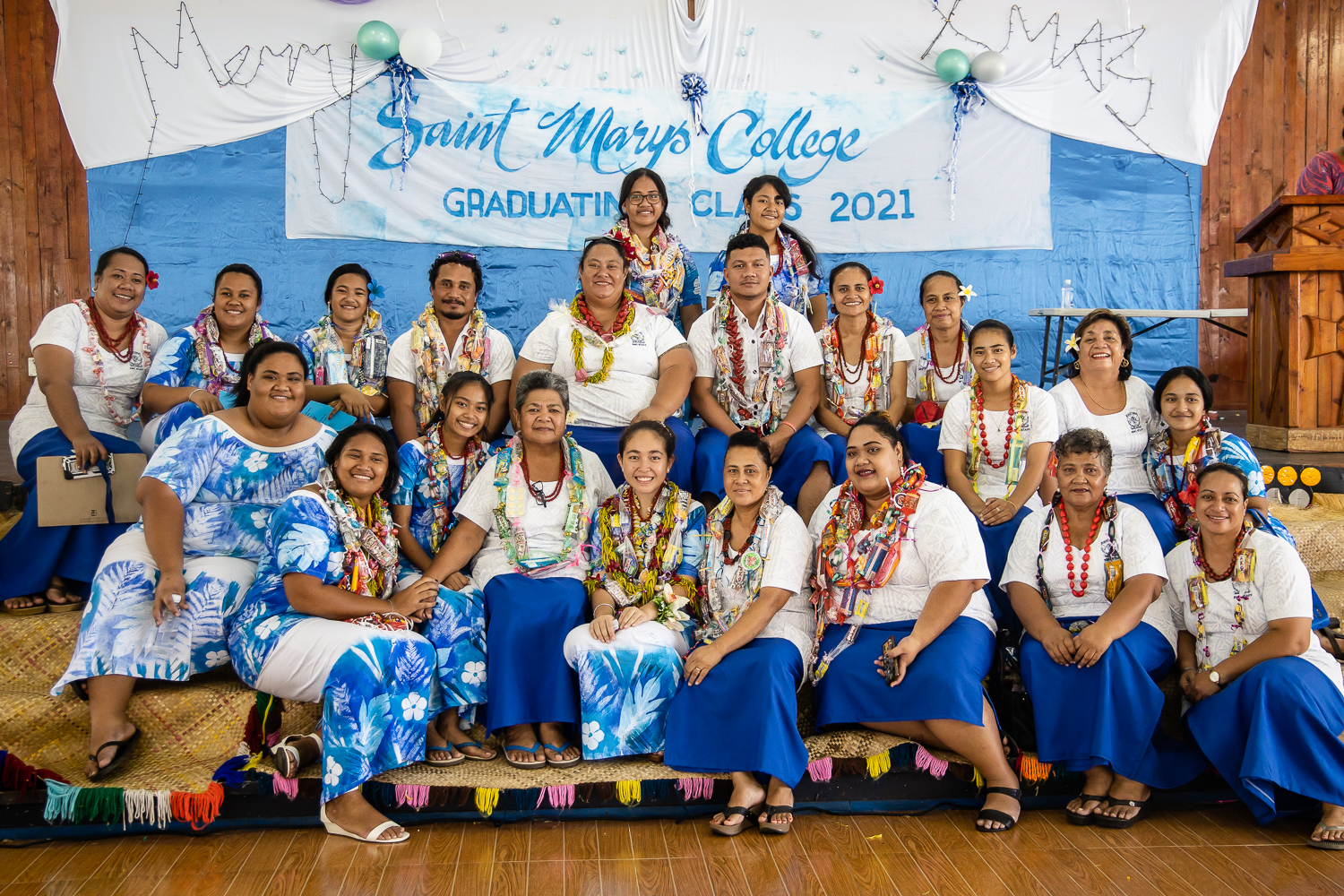 Their mother, Petra Suhren Chan Tung is proud of both of her daughter's achievements, saying it is a privilege for her daughter to follow in their footsteps.

"Well like everything for us, we always return the praise and the glory back to God. That was my foundation growing up as well with my parents, everything starts and ends with God and everything will just flow through well," Mrs. Chan Tung said. 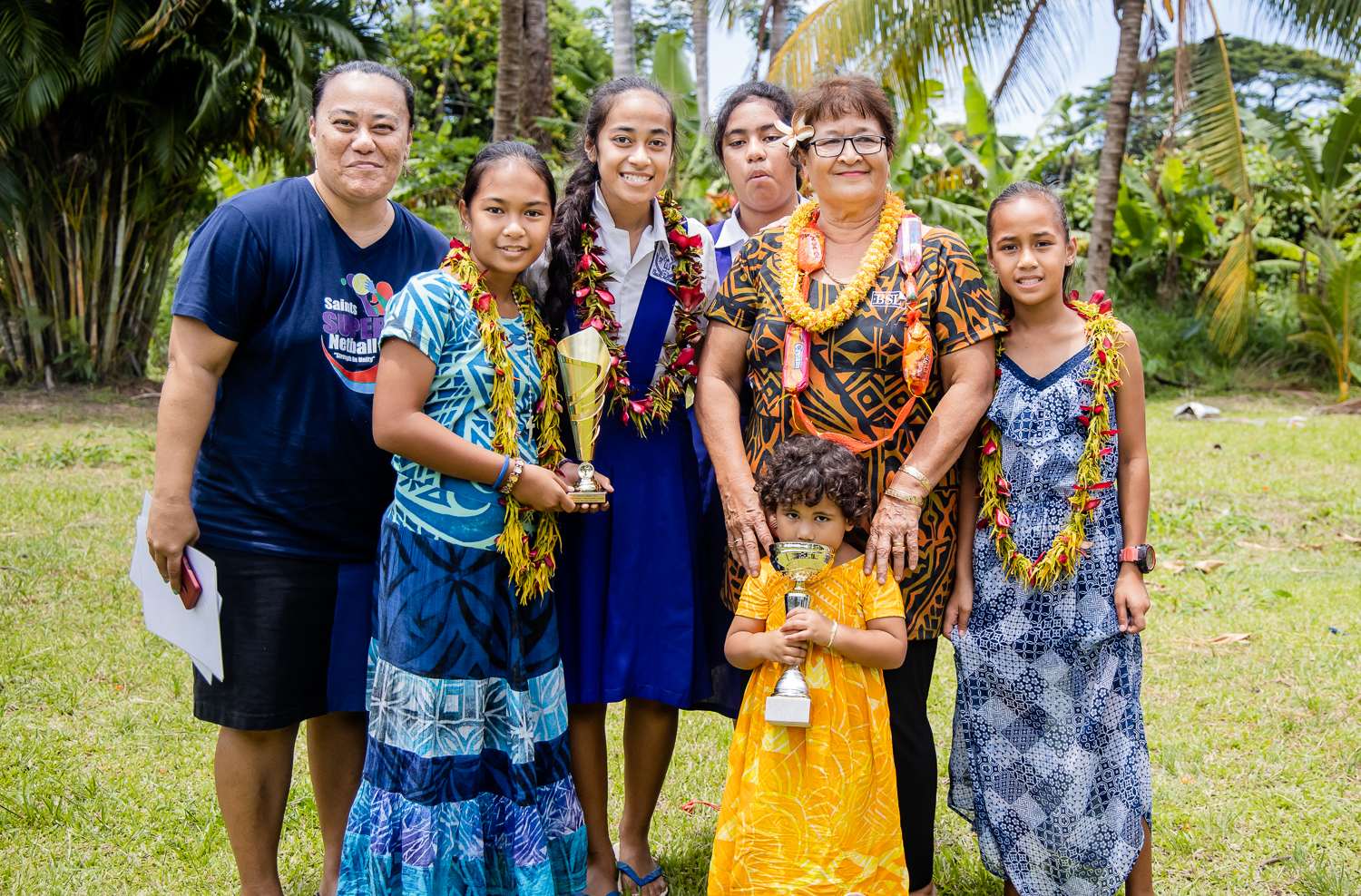 Mrs. Suhren said that seeing her daughter walk in their steps was an honour.

"Honestly, as a [mother], you know every step of your child, so you'll never be surprised because you know how they are, they are such studious girls," she said.

Asked to sum up what she had learnt on her academic journey, Querida said that students must remember that they reap what they sow and to always put God first.