Samoa
The house of Melila Pulalasi who continues to worry about his family's challenges. (Photo: Vaitogi A. Matafeo)

Life has not gone according to plan for Melila Pulalasi as he stood next to his house and recounted the challenges his family continues to face.

For the 50-year-old father, who lives on the northwest coast of Upolu with his wife and eight children, his family’s financial challenges are many. But nothing hurts him more than the fact that his children were unable to sit for their school exams early this month due to outstanding school fees.

The family live in a house built in traditional Samoan style which can only be accessed through an inland dirt road.

Mr Pulalasi and his wife are unemployed and depend on cocoa trees growing around their home to make a living.

“My family and I struggle financially because my wife and I are unemployed but we depend on selling cocoa for either $5 or $10,” he told the Samoa Observer in an interview.

Currently, four of his children are in school but they were not able to sit for their recent exams due to the none-payment of outstanding school fees.

“However, they were not able to sit their final examinations; the new rule is that if a student’s school fees have not been paid they are not allowed to sit their exams,” he said.

“But in previous years the children were allowed to sit the final exams but their report cards were not given out unless they paid their school fees.” 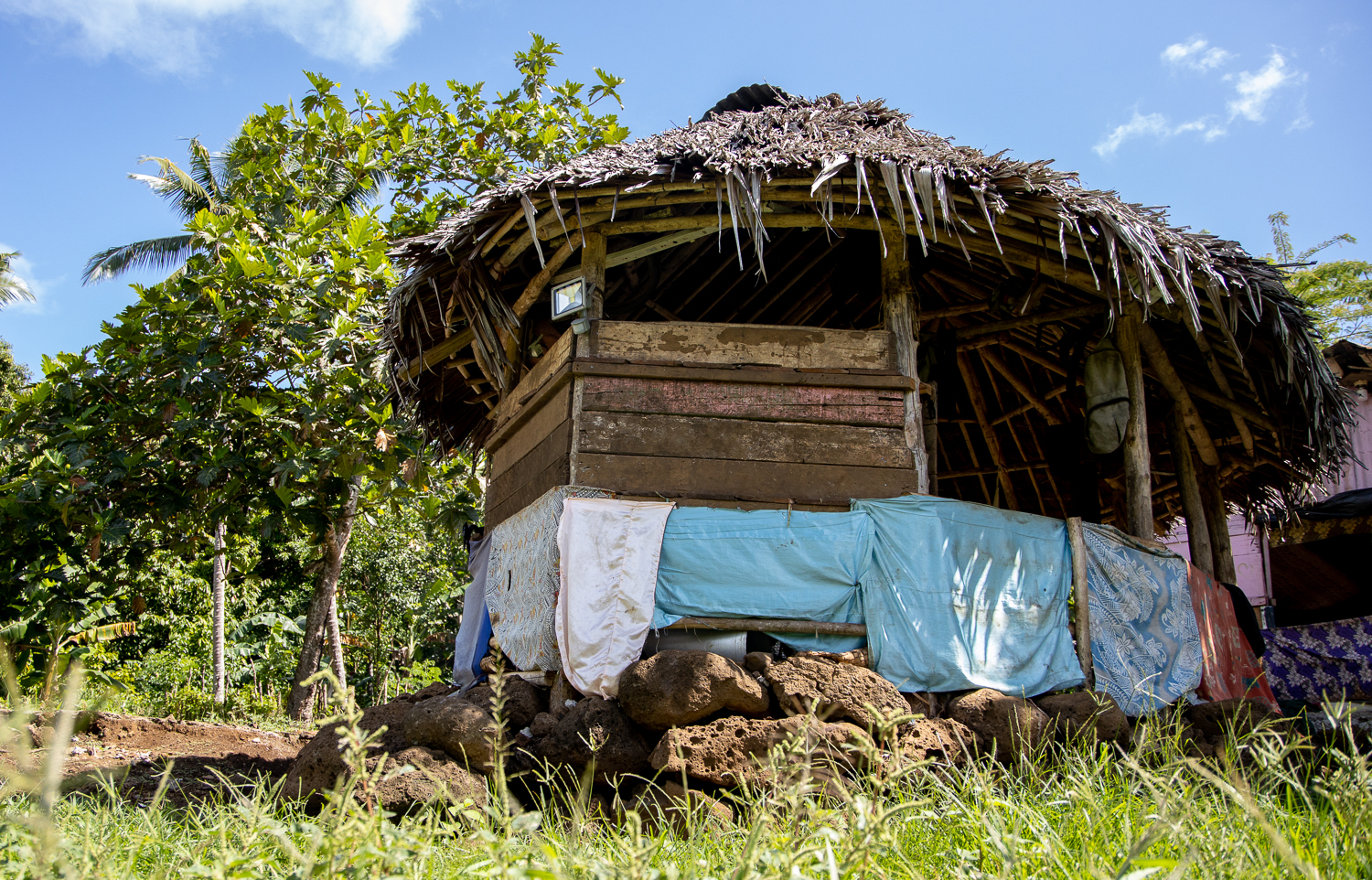 The fact that he is unable to afford his children’s school fees continues to irk him as a father and head of the family.

“I am saddened by the fact that we cannot afford to send the children to school. We often struggle with paying for their school uniforms and even food and monetary needs because everything requires money.”

Despite their challenges, Mr Pulalasi said they persevere and are thankful that they continue to be blessed on a daily basis.

“There are times when we do not have any money to buy food and while we have the plantation to depend on there are a lot of us and sometimes we just don’t have anything to eat.”

The family has access to electricity and water supply but it is paying of the bills that they continue to struggle with according to Mr. Pulalasi.

“We have an overdue water bill which I fear might be disconnected soon but with electricity we use at least $10 a week or so,” he said.

“This is why a water tank is needed to store and save water to avoid paying a huge amount.”

And due to the design of the family’s house and its current condition, the father says they remain vulnerable to the extreme weather events such as tropical cyclones.

If you are willing to help the family of Mr. Pulalasi please contact the number: 8436253.