The U.K. High Commission has walked the talk in offsetting its carbon footprint by planting trees which coincided with the start of the United Nations Climate Change Conference (COP26) in Glasgow.

A hundred trees were planted on Monday afternoon at the Vailima Botanical Garden in collaboration with members of the Samoa Conservation Society (S.C.S) and the Ministry of Natural Resources and Environment. 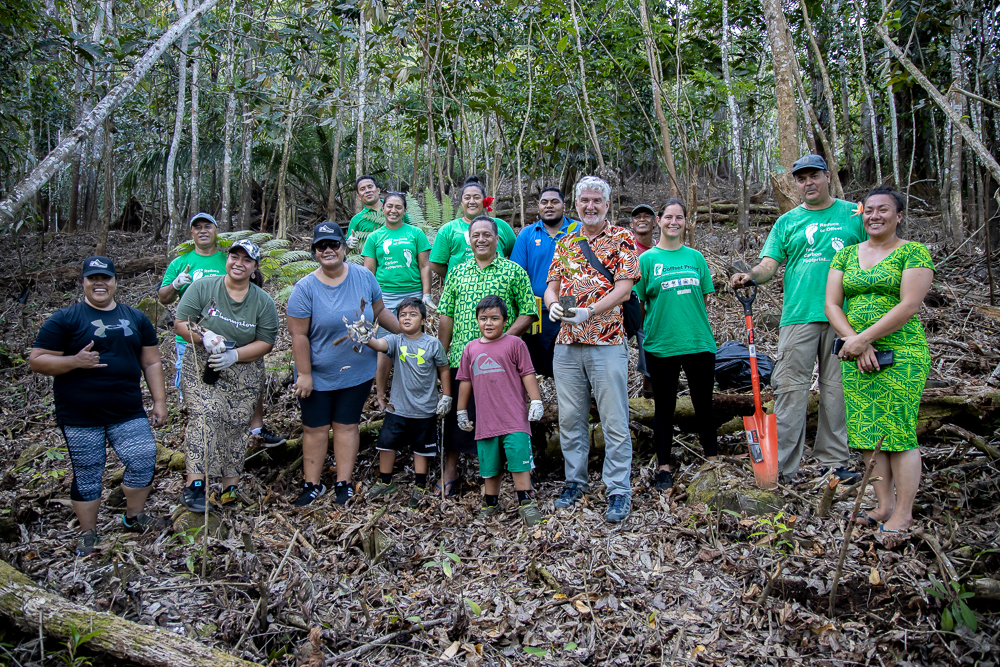 A carbon audit is a means of measuring and recording the amount of greenhouse gas emitted by an organisation. 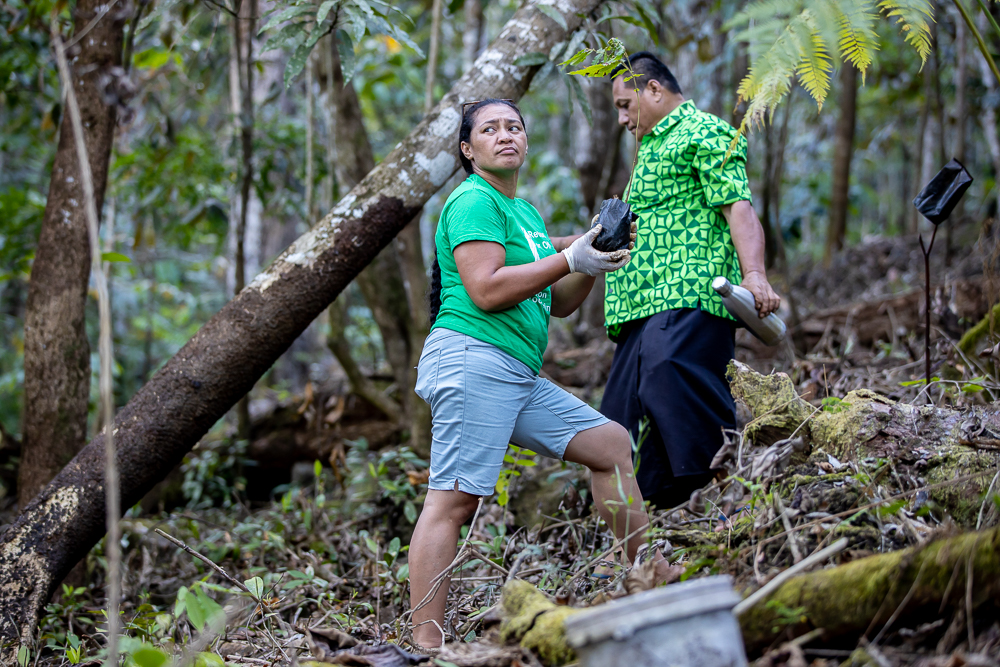 Based on calculations by the S.C.S. the U.K. High Commission in Samoa needed to plant 69 trees to offset their carbon emissions.

They had planted more than 90 trees on Friday with the S.C.S planting an additional 10 to offset their carbon emissions, bringing the total number of trees planted last Friday to 100. 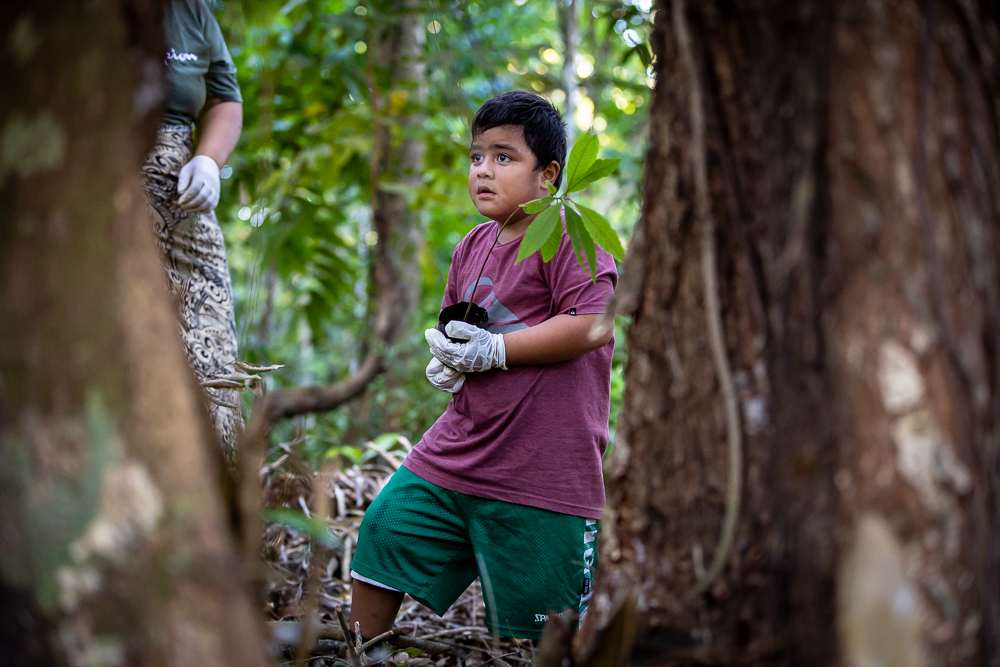 Five types of native trees that were planted on Monday include the Asi, Tamanu, Malili, Tava and the Falaga.

The President of the S.C.S. and environmentalist, James Atherton, said during the tree planting event that it is the first day of COP26 and is also happy to use this opportunity to reduce or offset their carbon footprint. 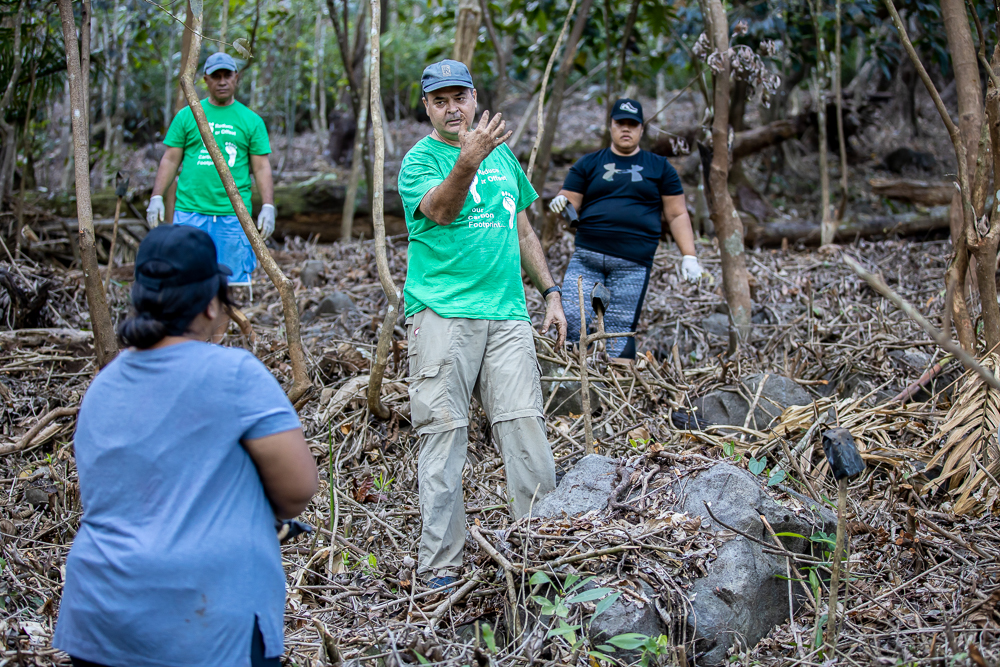 "So we are very grateful for the U.K. High Commission's interest and leadership in the topic and in particular in working with us to calculate your carbon footprint for your office and your vehicles and we're going to add the flight to that calculation as well," Mr. Atherton said.

In an interview with the Samoa Observer on Monday, the Acting U.K. High Commissioner to Samoa, Ian Richards said that the event is a culmination of their project to measure their carbon footprint and try to offset their carbon emissions. 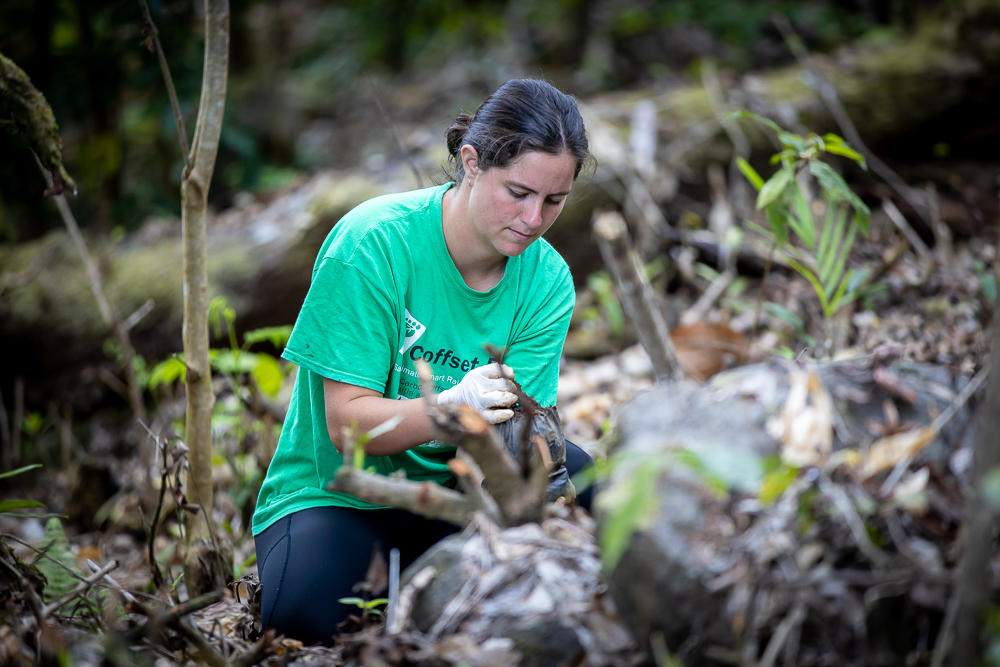 "The [Samoa] Conservation Society helped us to work out how many trees we would need to plant in order to offset our energy usage and they worked out that we needed to plant 69 trees," Mr. Richards told the Samoa Observer.

"Today we've come here as a team and we've joined with the Samoa Conservation Society and some people from M.N.R.E. and we've planted a hundred trees in record time because we all worked so hard.

"So what that means is we can feel that we as the British High Commission have offset our footprint. Obviously, this is the perfect day to do it because it's the first day of the U.N. Climate Change Conference in Glasgow."

Mr. Richards added that it is important the U.K. High Commission also walk the talk and the fact it coincides with environment week is great.

"We're trying to show that we're not just talking about all this but we're actually walking the talk and it's also the first day of Samoa's environment week," he said.

"So fantastic combination of events, perfect day to do this and I think we will all go home happy that we have completed let's say stage one of the project, it's not finished because we now have to do more things in the office, for example, we are trying to get some ceiling fans so that we won't use so may air conditioners.

"The thing we really have to work towards is coming back next year and finding that our carbon footprint is smaller and therefore instead of planting 69 trees, it might be 40 or 50."