An Ava ceremony officially opened the Eighth Measina a Samoa Conference on Thursday focused on the theme of “enhancing Samoan resilience during the pandemic.”

The two-day conference is hosted by the National University of Samoa (N.U.S.) at its Lepapaigalagala Campus.

The Measina conference is an international conference hosted by the university usually with two-year gaps between them. 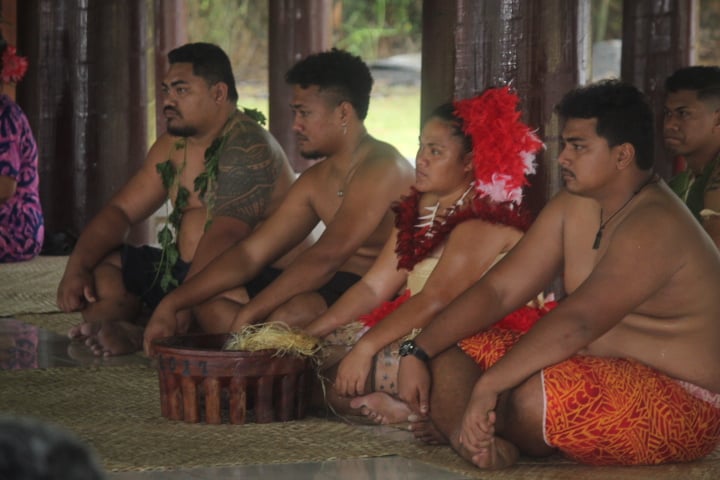 The Measina a Samoa conference is usually delivered in the Samoan language but this year the university has allowed presentations to be either in Samoan or in English. 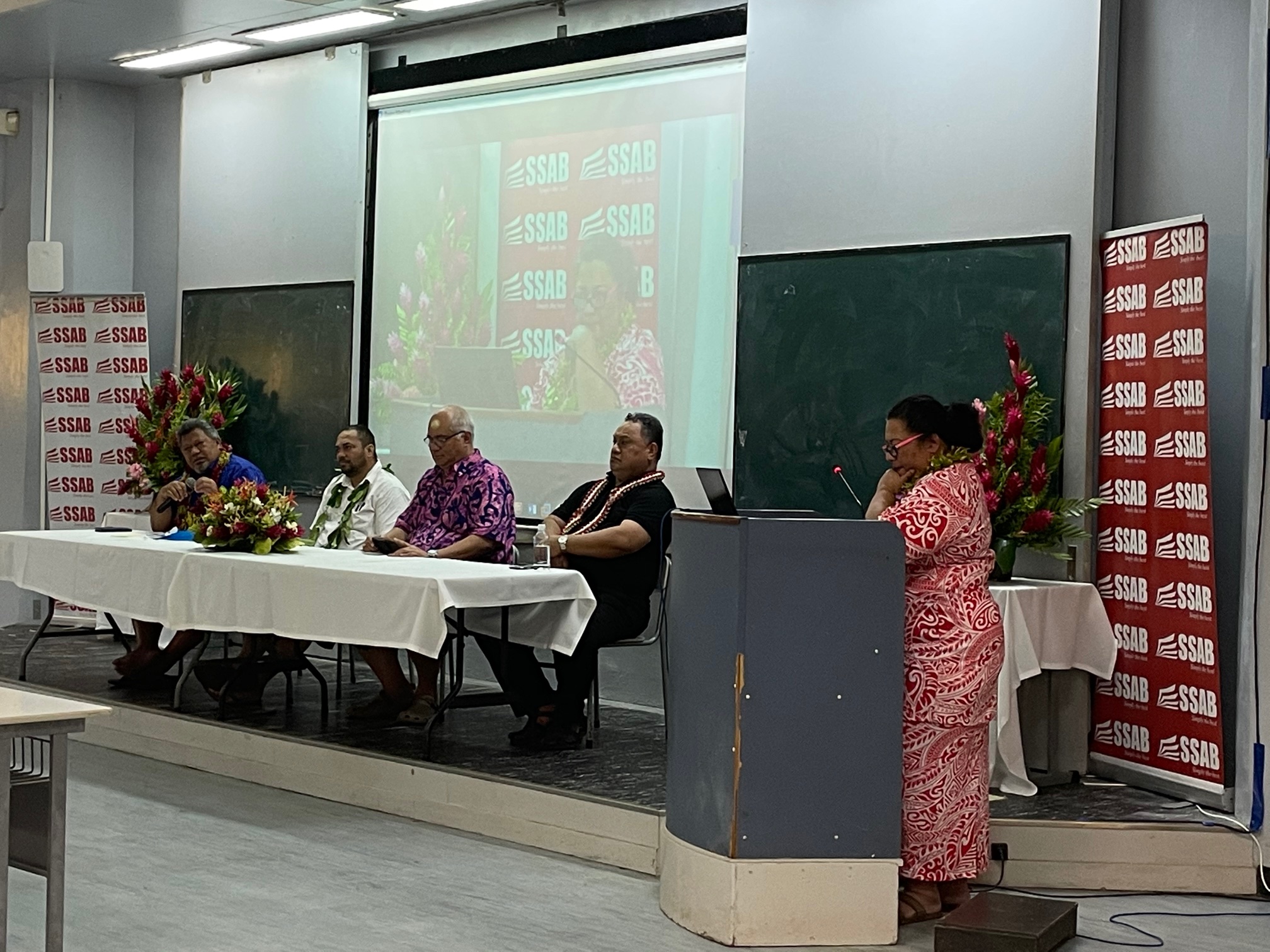 One of the speakers during the conference was the Director-General of the Ministry of Health, Leausa Dr. Take Naseri. 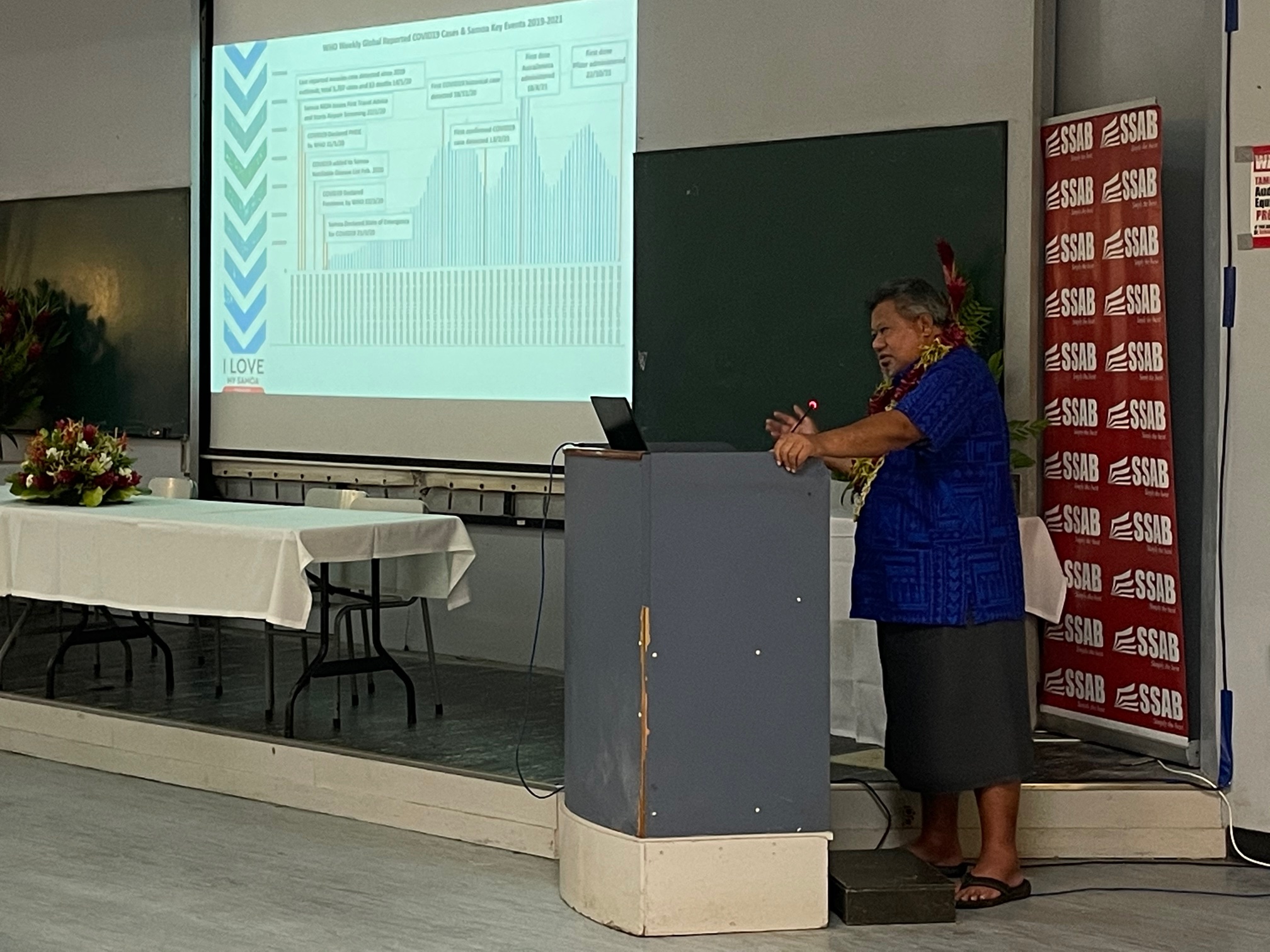 The abstract of his presentation states that, “In Samoa, the burden of history is personal, real and very close.”

“We carry with us 100 years later, the remnants of our past in order to reconcile with our future. Our resilient nature is documented and related to accounts in history; and in health, it is the 1918 Spanish Flu Influenza pandemic that became our reference point in enhancing Samoa’s resilience to COVID-19.

“Thus under the Ministry of Health 2019 COVID-19 National Preparedness and Response Plan, we were the first country to undertake screening measures at our borders by January 2020 and imposed strict public health measures. 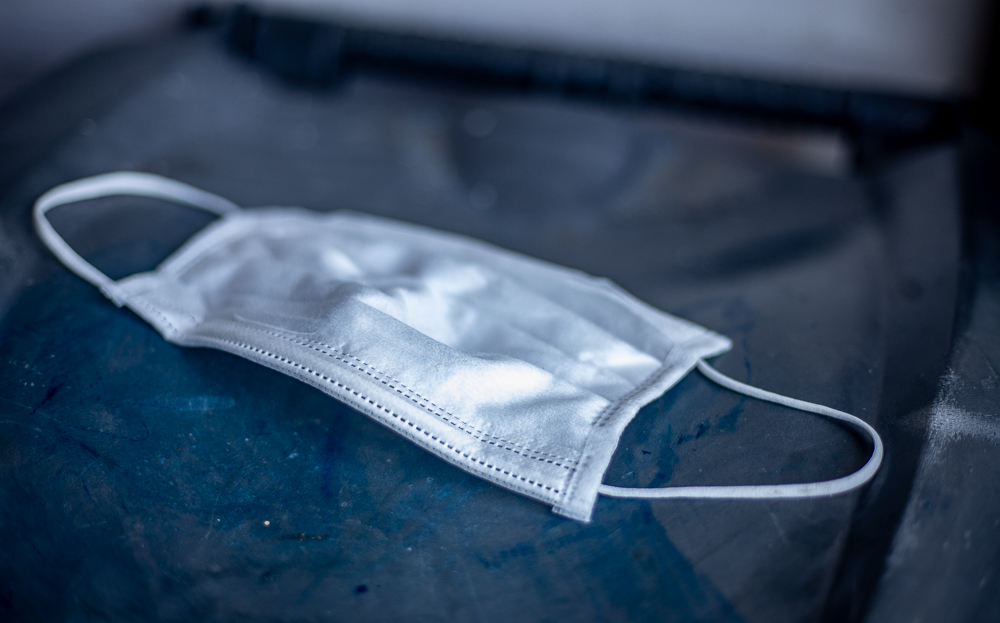 “Whilst W.H.O. (World Health Organisation) initially questioned our stance, it was our position that “All politics are local” and the national health security was at stake.”

Furthermore, “it was important then and now that the world learns that Samoa suffered the greatest proportional mortality of any country or territory from the 1918 Pandemic with about 8,500 people that died or [one-third] of Samoa’s population then.”

“Nearly half of Samoa’s 15 to 40 year-old population died, in roughly eight weeks. Traumatic shock was increased by mass burials and an estimated 90 per cent of Samoans were infected from socio-economic losses.

“In health, the lack of information and knowledge of the Spanish Flu for people to care for infants then, orphans and the elderly are a stark reminder that we need to apply a cautious approach in order to protect our 215,000 population.

“In a crisis, we only need facts! Against that background, our current preparedness and preventive responses during this “new norm” era are to best inform and practically apply our health measures whilst Samoa is COVID-free.”

During his presentation he spoke about the situation Samoa is in terms of its COVID-19 status including an overview of the repatriation flights which has brought over 6,000 people.

He said that the current health system: the merged Ministry of Health include – Public Health Services, Hospital and Clinical Services, and Corporate Governance.

Leausa also mentioned an enhanced disease surveillance for early detection of any respiratory illness to ensure any potential outbreaks are caught as they happen. Data, he said, is collected daily or every day from all health facilities.

“Globally, a cumulative total [of] over 237 million [COVID-19] cases have been recorded and over 4.8 million deaths.”

He also spoke about Samoa’s response based on screening out potential risk at borders and points of entry into the country such as at airports and wharves.

The Director General of Health said the first and last local patient to test positive to the COVID-19 virus was an instance of a "historical" case of the disease on 18 November, 2020. Historical cases can often incorrectly trigger positive test results.

Some of the challenges he also shared include: limited human resources staff; competing health priorities; limited modes of transportation; and destructive criticism from anti-vaccination activists who sow uncertainty through social media.