The St. Francis Xavier Vaivase-tai Catholic Parish held a mass on Sunday in the memory of those who lost their lives to cancer.

The mass, held on Sunday morning, was led by Fr. Mark Mataeliga and Deacon Etepo Willie Sinclair and concluded with the parish donating $2000 to the Samoa Cancer Society (S.C.S).

The majority of those in attendance wore pink to support Pinktober national breast cancer awareness month designed to promote awareness of the disease and encourage women to be proactive about checking their health.

In remembrance of family members who had lost their lives to cancer, the parish placed their pictures at the front of the church for the duration of the mass.

During the mass, the Chairman of the St. Francis Xavier Catholic Parish Committee Tauaaletoa palea Faolotoi presented a donation of $2000 to the Chief Executive Officer (C.E.O) of the S.C.S, Su’a John Ryan.

Su’a, who spoke on behalf of the society, gave his thanks to the parish for their contribution. 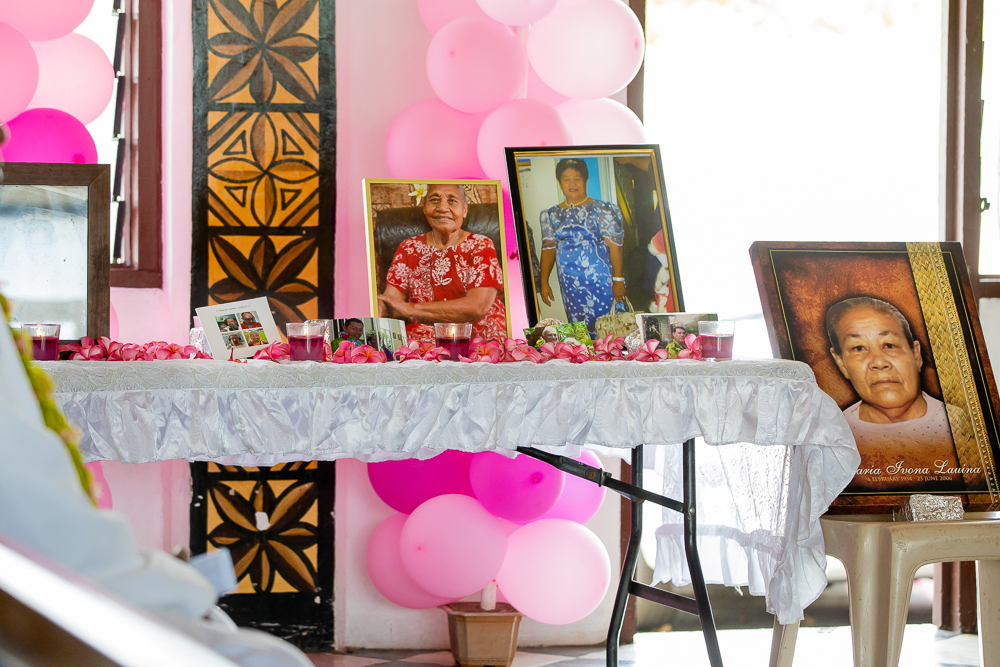 He particularly thanked the parish for the support shown both to those currently fighting cancer and who have lost their lives to the disease.

“The work of the society is to support those who have been affected by cancer. The money donated today, thank you, thank you very much,” Su’a said.

In an interview with the Samoa Observer on Sunday afternoon, Deacon Sinclair said that the mass was dedicated to all those whose lives had been touched by the scourge of cancer. 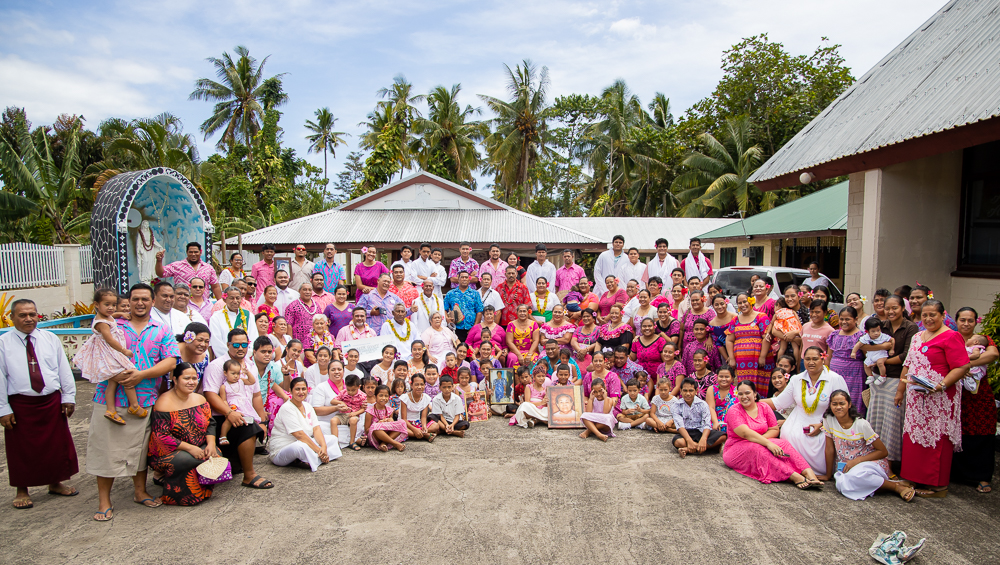 Deacon Sinclair was also touched to see members of the parish turn up to the mass wearing pink in support of breast cancer awareness.

“As you can see almost everyone in the church was wearing pink, because they were notified and the majority of people know of its importance of the colour [pink] to the [cancer society],” he said. 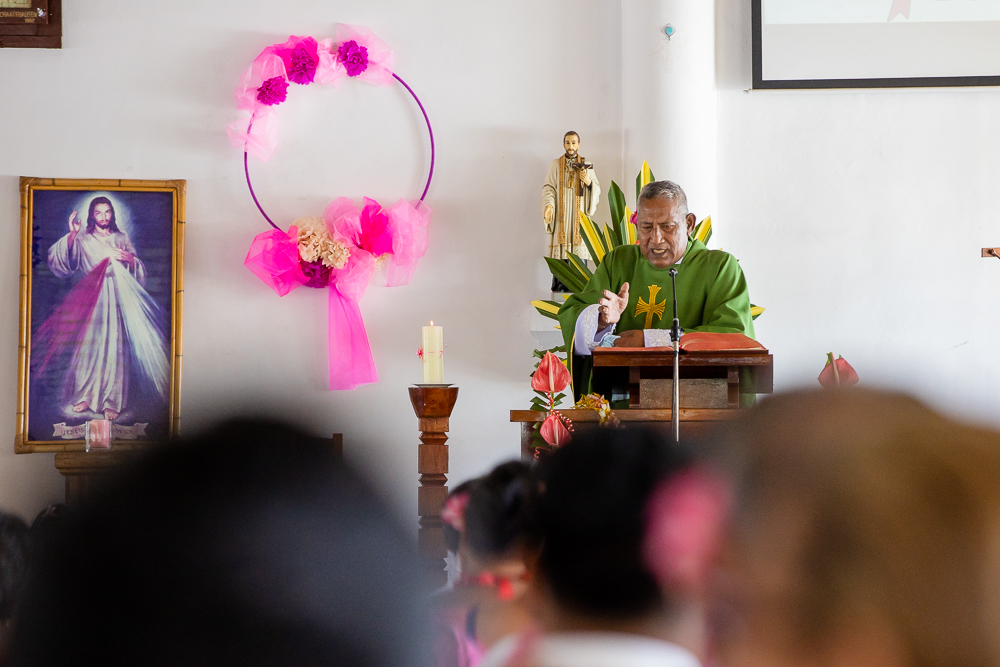 Deacon Sinclair said that several members of the congregation had loved ones, friends and relatives in Samoa and abroad who had passed away from cancer and related illness.

He advised the public to follow advice from the S.C.S about the importance of early detection and to report any possible symptoms of the disease to a medical professional as soon as possible.