The Press conference was held at the M.O.H conference room on Thursday afternoon. (Photo: Vaitogi A. Matafeo)
Health

The Director-General of Health Leausa Dr. Take Naseri has appealed to the public to get vaccinated soon before the remaining batches of vaccines expire at the end of November this year.

Leausa made the comments during a press conference that was hosted at the Ministry of Health (M.O.H) conference room on Thursday.

He said Samoa is far from the end of the pandemic and appealed to the public to get vaccinated as soon as possible.

"It now going to be [4 weeks] now that Auckland is in an Alert Level 4, but the COVID-19 delta variant is slowly spreading in Fiji. We have seen their situation right now," he said. 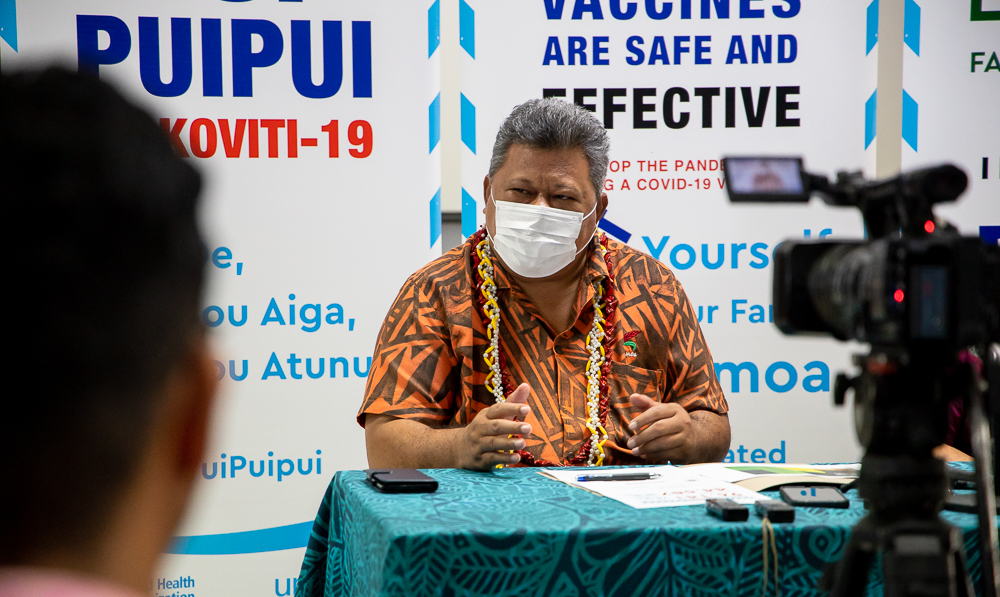 With the current situation in Fiji, Leausa emphasised that it is crucial to get vaccinated with the COVID-19 vaccine.

"That is why it is important to have both shots. Right now in our country there are currently 96,141 amount of people who have received their first shot," he said.

Recent figures released by the M.O.H. on Thursday show that the number of the eligible population in the country who have been fully vaccinated has reached 44,587.

"A lot of the elderly are not vaccinated, little kids under 12 because we are waiting for the Pfizer vaccine that New Zealand has offered, so we are preparing for the end of October and then the 12 to 17 age group will be vaccinated," he said.

The mobile teams have been sent out for the door-to-door vaccination campaign, but Leausa advises the public to not wait until the vaccine gets to you.

"If we take a look the fixed sites at [Samoa Tourism Fale] and, there is rarely anyone. We wait for a whole day and probably only 60 or 40, even at Matagialalua," he said.

He said that some of the vaccines will expire at the end of October.

"The last batch will expire on the 30 of November," he said.

With the vaccines expiring at the end of November, Leausa said that people need to get vaccinated between 24-26 September.

"So try there is a huge opportunity," he said. 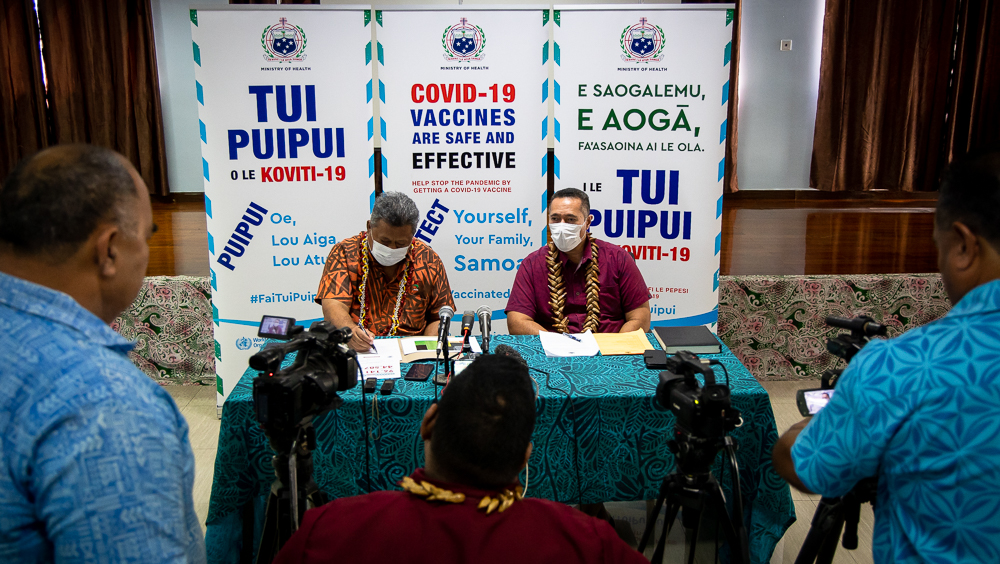 Leausa said only six districts in Upolu and Savai'i have exceeded 80 per cent in terms of the number of people who have been vaccinated with one district recording 93 per cent.

"But the majority of other districts are at 70 per cent towards 80 percent. Others have reached 60 per cent to 70 per cent. The lowest is 55 per cent," he said.

National Emergency Operations Centre (N.E.O.C.) Chair Agafili Shem Leo said during the press conference that the country has sufficient vaccines but the number of those who have to get vaccinated has dropped.

He said preparation for COVID-19 within the community is important but losing one's vaccination card should not be an obstacle not to getting your second shot.