The very first cohort of H.R.M.I. interns in the Pacific from the Samoa Campus. (Photo: Vaitogi A. Matafeo)

Nine students from The University of the South Pacific (U.S.P.) Samoa Campus were named successful applicants of a 12-week internship-scholarship programme in collaboration with the Human Rights Measurement Initiative.

The interns will receive $2,000 each to assist with their tuition fees and day-to-day student expenses. They are the first cohort of H.R.M.I. Interns in the Pacific.

They were selected based on a demonstrated interest in learning about human rights advocacy and data production in the Pacific.

The H.R.M.I. according to To'oto'oleaava Dr. Fanaafi Aiono-Le Tagaloa, the U.S.P. Samoa Campus Director, is "the first global initiative" of its kind which seeks to measure human rights performance by collecting data for the different countries around the world. 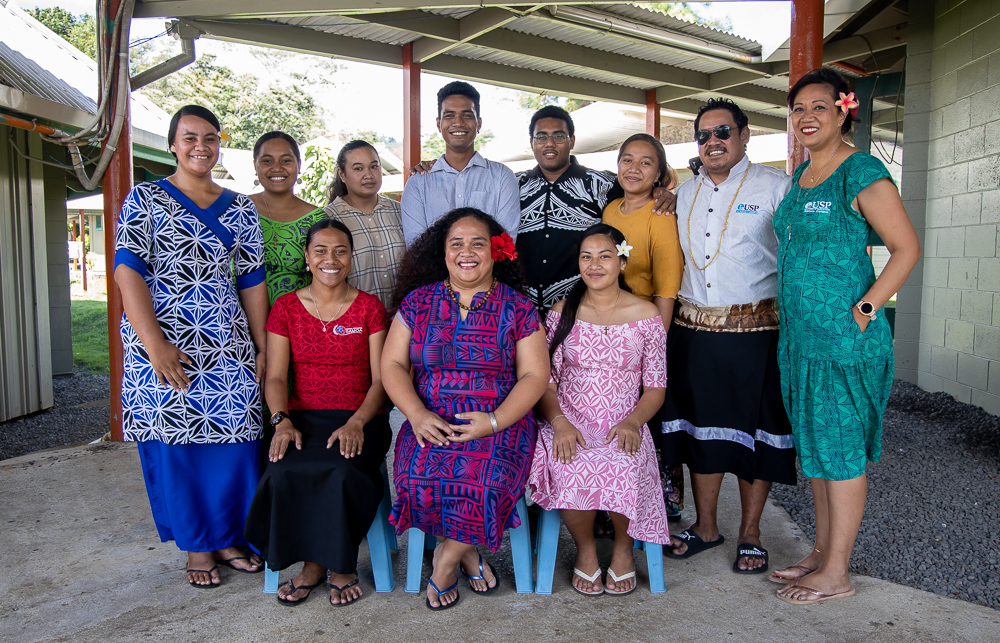 "Firstly [it] is participating in something that is global and it’s on an issue that affects everybody and everybody has an opinion on.

"But as we know with opinion, very rarely is it based on fact so to have a project that is going to try and collect the facts to back up the opinions, it is really important.

"And not just any people but young people and that underscore the value of education because it’s students that we are focusing on."

To'oto'oleaava said that they hope that the participants will grow up and be heavily involved within the human rights arena in the future.

"In an informed manner and in a way which has not only consciousness of their local context as Samoans, as young people, but also in relation to the international processes that are affected in the area of human rights," she said. 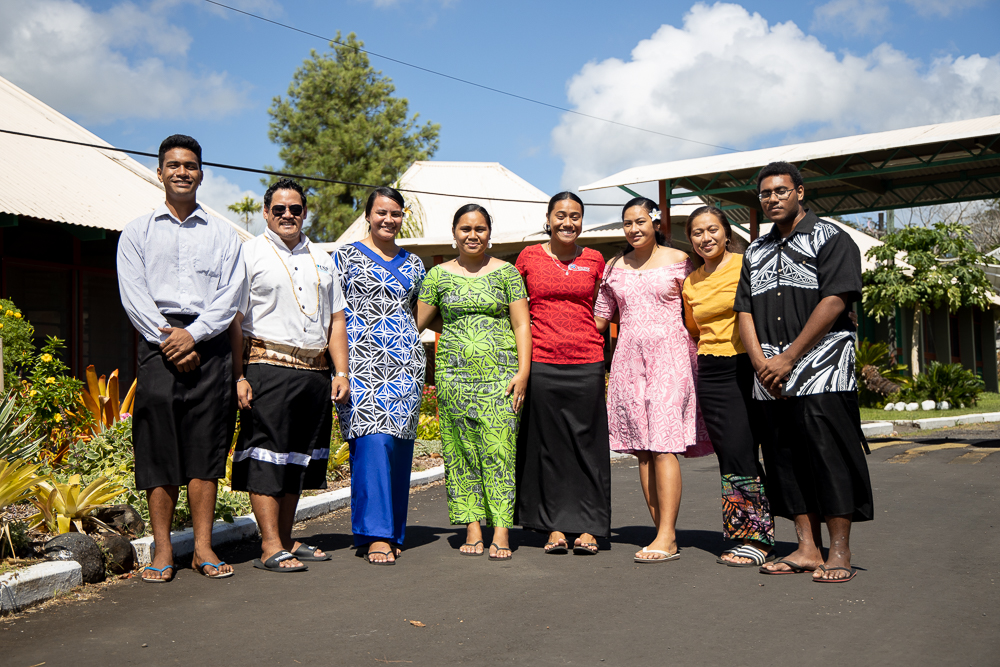 Being the first in the Pacific to have worked closely with H.R.M.I. in this particular project is a milestone for the U.S.P. Samoa Campus.

"U.S.P. has been able to rank in the top 10 per cent under these particular rankings," To'oto'oleaava added.

"So as I said before, the message is that they (students) are aware, they look at the issues that are affecting the world; like human rights, like climate change these are like global issues, but to look at it through Samoan lens, so that what they learn what is applicable and relevant to Samoa with the hope that it will change Samoan lives.

"The issues are global, but when it comes to drilling it down to the individual countries, you have to bear in mind that we are different in the way we address things in our cultural, spiritual and in our family values." 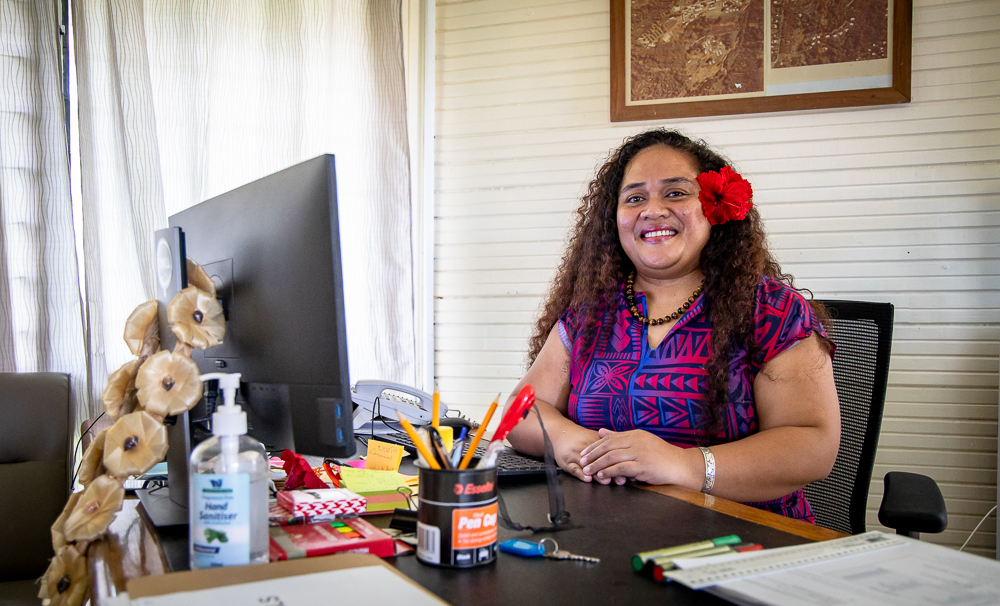 Members of the H.R.M.I. team include Pacific Data Co-Lead Seuta’afili Dr Patrick Thomsen and Thalia Kehoe Rowden H.R.M.I. Internships Lead, who have been working for some months with the Samoa Campus' Student Welfare officer and Campus Life Manager Ronna Lee to bring the project to fruition.

According to a statement issued by the U.S.P. international human rights initiatives often struggle to ‘land’ in the Pacific.

"Global human rights language and concepts have not always been attuned to the specific cultural, social, and historical context of the Pacific. This project is based on the premise that conversations about human rights in the Pacific need to be led by diverse Pacific voices.

"This project is aimed at connecting the next generation of Pacific human rights advocates and change-makers with global human rights networks through a paid internship scholarship programme, and providing them with an opportunity to gain experience with international human rights processes such as the Universal Periodic Review."

Through this collaboration, they hope to support the leadership development of Pacific leaders and change makers. Facilitating a culturally cognizant Pacific Internship scholarship programme, this project will equip young leaders with a strong understanding of human rights data, provide an introduction to global human rights networks, and an opportunity to build their writing and advocacy skills.

The internship will be undertaken remotely, with interns based at U.S.P. Samoa Campus and communicating with the H.R.M.I. via Zoom, Slack and email.

Otto Rheeney, a first-year science degree student, said he was thrilled to be part of a very "significant" project.

In an interview with the Samoa Observer, Mr. Rheeney said the project was "eye-opening" for him, providing a platform for him to learn more ways to enhance his knowledge on how to become an "advocate" for human rights in the future.

A third-year Law student said that she was ecstatic to have been chosen as a project intern as it will help her connect with other international agencies advocating for rights internationally.

"As a law student, the word human right is something that really attracts my attention and I would really like to advocate for those whose rights are being suppressed.

"So far, I've learned that Samoa is doing well so far from the statistics that we have already but for other countries in the Pacific, it's really an issue, so it has been an interesting journey and I do hope to continue on with it.

"And for me, to take this on, I look at it as a long-term thing to take on, and be connected with other agencies like U.N. because it's a global issue."

The Pacific interns will be part of a global cohort of about 30 young people from all around the world, and will have the opportunity to build global networks and working relationships with them, as they collaborate to support civil society organisations around the world to develop data skills.

The short-term outcomes of this internship would be the valuable experience, skills, and exposure to international human rights processes gained by Pacific students, in an environment where they can leverage some of the institutional knowledge, social capital and networks that H.R.M.I. has human rights outside the Pacific region.

Through this internship U.S.P. and H.R.M.I. will be supporting the growth of a Pacific-led human rights conversation which is attuned to the needs, issues, and context of different Pacific countries and at the same time based in strong data skills and well-connected to global human rights networks and institutions.