Managing Director of the Bluebird Lumber and Hardware, Tuiaopo Andrew Ah Liki spearhead the project to ensure abuse victims safety at the Campus can be enhanced. (Photo: Vaitogi A. Matafeo)

The project is a state of the art security system that is funded by local company Bluebird Lumber and Hardware to the tune of $32,527 tala. 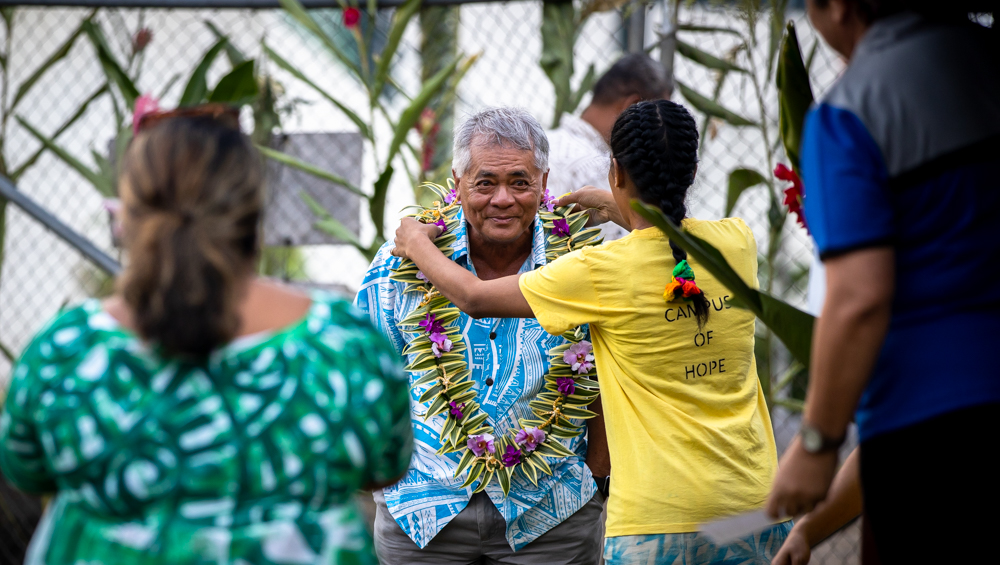 There are 26 security cameras installed throughout the Campus which are all connected to a CCTV system.

The S.V.S.G. management has revealed that the project's commissioning coincides with the opening of two additional houses to cater for the increased demand for refuge from children and women survivors of violence and sexual abuse. 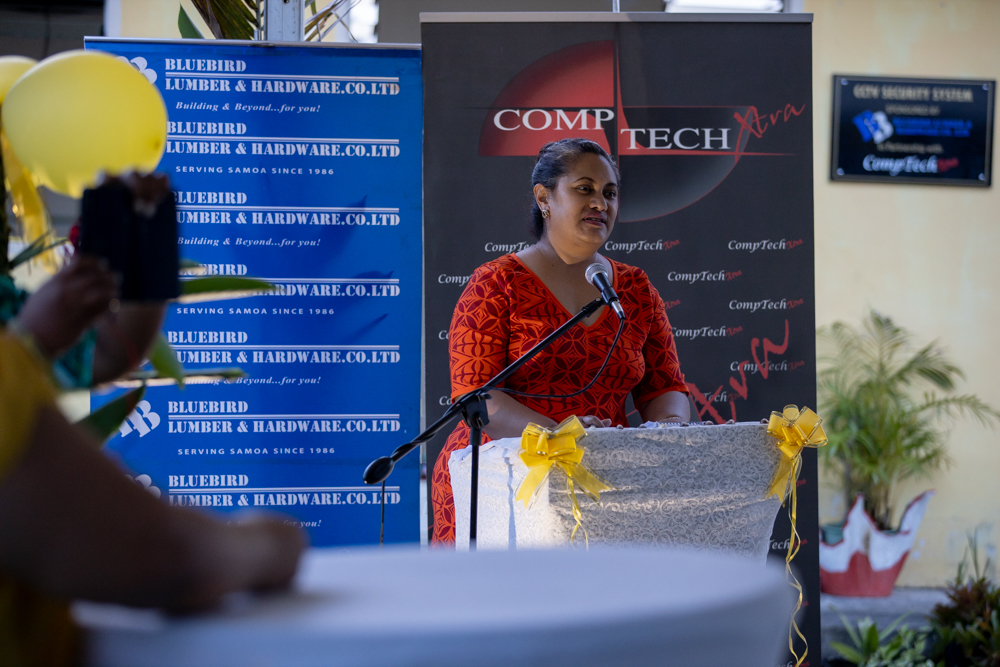 With close to 100 children and women survivors being accommodated at the Campus facility at any one time, their safety will be monitored effectively through the newly installed security system.

The Managing Director of the Bluebird Lumber and Hardware, Tuiaopo Andrew Ah Liki, has been at the forefront of this project.

Speaking during project's launching, Tuiaopo’s daughter and General Manager and Board Member of Bluebird Lumber, Faina Ah Liki said that their hearts were touched by the significant work that the S.V.S.G. and its partners continue to do for the country. 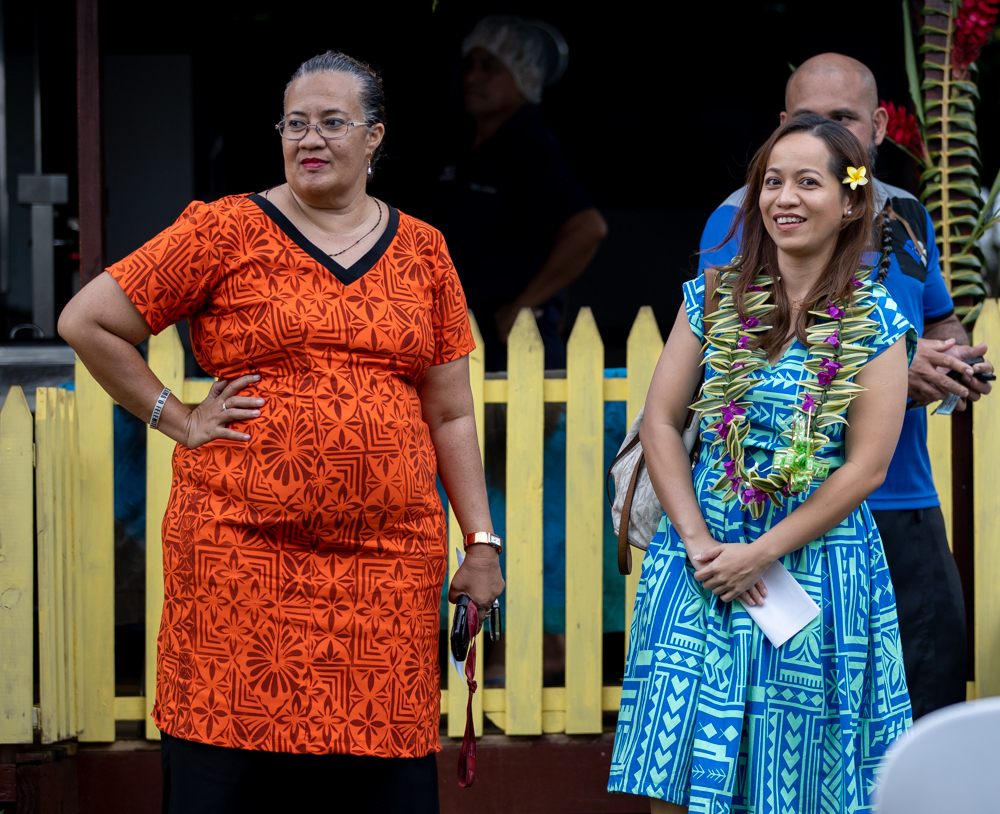 “We have witnessed the life changing work you do remind us that there is still so much hope and goodness in the world,” she said.

She added that alongside the sacrifices of many dedicated people at the Campus of Hope, the generous supporters and sponsors who have lent a helping hand.

“After my father, Tuiaopo attended the opening of the Sakura House, he was very moved; he wanted to help straight away. 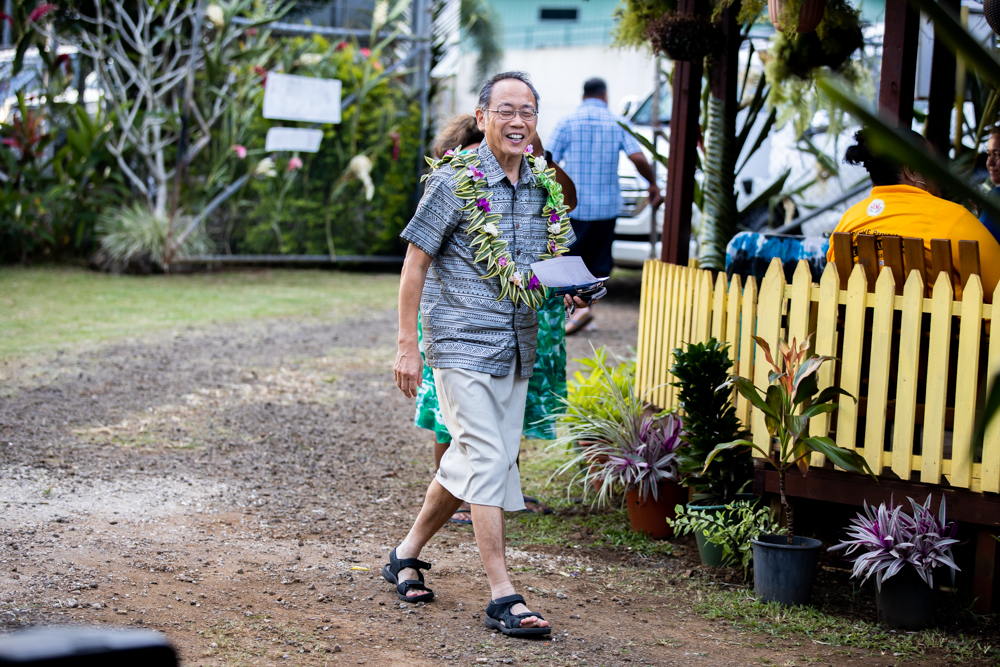 “I want to thank Cyrus and Rosie and the team from Comptech who in collaboration with Bluebird Lumber and Hardware helped install, test and commission a state of the art camera system.

“This video surveillance system will be a crucial asset in monitoring activities on campus for police intelligence data collection, crime prevention especially to protect our children and women being the victims of domestic violence.”

In addition, she said that Comptech also donated a few wireless radios to help the staff communicate properly within the campus and I would like to donate this big television. 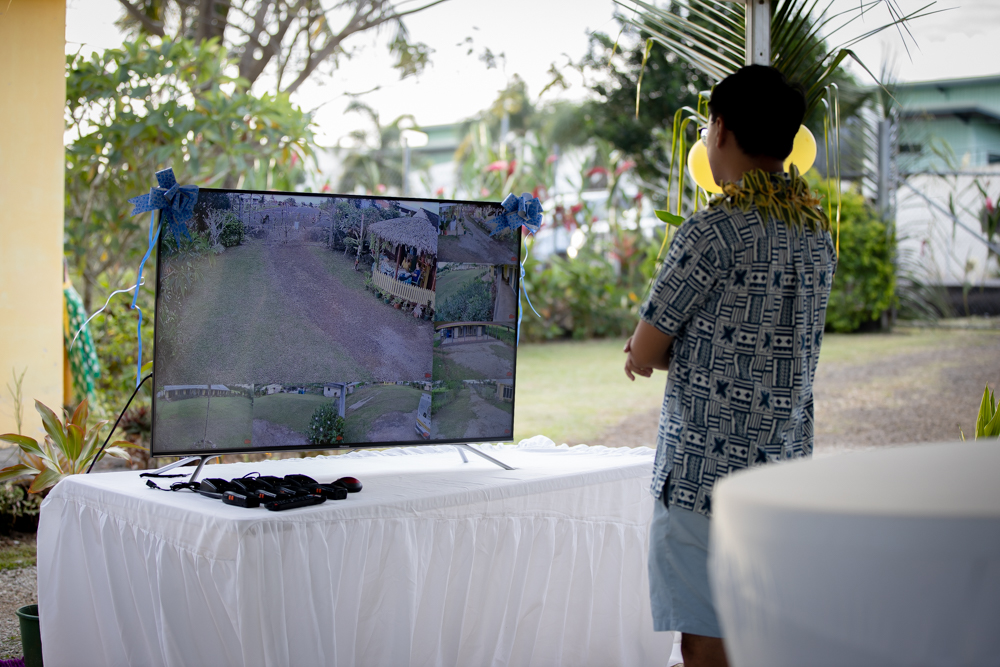 “Despite the challenges faced by all of us as a result of numerous economic and social setbacks especially the COVID-19 pandemic.

"I believe we still have an obligation to make sure that our families and communities especially our vulnerable ones are well protected and looked after.”

The Chair of the S.V.S.G. Board, Georgina Lui acknowledged Tuiaopo and the family for including the residents of the Campus of Hope as the beneficiaries of their ongoing work of love for the most vulnerable members of the community.

“Thank you also to Cyrus and Rosie for your valuable contribution to the work of love project. Together, we are making a difference, one life at a time.”

The Potter’s House Christian Church in Vaivase-Tai is addressing the sensitive and complex issue of self-harm in a new live drama production that opens on Thursday night.