A student from Malua Theological College shaving one of the home's residents. (Photo: Anetone Sagaga)

Third-year theological students at Malua Theological College visited the Home for the Elderly at Mapuifagalele on Saturday and provided residents with care, assistance and even conversation as part of a community outreach programme.

A total of 25 theological students visited Mapuifagalele on Saturday. The visit forms part of their fieldwork, according to the Malua Theological College's Practical Theology Lecturer Kara Siaosi Ipiniu. 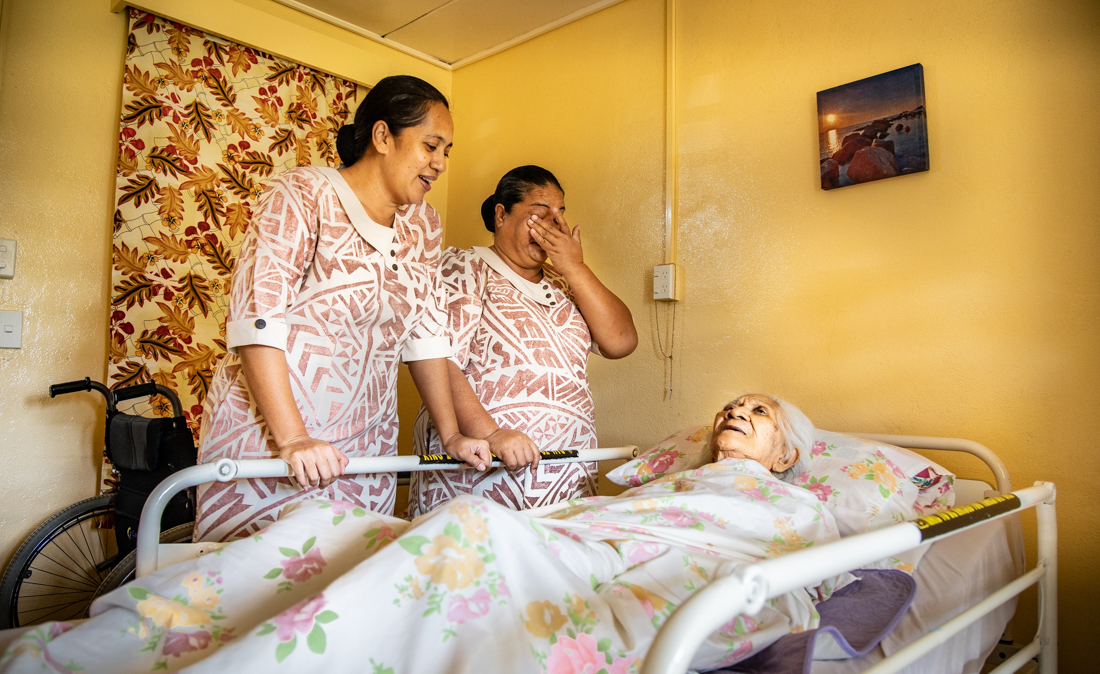 Mr. Ipiniu told the Samoa Observer that the programme was started by the leaders of their church and is always undertaken by the college's third year students.

Their community outreach programme starts at the Home of the Elderly at Mapuifagalele, before proceeding to the Samoa Victim Support Group (S.V.S.G). 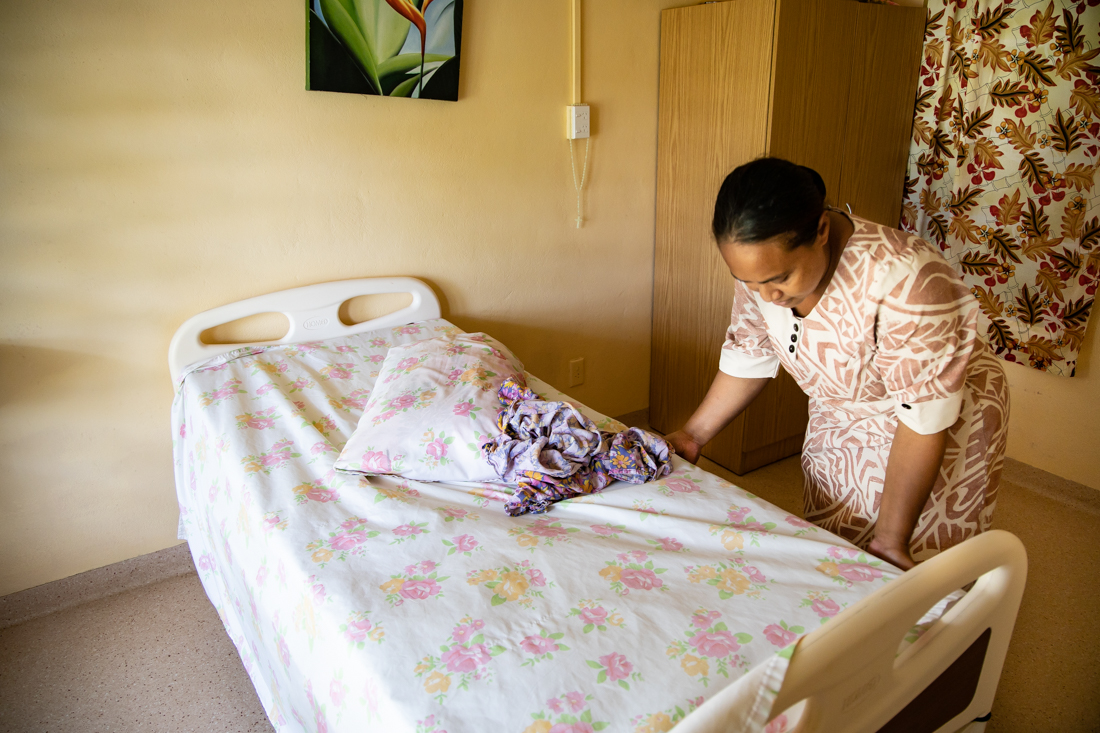 Their final stop will be a visit to the Tanumalala prison and visiting resident Ministers in the villages.

The students offered simple but essential assistance to Mapuifagalele residents such as giving some haircuts or performing basic hygiene tasks for them or bringing them gifts.

Mr. Ipiniu said that the programme has been in place for many years as part of students' educations. 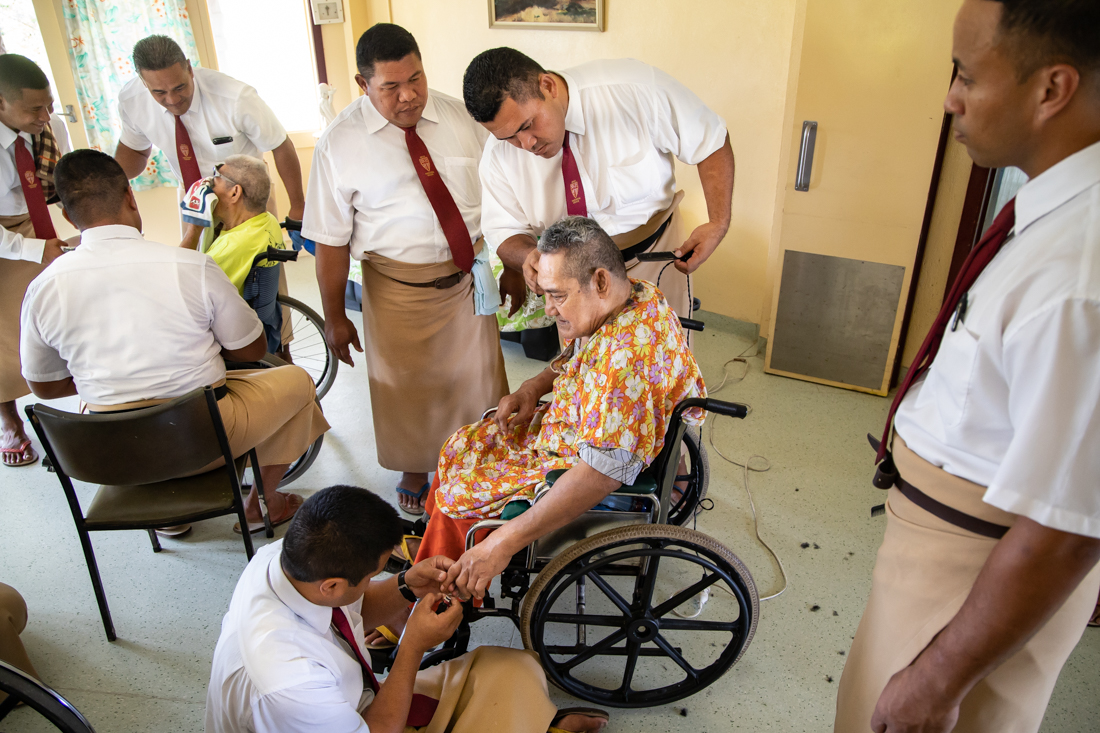 He said there are 25 Theological students and some of their wives had taken part in the Community Outreach Programme. (Seven members of the current class are single.)

He said that instead of just preaching about Jesus' love and healing powers, those values should be reflected in our actions.

Mr. Ipiniu said he hopes the students do not stop their noble work here; he said wherever the Lord tells them to go, they will find a place where they can provide help and care for people in need of assistance. He said that such charity is not work performed by nuns or the Catholic church exclusively but by all churches. 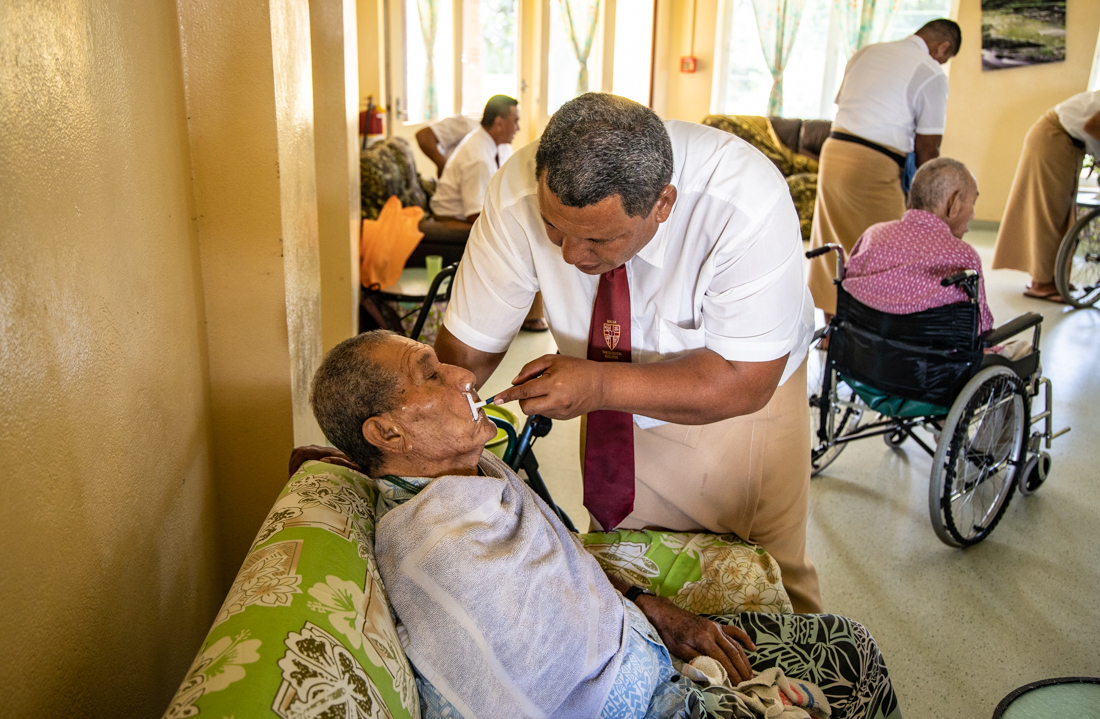 The Sister-in-Charge of Home of the elderly at Mapuifagalele, Sister Maria Francis Pale, was extremely grateful for the support their residents received from the students.

"I’m amazed with the generosity of the people," she said.

Sister Maria said that ever since she arrived at Mapuifagalele, people have been making donations and bringing in produce ranging from taro to banana.

Sister Maria compared the programme to the work undertaken by church Seminarians, which is motivated by a desire to see the real world and not only preach but to provide real help to the people in their parish.

"We are very grateful to all the people who support our work," she said.

She emphaised that they have received help from a wide range of volunteers, not only from the Catholic denomination, including those whom she said may not share the faith of others. 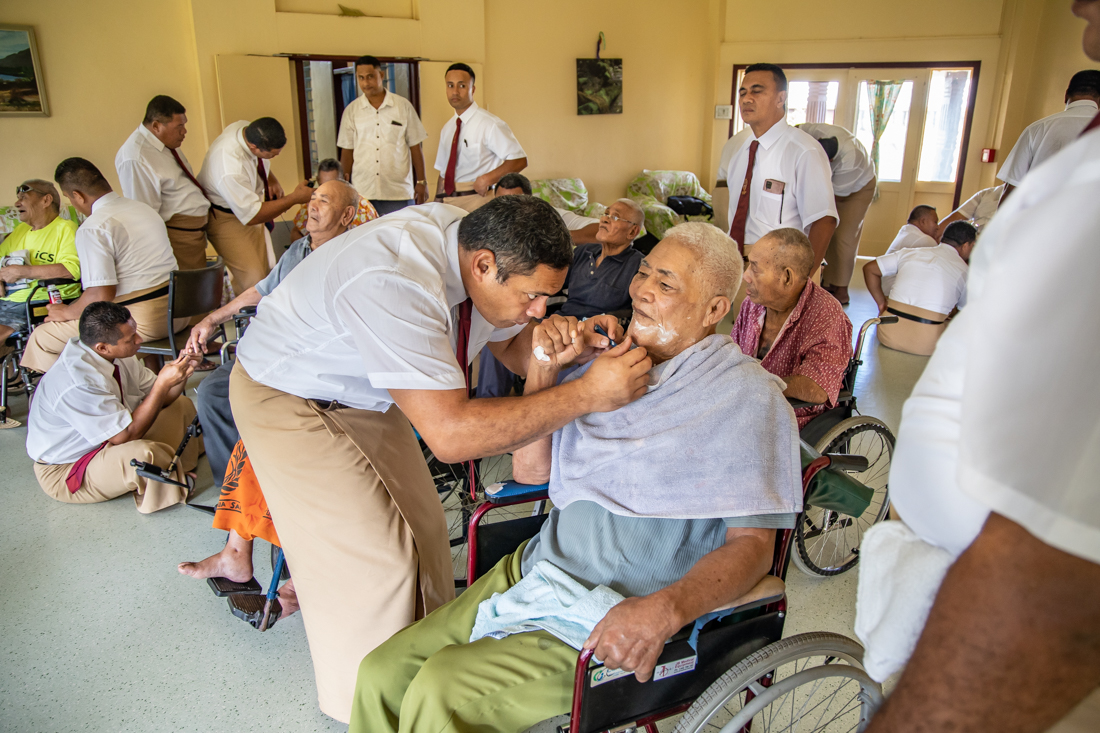 She looked on happily on Saturday as the Malua Theological Students had the opportunity to talk with the elderly and engage with them.

Sister Maria stated that one thing their Mother and founder always said was to make the elderly happy.

She noted the visit and the care and assistance the students gave the home's residents is a valuable hands-on experience that they can deploy when they return to their parish. 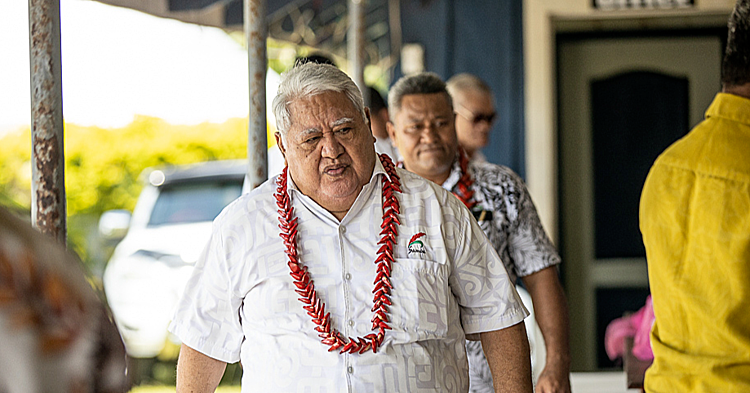