Human Rights Protection Party (H.R.P.P.) candidate, Tavu'i Asiata Tiafau and the village of Satupaitea has sought the endorsement of the Fa'atuatua i le Atua Samoa ua Tasi (F.A.S.T.) party ahead of this month's proposed election.

(A snap second election following the 9 April election poll was announced last month for 21 May. The decision by the Head of State to call a fresh election to break a 26-all tie between political parties is currently the subject of a Supreme Court legal challenge).

Tavu'i and at least eight elderly chiefs of Satupaitea met F.A.S.T. party officials at their office headquarters in Tuanaimato on Wednesday.

Tavu'i contested for the electoral seat of Satupaitea against another H.R.P.P. candidate and caretaker Minister of Public Enterprises, Lautafi Fio Purcell. (Lautafi claimed the seat with 502 votes while Tavui garnered 440).

During the meeting, the Satupaitea chiefs expressed regret on their failure to provide support for the Party for the General Election, saying contrary to their prior discussions with Tavu'i to run under the F.A.S.T. flag, Tavu'i had already made his choice to run under the flag of H.R.P.P. 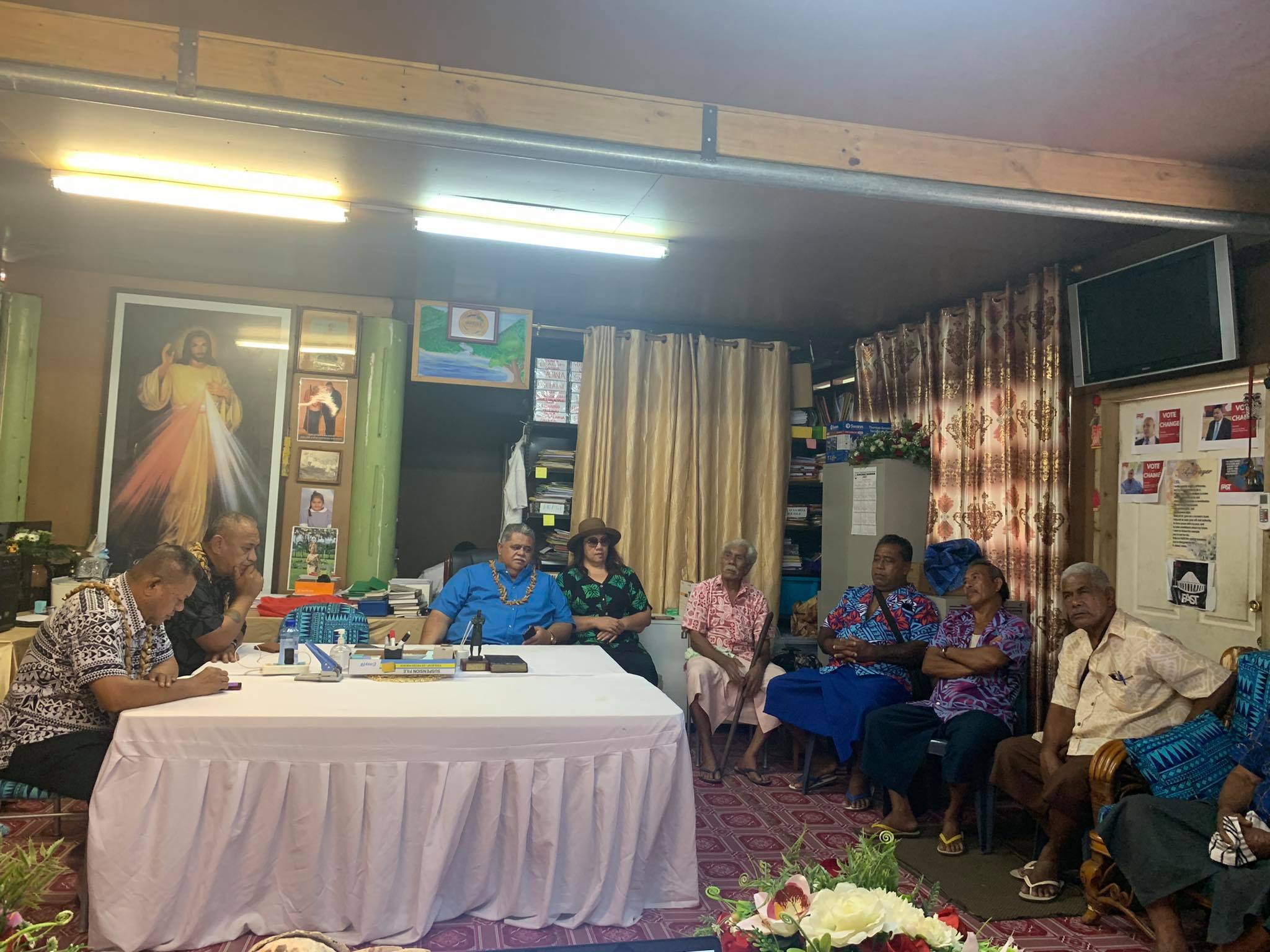 In response, Laauli assured that there were no hard feelings against the village, however, he expressed his disappointment on Tavui's failure to honour their agreement to run under the flag of F.A.S.T. for the April General Elections.

Though, Laauli thanked the village of Satupaitea for the meeting but explained that because Tavu'i has already been nominated as a candidate of the H.R.P.P., anti-party hopping laws prohibit him from joining F.A.S.T.

Speaking to the Samoa Observer following the meeting, Tavu'i said the decision to approach F.A.S.T. was long due.

"As soon as we were defeated on Friday [April 9]... but even if we won that Friday, I know we would have taken the same steps we took today," he said. 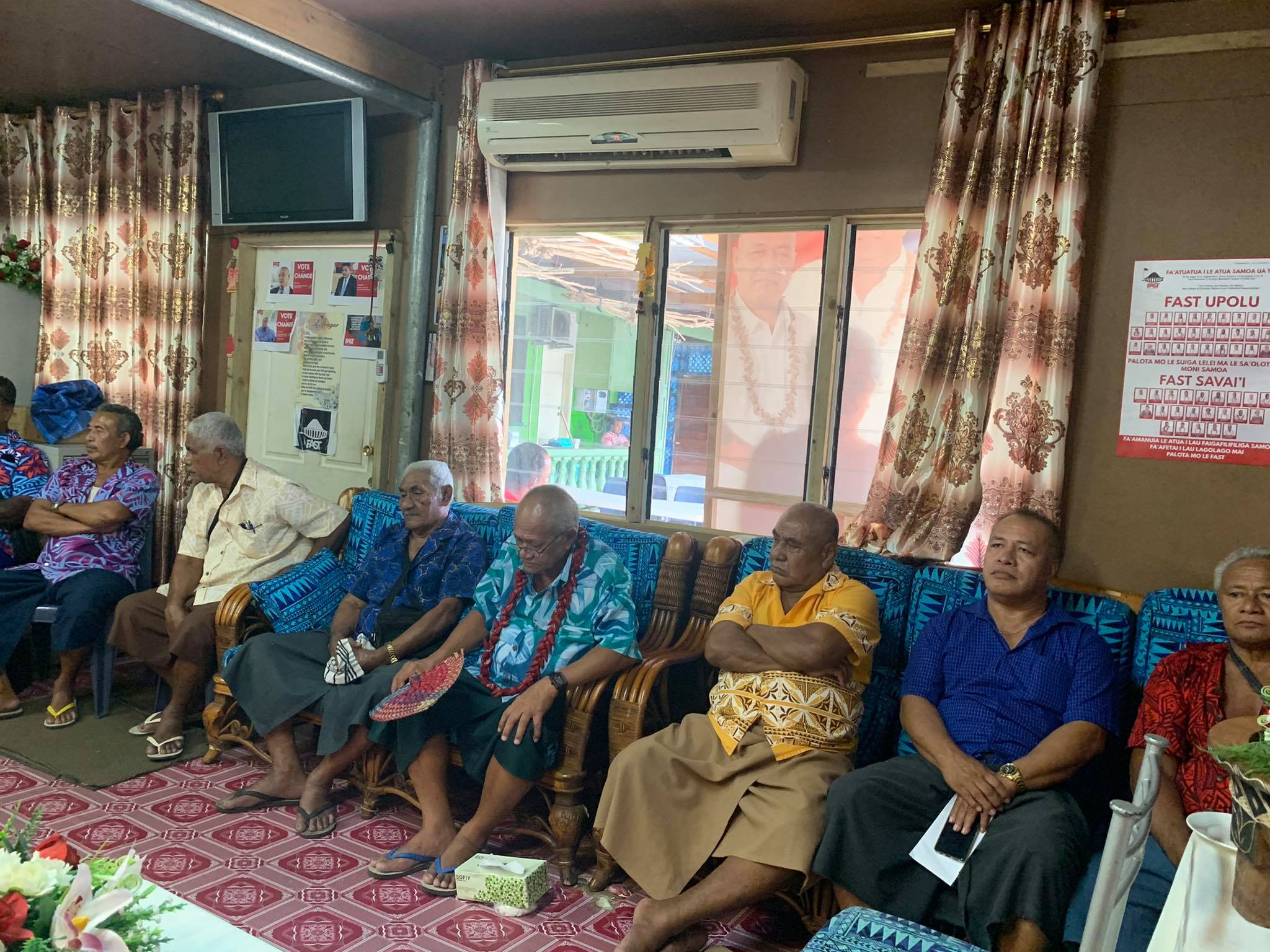 "After being nominated for the general election last year in October, by the time we had given it a good thought, we realised it was too late.

"That's another thing, the nomination of candidates was closed too early. But we intended to just run with it, even if we did win, we would try to find a way to join the F.A.S.T. party or vote in the way of F.A.S.T. if in Parliament."

Tavui clarified that should the fresh election take place, he will continue to run under the flag of the caretaker Government but will vote in the way of the F.A.S.T. party.

"I don't join any more H.R.P.P. gatherings since after the General Election as our village has advised me against it, they said the village is now with F.A.S.T., to support Laauli," he said.

"And now with the news of this second election, that's why we have come here to make our intentions known that we want to join."

It was not Tavui's first time running for a seat in Parliament.