As the saying goes, what’s good for Upolu is good for Savaii.

As mothers across Samoa prepared for their big Mother’s Day weekend, and salons in Apia on Saturday were overcrowded with women of all ages queuing to be made beautiful, a small barbershop on the western side of the big island was shuffling women in and out of their doors in one of the busiest weeks they’ve recorded all year.

Alongside his wife, Evelina Siaki, 30, Siaki told the Samoa Observer that their talent is from God and it is indeed their passion to make people look good.

“I opened by business in December 2019, four days before Christmas. I started with a wooden chair and a small mirror. Now I have two big mirrors and a proper chair that is comfortable for my clients,” he said.

“All my hair combs, clippers, razors, scissors and prep tools were bought from SSAB Megastore Togafuafua.

Laufale said that the Saturday of Mother’s Day weekend, they received over $900 from cutting, highlighting, ironing and straightening women’s hair, but from the start of the week to the end, the total amount they received was $2365.

“The beginning of my business was slow as people were not used to having a proper hair cut inside a shop, especially here at the end of Savaii. But I have other friends that know me well; know that I’m very good with hair cutting and those people went out and advertised my business. 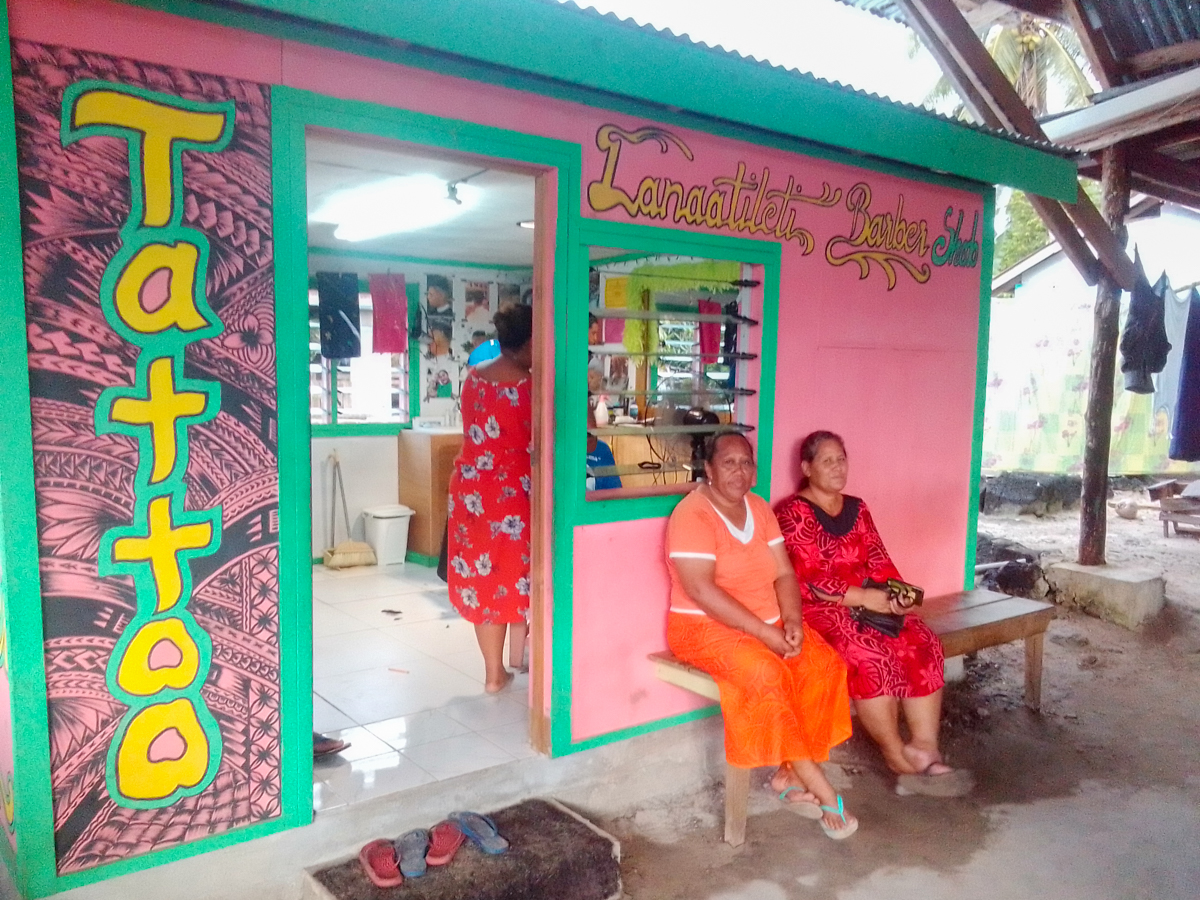 “They not only came here to support but went out and talked about it, when they were satisfied with my services."

The small business owner said a standard cut is $10, but Church Ministers are free of charge. For the fairer sex, he charges $120 for styling, colour and highlighting; trimming is $80 and cuts for children are $5.

“This is the only Barber Shop in this district and I have customers from Salega, Itu-o-Tane and Faasaleleaga as well,” said Laufale.

Lanaatileti is a mashup of his son’s name, his name and his brother-in-law’s name. Also a trained tattoo artist, Laufale said he was trained by an experience tattooist, Sua Lafaele from Safaatoa, Lefaga.

“Before I came back here to Savaii, I was working as a Tattooist with Sua for many years. So I remember there were more than ten (sogaimiti) I tattooed on males and more than 50 (malu) I tattooed on females,” said Laufale.

“Here in Savaii, I have done two male tattoos, and more than 20 female tattoos. That’s why I added tattoos on my barbershop sign board.

A foray in to ie lavalava design has provided extra income for Laufale and his family.

“I also designed some ie lavalava to get extra money, and it’s been going well since I began doing it from the beginning of this year.”

Laufale’s father-in-law, Tagaloa Puleleka, told the Samoa Observer that since his daughter and her husband, his children, have done well in their business, he planned to stayed home and support them.

“I worked for the past 40 years of my life and I am very grateful as I saw my children open their business, which was helpful. The majority of people that come here are Church Ministers with wives and kids, local preachers, teachers, nurses and school children. 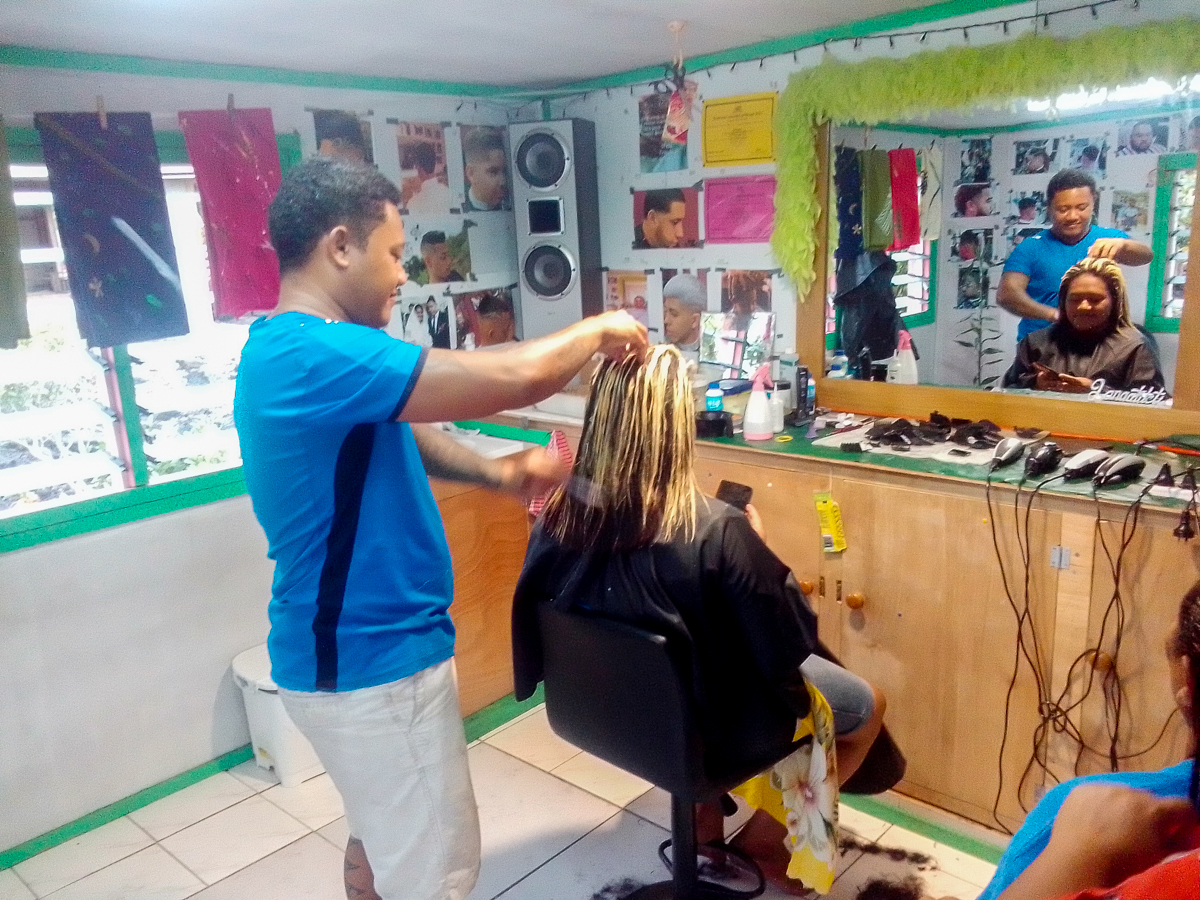 “Saturday is the busiest day and Evelina helps Siaki with hair trimming and highlighting. The lucky thing is, it’s the only Barber Shop in this part of the island and it makes it easy for people, rather than going to Salelologa to cut their hair.

“Siaki is a very good hair cutter; he’s very good at his job. People love to come here and I’m very proud of them. I plan to rest from work and offer them my support,” said Tagaloa.