Samoan and journalists across the Pacific marked World Press Freedom Day on Monday by calling for greater media standards and freedom across the region.

Now in its 24th year, the United Nations created day is an initiative to raise awareness about the obstacles that stand between journalists and the ability to freely report on the news.

The theme of this Monday's day was: “Information as a Public Good”.

The new head of the Journalists Association of (Western) Samoa, Lagi Keresoma said that there were plans for local recognition of the day through the month of May but noted that the theme was particularly relevant to the times.

"[It] can be celebrated [on] any dates within the month of May, so we have a few days to come up with something," Keresoma said.

"We still have issues that need to be addressed and one pressing issue is the accessibility to information.

"Information is of utmost importance now. Samoa may not be as badly affected as other countries, but still, information plays a big role in ensuring people understand the situation and know what [and] how to [do to] respond to the situation.

"I would like to see the media practitioners [and] journalists follow and practise the Code of Ethics and Code of Practice. these are the guides that guide our work, our neutrality and our stance independent media people or journalists."

On a regional level, Pacific Anti-Corruption Journalists Network (P.A.C.J.N.)  Coordinator and senior Fijian journalist, Samisoni Pareti, urged journalists to rely on their own independent reporting, without fear or favour and not just press conferences.

“Pacific journalists need stronger Right to Information legislation and whistleblower protection so their daily work can better target the diversion of state and private sector funds into corrupt hands,” he said.

“Our journalists have worked hard to get governments to host more regular media conferences during the onset of COVID so not only misinformation, but real procurement problems can be addressed quickly.” 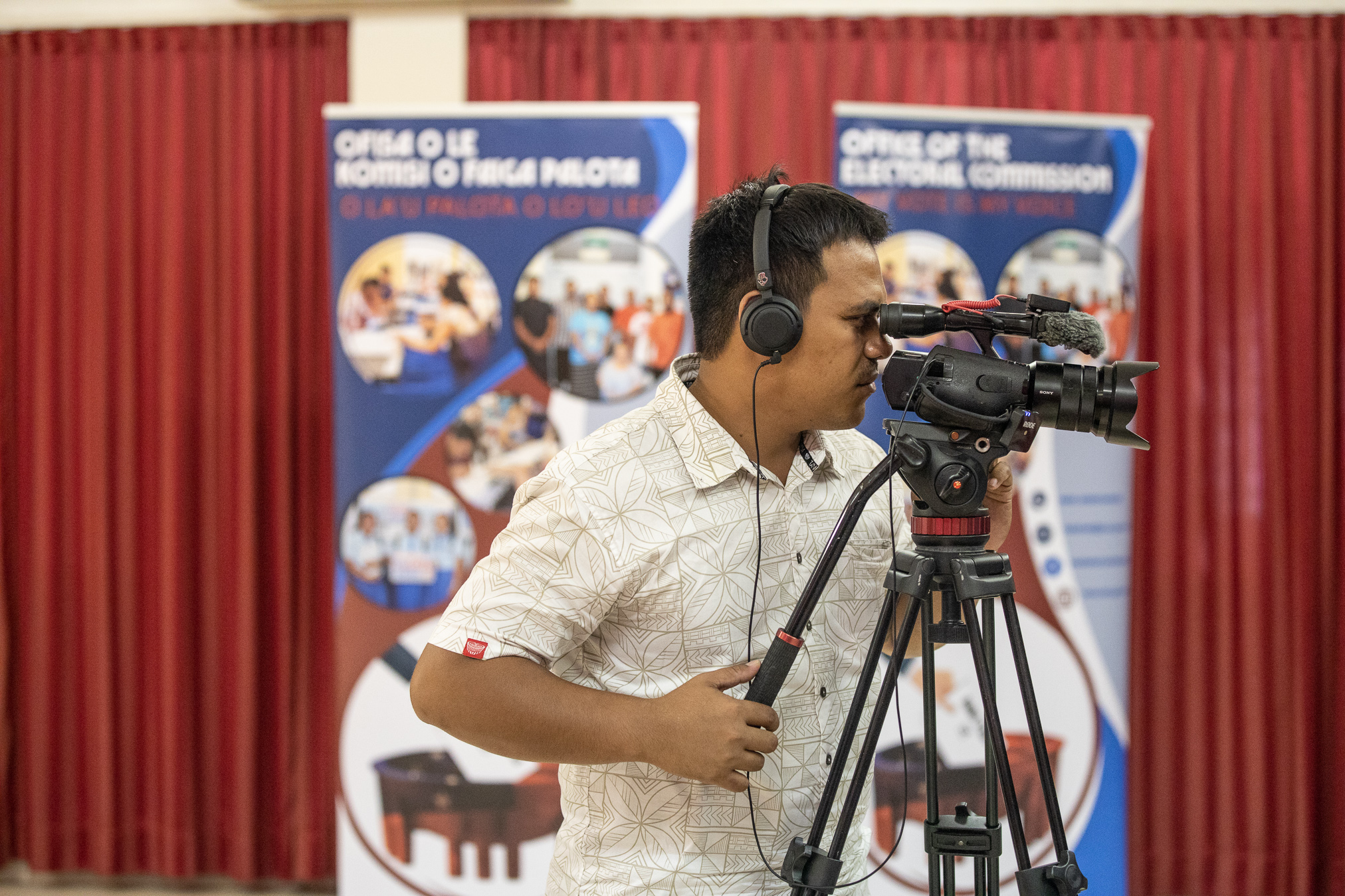 “But journalists need to be able to rely on their own independent reporting, without fear or favour, not just media conferences.”

The P.A.C.J.N. is calling for a regional Pacific commitment to boost media freedom and help increase reporting on activities at risk of corruption.

Mr. Pareti, who is based in Suva, welcomed the focus on media freedom on 3 May and called for a greater focus on how to implement that freedom.

In 2021 P.A.C.J.N. is delivering a media strengthening project for anti-corruption journalists in Pacific Island countries including Samoa.

The network's training sessions so far touched on the issues of anti-money laundering, whistleblowing, public reporting and health procurement.

The initiative from the P.A.C.J.N. is being delivered by the Pacific Islands News Association which is supported by the United Nations Pacific Regional Anti-Corruption Project.

It is a joint initiative by the U.N.O.D.C. and the U.N.D.P. supported by the Australian Government and the New Zealand Aid Programme.

The Samoa Meteorology Division has canceled the heavy rain advisory and the marine advisory.

The Samoa Law Society has defended the judiciary over what it described as “derogatory statements” that have questioned the independence and integrity of the Courts.

An educational awareness program was hosted by the Samoa Water Authority (S.W.A.) on Wednesday for colleges and schools on Upolu, under the theme “Be a water professional”.