Members of Government Ministries and the Private sector took part in First Aid training on Monday (Photo: Vaitogi A. Matafeo)

First aid training was held at the Samoa Red Cross headquarters on Monday for employees across Samoa's Government and private sector workforce.

Seventy participants were involved in the training which was co-ordinated by the Ministry of Commerce, Industry and Labour (M.C.I.L) with First Aid instruction carried out by members of the Samoa Red Cross Society. 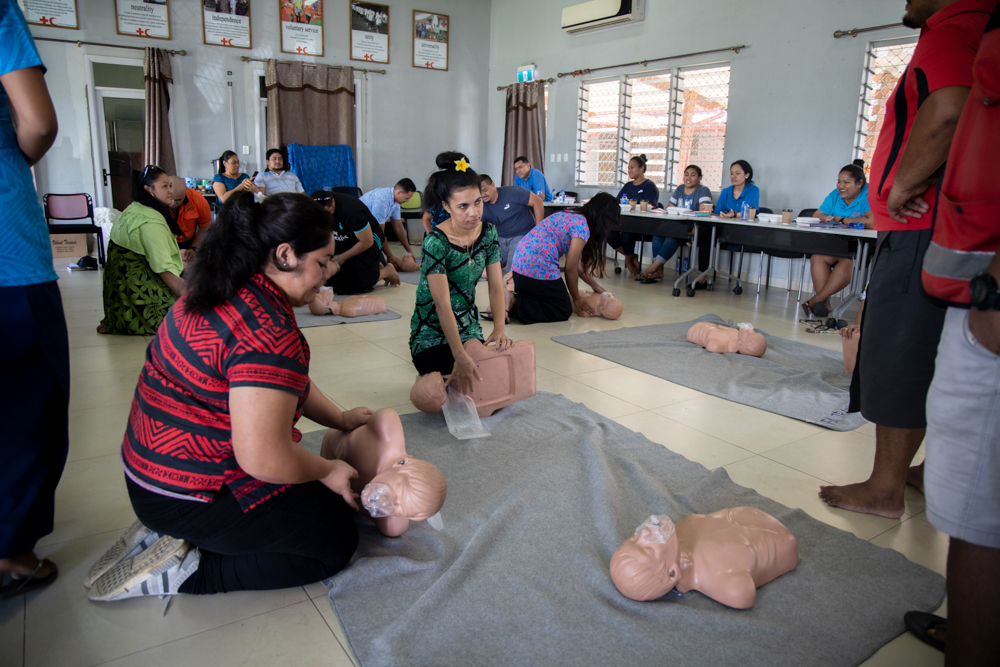 The Secretary-General of the Samoa Red Cross Society, Namulauulu Tautala Mauala told the Samoa Observer on Monday that the First aid training is an ongoing activity that they undertake almost every day. 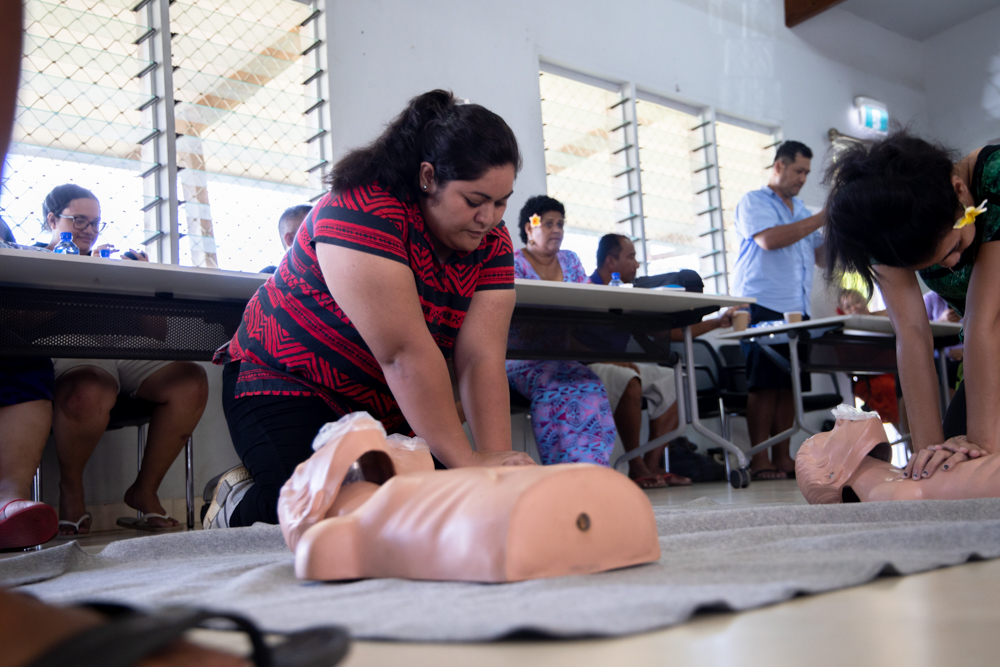 She stated that by law they are the leading first aid trainers, which means that they have to be proactive to ensure that first aid training is provided and can reach out to the remotest household. 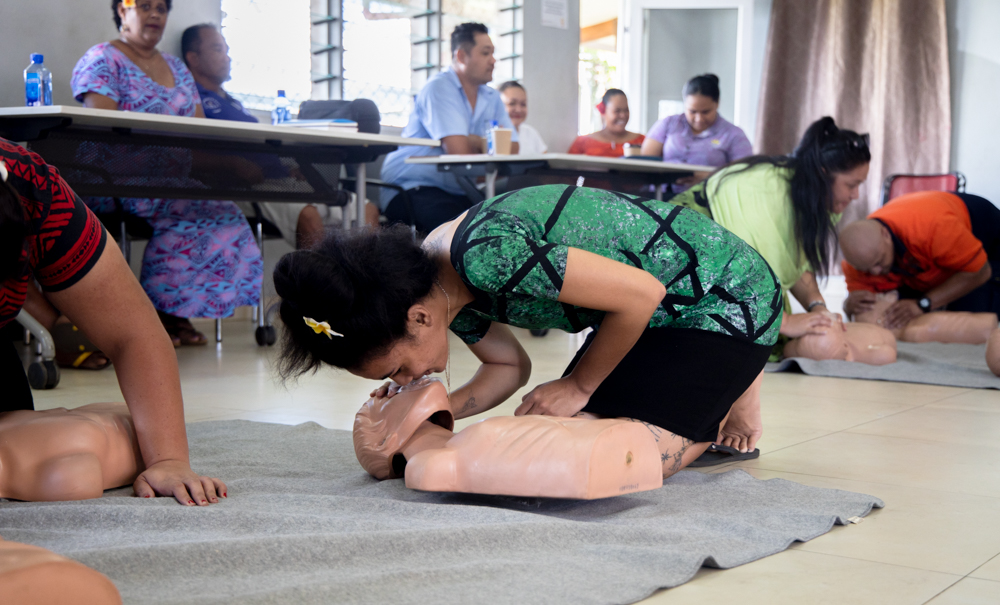 According to Namulauulu, there is an occupational health and safety act which also demands all workers are trained on First Aid. 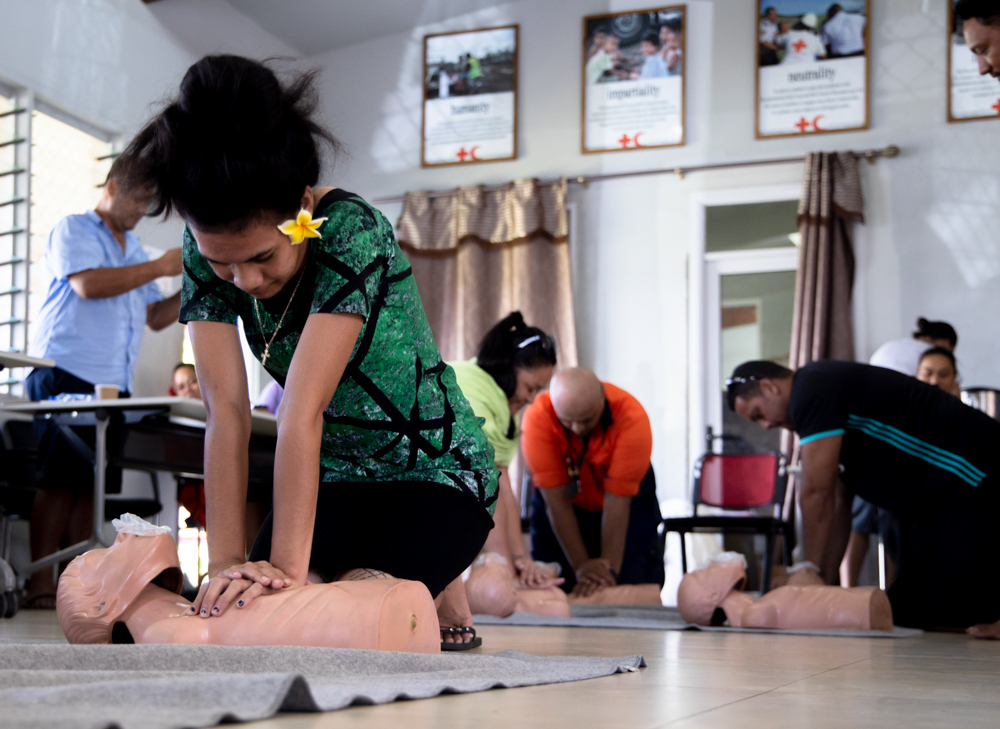 "And this is what this training is about. It's actually the M.C.I.L that's coordinating the workforce, the Government workforce and I’m sure there’s also some from the other organisations, to get trained, not only to comply with law but to ensure that there's safety among all the workplaces" she said. 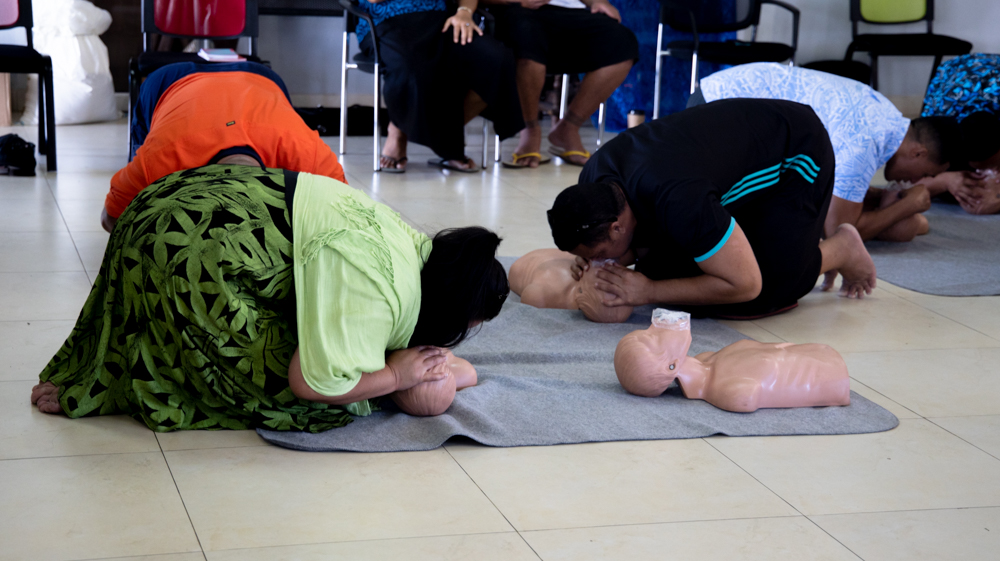 The Assistant Chief Executive Officer (A.C.E.O) of M.C.I.L, Albert Meredith told the Samoa Observer in an interview that the training is part of their celebrations for occupational safety and health day. 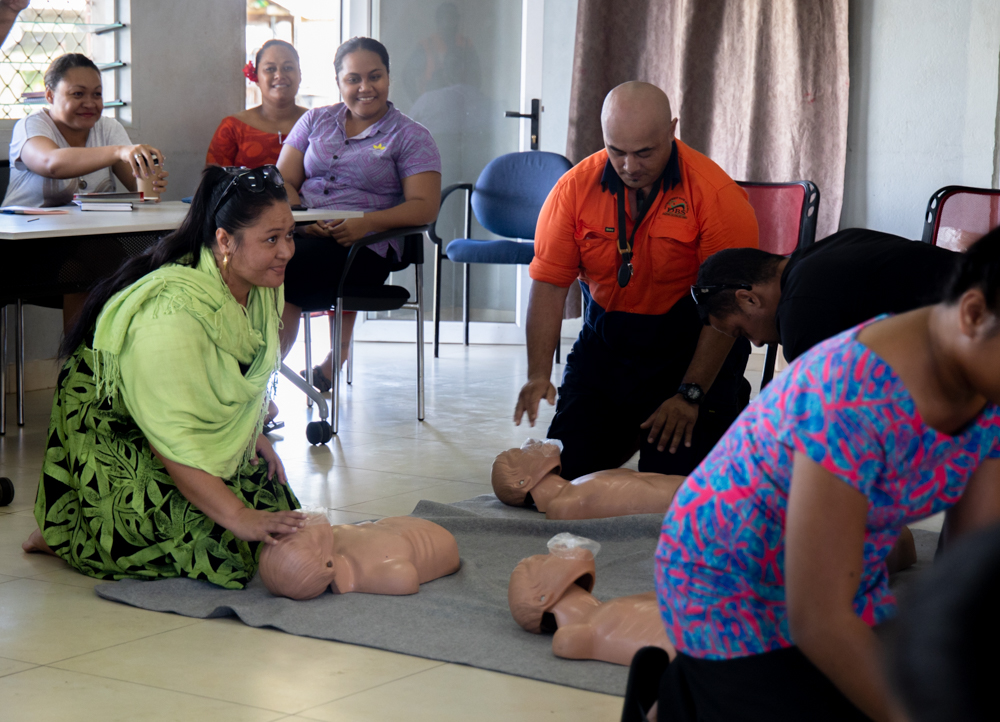 "So it's an annual worldwide event, just to commemorate safety and health in the workplace and also push forward that thinking of employees and employers to prioritise safety," Mr. Meredith said.

He stated that they are trying to get that within the minds of the workers and they have invited representatives of the private sector, ministries and also state-owned enterprises. 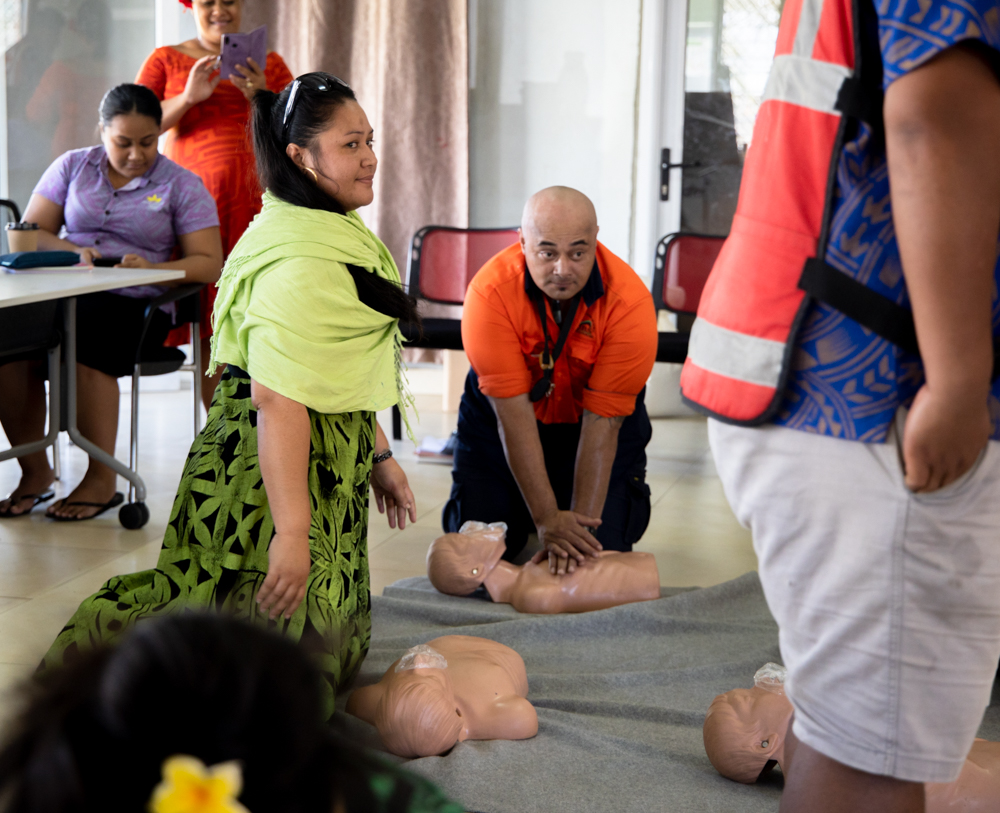 "Just to get that message for them to prioritise safety in whatever work they are doing, because we all know that work it varies in terms of the risk that employees are encountering on a day-to-day basis," he said.

He is of the view that there is a need to prioritise safety so people are always mindful of what they are doing.

"So I guess that's why we chose to go with first aid training, because it's all about responding to something that's happened to the workplace whether it's an accident and having that skill or that capacity to respond immediately, so that's part of why we wanted to include this activity," he said.

According to the A.C.E.O., they conducted a similar training two years ago and Monday's training is a follow up because of the demand on display at the previous training session. 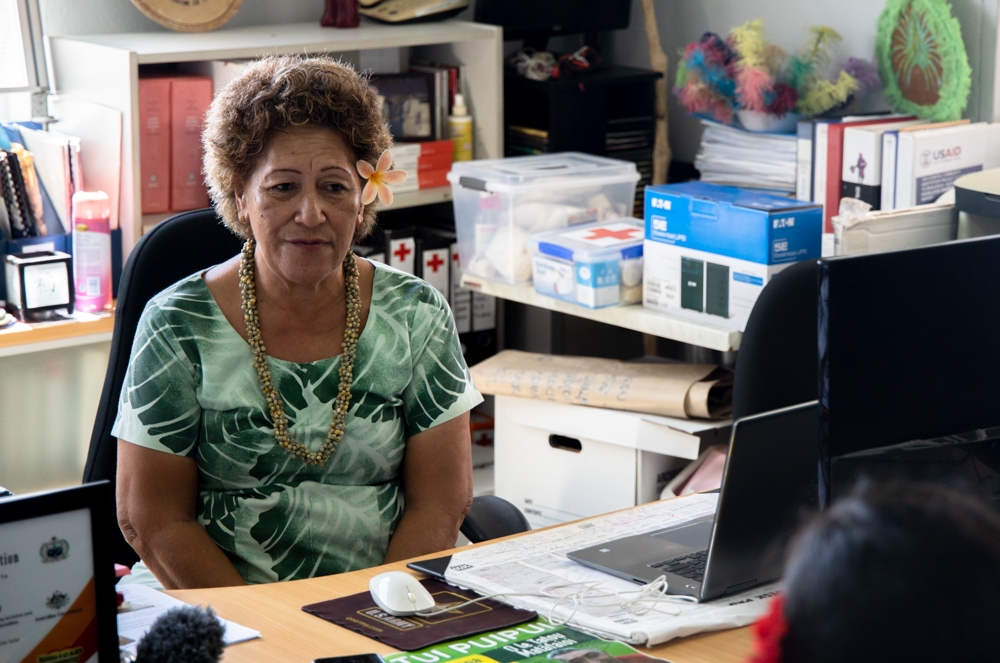 Due to funding issues, it cannot be held every year but he gave thanks to the sponsor International Labour Organisation (I.L.O), which enabled them to deliver this training.

He said one of the main objectives is to establish advocates so that, upon their return to their organisations, they can take the health and safety messages back and continue the work. 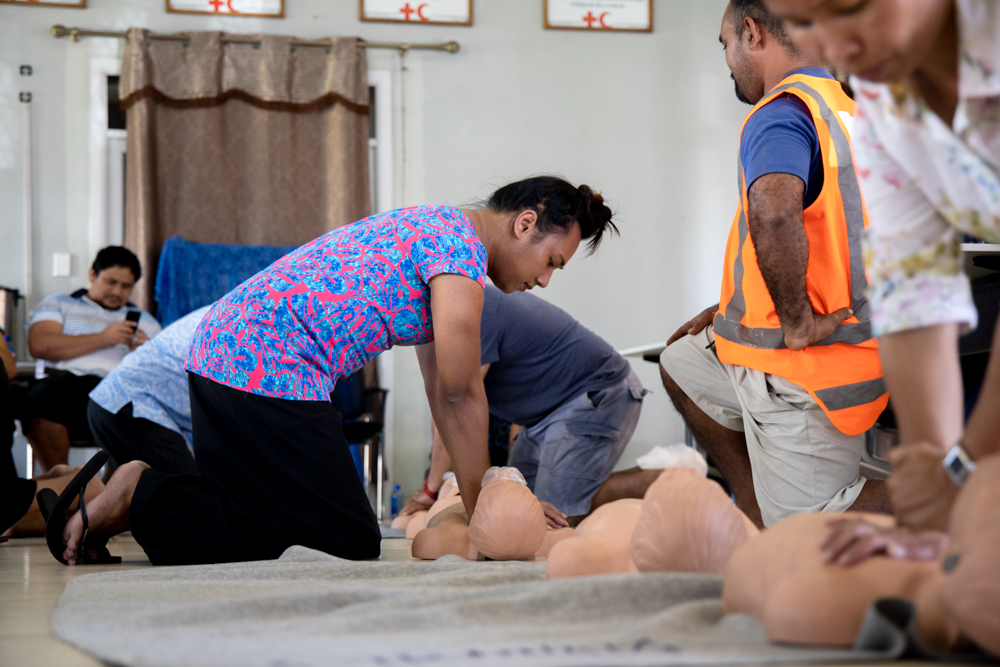 Mr. Meredith wants people to take up the initiative and take safety as a part of their annual planning.