In late March this year, while Japan was preparing for its vernal season and world-famous cherry blossoms, Richard Crichton received his Doctorate Degree from The University of Tokyo.

He was born in Samoa to Ollie and Sharon Crichton of Leifiifi. 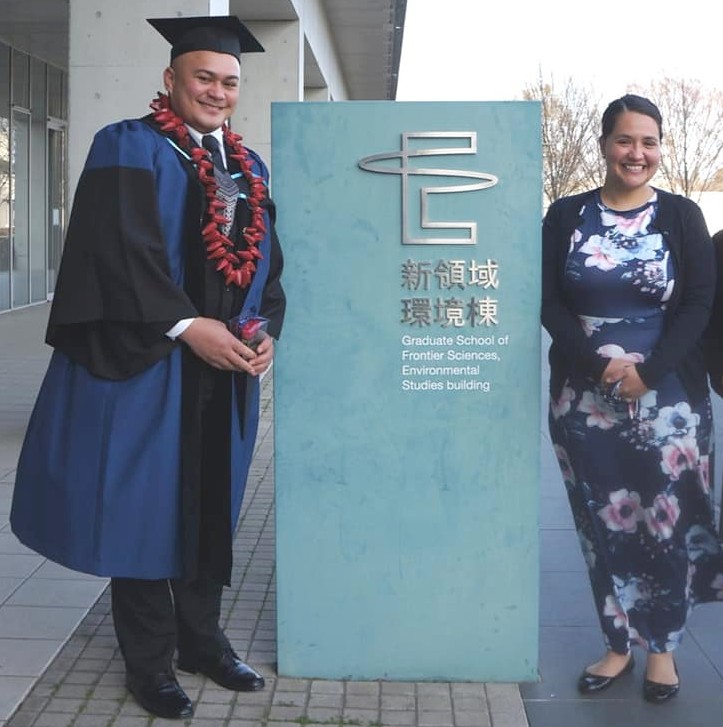 He focussed his research on Samoa and other countries in the Asia-Pacific region such as the Philippines, Vietnam and Japan. 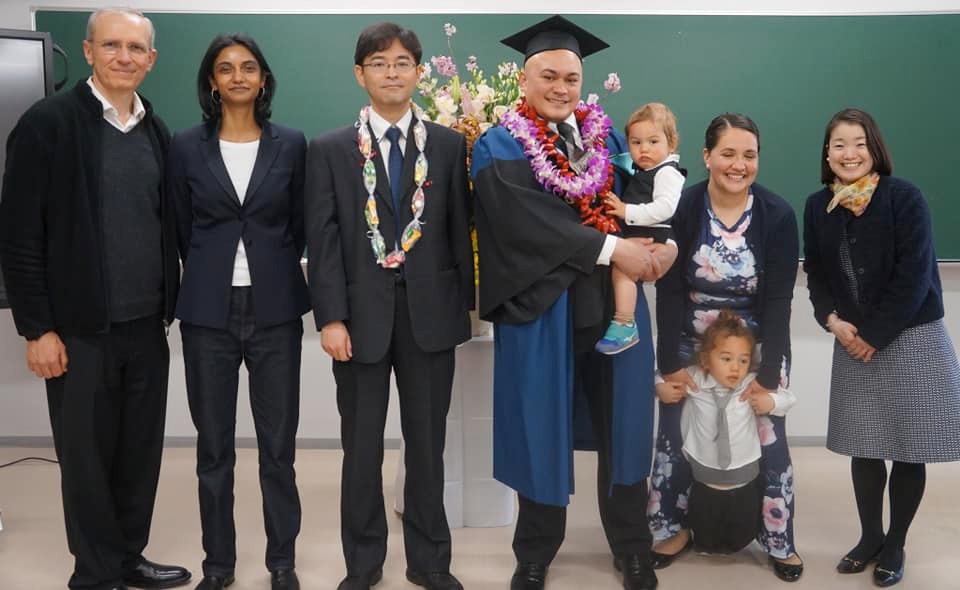 His doctorate thesis is titled “Adaptation to Sea-Level Rise for Coastal Rural Island Communities: A Case Study from the Samoan Islands.”

“I wanted a degree in climate change and sustainable development, so when I first learned of the G.P.S.S.-G.L.I. Sustainability Science Programme, I was determined to be part of it, and I was always wondering what it would be like to live is the world’s biggest city,” he said.

Furthermore, after being the successful recipient of a Monbukagakusho (MEXT) scholarship, funded by the Government of Japan, The University of Tokyo was his first choice.

The 38-year-old also said that he was lucky enough to secure a highly sought-after spot in the programme, from such a competitive institution.

The programme is one of the leading, pioneer programmes in sustainability science in the world today.

He also graduated from the same programme in March 2018 with a Masters in Sustainability Science and was awarded the Top Graduate Award during the graduation ceremony.

In 2015, he married his wife Rachel, whom he met while completing his Postgraduate Diploma in Climate Change from the Pacific Centre for Environment and Sustainable Development (PaCE-SD) at the University of the South Pacific (U.S.P.).

During his three-year tenure as a doctoral student, they had two sons, both born in Japan.

Mr. Crichton is the first generation of his family to complete a PhD degree and hopes to inspire more Samoans to pursue higher education where possible.

He is an alumnus of the University of the South Pacific (USP), Brigham Young University – Hawaii (BYU-H), and LDS Pesega College, and a member of The Church of Jesus Christ of Latter-Day Saints.

Dr. Crichton also acknowledged the people of Japan, the Government of Japan, especially MEXT for the opportunity and the Government of Samoa, in particular the Ministries that assisted in his research, and the villages of Lelepa, Fagamalo, Satoalepai, Siumu, Falelatai, Lefaga, Salamumu and Aleipata.

“I am deeply grateful to my Heavenly Father for his constant guidance throughout my academic journey. I would not be able to do this without Him.

“I also want to thank my family, my wife, my kids, my supervisors Professor Esteban and Associate Professor Onuki, and friends for their continuous support and faith in me.

“I was always emulous of such academic achievers with PhDs, and hopefully with this accomplishment I can better serve the people of Samoa, and the Pacific”.

He also has plans to returning to Samoa to use his knowledge to make a difference in his home country.

The Fa’atuatua i le Atua Samoa ua Tasi (F.A.S.T.) treasurer, Leatinuu Wayne Fong has hit back at criticisms by their rivals in regards to the party seeking funds for legal fees, saying it is none of their concern.