The course has over 10 participants and is run by trainers Gabrielle Apelu and Lagi Keresoma on behalf of the Women in News and Sport Programme (W.I.N.S.).

The W.I.N.S. initiative is a training and mentoring programme that provides female journalists in the Pacific and Asia with the tools to carve out a career in the male-dominated world of sports media.

It is run by the Australian Broadcasting Corporation’s (A.B.C.) International Development Unit and funded by Australia’s Department of Foreign Affairs and Trade. 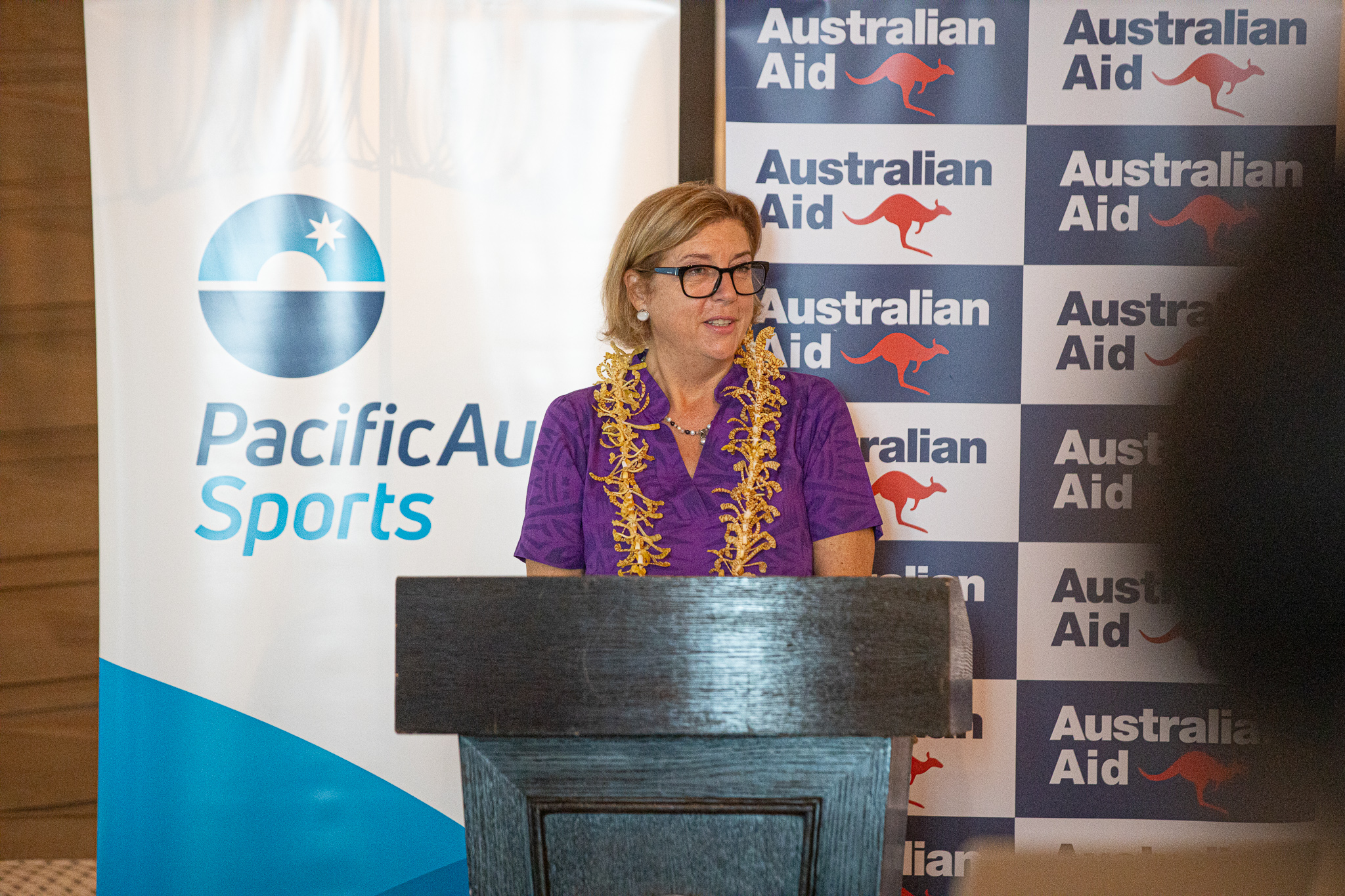 The two day course will be an exciting opportunity to reinforce and share knowledge and skill on how we can provide amazing stories on our sports and chosen fields through our mobile devices.

Ms. Moriarty said that the workshop is focused on mobile storytelling – a W.I.N.S. first initiative for the year.

“W.I.N.S. is a unique programme in the region that addresses the challenges faced by women in sports media by building their capability and confidence,” she said. 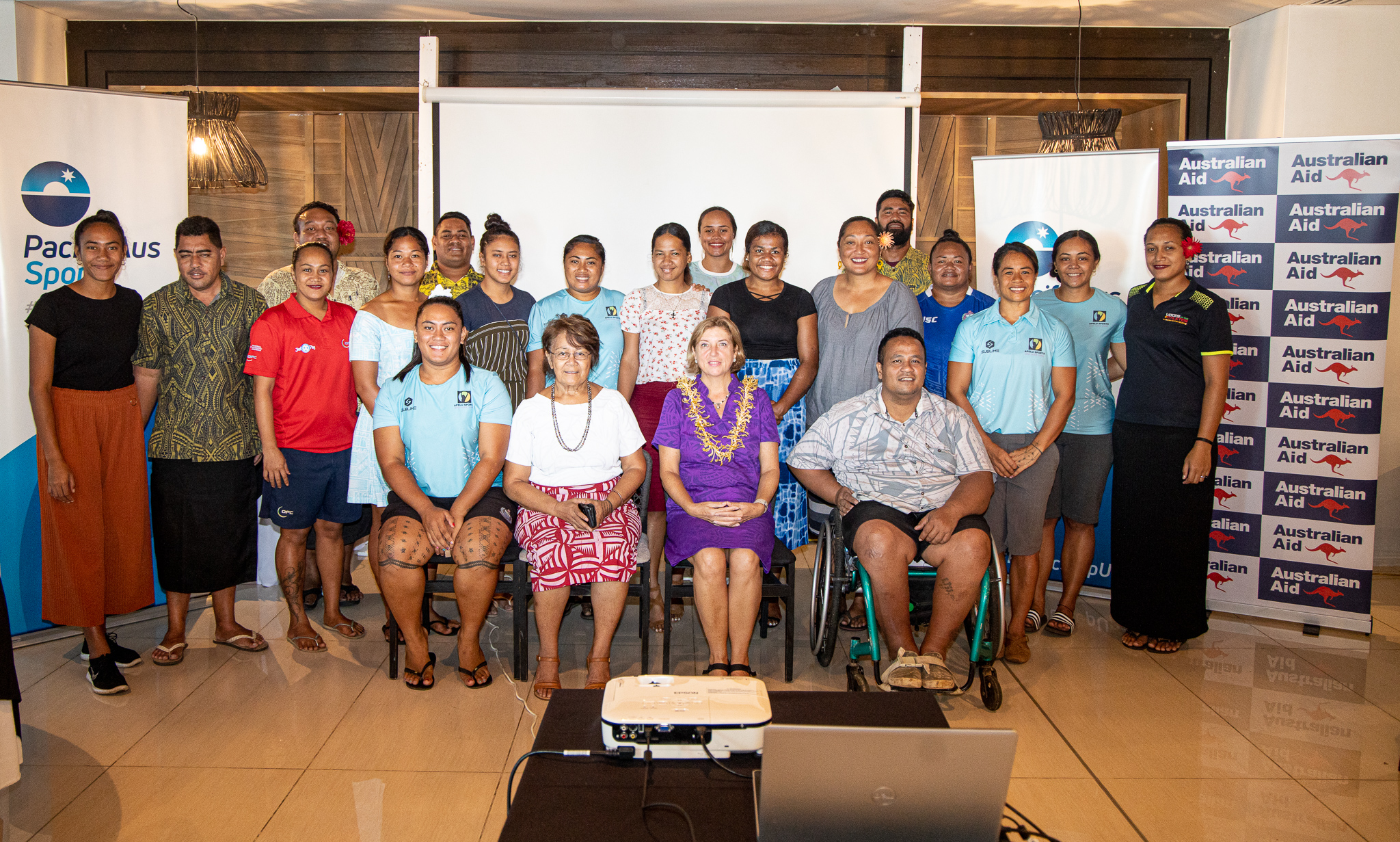 She also added that it is one of the few programmes in the Asia-Pacific that addresses gender inequality in sports and sports media.

“Currently in its third phase, W.I.N.S. is run by the A.B.C.’s International Development unit. The programme is now under the Team Up umbrella funded through Australia’s Department of Foreign Affairs and Trade.

“It is great to see some of our Team Up Sports partners involved in the workshop. Since 2016, W.I.N.S. has helped transform the careers of women of all ages and levels of experience, and this in turn has led to media organisations around the Pacific providing increased opportunities for women journalists and presenters to report on sport.

“The W.I.N.S. programme has delivered a wide range of activities in the region with more than 130 women participants. W.I.N.S. has helped integrate and mainstream female voices in sports reporting across the region through face-to-face and online training.”

The Australian High Commissioner added that the programme provides skills training and industry knowledge; improves multi-platform content creation (with a special focus on women’s sport) and networks with other women in media and sport.

They were two of the six-woman journalist team whose podcast series that was released in the lead up to the Pacific Games hosted here in Samoa placed as a finalist in the New York Festival Radio Awards 2020.

“In April last year, I remember Lagi, how you had commented on your newly acquired skills that you gained through the workshop and how it has helped you with content production for Samoan Radio in Melbourne.

“During the Pacific Games, the High Commission supported two ni-Vanuatu WINS Alumni, Melissa Velvet and Margaret Kuras, to travel to Samoa to work with the Pacific Games News Service.  I had the pleasure of meeting them both trackside at Apia Park.

“This was a great example of the regional collaboration fostered by WINS, as the opportunity enabled Melissa and Margaret to share their experience reporting on the Vanuatu 2017 Pacific Mini Games with their Samoan counterparts.”

Furthermore, she said that they have seen that one of the challenges of developing women in sports media in Samoa is that few media outlets have the luxury of having dedicated sports reporters.

“However, we hope that the increasing popularity of women in sport – such as the Marist 7s adding female competitions – will encourage more women to get into sports media to help share the stories female athletes performing at the top of their game.

“I hope that at the conclusion of this two day workshop you will have gained the skills necessary to produce mobile content pieces that contribute to the public discussion about gender equality – adding your voice and work alongside sports journalists from around the Pacific.”