The aircraft with over 20,000 vials of the vaccine arrived at the Faleolo International Airport at around 1pm on Friday as the country went to the polls in the 2021 General Election. 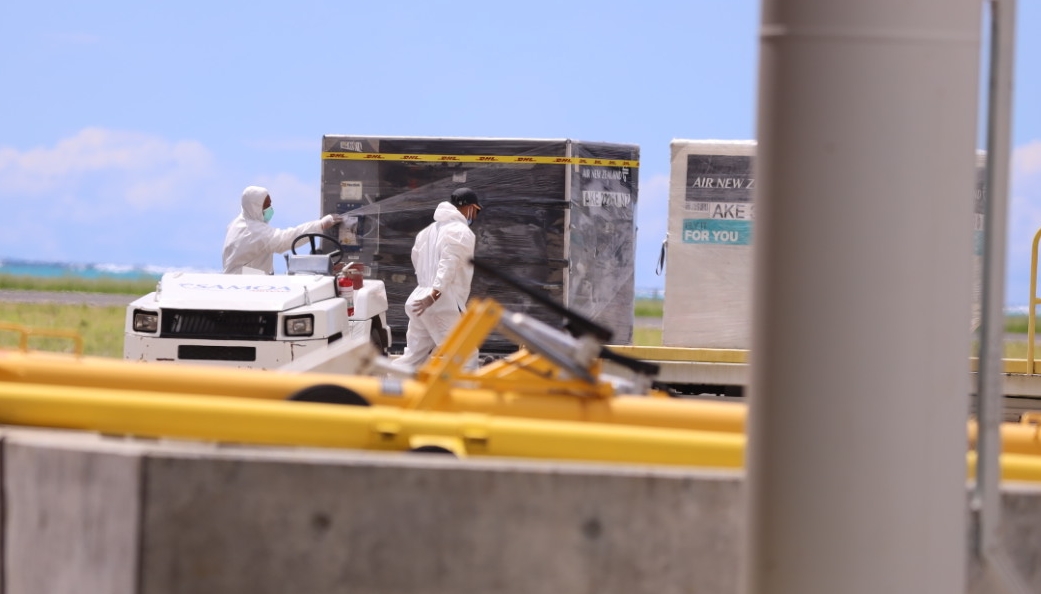 Interim Chair of the National Emergency Operations Centre, Agafili Shem Leo announced that the COVID-19 vaccines will arrive in Samoa at 1pm on Friday in a message posted on the Government of Samoa’s Facebook page on Friday morning.

The Samoa Observer saw ground staff at the airport after 1pm move a large box that was packed in black stretch wrap on the luggage conveyor belt from the cargo bay of the Boeing 757 aircraft. 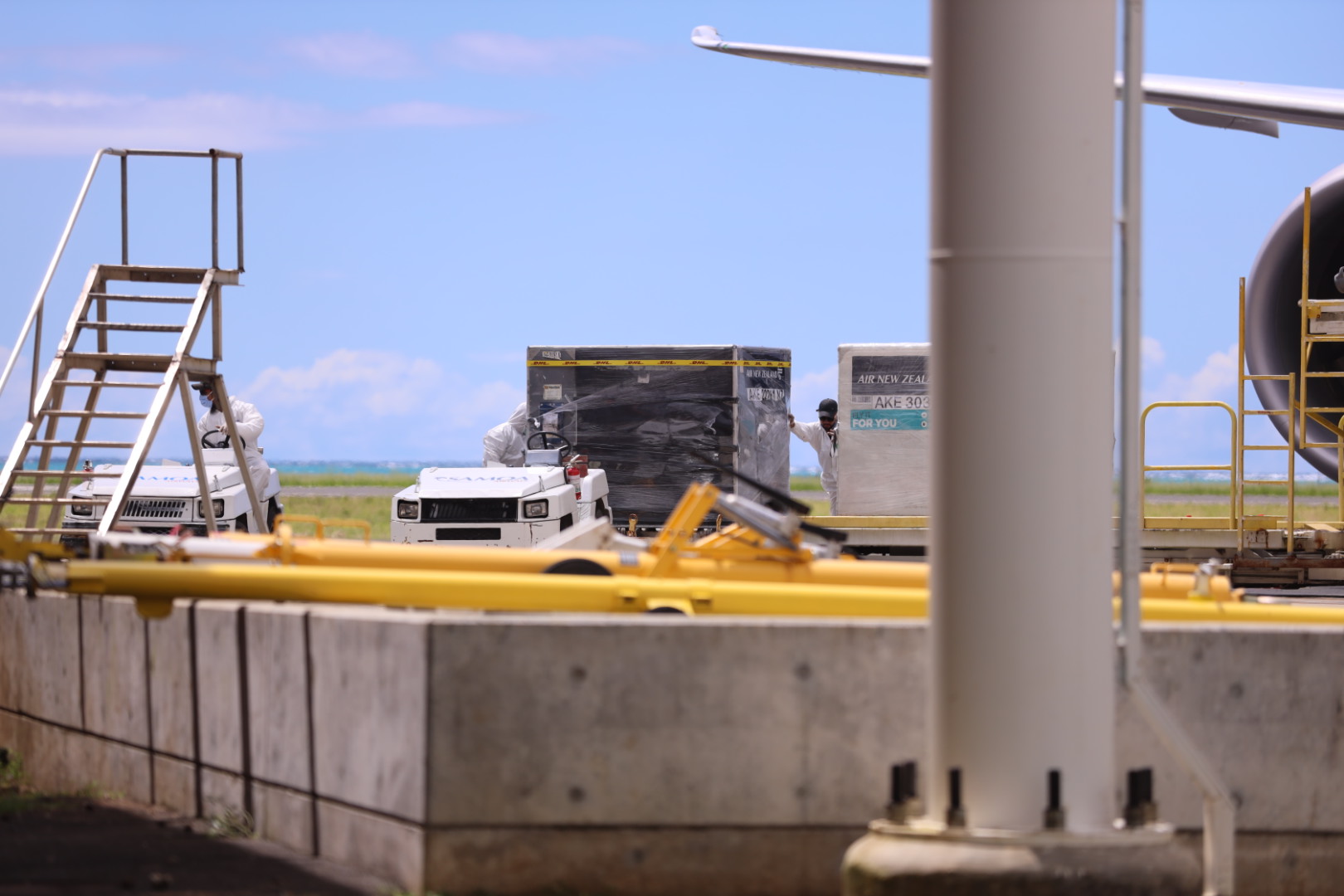 It is believed the coronavirus vaccine is sourced under the World Health Organisation -supervised COVAX facility.

Agafili had earlier said that upon the vaccine’s arrival the Ministry of Health led by Director General Leausa Dr. Take Naseri will begin preparations for their rollout, initially targeting frontline workers.

“A prayer service will be held on Monday next week to officially mark the arrival of the vaccines and to thank God for his protection upon us that up till now we are well protected," added Agafili. 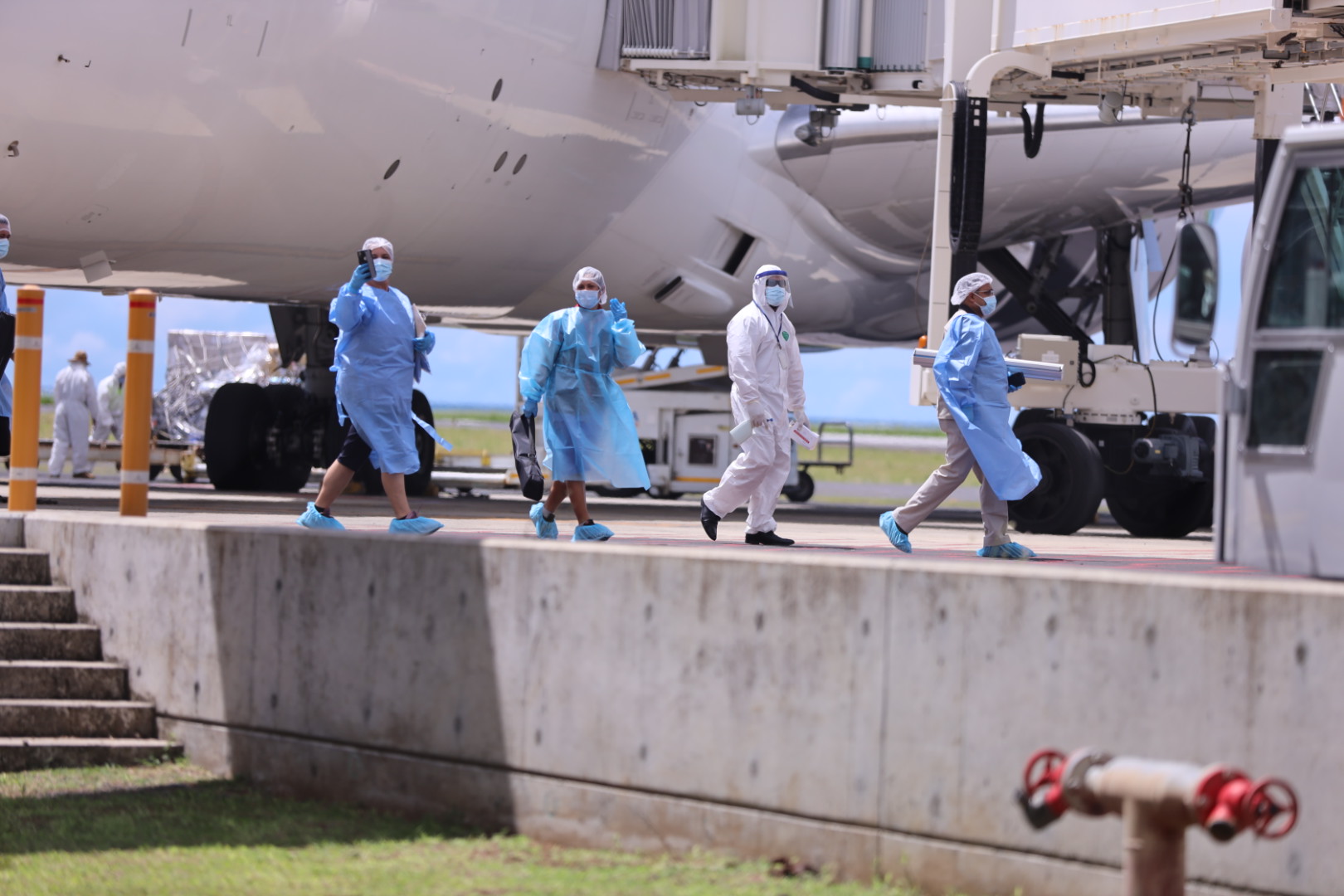 He said health workers such as doctors and nurses will be vaccinated first followed by frontline workers before the wider population aged 18 and above.

In a recent interview on radio 2AP, Agafili and Leausa said Samoa was one of the first states in the region to request vaccines under the global vaccine facility. 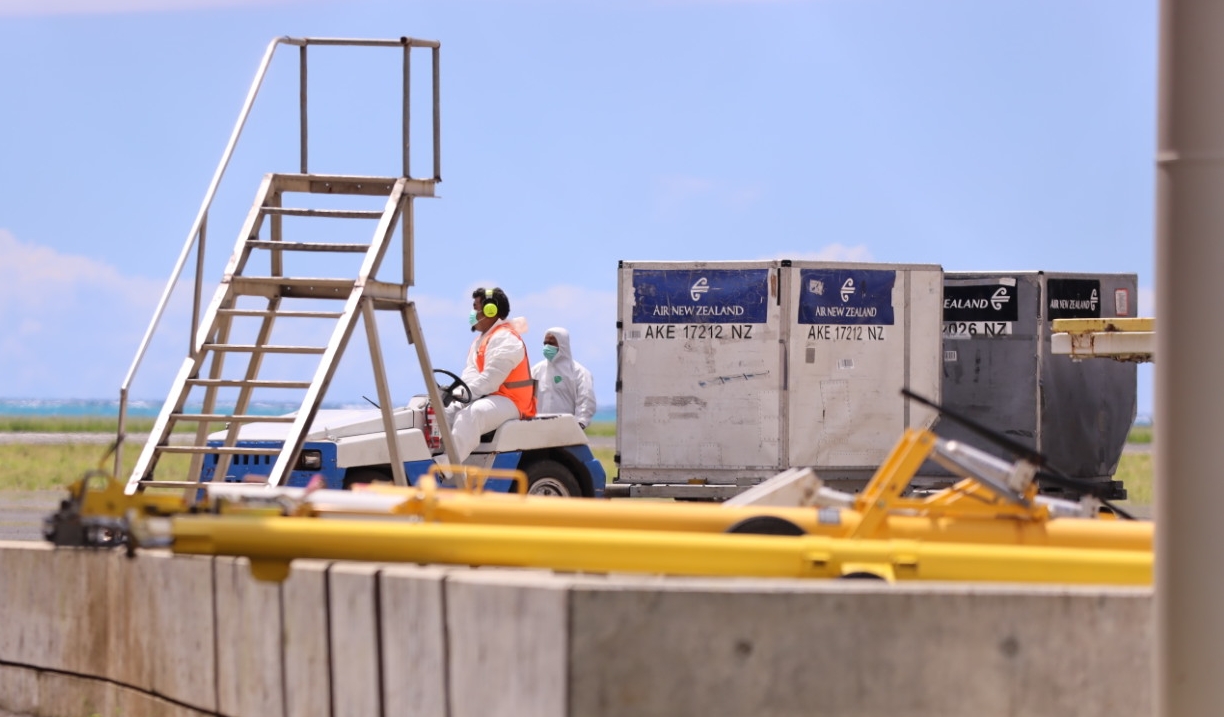 “Samoa will get their own share [of the COVID-19 vaccine], it is important to note that the public must be well informed of our preparations instead of being shocked or panic upon the vaccine's arrival into the country and in terms of its distribution.

“When the vaccines arrive, we will start vaccinating people. We do not want our people to be suspicious and make the job of our vaccinators hard."

The UNICEF in a statement issued on its official Facebook page at 4pm (Samoa Time) confirmed that the vaccines were sourced through the COVAX facility.

"Congratulations to the government and the people of Samoa on receiving the COVID-19 vaccines through the #COVAX Facility! UNICEF is proud and grateful to be part of this truly global effort."