Performers at the Magic Circus of Samoa have rejected claims from the leader of the Fa'atuatua i le Atua Samoa ua Tasi (F.A.S.T.) party, that their show was "demonic, evil, and inappropriate."

But the local circus performers also declined to be drawn into a dispute between the opposition party leader La'auli Leuatea Schmidt, and the circus' Ringmaster, Tupa'i Bruno Loyale.

Laauli’s criticism of the circus prompted Tupa'i to write an open letter to the party leader. (La'auli has alleged that the circus had occupied his land without asking, forcing him to move to evict them.)

Bruno Lionheart Loyale, the son of the Magic Circus of Samoa owner, said he was saddened by criticism after the circus worked so hard to perfect their acts.

"This show is very important not only because I am the son of the owner of the Magic Circus of Samoa, but because I love to perform," the younger Loyale told the Samoa Observer.

"I love how the shows bring some kind of enjoyment for the people and how it makes people laugh and have a good time with their families.

"It is important to us because we get to employ some of the very passionate and talented circus artists and it gives them the platform to not only get money for their families but also to showcase their talents and passions on stage.

"We have been carrying not just the name of Samoa but also the flag of the country so I don't see anything bad about our shows.

"I mean there are some dangerous acts but we (the performers) practice so hard to get it right and make sure we don't mess up in front of the audience."

"So the importance of the show is just to make people laugh and their smiles inspire us to keep doing what we do,” he said.

"I always get nervous every time I am on stage, but the way to do it is to ignore that nervousness and just stay focused on your act just like how you practiced."

Another circus artist, Tara Kome Va'a, who has been performing at the Magic Circus of Samoa for ten years, said she was grateful to still have the opportunity to work and earn money during an economic downturn.

The 25-year-old says each day at the circus is a learning opportunity.

"I love being part of the magic circus of Samoa because I get to learn new things and new tricks every day. It has been an adventure for me since I started performing at the circus,” she said.

"It has taken me around the world and I got to see new cultures and meet new people. I also love the fact that I get to work every day and earn money for my family.

"I am proud to become a circus artist, although I get nervous every time I am on stage because I never want to make any mistake in front of a lot of people.

"I always push myself to work hard every day to bring smiles to people's faces and to make my country proud."

When asked about about La’auli’s "black magic" characterisation she vehemently denied there were any anti-Christian or demonic elements in the circus.

"The secret is we practice every single day and that's what we do before any show,” she said.

"We practice the whole day so that when it's showtime, our acts are ready to entertain the people. 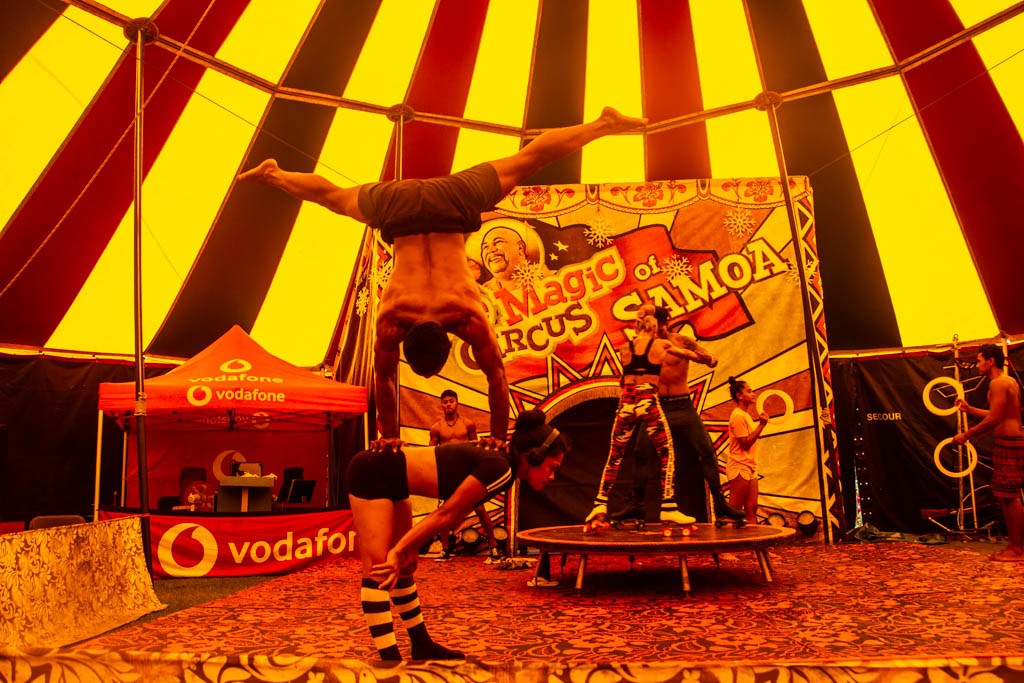 "Life in the circus is like being in school. You learn new things every day and if you do well, you become successful.

"Every day you work hard and keep pushing yourself so you can become better than you were the day before. It has built my confidence

"It has been ten years since I joined the circus and it has been a pleasure being a part of a team who are passionate about what they do with hearts that are set on making people happy and bringing laughter to our people.

"It's not easy, just like anything in this life. But the key is to never give up and just focus on improving every single day."

"First and foremost, the importance to me of being a part of the Magic Circus of Samoa is that I get to earn money for my family here in Samoa.

"Not once did I ever regret joining and being a part of the show because I have learned so much.

"My talent has developed over the years as a performer and I love what I do, mainly because I get to entertain people and bring smiles to their faces,” he said.

"We decided to go out and visit all the different villages in the country because usually we are based in Upolu and the people from Savai'i and the other villages never get the opportunity to come to see our shows.

"So we welcomed the initiative by Tupa'i and we are so happy and grateful that we still get to work even with this global pandemic, and that we still have the opportunity to showcase our talents to our people.

"What really makes me happy is the opportunity to perform live in front of my parents, families, and friends in Savai'i. It was such an honor to perform in front of them and I poured my heart out, performing in front of my families so they can be proud of me."

Mr. Faranisisi is grateful that their circus is still open unlike others around the world.

"We are fortunate because we still get to work and earn money for our families,” he said.

"It's sad to hear that some people think we are performing black magic in this show but that's not the case.

"We work hard and practice from Monday to Saturday just to get better.

"I am a passionate performer and every time I am on stage, the only thing on my mind is to make sure I do well to entertain the audience.

"Life in the circus is not easy, but we understand that you will not get anything in this life if you don't work hard.

"We all have different callings from God, and that's what makes us the same. Not all of us are destined to work in an office and sit behind a laptop or computer.

"Some of us have God-given talents and that's how we make money.

"I love the show and I am grateful to Tupa'i and his dedication because it has given us the platform to not only develop and grow our talents solely for entertaining our people but also it is how we earn a living.

"This show has taken me across the world to countries I never thought I would travel to. I have also received a lot of blessings through this show and have been granted so many opportunities to perform for other circuses across the world.

"I also won Samoa's Got Talent because of the skills and talents that I had learned from my time here at the Magic Circus of Samoa."

The Magic Circus of Samoa is concluding their Savai'i tour and is now at Vaito'omuli, Palauli. 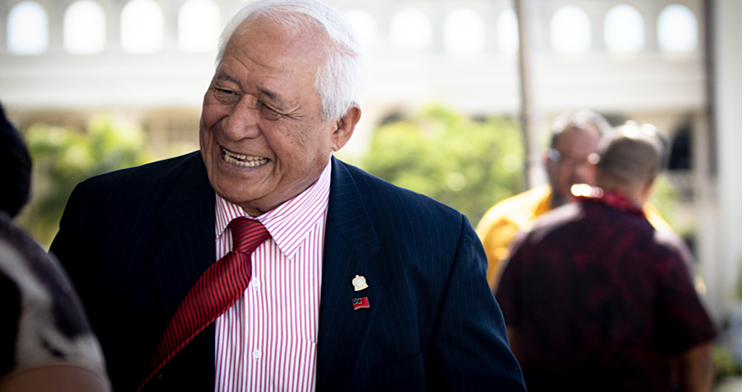