The Samoa-China Agricultural Technical Aid Project (S.C.A.T.A.P.) has been extended to phase five for the next three years.

Originally initiated in 2010, the project seeks to harness Chinese technical expertise in agricultural production to help Samoan farmers enhance their yields and move into new areas of production.

The Senior Agronomist of S.C.A.T.A.P., Jim Liu, confirmed the programme’s extension in an interview with the Samoa Observer.

These imports included the use of machinery such as for plowing, planting and harvesting. 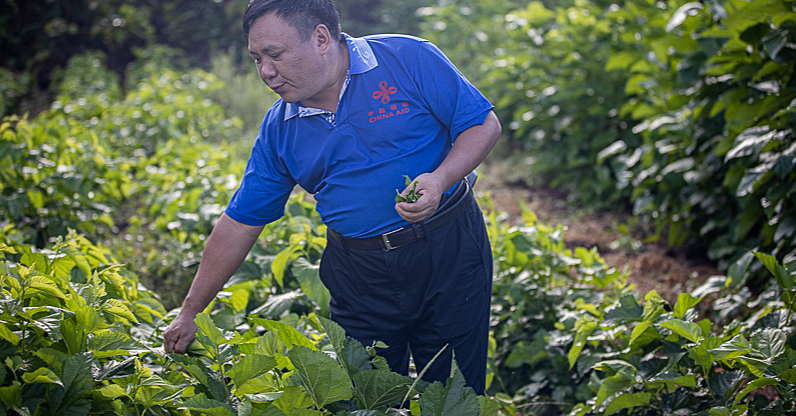 The Government of Samoan provided the land for a S.C.A.T.A.P. Demonstration Farm where the new techniques have been implemented and the fruits of the project have been visible.

In 2020, the project’s fourth phase concluded, a decade after its initial inception but Mr. Liu said that both governments have agreed to continue the project into phase five.

He also said that the S.C.A.T.A.P. Phase 5 aims to increase the technical level and production capacity of vegetables, citrus and broilers in Samoa.

He said the project would greatly increase farmers' incomes and deepen ties between Samoa and China.

One of the aims of S.C.A.T.A.P. is for Samoa to substitute imports of vegetable, citrus and chicken so that the country’s food security and the dietary intake of its citizens can be improved.

Mr. Liu said there are three agricultural experts currently in Samoa; other colleagues have left the country.

“We are waiting for nine more but we hope they will arrive by the end of March,” he said.

Mr. Liu also said that some colleagues previously employed on the project will be requested to be brought back from China.

“[Samoa is] importing huge amounts of chicken each year so therefore we are trying to establish a broiler industry and hopefully get farmers to get involved,” he said.

The fifth phase of the project will also focus on constructing a feed mill and other facilities.

Some 80 types of agricultural equipment and machinery are expected to be involved in these installations.

The Government of Samoa through the Ministry of Agriculture and Fisheries (M.A.F.) will be responsible for the project implementation. The M.A.F. will cooperate with the Chinese Expert Team to realise effective implementation of the project.