With the increasing number of violent cases against women and children, youth from around Upolu gathered at Tanoa Hotel to discuss ways to eliminate this ongoing issue. (Photo: Vaitogi A. Matafeo)

With an increasing number of violent incidents involving women and children, youth from around Upolu gathered at Tanoa Hotel to discuss ways to eliminate the ongoing issues.

The two-day training, which took place on Monday and Tuesday, is part of a project partnership between the United Nations Educational, Scientific, and Cultural Organisation (U.N.E.S.C.O.) and the Samoa Victim Support Group (S.V.S.G.).

The 12-month project is spearheaded by S.V.S.G. Juniors – the youth-led sub-group of S.V.S.G. - as part of the U.N.E.S.C.O. Spotlight Initiative to eliminate gender-based violence in Samoa. 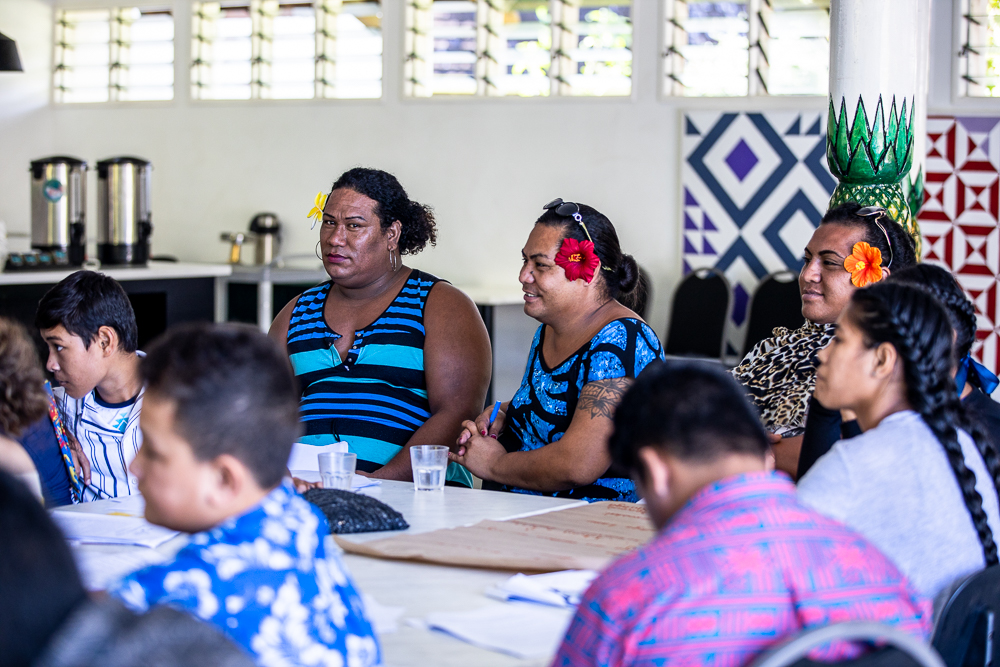 The initiative is targeting youth and focusing on 'respect' as a way to eliminate violence against women and girls.

In taking ownership of the project's focus, S.V.S.G. had taken the global #WithHer Campaign and localised it, calling it #SamoaWithHer.

During the training, the participants shared their views on some of the causes and solutions of violence within families. 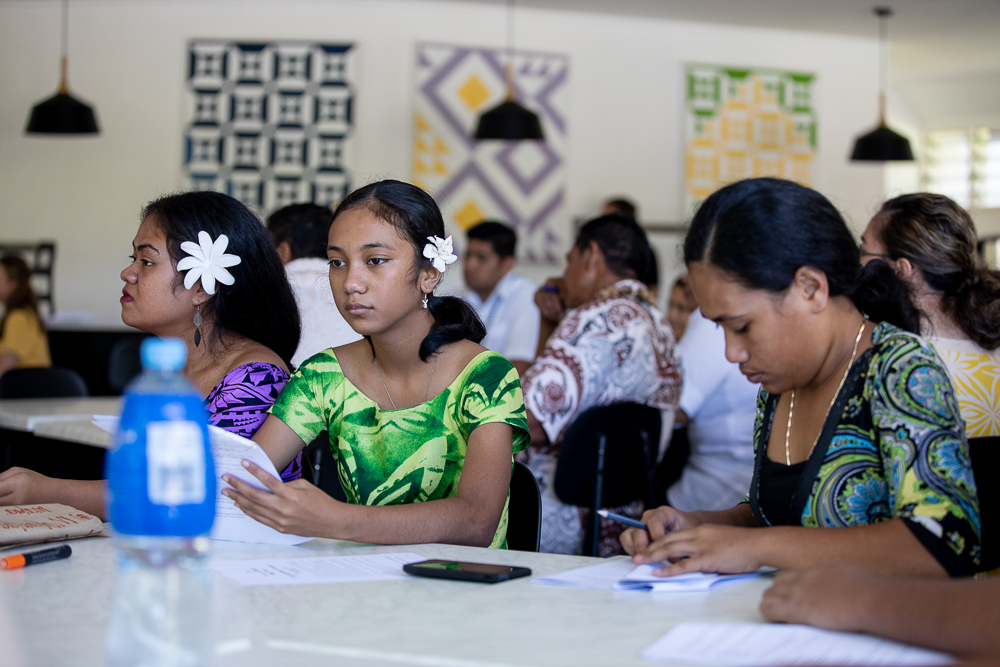 One of the participants, Annie Asueru said that reviving the Samoan cultural aspect of respect will help address the issue of abuse.

“I think that it is better to be more open and share problems instead of hiding these issues which will lead to many more.

“It is important to share and discuss ideas together so that everyone can try to provide ways or solutions to address the issue,” she added.

“One of the problems faced nowadays, in some homes, is alcohol abuse meaning the consumption of large amounts of beer and then causing conflicts after.”

Another participant, Tamutu Fraser told the Samoa Observer that the significance of these trainings is that they can learn new ideas.

“It is my responsibility to share what I have learned from this training to my fellow youth, and church, on ways to address violence.

“The Samoan culture of respect makes us locals unique, it is sacred. If we apply respect within our homes between couples it can make a difference to share disagreements instead of using force.

“There can be a lack of understanding and communication between couples that usually ends in conflicts and arguments,” he said.

According to a media statement issued by S.V.S.G., there is recognition that while Samoan culture supports respect by men and boys of women and girls, society has been undergoing changes.

The statement goes on to declare that although Samoan traditions include both male and female views, changes have created another reality that legitimises violence and abuse of girls, as traditional values are eroded.

The project is an attempt to bring these values of respect to life as living traditions, while empowering survivors of violence to take charge of their lives through improved knowledge of rights, skills, networking and exposure and enabling the use of social media to promote international networking, setting up virtual knowledge platforms and encourage mentoring.

An excellent outcome would be a change in mentality for young people regarding respect as an integral part of the Samoan culture, that if revived, will be a weapon against the scourge of violence.