This year, the A.P.S. intends to deliver a village-based clinic in five villages to vaccinate and treat dogs that normally couldn’t be brought to their clinic. (Photo: Anetone Sagaga)
Health

Clean and healthy pets can reduce the risk of scabies and other preventable diseases, the Animal Protection Society Chairperson Joan Macfarlane says.

Speaking to the Samoa Observer on Thursday, Ms. Macfarlane said there exists a clear link between human health and animal health and that one depends on the other.

Her comments come after a new paper on scabies and impetigo revealed rates of the latter infectious skin disease among Samoan children were among the highest in the world.

The paper, published in the Lancet, found 57.6 per cent of children had impetigo while closer to 14 per cent had scabies. Of those infected, one-third had active impetigo; some showed more than a dozen active lesions on their bodies.

Ms. Macfarlane said while A.P.S. was established to care for animals, the effect their diseases have on humans also motivates their work.

“As well as those health issues highlighted in the research, there are other diseases that can be transferred from pets to humans, like hookworm and giardia if people don’t dispose of animal faeces properly and it gets into the water supply.”

This year, the A.P.S. intends to deliver a village-based clinic in five villages to vaccinate and treat dogs that normally couldn’t be brought to their main clinic in Vailima.

They will vaccinate the animals against distemper, parvovirus, hepatitis, and parainfluenza, diseases that can seriously injure or even kill dogs. Some of these diseases can spread to people from dogs. 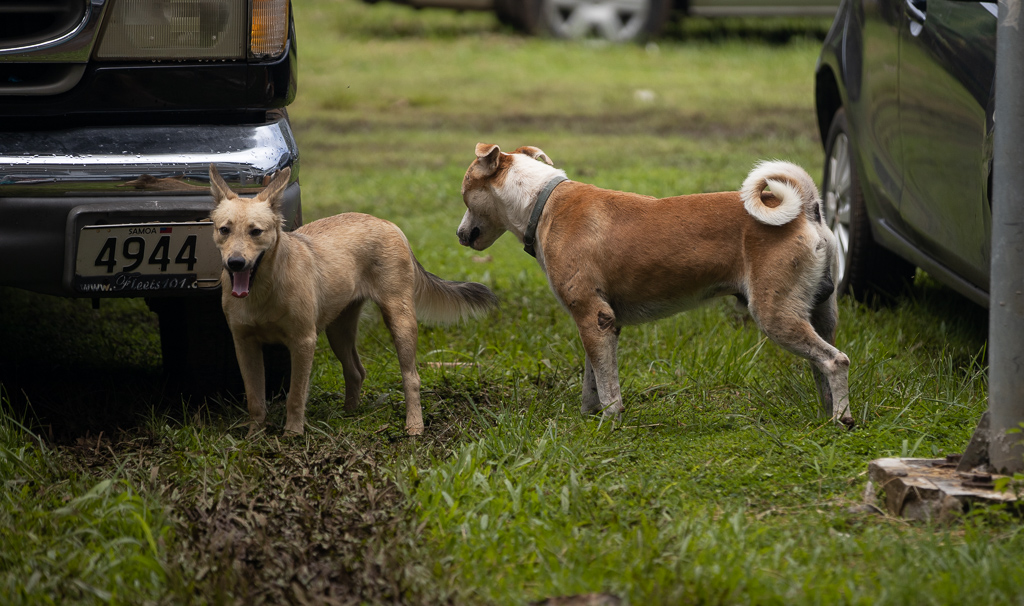 A.P.S. is yet to lock in every village involved in the programme, Ms. Macfarlane said, and she invited anyone to contact the service to see if their village could be suitable for a clinic day.

“A.P.S. is about the animal but one of the reasons we do what we do is because animal health is linked to human health,” Ms. Macfarlane said.

Dogs should be dewormed and receive flea treatment once a month, or every six weeks to keep them and those around them healthy, Ms. Macfarlane said.

Authors from the Peter Doherty Institute for Infection and Immunity, Melbourne School of Population and Global Health, the Faculty of Medicine of the National University of Samoa, the University of Otago and the Southern District Health Board in New Zealand also contributed to the study.

They report that of the 833 children studied (428 males, 397 females and eight unspecified), 476 had impetigo observed on them, of which 263 infections were active.

“So you keep asking the question why we have a poor selection of food,” said Leota.

“And if it relates to the economic status of the family then you ask again why. You keep asking why and the root of the problem is poverty.

“The survey suggests that there is a big percentage [of households] that needs to uplift and upgrade their living conditions, their homes.

“There is a correlation [between] the survey and the way of living and the magic word is resilient.

“When people talk about resilience they think of climate change and environment but we need to be resilient in our way of living, our social living.”

“We maintain that if people keep their animals healthy and provide proper care to their animals they will be more resilient and rise up against unfortunate events that may occur like sickness, floods, tsunamis, any of those things.”