Fenika and Amelia Tuna Faalave outside after the ceremony (Photo: Vaitogi A. Matafeo)

After four challenging years at Malua Theological College, Fenika Fa’alave, has emerged as its joint dux this year and one of two scholars bound for further study in Otago, New Zealand.

Speaking to the Samoa Observer after the ceremony, Mr. Fa'alave did not claim rights to the achievements which were bestowed upon him on Saturday. 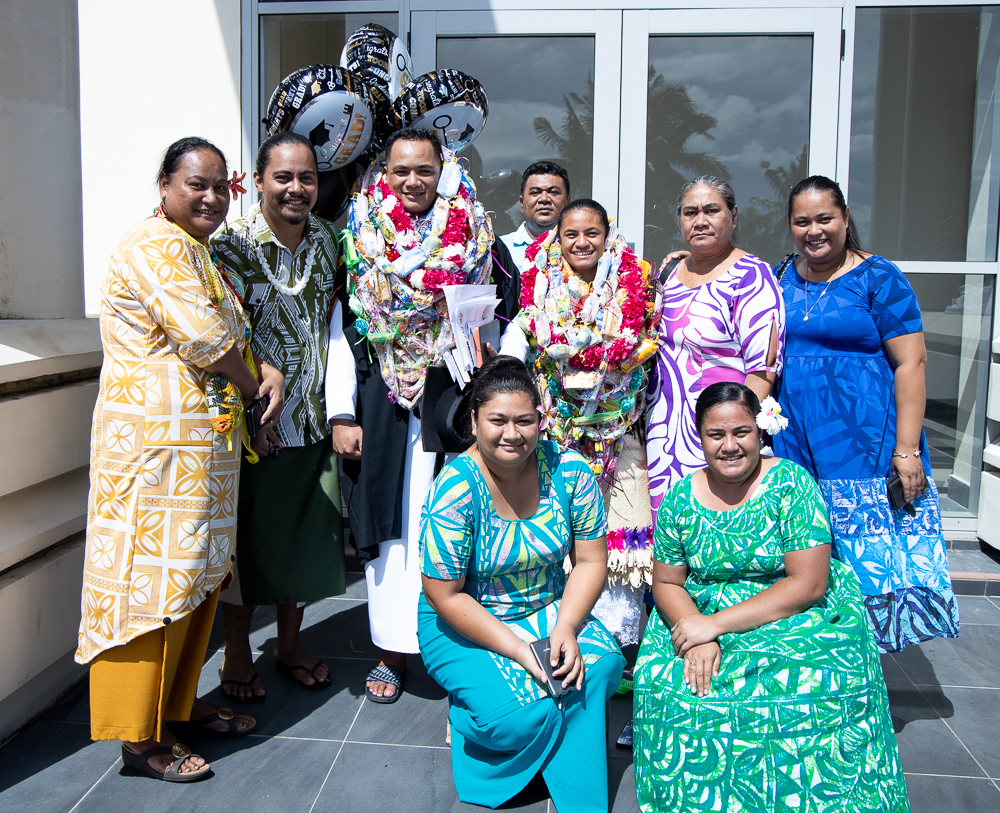 “It’s more of our family’s achievements, our churches and villages, everyone who has been involved,” he said.

“To us, it’s more for them; it’s the time for us to show them our appreciation for what they’ve done to support us and the goals and dreams of everyone else that put us through here and helped us get through the four years. So today is for them.”

Asked to name some challenges they faced in the last four years, the couple said they had come from every possible angle a person has: mentally, physically, emotionally and spiritually.

“The top one would just be thinking if this is the place to be; thinking if I should go back home because things are too hard,” Mr. Faalave said. “Everything becomes too hard, but prayers and talking to family and trying to find the strength to keep going is something that really makes it all count today.”

Although, for Mrs. Faalave, being away from home and immersed in a foreign environment was the biggest test.

“It’s been trying, coming to a different country and learning a whole new culture and whole new language especially when you're not familiar,” she said.

“But it’s been such an eye-opening experience, very beautiful place, and beautiful culture and being able to be welcomed with open arms has been one of the biggest things for me."

Other members of Mr. Fa’alave’s family have graduated from Malua.

Mr. and Mrs. Faalave say they will be relying on God’s guidance, just as when they began at Malua Theological College.

“So for us in the future, that’s the best way to go, even though there is a scholarship to think about and other things; everyone has dreams but I think the best way to go is to rely on God and see where He takes us, that way we don’t go wrong,” Mr. Faalave said.

The couple thanked their families local and overseas, who were not able to make it to their graduation reiterating, saying they had made Saturday’s event a possibility. 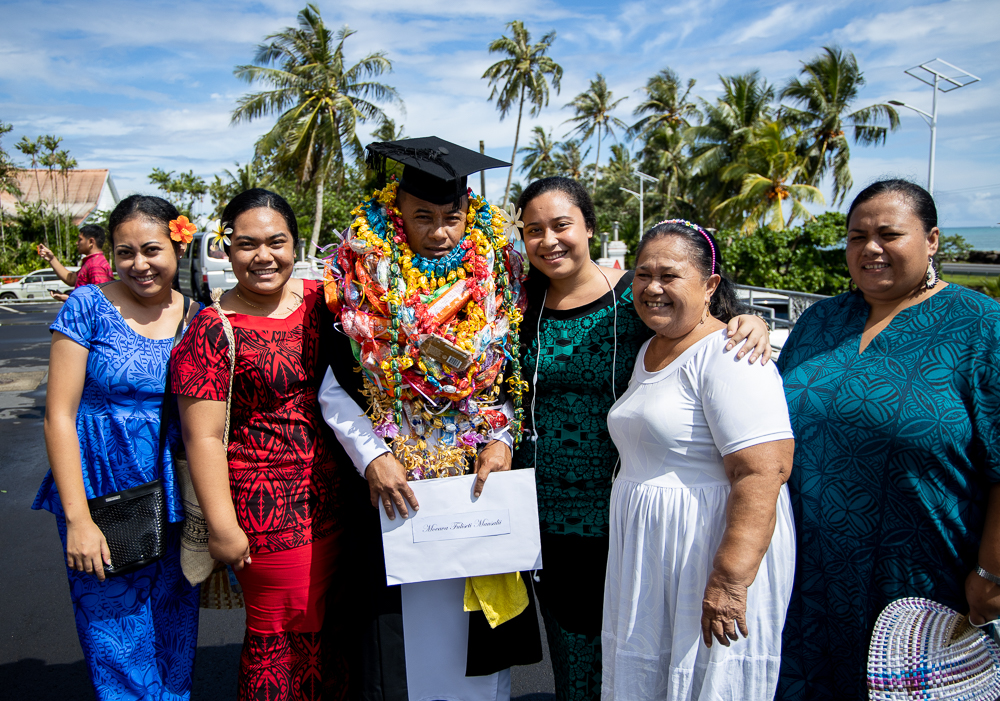 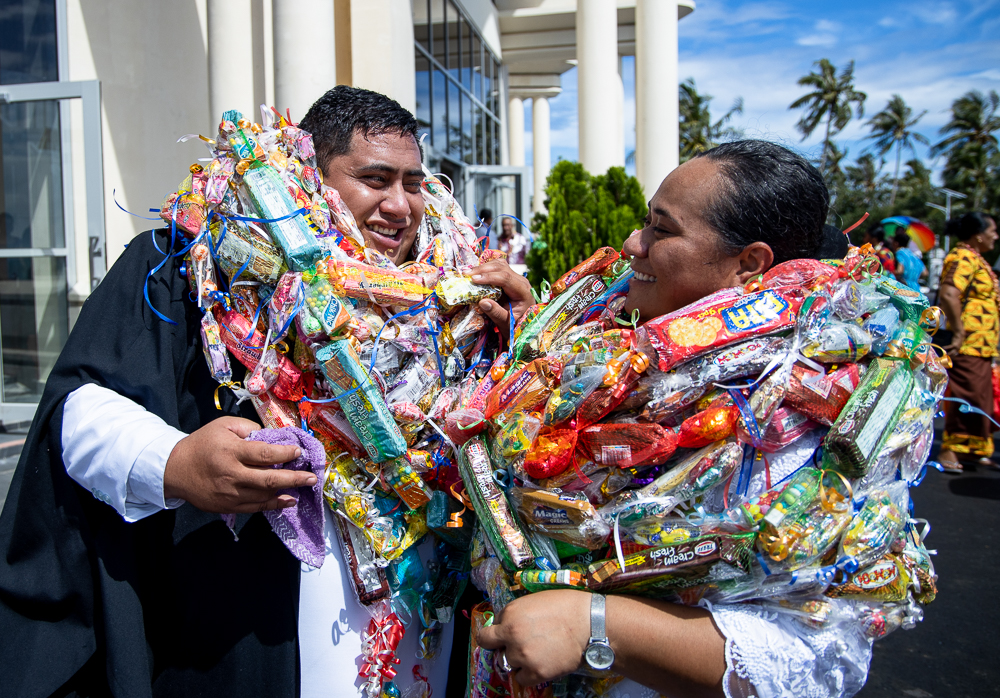 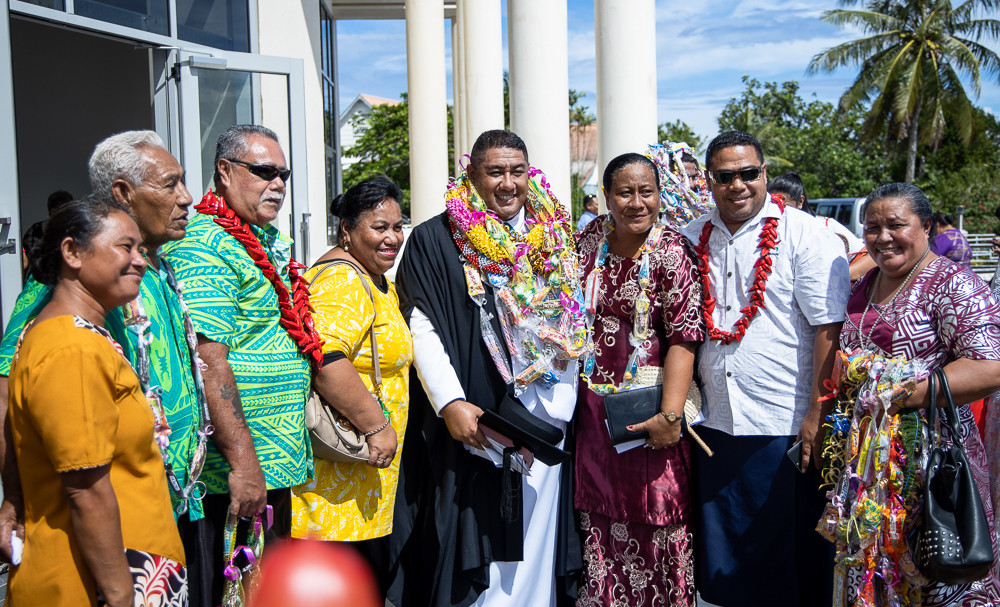 * This story has been updated to reflect the fact that thee Malua Theological College Merit Prize was shared between Fenika Fa’alave and Fetu Fetu.