Seventeen-year-old Danise Margraff is the 2020 Year 13 dux at the Robert Louis Stevenson College and came out on top in spite of a tumultuous year.

The Siusega resident was the top student in accounting, economics, english, maths and computer studies in Year 13 this year and was declared the dux by the college in a presentation ceremony on Thursday.

Speaking to the Samoa Observer after the presentation, Ms Margraff said she was overwhelmed by her achievement and the role that her family and friends played in her academic success.

However, she said the success of her older brother Vensel at the R.L.S.S. four years ago, inspired her to push herself to succeed this year despite its many challenges. 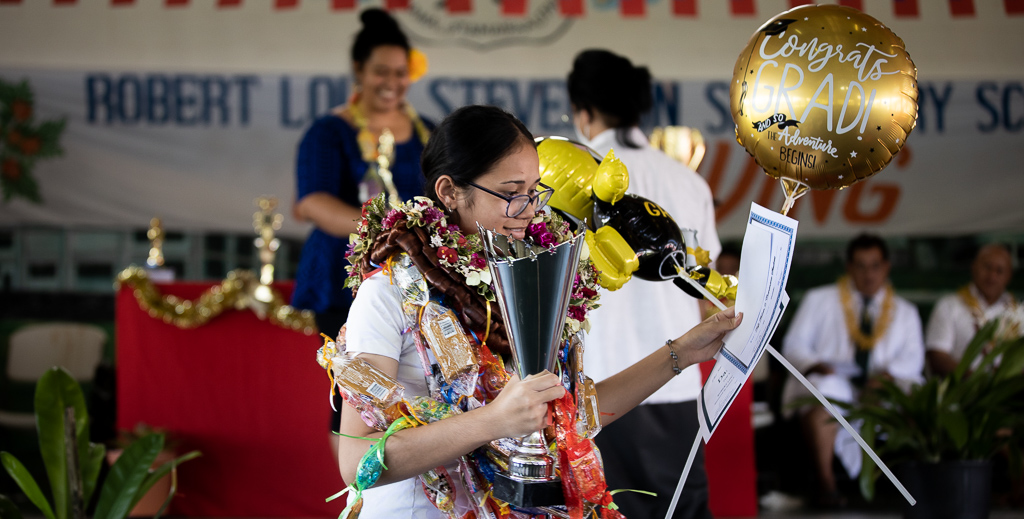 "First and foremost I’m truly humbled with all the achievements I received today. But I know none of that would have been possible if it weren’t for the Lord by my side, as well as my family, friends and teachers. I’d like to gravely acknowledge them, especially my brother who is in New Zealand," she said.

"He was my role model for this year and my inspiration to pursue my goals and also my grandmother, she’s sick right now but she played a huge part in my academic year through her silent prayers and support, and I’m truly grateful for each and every one of them.

"I owe it all to my family. My brother was really my motivation this year; he really helped me with my studies, because he’s been here before as well and so he always reminds me why I started and reminds me of the efforts my parents have put in to get me here and I’m truly humbled by all that."

Ms Margraff added that by surrounding herself with the right crowd, she was able to overcome challenges posed by the COVID-19 pandemic as well as social media distraction. 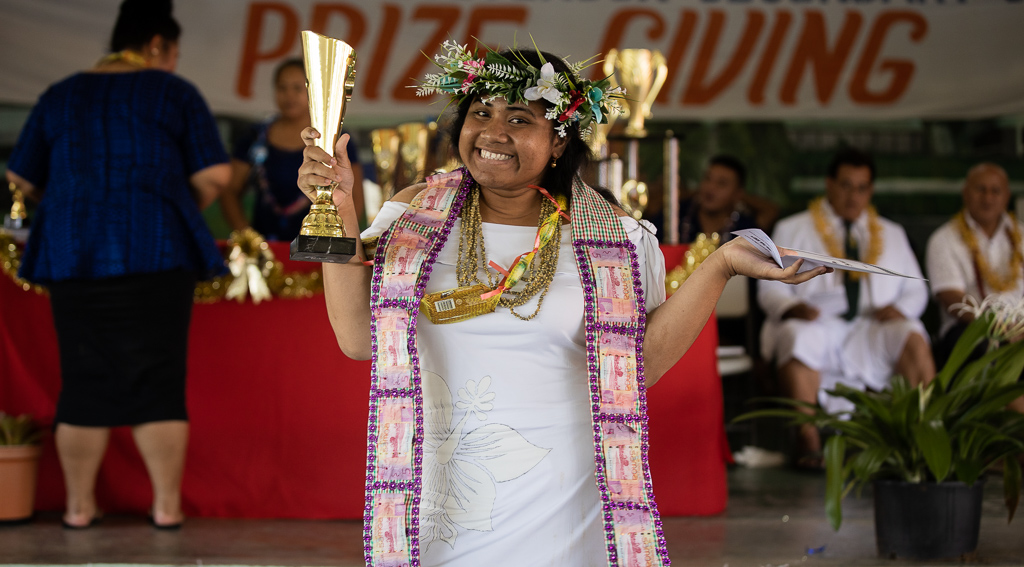 However, she admitted that she still felt the effects of these challenges.

"This year definitely hasn’t been my best year with COVID-19 and I came across a lot of challenges such as social media distraction, COVID-19 which caused the six weeks lockdown at the beginning of the year.

"It not only took a toll on my studies but as well as my mental health, but with the right people around, it helped me overcome those obstacles and I’m so grateful for that.

"It mostly affected my finals and I know that I dropped a bit in finals, compared to my mid-year results, but if it weren’t for the constant reminder from my parents, I know that I wouldn’t be able to receive all the achievements I’ve gotten today." 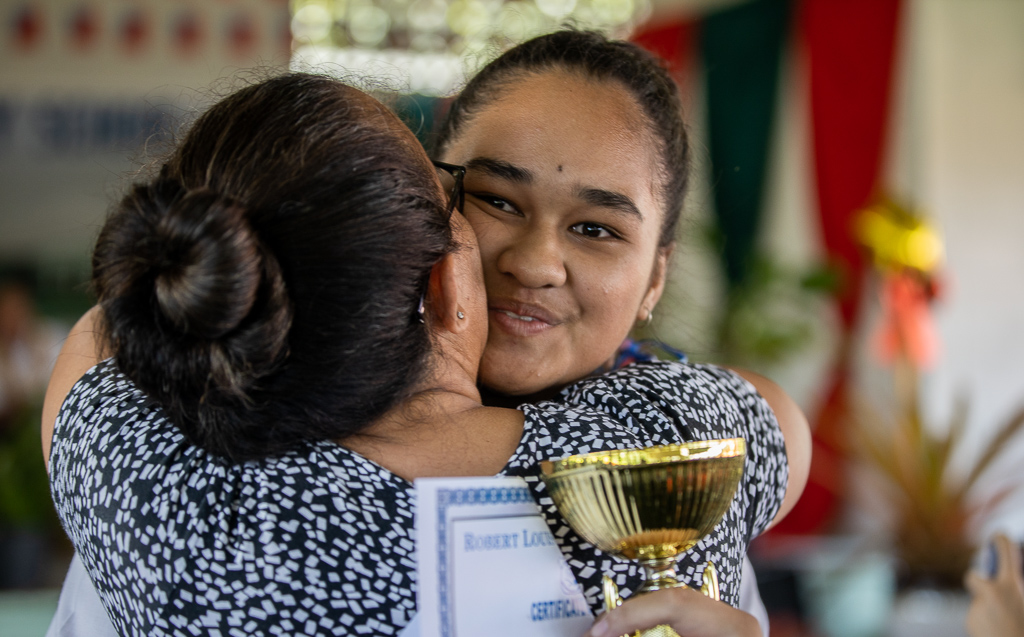 In terms of the future, Ms Margraff said she is still unsure what career she wants to pursue, though working in the field of ICT continues to be an attractive proposition, due to its impact on Samoa and the world through globalisation.

"I’m not really exact with what I want to be right now, but I definitely do aspire to pursue a degree in the field of ICT, mainly focusing on business information analytics and I believe it could be of great value to Samoa and the world with the effects of globalisation,” she said.

Next week she will sit the Secondary School Leaving Certificate (S.S.L.C.) exam with other students, who she said would need re-adjusting as they just held their graduation, and now have to prepare for another upcoming examination.

"It was kind of weird because it’s the first time we’ve had graduation before we have S.S.L.C. so my mind was on something else rather than preparing for my S.S.L.C. But God-willing I know I’ll do well hopefully," she said. 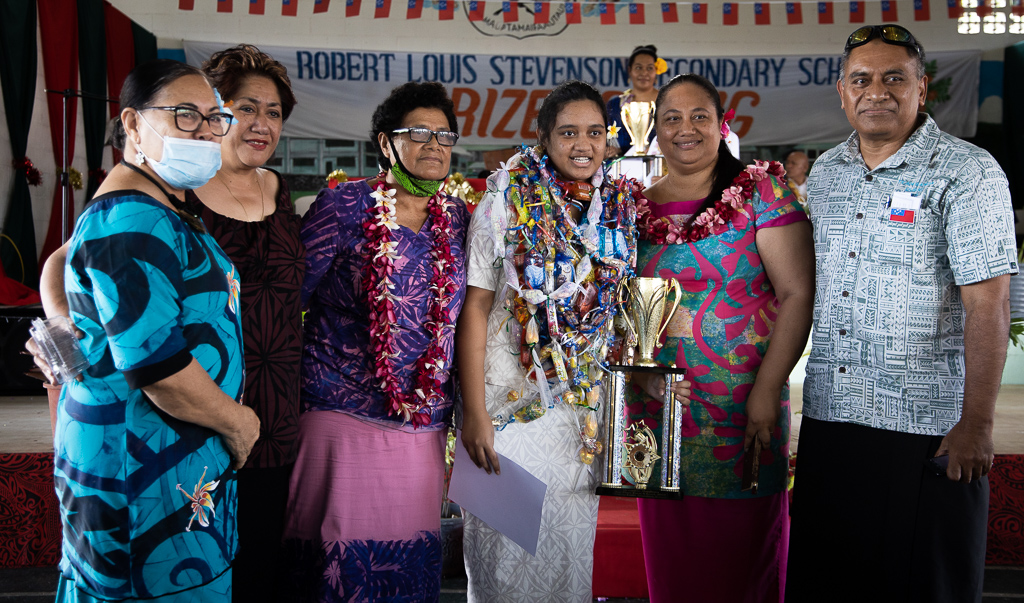 The next chapter for her is university studies in 2021, though she admits she is nervous about going to the National University of Samoa (N.U.S.).

"Not really excited but probably nervous because we haven’t even had our tour of N.U.S. so I’m really nervous to see what the next step is for me," Ms Margraff said, while laughing.

"You always have to put your mind on something that you really want and remember why you started. That was always my quote that was in mind that kept me going."

Over 100 parents, families and relatives gathered at the college’s hall to witness the presentation of prizes and certificates of merit to this year's best performing students from Year 8-13.