The sailor who tested positive for COVID-19 on Wednesday will be tested once more on Saturday, with samples being sent to New Zealand to fully confirm whether the coronavirus has arrived in Samoa.

In a post-Cabinet press conference on Thursday afternoon, Director-General of Health Leausa Dr. Take Naseri said the sailor has been tested twice since his first positive test on Wednesday and will be tested once more on Saturday for COVID-19.

The second two test results were negative, but the Ministry of Health is operating on the assumption that the case is positive while investigating whether there could have been human error involved in any of the tests.

Leausa said the Ministry is sending swabs to New Zealand on Friday to determine where the case is a “true positive or false negative,” and has contacted Italian officials to learn his medical history while employed in Italy.

The Ministry expects results from New Zealand the same day.

All 274 passengers who arrived in Samoa on Friday 13 November were tested on Wednesday and will be monitored closely for the next nine days, Leausa said, but so far just one sailor has tested positive.

The sailor, like all other passengers on the flight, boarded with a negative COVID-19 test from within three days of travel.

The National Emergency Operations Centre [N.E.O.C.] has alerted all the passengers and their families personally to advise them of the situation, Interim Chair Agafili Shem Leo said.

He also confirmed all the sailors, who travelled from parts of Europe, were seated together at the back of the aircraft when they travelled to Samoa, and have been in one quarantine site together.

Just one pair of men opted to room together, including the one sailor who tested positive. He and his roommate are in isolation together in the Special Ward at the National Hospital in Motootua.

Speaking to the Samoa Observer after the press conference, Leausa said neither have symptoms of COVID-19 and are strong, eating well and have no unusual temperatures.

The positive case travelled from Italy to Auckland via Dubai, which has been the origin of several positive cases caught in isolation in New Zealand.

Agafili confirmed that New Zealand has not reported yet whether anyone else from the Dubai flight, now in quarantine in New Zealand, has tested positive for the virus yet. People in New Zealand are tested on the third day of isolation.

He did confirm that as per the national requirement, the sailors would have been in Auckland less than 24 hours before transiting to Apia.

A New Zealand Ministry of Health spokesperson said it has contacted Samoa about the case and will provide further details as appropriate, saying it is likely another update will be made on Friday.

“At this point, we believe the individual would have been in transit through New Zealand,” they said. 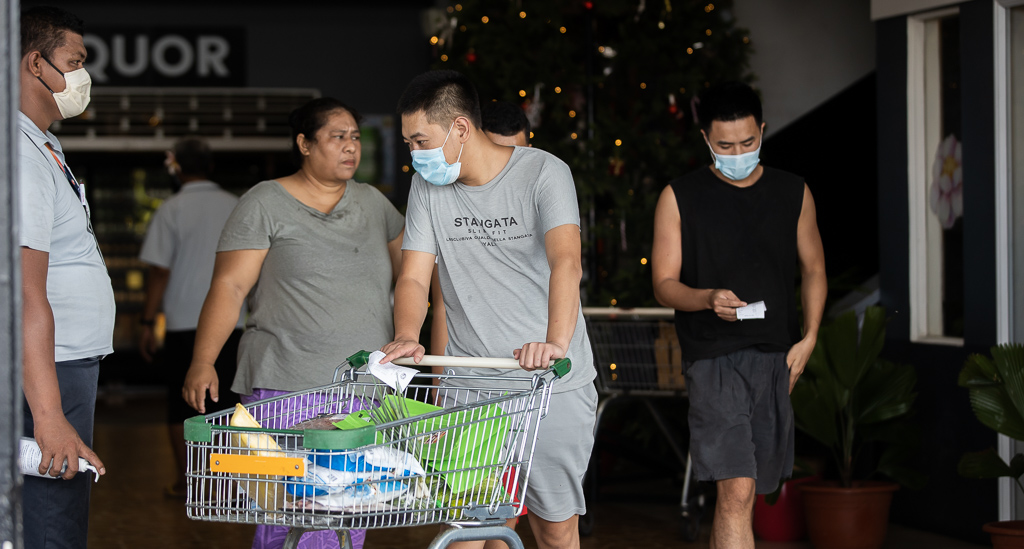 Repatriation flights to continue as scheduled for now

Next Friday, Samoa will be welcoming home 300 citizens travelling directly from Los Angeles, which the N.E.O.C. is considering a “high risk flight.”

Citizens are converging on L.A. from parts of Europe, North and South America and Hawai'i to get home.

The Government will not be cancelling or postponing the flight but has placed a request with the New Zealand Government for the passengers to undergo a two week quarantine there before coming home.

“We have requested the New Zealand Government and they have acknowledged they have received the request, the process of discussing that we leave to Prime Minister Ardern and Prime Minister Tuilaepa,” Agafili said.

“No decision has been made so far but Option A is for them to fly directly to Apia.”

If New Zealand agrees, the Government might ask for the same courtesy for passengers travelling through New Zealand to get to Apia on Friday 04 and Monday 07 December, but that has not been specifically requested for yet, Agafili said.

For now, all incoming citizens will not be asked to undergo longer quarantine periods here in Samoa, with two weeks still the expectation.

Agafili said if the situation requires it, Leausa will make a submission to Cabinet, for Cabinet to decide if to extend quarantine.

Meanwhile he applauded the people of Samoa for responding to the news with calm and taking personal actions to protect themselves and others.

“It was a different scene in the town area this afternoon, people were seen with facemasks and this is a positive sight for us,” he said.

“We need to work together.”

He urged people to wear masks on public transport in particular, and to protect the elderly population. 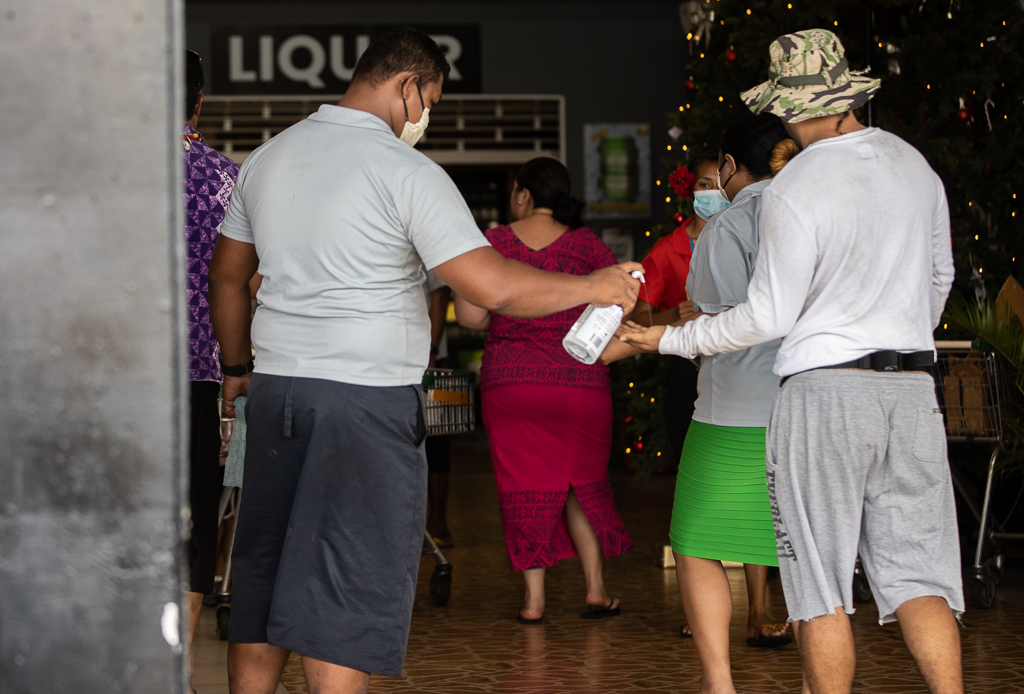 State of emergency extended, no changes to orders: P.M.

In a press conference immediately after the N.E.O.C. addressed media, Prime Minister Tuilaepa Dr. Sailele Malielegaoi urged the public to be patient, and trust their health sector and emergency operations sector who are well prepared for today’s event.

He said school closures are not necessary and that for now the state of emergency orders will not be changing.

The orders are in effect for one more month.

Tuilaepa also urged people not to attend funerals and not to travel between Upolu and Savaii.

To the nearly 900 people still to return home on the upcoming repatriation flights, Tuilaepa urged them to be alert to the risk of carrying the virus home, and to stay safe until they travel.

It was his second public address of the day, after delivering a live address at 8:30 on Thursday morning to alert Samoa that it had recorded its first positive case, at the border.

In his address, Tuilaepa said Police were dispatched to the hospital for security reasons and to ensure there is no breach of the men's isolation conditions.

“It’s all systems go for the Government’s COVID preparedness and response plan,” he said this morning.

“At the same time [it is essential] for the country to remain calm. Let us continue to remain calm and not to lose our faith in our never-ending divine blessings from our Father in Heaven.”

Air New Zealand declined to comment on how the case might affect future travel in and out of Samoa and referred this newspaper to the Government of Samoa.

Samoa is the latest Pacific Island country to get a case of COVID-19 at the border after nearly a year of managing to avoid it.

Last week Vanuatu reported its first case of coronavirus at the border in a repatriated citizen who flew from the United States.

Since the discovery, a strict lockdown was imposed and has been lifted, after 17 close contacts and 12 others with potential exposure tested negative twice for the coronavirus.

The Government has also decided to take the general quarantine period back down to 14 days after initially increasing it to 28 days when the case was announced.

However people from countries deemed as "high-risk" are still not allowed to enter Vanuatu until further notice.