A second test conducted at 6am this morning had returned a negative result, the Prime Minister said. (Photo: Vaitogi A. Matafeo)

The Prime Minister addressed the nation about 8.30am in an address carried live on television and radio.

He said that a man in a quarantine facility - a sailor - who had flown to Samoa from Auckland last Friday, had tested positive for the virus. But he noted a second test had returned a negative result.

The man is now in an isolation unit at the Tupua Tamasese Meaole Hospital.

It was later revealed on Thursday morning that the man was travelling with 25 sailor colleagues from Europe who arrived with a total of 274 Samoans on the repatriation flight, on 13 Friday.

But is was later revealed after Tuesday morning's press conference that the man's roommate from his quarantine facility - another sailor, from Europe - had also been isolated for security reasons.

Police have been dispatched to the hospital for security reasons and to ensure there is no breach of the men's isolation conditions.

During this morning's press conference held at the Government building, the Prime Minister said passengers had been obliged to provide proof of a negative COVID-19 test prior to being allowed to board the flight.

“After four days [in quarantine] tests were conducted and a sailor was [tested positive] and he was immediately isolated, as per usual procedures and the Police are stationed there for safety reasons," the Prime Minister said.

“It’s all systems go for the Government’s COVID preparedness and response plan.

"A second test was conducted at 6am (Thursday) and it came out negative and these things happen, hence the press conference to inform the public over this matter.

"At the same time [it is essential] for the country to remain calm.

“Let us continue to remain calm and not to lose our faith in our never-ending divine blessings from our Father in Heaven." 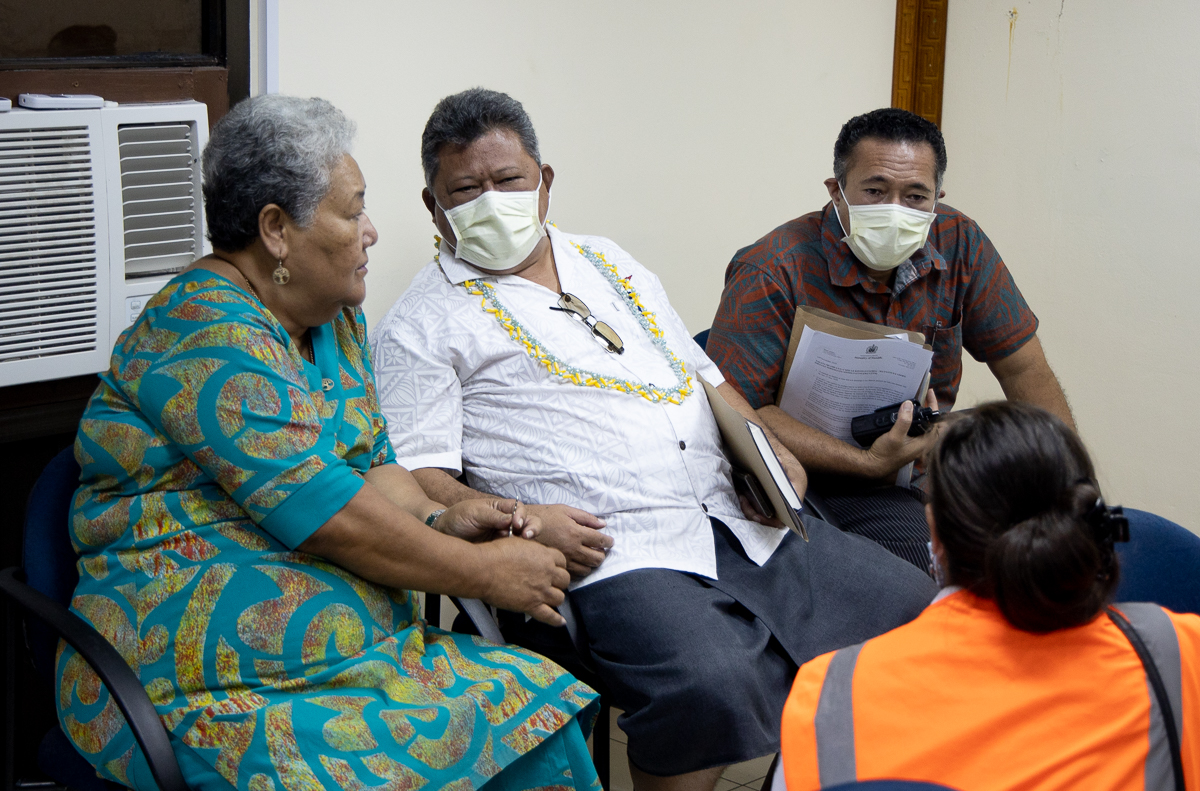 The Prime Minister said it had been nine months since the Government had declared a state of emergency in response to the global pandemic.

He said that despite Samoa not previously having recorded a positive case, the Government stood ready to combat the potential spread of the virus across the country.

“We now have one case, and [Samoa] will also be added to the countries of the world that have the coronavirus,” said Tuilaepa.

He said the Cabinet will meet and a press conference will be held in the afternoon to advise the public whether the news would result in changes to the current state of emergency procedures.

“However, fortunately, a [vaccination] that currently going through trials but once it is completed, and then we will get those vaccinations for us," he said.

Asked about the people the sailor was in contact with on the plane and during quarantine, the Prime Minister said the Ministry of Health and National Emergency Operations Centre was doing everything they could to ensure the virus had not been transmitted to them.

The Prime Minister said the Cabinet would now review plans for a further repatriation flight from North America, scheduled for 27 November.

The flight has been scheduled to bring more than 300 passengers from Europe, North and South America and Hawai'i in a dedicated charter leaving from Los Angeles.

Until now Samoa has been on a list of fewer than 10 nations to have never recorded a case of the coronavirus.

Samoa Airways' Board of Directors and its Chief Executive Officer are part of an investigation into the national carrier's alleged failure to produce legally required financial statements, the Samoa Observer can reveal.